As the weather had taken a turn for the worse I decided on a short walk and in a different direction to my usual route. As I left the flat I scanned the meadow facing me, the usual Red-legged Partridges were there, along with Wood Pigeons and a single Common Pheasant. 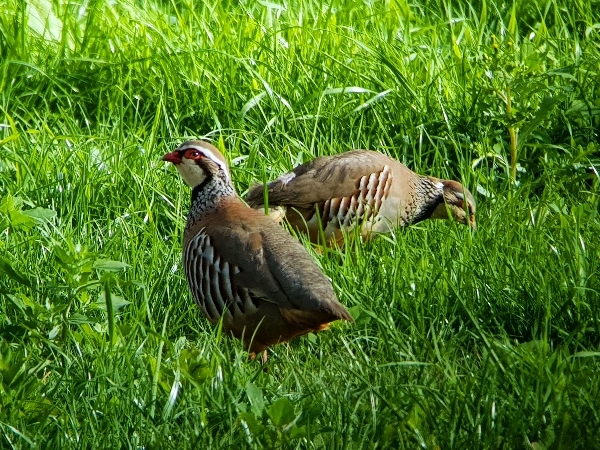 my best picture yet of the Red-legged Partridge

I walked along the lane to towards the railway station and at the road-bridge over the stream I saw a Grey Wagtail, it was a  male and he has been singing from various song posts near this bridge for the last week or so. I assume this pair have a second brood along the way.

At the entrance to the Yeo Valley I turned south in the opposite direction and went under the railway bridge to view the large meadow which has been left fallow this year. 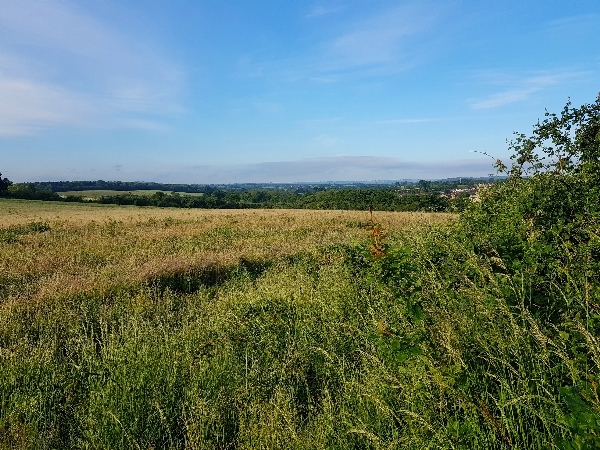 Knee deep grass covers the meadow and I'm glad to see it hasn't been mowed this year, that gives the local Skylarks a chance to breed.

I walked uphill to view the hedgerows and the whole meadow, a Green Woodpecker flew up from the path and headed over the train station into the Yeo Valley. I also heard Great Spotted Woodpeckers calling and then a juvenile landed on the side of a telegraph pole. The parent flew over and fed it some breakfast and before I had chance to get the scope on the adult, it flew off. 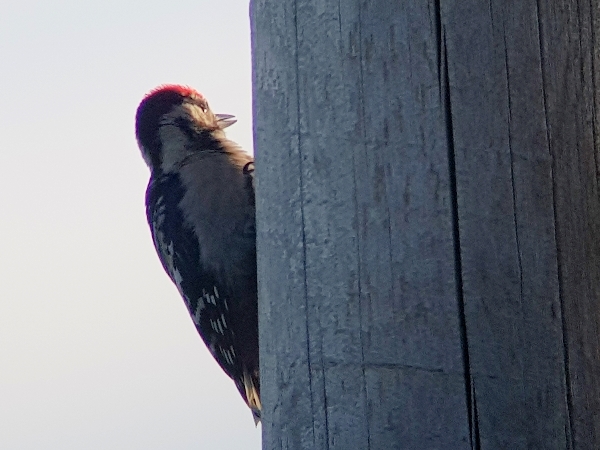 During my last visit here some weeks ago I watched a Chiffchaff singing from the telephone wires, he was still there today. The pair of Starlings were still hanging around their nest hole in one of the poles and their offspring were with them and a bunch of other fledglings joined them.

A party of Great Tits were foraging in the hedge, the chicks still being fed by the adult birds and a Song Thrush burst into song just above them. I saw Blackcaps, Wrens, Robins, Dunnocks and many Blackbirds. It seems that all the common species have done really well this spring with lots of young birds around. 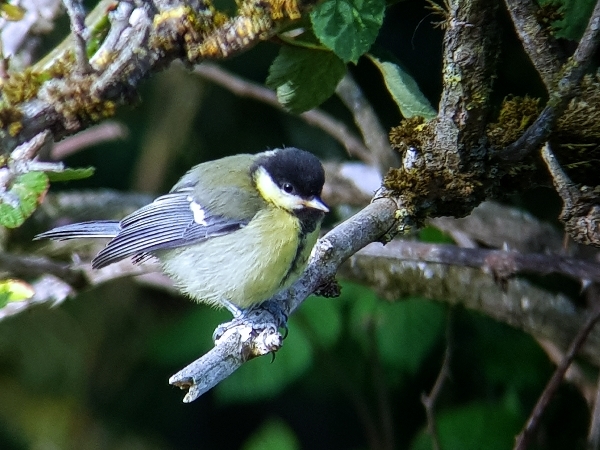 A large party of House Sparroiws were flying in from the village and collecting food from the Cow Parsley plants, I took a photograph of one of them because up to now I don't think I have a shot of a Hopuse Sparrow in the 'lockdown' archive. 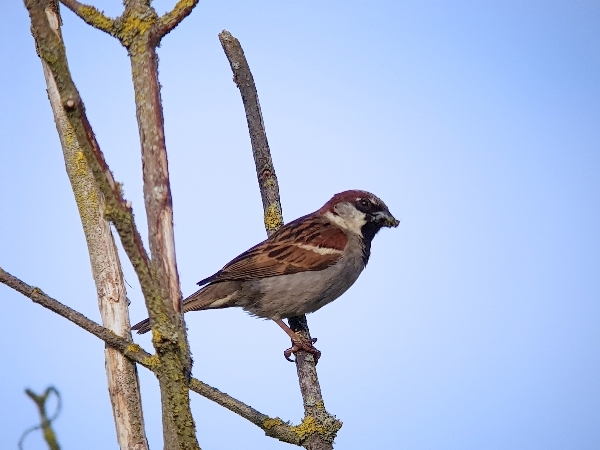 I left the area after an hour and went straight home. Other birds seen during the walk include: Common Buzzard, Common Swift, Barn Swallow, House Martin, Herring Gull, Goldfinch and Grey Heron.

Dawn and I spent the rest of the day in the garden, we created a new border around the lawn so that we could put in some expensive plants, ouch! The ground was soft after yesterday's rain but the hit on the wallet will be rock hard!