WEATHER: very cloudy and really windy to start, later the wind dropped and the sun came out. Temp 15C

It was quite chilly this morning so I took a light waterproof jacket but I never needed it. Once I got into the valley I was pretty much sheltered from the strong wind. A few more birds were singing today which was nice, Blackcap in the lane along with Robin, Wren and Grey Wagtail. A Jay appeared on a fence post but it flew off too quickly and I never got a picture.

I went to look at the Nuthatch nest to see if anything was happening, it looks like disaster for the Nuthatches as their nest entrance has been vandalised once again. It look as though a woodpecker has broken the muddy wall and entered the nest hole, if this was a Great Spotted Woodpecker then it would have devoured the chicks if there was any. 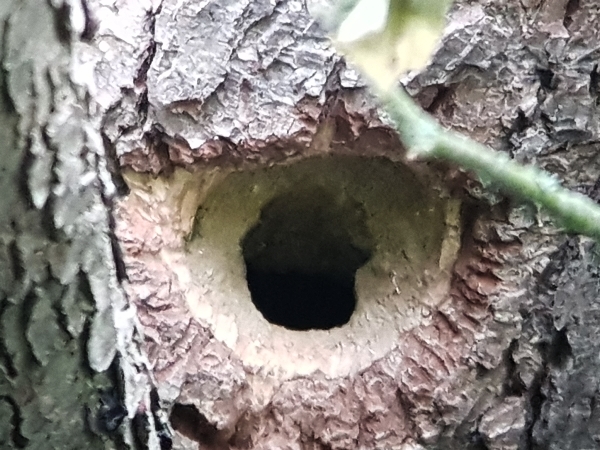 The damage to the nest hole entrance of the Nuthatch

At the Kingfisher nest site I enjoyed prolonged views of the male Kingfisher, he sat posing for before he flew up to the nest. he was carry tiny pieces of food so I assume that the chicks are still very small. 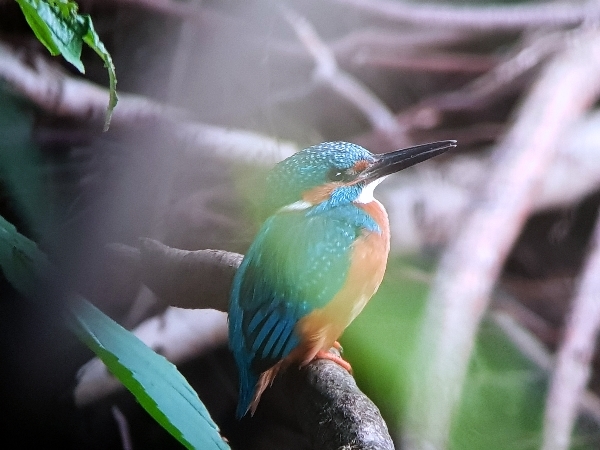 if you look carefully, the beak of the Kingfisher is not fully closed, because he has a mouth full of food for his chicks 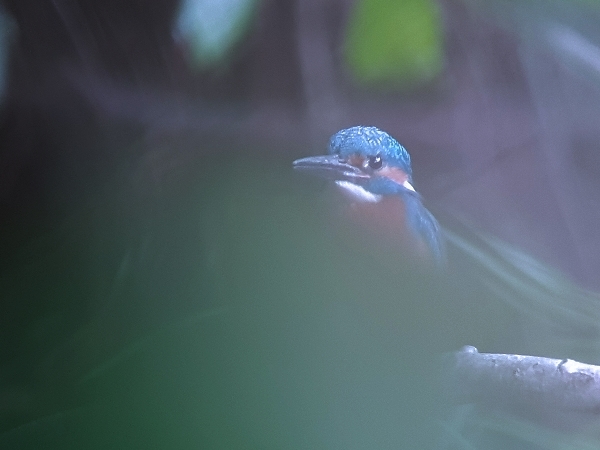 The River Yeo is looking very low at the moment, we do need some rain, it was quite windy all along the river bank until I got behind Rook's Hill and into the side valley. My god did I have a shock when I looked along the river with my bins. I saw a Mandarin Duck with 4 fairly large chicks, I think these may be the remainder of the brood of 8 I saw a week or so ago. That wasn't the shock! When I focused my attention further down the river I saw a CROCODILE sitting in the water with its mouth wide open!!! 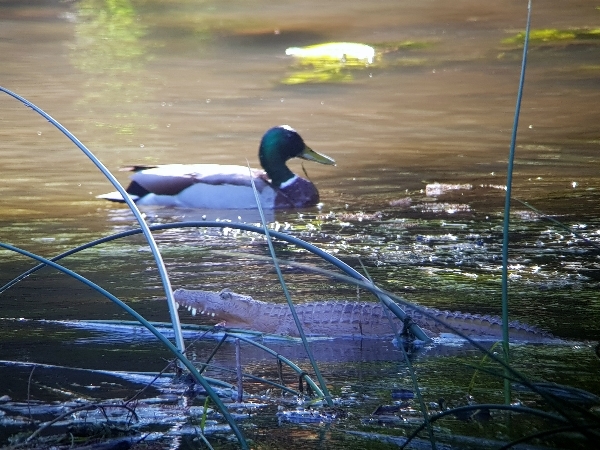 Tha Mallard and the Crocodile?

Then I realised that it was bobbing in the water, it was of course a plastic one, but it startled me nevertheless. That it was plastic was confirmed when a pair of Mallards swan up near it and totally ignored it.

Other birds seen during the walk include: Grey Heron, a pair of Ravens, Herring Gull, Linnets, Goldfinches, Common Starlings and the usual pair of Red-legged Partridges in the meadow.

After lunch dawn and I spent the afternoon working in the garden, our newly created border is now complete, now for the expensive bit!