Yes it was very cold as I stepped out of the door at 6am this morning, it was quite windy too which made it feel even colder. I quickly scanned the meadow outside our garden and saw Stock Dove, Common Pheasant, Red-legged Partridge, Wood Pigeon and for the first time a Mistle Thrush! 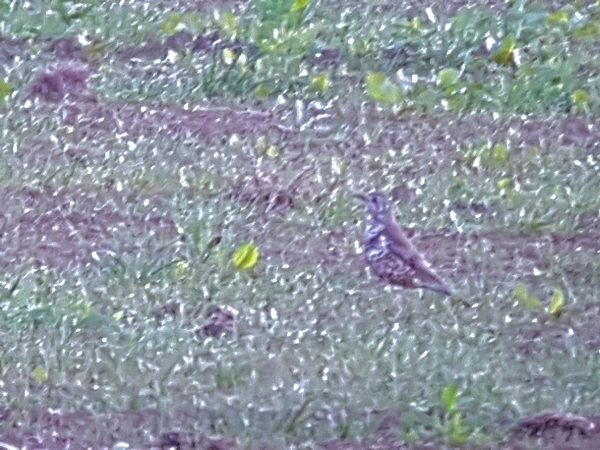 just a record shot of the Mistle Thrush, it was a long way off and the light was poor!!

I drove 12 miles to Hilside Nature Reserve and along the way I saw a Common Kestrel hovering over the A37, a new bird for my June list. On arrival at the Hilside woodland reserve I made my way straight to one of the grass meadows within the woodland. I found some shelter from the wind there and for the next couple of hours I spent my time trying to photograph warblers. My hands were freezing and I really shouldn't have worn shorts!! 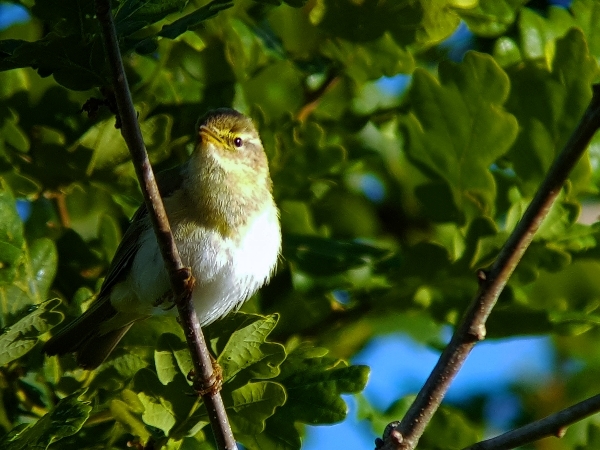 The elusive Garden Warbler was living up to its reputation, it took ages for me to find one in the scope never mind take a good picture of it. But I perservered and got a record shot. 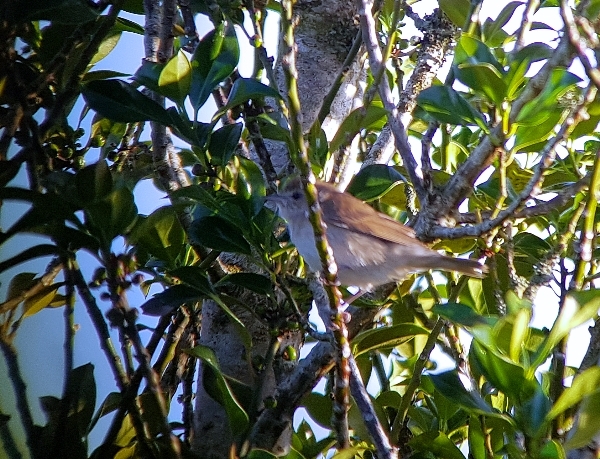 The only presentable shot of the Garden Warbler

Much easier to find was the Willow Warbler, he was happy to sing out in the open and gave me great views. Likewise the Chiffchaff, but the Blackap was not so obliging. A female Yellowhammer appeared at the top of one of the bushes (just like it did the last time I was there), but before I could shoot it (with my camera) it had gone. 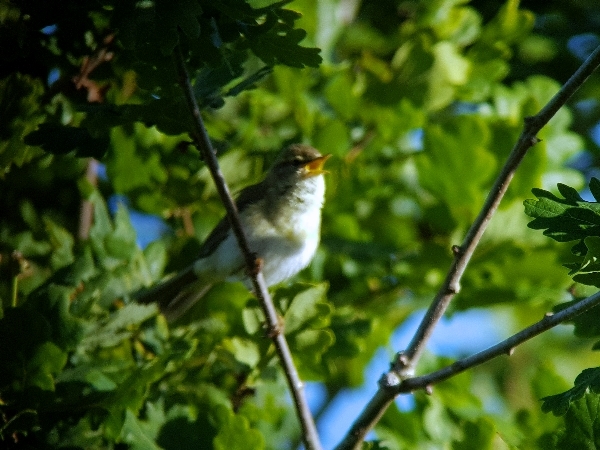 On the way back home I made a quick decision to visit Sutton Bingham Reservoir, I knew it would be very windy there but I wanted Great Crested Grebe for the June list. I never got out of the car, I parked on the main causeway and scanned with my bins for the car. I saw 20+ Herring Gulls, dozens of cold Mallards, a couple of Lesser Black-backed Gulls and many more Great Crested Grebes, which happens to be species number 60 for the June List.

Danw and I went to a couple of Garden Centres after lunch, you can now officially call me 'Bobby-thin-wallet'. I can't believe that they charge £7.99 for a Foxglove, I could go into the meadow with a spade and make a fortune!!!