WEATHER: dull, dark clouds loomed overhead at 6am but it brightened up considerably by 7. Quite windy, rain in the afternoon

I was out again today, back on my patch and enjoying all my local sights and sounds. I have been enjoying wildlife for most of my life, I can remember those egg-collecting days in the late 50’s and early 60’s and even before that my dad used to take me and my two brothers fishing, often to a canal, where I remember seeing Moorhen, Grey Heron and Kingfisher for the first time. So it been well over 50 years that I have watched wildlife and today I saw something that I had never seen before, details later…….

At 6am the sky was cloudy but it looked brighter to the southeast which was the direction of the wind, I took my rain jacket just in case. The bird song was quite muted as I walked to the Green Woodpecker’s nest hole, I only heard Wren, Blackbird, a distant Song Thrush and a Chaffinch. The Woodpeckers were still feeding their large chicks, they look as though they are almost ready to fledge, I hope I am there when that happens. 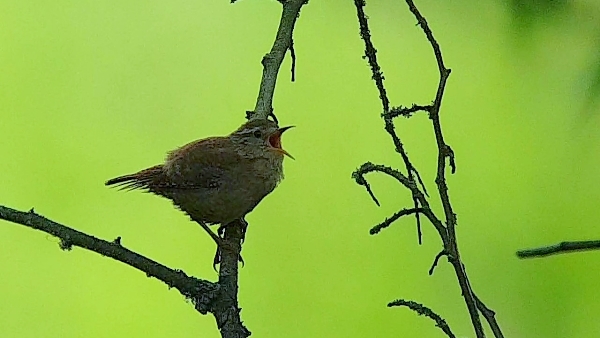 one of the 10 Wrens holding territory along my walk

I saw the Kingfisher near its nest but I never stayed to wait for it to return and apart from that I saw little else until I got to the adjoining valley where the river Yeo flows into my patch. I heard another Green Woodpecker calling, I also saw great Spotted Woodpecker, Long-tailed Tits, Blackcap and Chiffchaff. 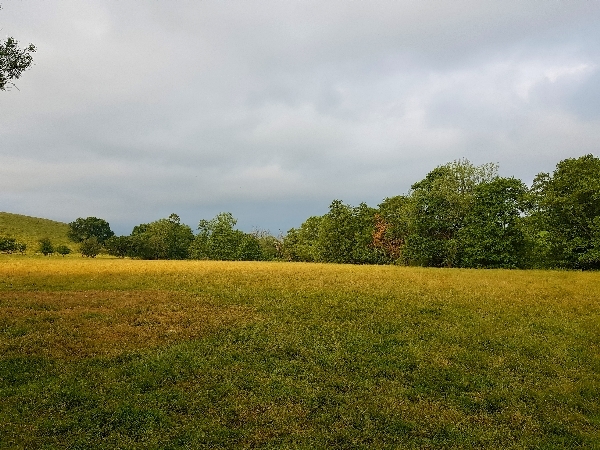 a moody sky over the valley

It was there that I had my new wildlife experience……………….a small mammal swam across the river and as soon as I saw it I thought, ha, ha! A Water Vole. Which in itself would have a been a first for the valley.....But when I lifted my bins up and focused on the swimmer it was, in fact, a MOLE!!!  I couldn’t believe it, I didn’t even know that Moles could swim. It was too late for a picture, but I tracked the animal once it had reached the other side because it immediately dug itself into the earth and I could see exactly where it was going by watching the movement of the surface debris. 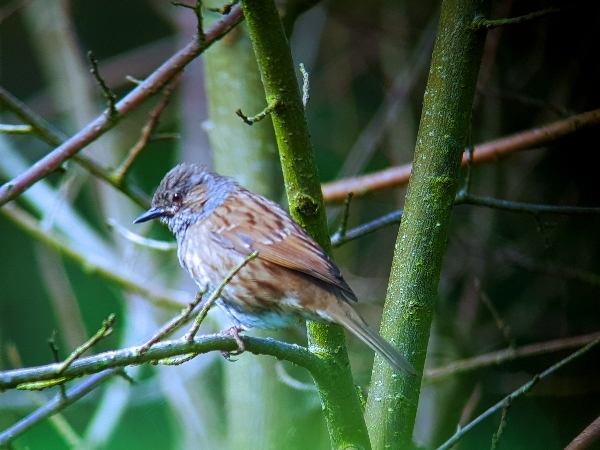 Well that was both fascinating and fantastic at the same time, I couldn’t top that, but I tried!  The next thing I saw was a Red Kite circling over the hill and then a Green Woodpecker flew into the field on the other side of the river, it started digging up ants from a series of anthills. I watched it for ages, finally it flew up and headed towards a nest hole that I knew of, but it didn’t go there. So, it must be nesting elsewhere, it returned no too long after for more ants. Whilst I watched it a Chiffchaff flew down into the grass and began collecting feathers from a pile where a pheasant had crossed paths with a fox no doubt. It collected a few feathers that were far too big for it, but it managed to fly off with them. too far away for a picture!! 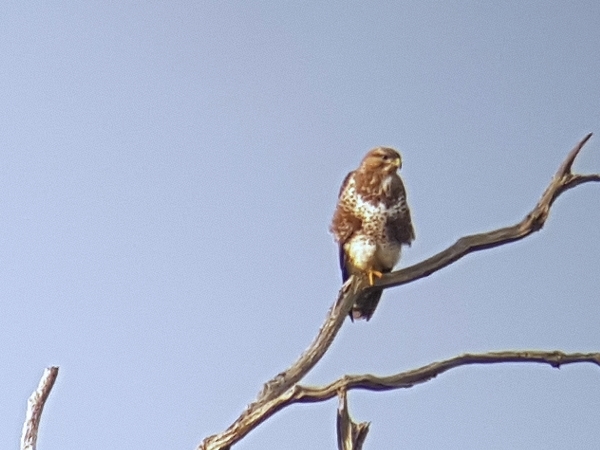 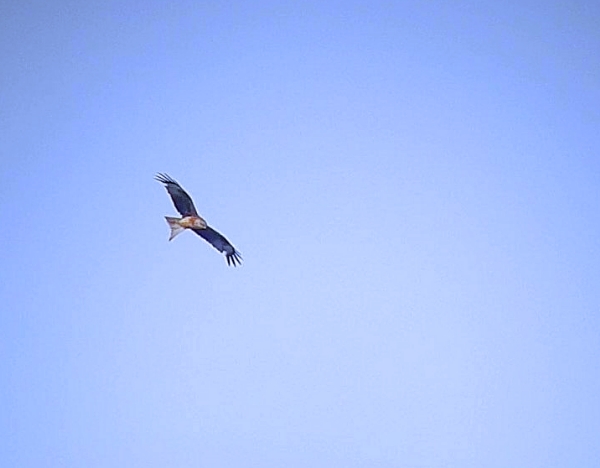 The Chiffchaff reappeared several times for more feathers for nest-lining and it landed on the wire fence at one stage, this is the fence, the one that I am keeping a list of species that land on it. Almost straight afterwards a Great Spotted Woodpecker landed on one of the fence posts followed by a Robin. That’s six species on my fence list so far. 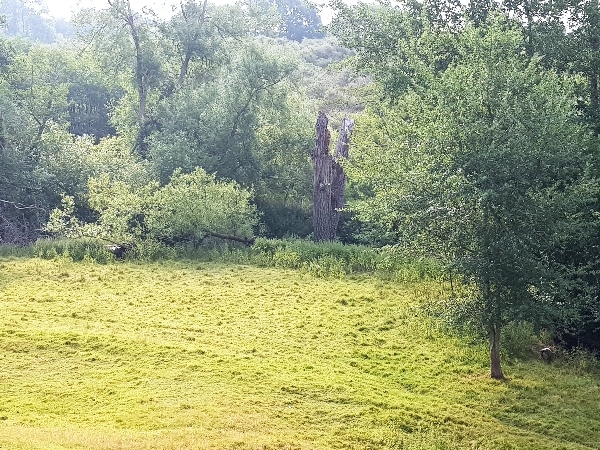 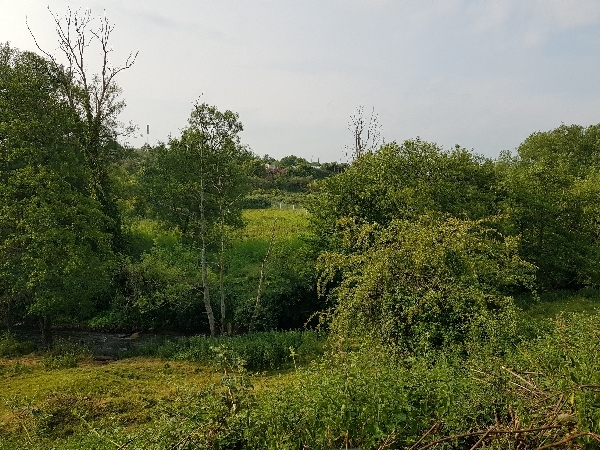 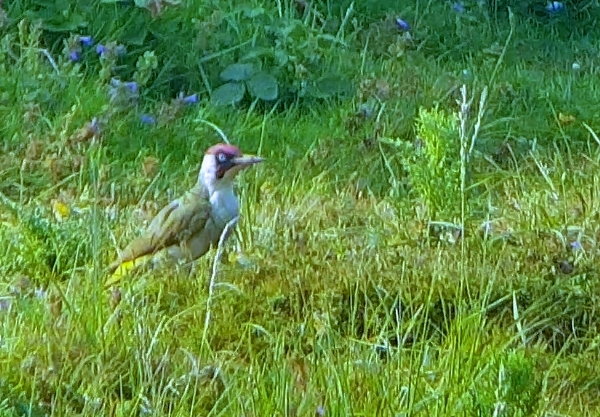 Other sightings included; a Buzzard perched on the dead tree at the top of Rook’s Hill, six Common Swifts, lots of House Martins, a few Swallows, Wrens, Robins and Dunnock. I photographed a Linnet singing from a dead tree, this may be my original male from the bramble clump, except for now, it has red colouring on its head. 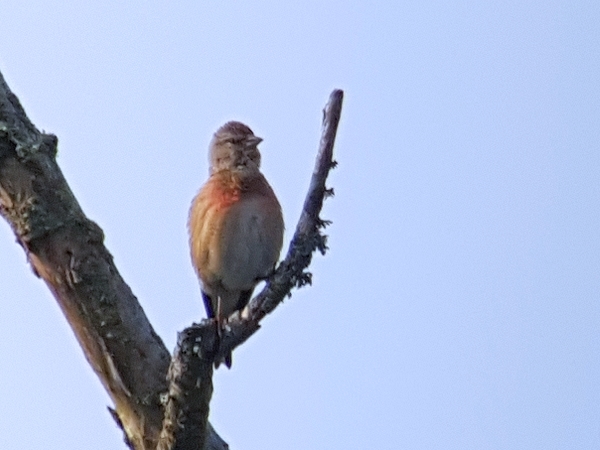 Eurasian Linnet - at last it is showing some colour

I left the walk around 9am, a quick scan of the meadow from my garden produced Red-legged Partridge, Common Pheasant and the usual gang of Wood Pigeons. Its been nice talking to you, see you again tomorrow! 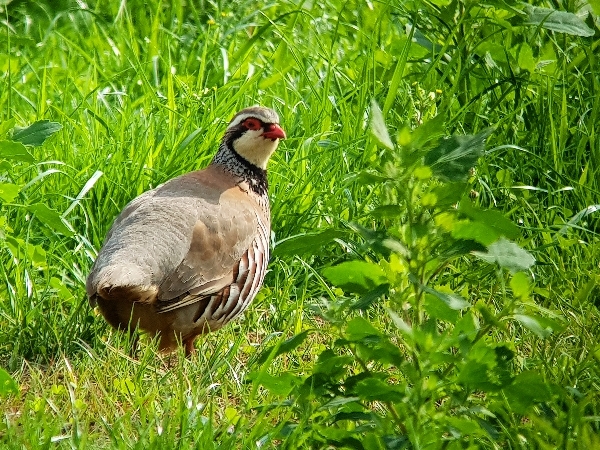 my regular Red-legged Partridge - a pair are in the meadow every day. When are they going to breed!!