Flaming June? I don't think so, sometime soon our summer is going to start. Can't complain much, we had superb sunshine for the whole of April and May.

Despite the dull and damp conditions a surprising number of birds were singing, I think they sang to cheer me up and it worked very well. I went straight to the Green Woodpecker's nest, The large chicks are still there, but they look as though it will be any day soon when they fledge. 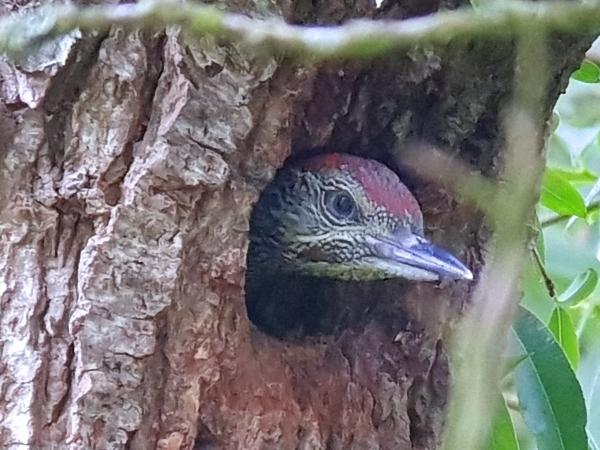 one of the juvenile Woodpecker chicks - almost ready to fledge 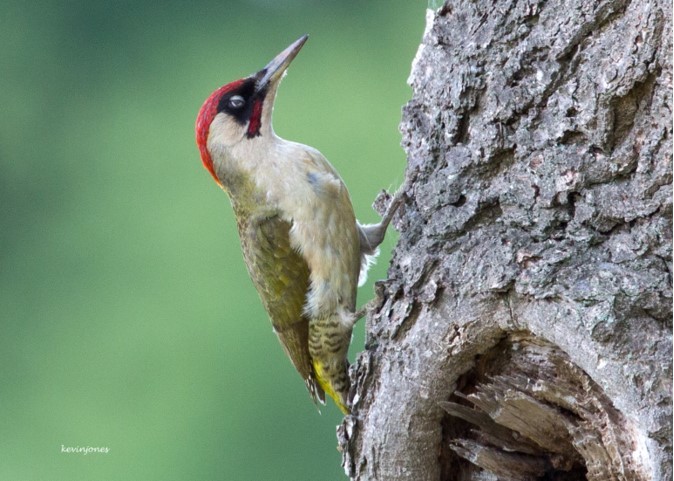 I received this picture today from Kevin Jones, he pointed out the bird has a transparent nictitating membrane which is visible. A lot of birds have this but you don't often see them blinking like this. Dippers do all the time. The membrane is there for added protection, with the woodpecker I guess it uses it to protect itself from formic acid sprayed by ants which are the woodpeckers main source of food.

Whilst watching the woodpeckers I glanced over to the derelict building and saw a Fox, so I watched what the Fox was up to. He was stalkling a Rabbit that was feeding on the side of the grassy hill. 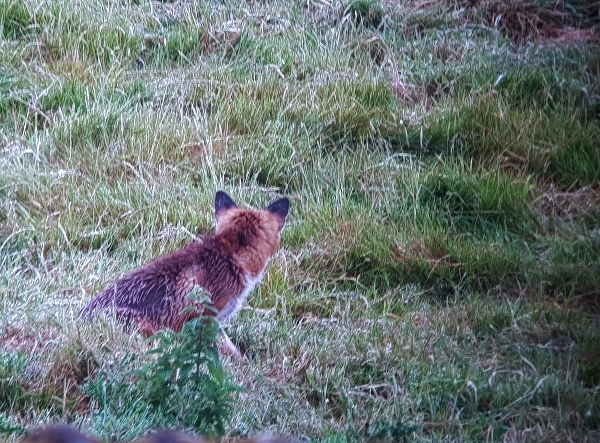 The Fox had just spotted the Rabbit

The Fox stoop low and very slowly made progress towards the Rabbit. I noticed that the Rabbit was feeding just a couple of meters from a hole, the Fox had no chance. 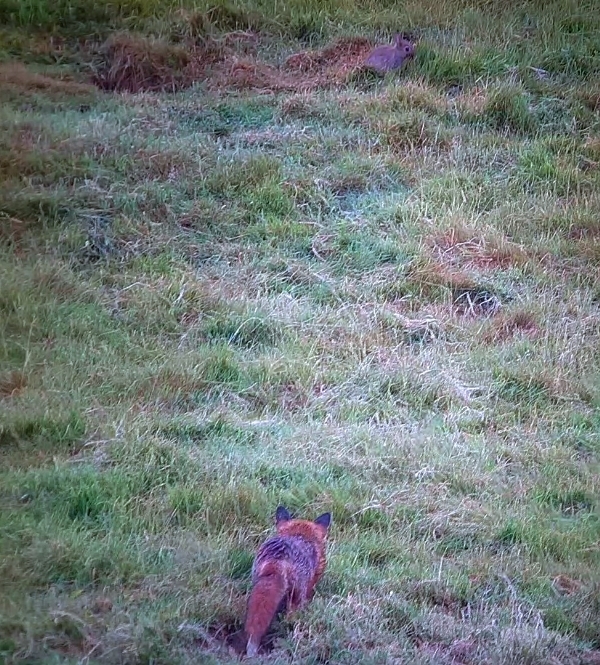 you can see the Rabbit at the top of the picture

After another couple of minutes the Fox was spotted and the Rabbit sprang in the air and down his hole all in one movement. The poor Fox arrived 5 seconds too late! 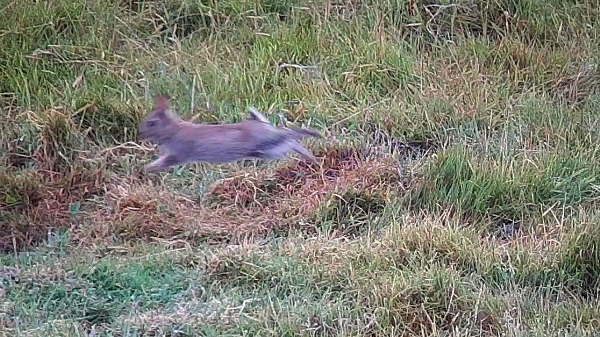 in one short leap the Rabbit disappeared down a hole 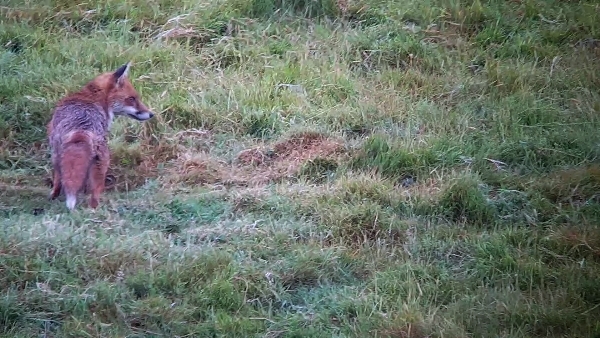 the Fox arrives too late!!

I had another new experience this morning when I bumped into a mixed feeding flock, it's June for heaven's sake, barely summer, I shouldn't be seeing mixed flocks now?  Anyway, I saw Eurasian Treecreeper, Common Chiffchaff,  Goldcrest and Blue Tits all together in a large Willow Tree near the stream. They busily scoured the tree for food whilst I stood underneath enjoying the spectacle, they disappeared after a few minutes or so, a first for me - mixed feeding flock in June!!

Round at the river I enjoyed watching a few species, a Song Thrush sat on 'my fence' a Great Spotted Woodpecker sat out in the miserable rain on a lagre dead tree. I saw the female Mandarin Duck with her two large chicks and both Blackcap and Chiffchaff near the bramble clumps. 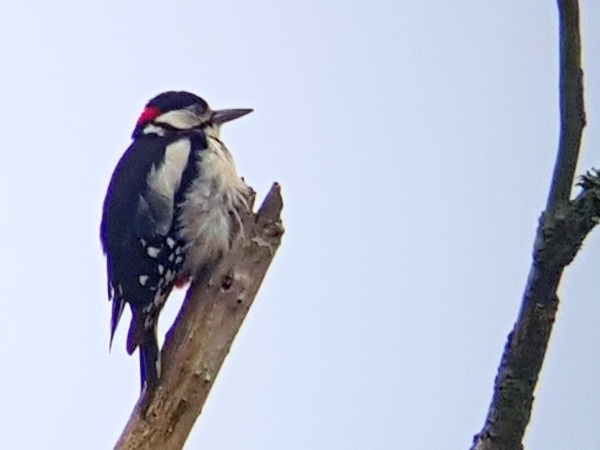 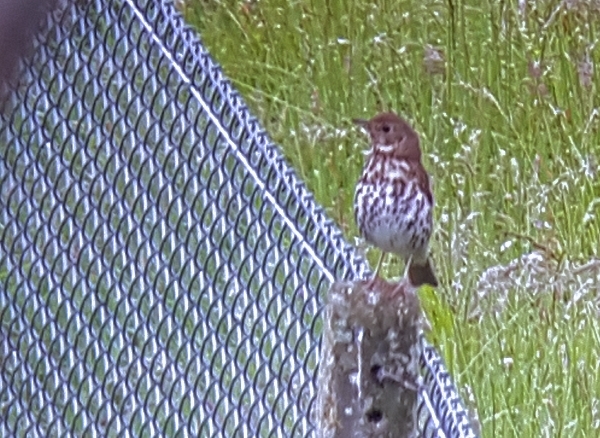 record shot of the Song Thrush on the fence

An unusual sighting was of a Peregrine Falcon, this is only the second sighting of one since I started the walks on March 15th!!!

Dawn and I spent the afternoon in the garden, we had more £10 notes to bury, plants that is!!  I saw Eurasian Sparrowhawk and several Buzzards during my gardening duty.