WEATHER: dull overcast, rain after an hour or so, light winds

I set off just after 6am the sky was quite grim and I didn't have much hope of staying dry over the next few hours. I scanned the meadow from the garden before I left and was surprised to see a buck Roe Deer feeding there. 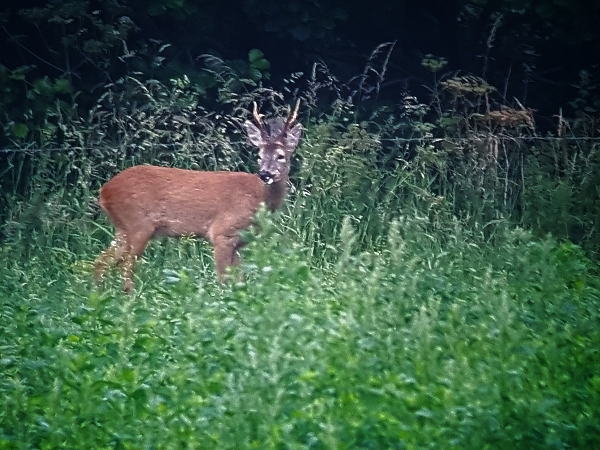 the Roe Deer taken from my garden

It took me 36 minutes to drive to the car park at Sherford Bridge where I left the car and walked towards the lake on Morden Bog. This part of Wareham forest consists of large tracts of heathland with patches of gorse and large areas of heather. there are scattered pines with some bigger pine plantations. 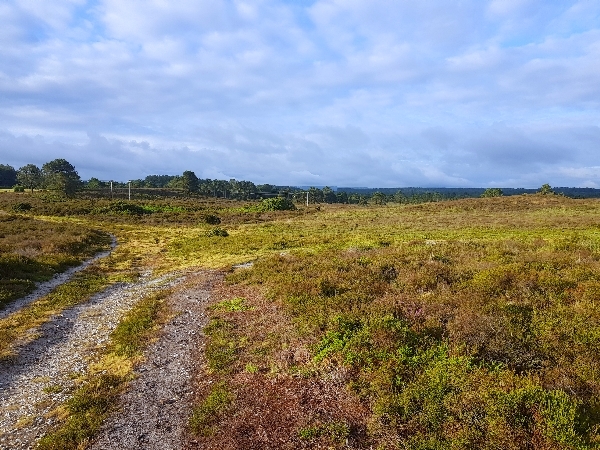 Wareham Forest heathland, it started off quite bright but soon the dark clouds came over

I was after 4 species to top the 100 mark on my June species list, the Tree Pipit was the main target as I had not seen this species during 2020. One of the first species I heard was Eurasian Nuthatch calling from a group of mature oaks and then I saw Spotted Flycatcher sitting right at the top of one of the oaks. That was a nice surprise and most a welcomed species for my list. 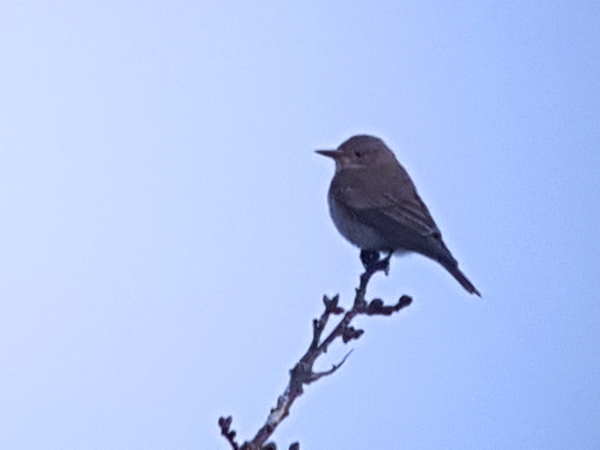 record of the Spotted Flycatcher

I heard Green Woodpecker and saw a Mistle Thrush carrying food as it flew across the heath towrds the pine woods, a Peregrine Falcon sat on one of the pylons but he didn't stay long. 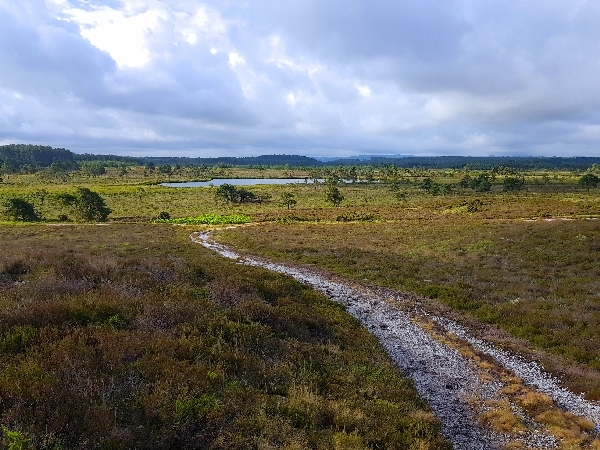 a view down to the lake at Morden Bog

Several Tree Pipits were singing in the area and I got quite close to one of them, that was really nice, a smashing bird for my list. I half-hoped to see a Hobby flying over the heath but in this weather my chances were zero, so I concentrated on seeing a Dartford Warbler and the best place to look was where a Stonehat was calling from. 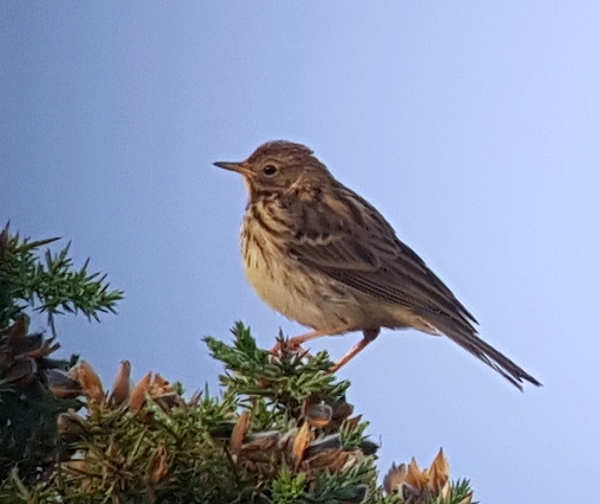 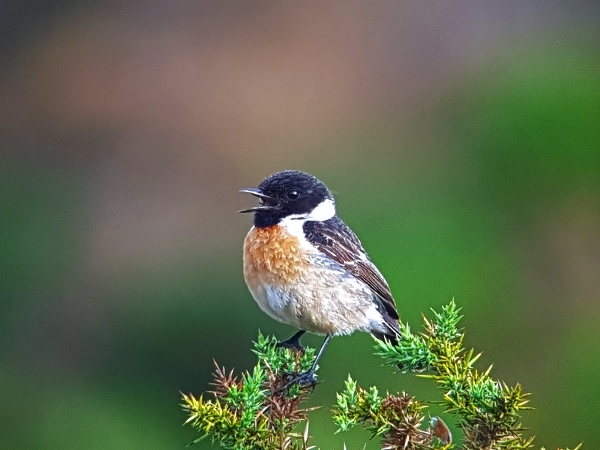 male Common Stonechat, making his very familiar clacking sounds from where he gets his name

A little persistence, including standing through a shower of rain, paid off and I got a little video of the beautiful little warbler of the heath, from which I took a few stills. 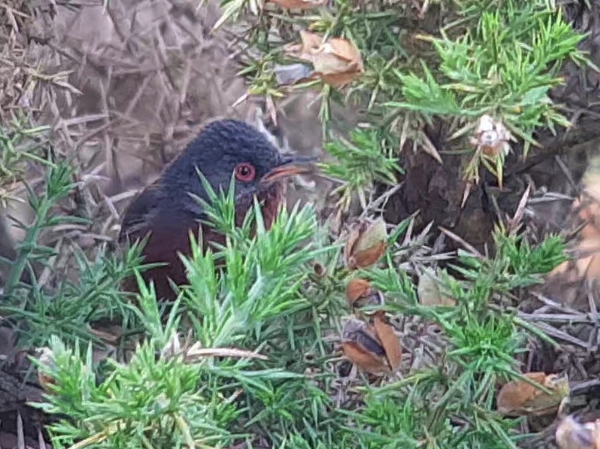 Dartford Warbler - that's the best I could do 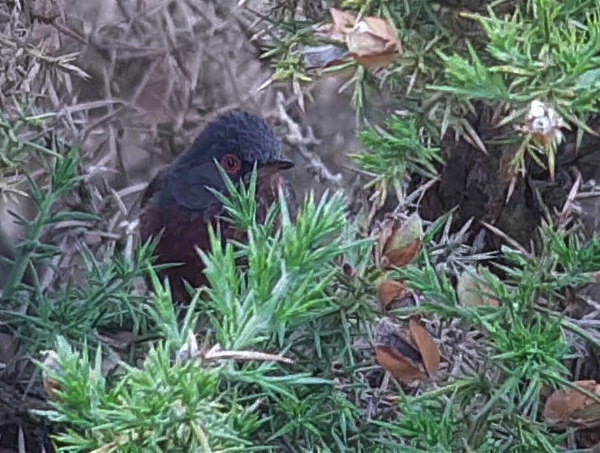 I left after 3 hours, I had 3 new species on my list and the Dartford Warbler became my 100th species for the month of June, what a gem for my ton-up.