MORNING TRIP TO MARTIN DOWN NNR

WEATHER: clear to start then very cloudy, quite windy and quite chilly temp 11C

When I looked out of the window at 5am this morning I was pleasantly surprised, a cloudless blue sky was presented to me, wow! I made the instant decision to go to Martin Down National Nature Reserve where, if you are lucky, you can see Turtle Doves and Dark Green Fritillary Butterflies. It is a place that has been on my radar for a little while now. 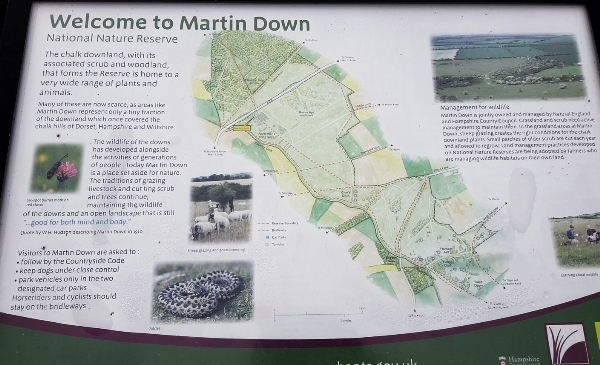 Before I left the flat I checked my wildife camera to see what it had recorded overnight, all I got was the FOX once again which arrived at 11pm, 2am, and 4:30am, once again he had scoffed all my cat biscuit offerings, still no sign of a Hedgehog.

I was in the car by 6:10 and I noticed that the wind had picked up somewhat and a few clouds had appeared in the sky. Martin Down is 36 miles from home and it took 45 minutes to get there. By the time I arrived the sky had clouded over an the wind was quite blustery, such fun!! I was determined to make a go of it so I set off onto the huge reserve. From the car park you pass through a large area of thorny scrub where a great number of warblers was calling from. I heard Blackcap, Chiffchaff, Willow Warbler, Garden Warbler and Common Whitethroat. I saw the Garden Warbler a couple of times and the Chiffchaff but not the others. 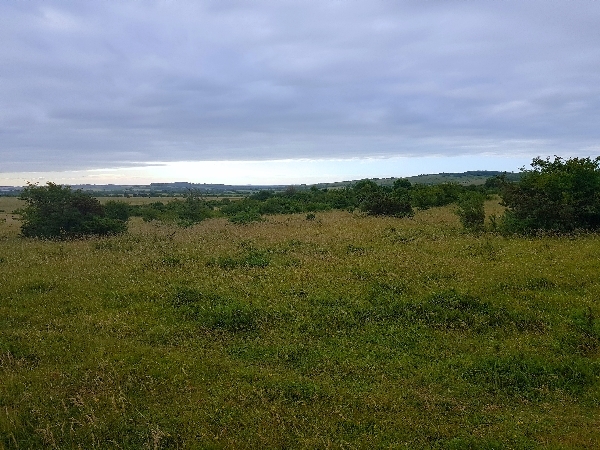 You can see the blue sky disappearing in the distance

Once I was out of the scrub and into open chalk downland I had extended views of a large area of open scrub where a new set of bird species were present. Skylarks were singing from everywhere, Linnets were dashing about in small groups, as were Goldfinches (I saw one flock of over 30), a few Yellowhammers flitted about in the bushes and plenty of Wood Pigeons filled the sky. 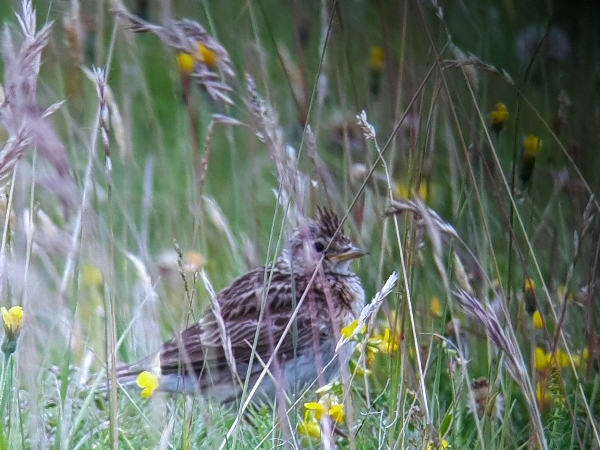 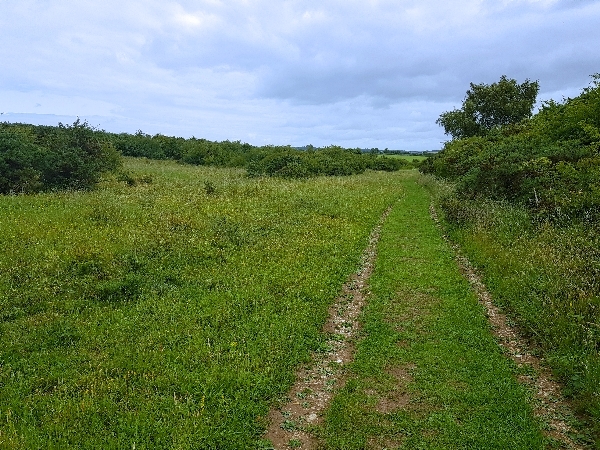 Not a single Turtle Dove turned out to greet me, they obviously did not appreciate the lengths I had gone to just to admire them. The sky completely clouded over and the wind chill made it feel quite cold, I had very little chance of seeing many butterflies on the wing let alone a Fritillary. I spent the next hour walking through the open scrub area and actually it was really quite enjoyable. There was plenty of wild flowers to admire and eventually a few butterflies took to the wing. 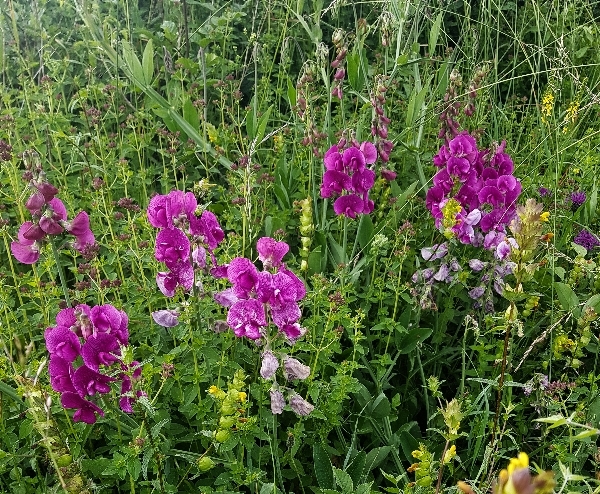 I think this is Fyfield Pea

I saw Marbled Whites, Small and Essex Skippers, Meadow Browns, Small Heaths, Red Admirals and a few moths. There was a good number of Orchids on show but unfortunately they had all gone over, if I recall correctly I remember seeing many Common Spotted Orchids here last June. 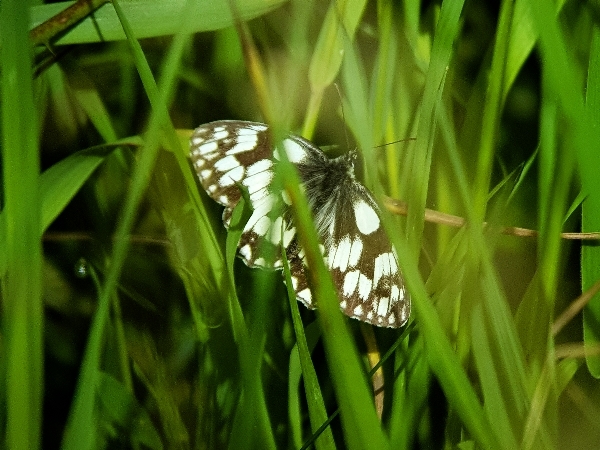 The sky did clear a little and the sun broke through occasionally, but not sufficiently enough for the Fritillary to take to the wing. I talked to a local guy who told me that a better place for the Turtle Dove was at the southern entrance to the reserve, it was a 2-mile drive so off I went. 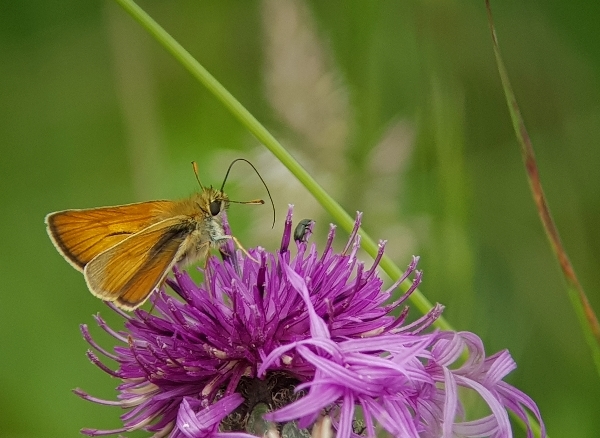 It was much more sheltered down there and the sky brightened a lot more, this was more like it. I saw most of the birds I had already recorded so far except that I added Corn Bunting to my list and I heard at least two Lesser Whitethroats which is a new species for my year list never mind the lockdown list. 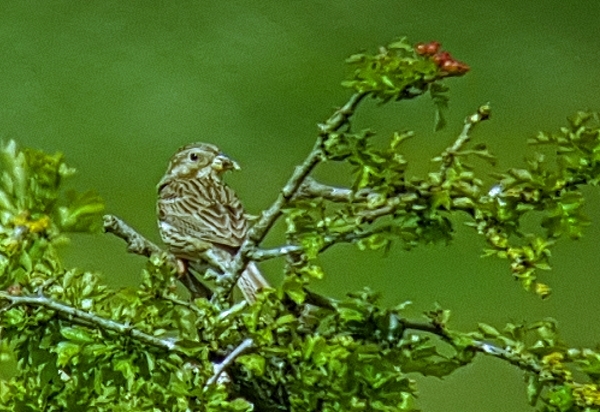 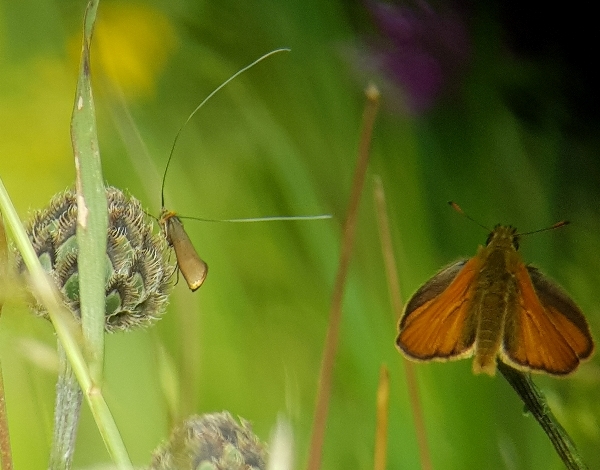 a Small Skiper with a Brassy Longhorn Moth

Despite my renewed optimism and the better weather conditions I never saw or heard a Turtle Dove. I did see a small number of other birds for the day list which included: Common Kestrel, Common Buzzard, Eurasian Sparrowhawk, Stock Dove and just before I left several Dark Green Fritillary Butterflies took to the wing. At least it wasn’t a complete ‘dip’ of a morning. 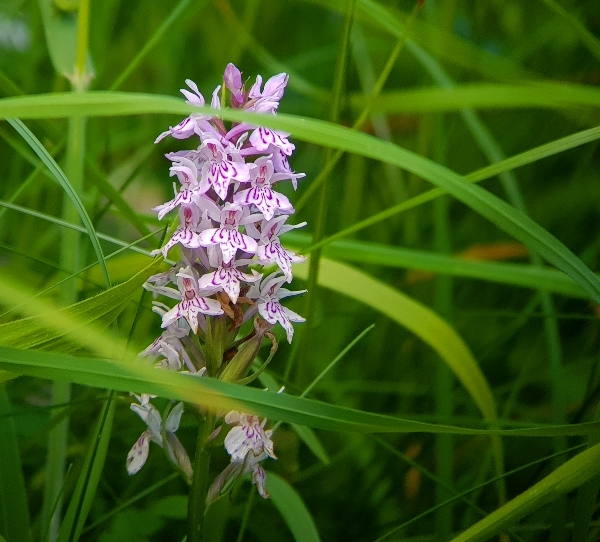 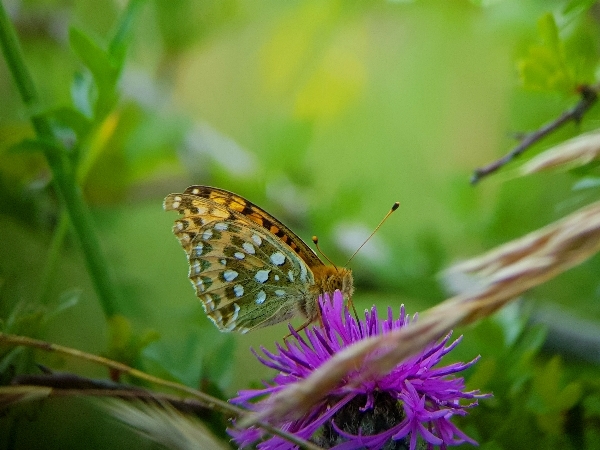 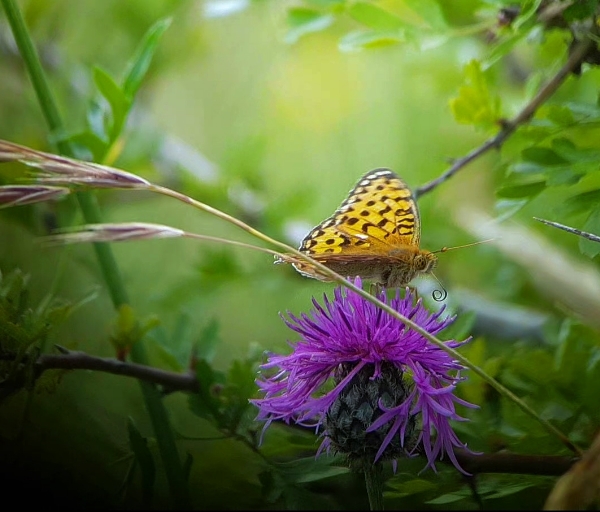 The drive back was horrendous, it took me nearly an hour longer to get home because of heavy traffic, road-works with temporary traffic lights and road closures. I was relieved to get back in the flat and never left it again all day.