WEATHER: no change from yesterday, overcast, very windy with some showers and sunny spells. Temp 14C

I love this little moorland, it is only 15 minutes from my home and easily accessible. It is also flat and very open to the elements, so I dressed accordingly expecting to get soaked at least once. I arrived at 6:30am and walked onto the Moor via a hedged-track where I saw Blue and Great Tits, Dunnock, I heard a Common Whitethroat and a Common Buzzard flew over me. 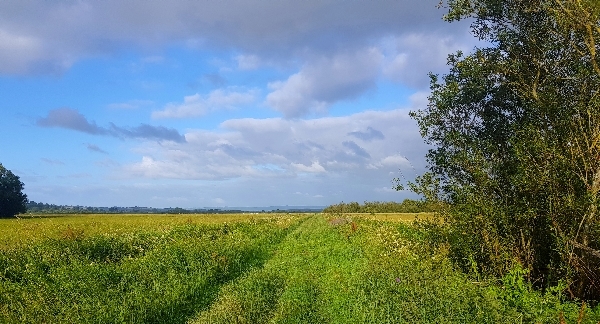 It was dull and overcast and very windy as I broke out into the open Moor, I was amazed at the difference of the landscape that lay before me compared to the last time I was here in early May. Everything looked overgrown, the track was hardly visible, ditches were completely clogged with vegetation and the grass meadows were about a meter deep in grass. 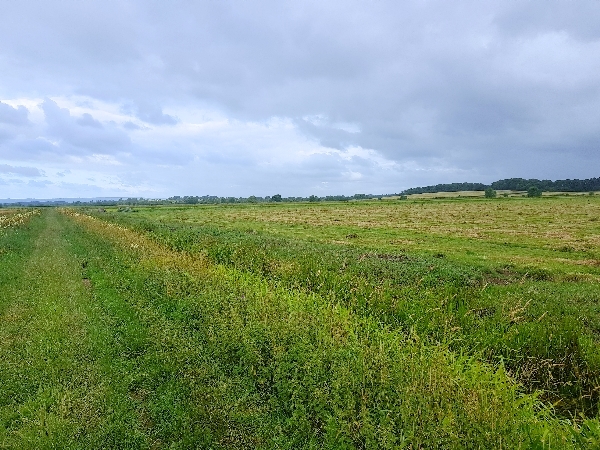 I thought that it was going to be hard to see anything in the windy conditions and all of that long grass. I walked for quite a while before I saw a few things flitting about. Reed Buntings seemed to very numerous, family parties flew from reeds to trees and back again. I managed to get one two in the scope and photograph them. That’s number one of my target species for today. 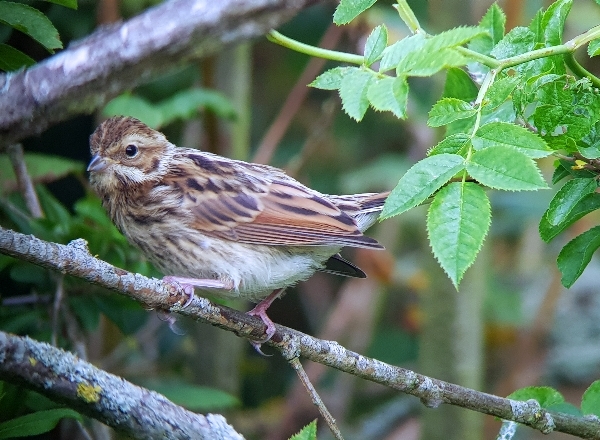 One of the many juvenile Reed Buntings seen today

The wind was obviously keeping species low down, but I did hear a Sedge Warbler singing and not long after I saw it a couple of times. There was no chance of getting a picture of it so I walked on. I eventually reach the area where I saw Yellow Wagtails during my last visit, this time things were different. The habitat had changed! It was previously a couple of fields close to the track with clumps of sedge and a herd of grazing cattle. Today it was barren, all the sedge was gone, the grass had been eaten and the cattle were gone. Despite all of this change I did find a couple of pairs of Yellow Wagtails and a few Eurasian Skylarks in the fields. 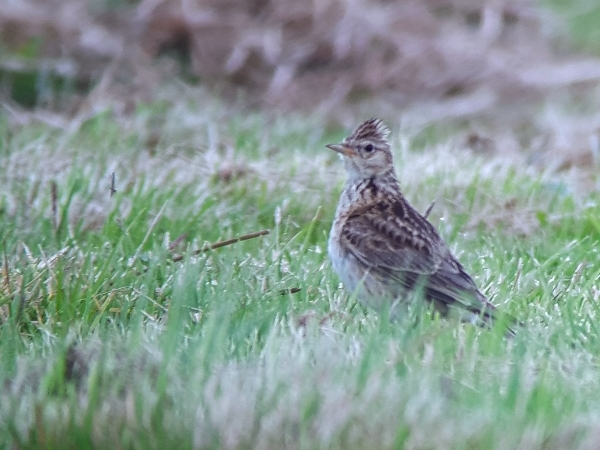 I was busy for a while trying to get both species in the scope and in the can with some level of success, I also noticed a flock of Northern Lapwings flying around the fields and a female Marsh Harrier that was distant, but nice to see. 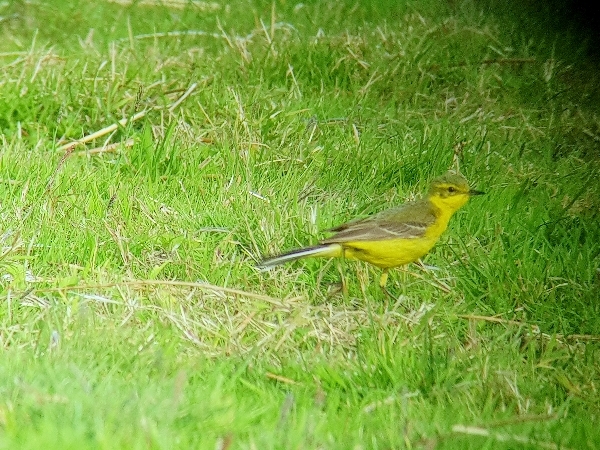 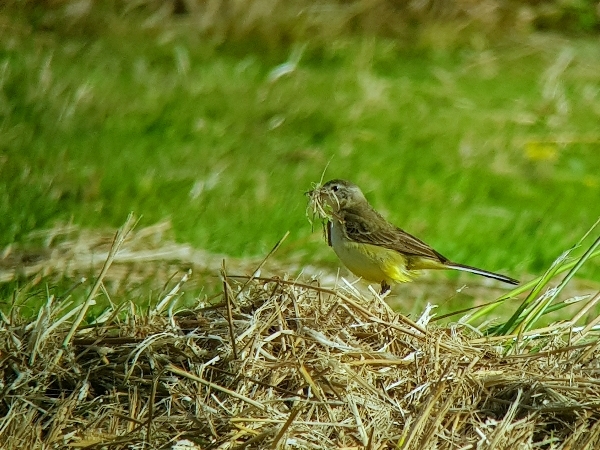 The bright sky darkened and it rained for a short while, it was a light shower but it was whipped up by the strong wind, it came at me almost horizontally. Then a nice patch of blue sky came over and things improved somewhat. 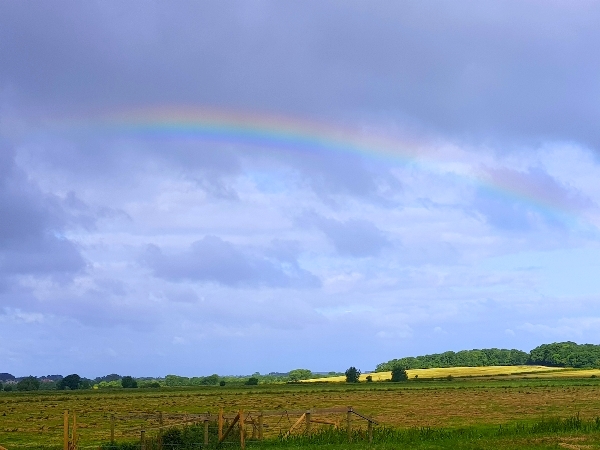 I found a single Roe Deer and a Brown Hare in the next field and I watched Common Swifts, Barn Swallows and House Martins feeding over the fields. Dotted about along and in some of the wider ditches I saw Mallard, Mute Swan, Great Cormorant and Grey Heron. Several Buzzards flew around and a Common Kestrel hovered over a distant meadow. 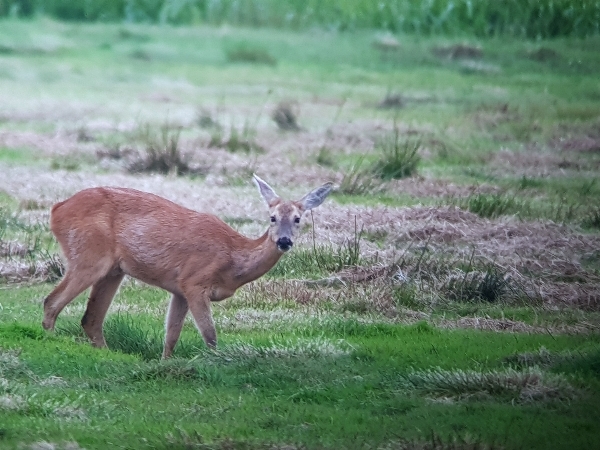 On my way back to the car I found shelter from the wind behind a copse of willow trees and it was there that I had my best birding of the morning. I found Sedge Warblers carrying food to a nest in the ditch next to the trees, also a family party of Reed Warblers and a good number of Reed Buntings, many of them were juveniles. 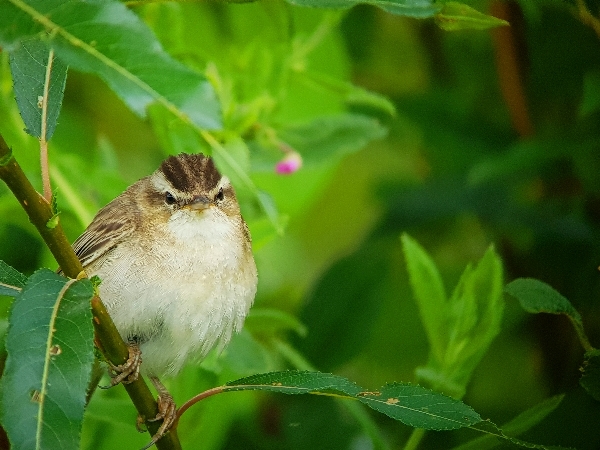 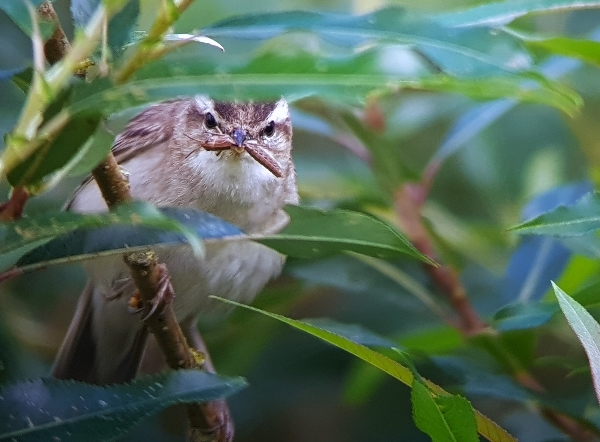 So I had my four target birds in the bag, Sedge Warbler, Reed Bunting, Yellow Wagtail and Marsh Harrier, I also got a close view of this lovely male Greenfinch as I walked along the last part of the track. 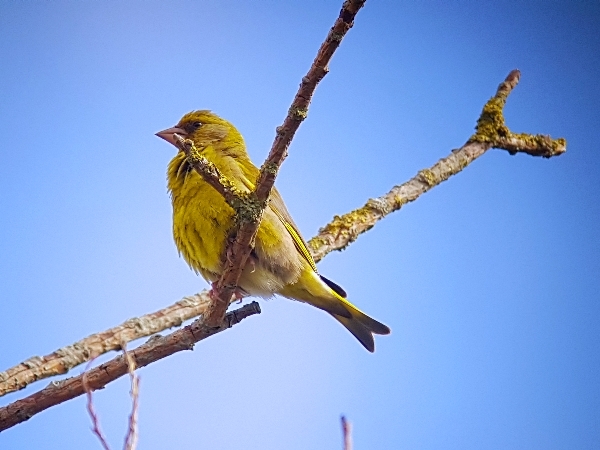 a smashing view of a male Greenfinch 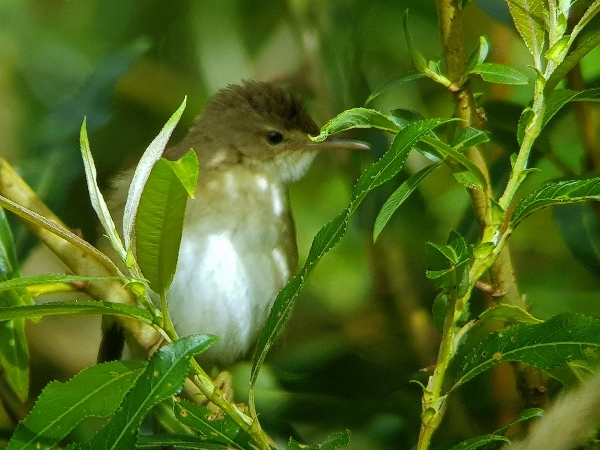 A lovely looking day-flying Moth settled close to me, it turned out to be a Latticed Heath and then a really beautiful, fresh, Peacock Butterfly landed on the track in front of me. Other butterflies seen included: Speckled Wood, large White, Red Admiral, marbled White and the very common Meadow Brown. 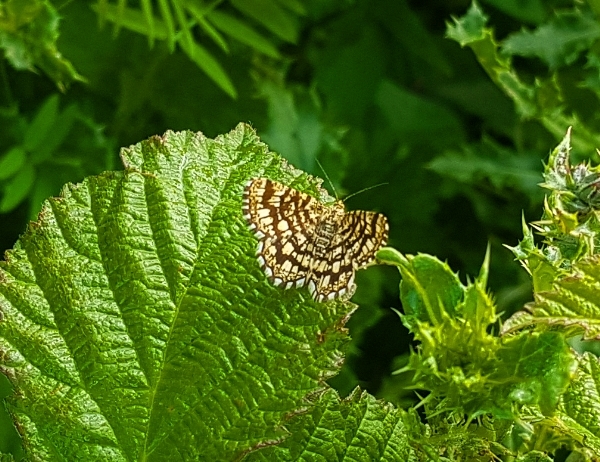 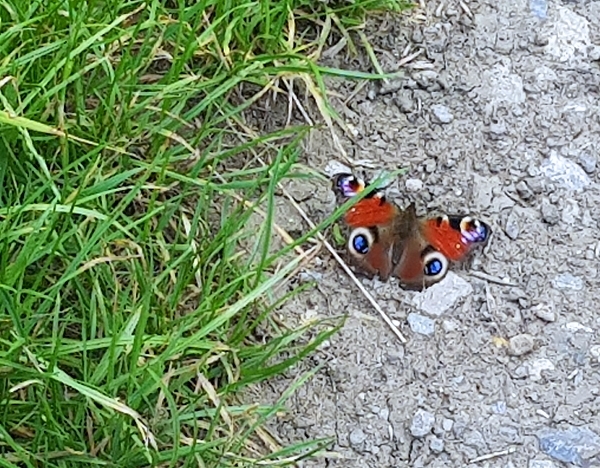 The rest of the day was spent at home and in the garden, the weather greatly improved as the day wore on, from 4pm we had unbroken sunshine until the sun went down.