I TOOK MY USUAL WALK INTO YEO VALLEY

The great weather continues and so does the fantastic local birding. I added Song Thrush to the 'Isolation List' when Dawn pointed one out to me on the lawn first thing this morning.

My morning walk began at 8am and I spent most of the first half an hour at the Nuthatch nest-site, they have completed their modification of the hole size and are now taking in nesting material.

In the meantime the Green Woodpecker was calling very loudly from a nearby tree, a second bird called from the old oak on top of the hill and they competed for a while. Come to think of it, I haven't seen a female Green Woodpecker for a few days. 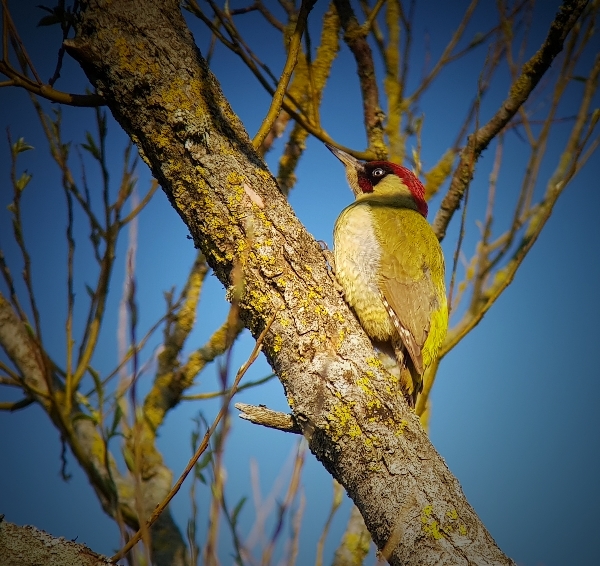 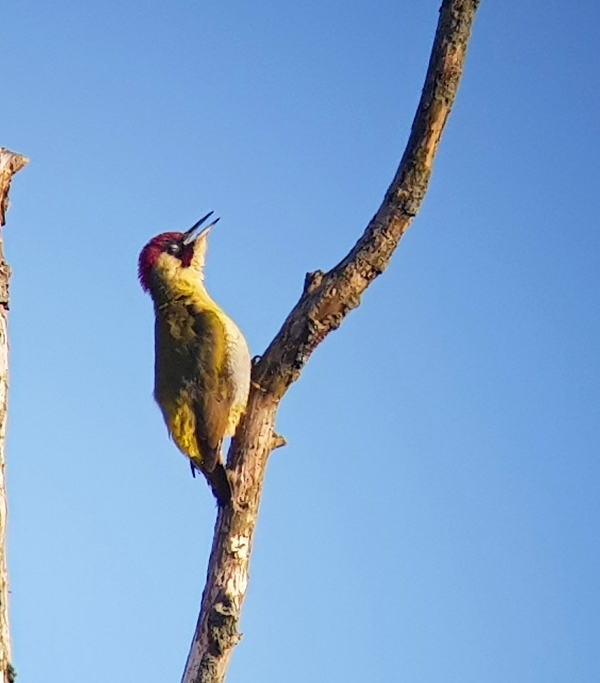 The woodpecker in full 'yaffle' 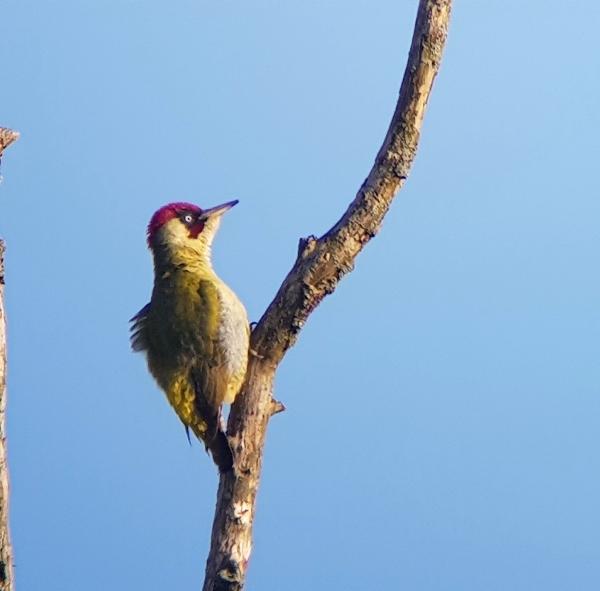 Three Great Spotted Woodpeckers flew in, two males and a female, then a second 'Isolation tick' appeared in the shape of a pair of Mistle Thrushes, they flew over the top of me and disappeared down the valley.

My ongoing saga with the Mandarin Ducks came to a happy conclusion today. I am not known for lightness of foot; and stealth-like is a phrase never used to descibe my movements, but this morning I crept along the river bank and found the pair of Mandarin Ducks before they saw me!!  Result! I quickly fired off a few shots before they swam off down stream, I had even better views when I relocated them about 50 meters further on. Click, click. 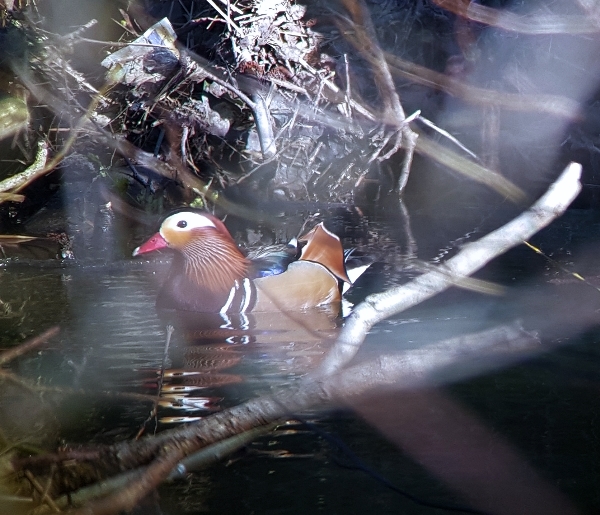 I continued along my usual route, now looking for species to photograph whilst they are in full song, a Great Tit was next but the light was bad, then I heard a Marsh Tit up ahead and again, with a little stealth, I managed to get quite close and shazam, I had Marsh Tit in the can. 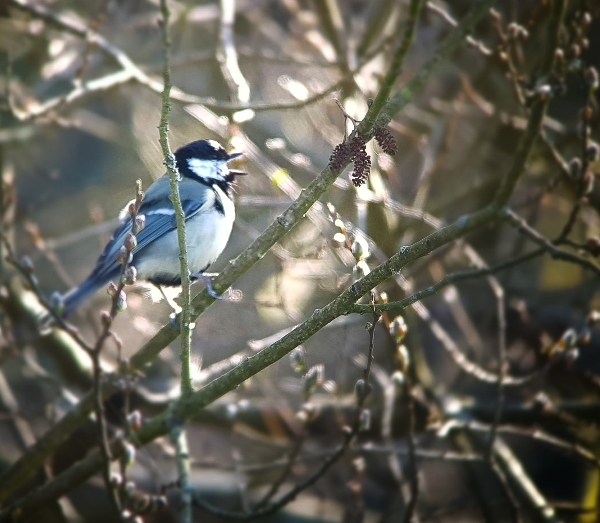 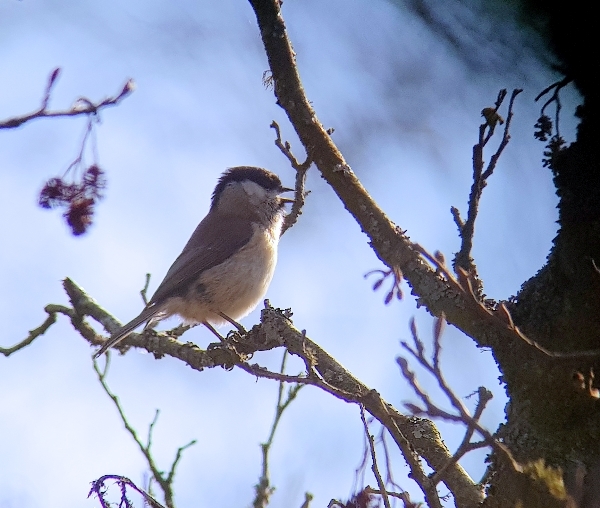 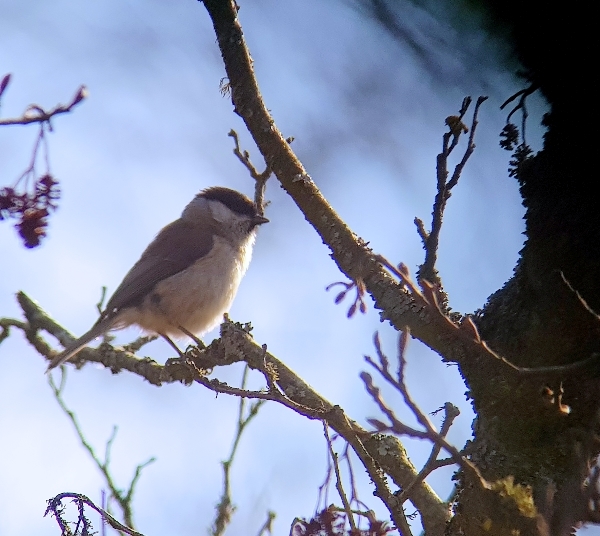 Three Common Buzzards circled over me at the bottom of the valley, I don't know what is going on there as they didn't seem to be fighting. The two female/young male Great Spotted Woodpeckers were in the same tree as yesterday, still chasing one another around and drumming ocassionally.

I saw two butterflies and a Bee-Fly species. both Small Tortoiseshell and Peacock butterflies sat out enjoying the warmth of the sun. 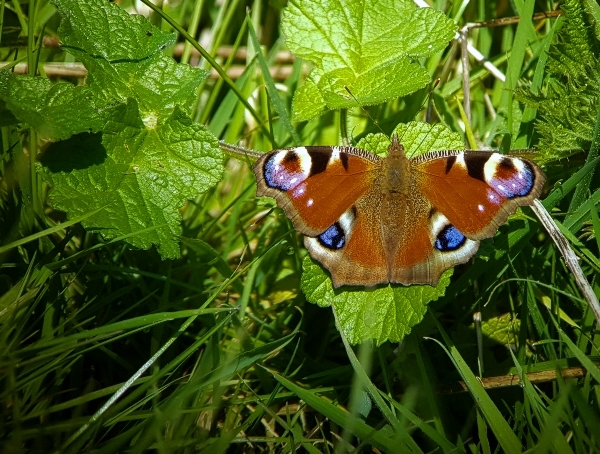 During the late afternoon whilst in the garden I added yet another species to the 'Isolation List' when a Grey Heron flew over, I must total up the species list and let you know what it is.