I left home an hour later today (9am) and it was so much quieter, fewer birds were singing and I saw far fewer species. Despite this I added two species to the ‘Isolation List’, the first was Common Starling, do you know it has been nearly two weeks since I started this isolation blog and these two Starlings were the first I‘ve seen!! 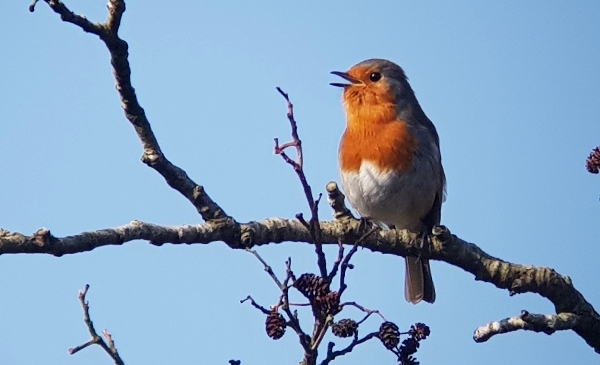 A single Green Woodpecker was calling from a tree up on the hill but none called from down by the stream. At the Nuthatch nest-hole I noticed that there was some damage to the mud that the Nuthatches had installed, perhaps the Woodpecker was fighting back it certainly looked like woodpecker damage. There was no sign of any Nuthatches near the nest.

Having taken pictures of nearly all the species seen along the stream I was trying to get shots of the more common species such as Chaffinch, Blue Tit, Great Tit, Long-tailed Tit and Blackbird. None of them was very obliging but I did manage to catch up with a Chaffinch. 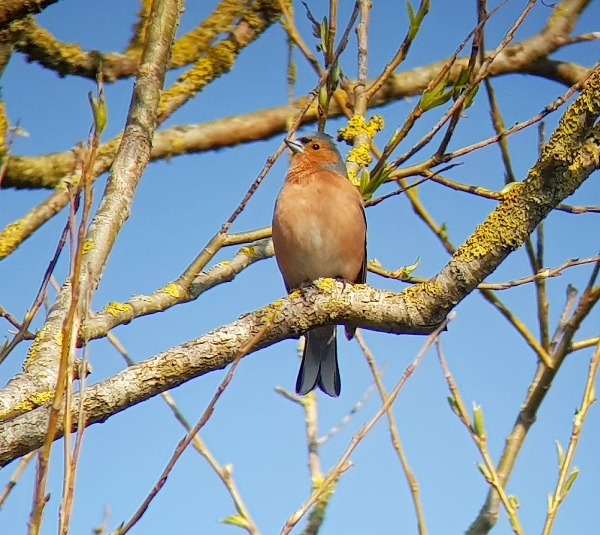 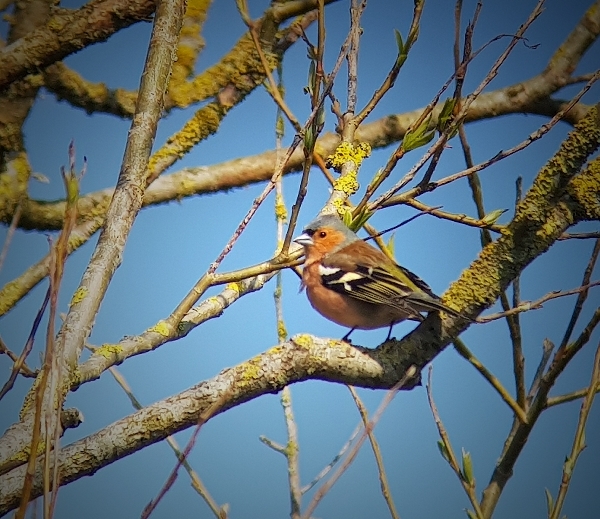 Further along the stream I crept up to the Mandarin Ducks and saw them swimming away from me, they twigged me again. A Goldcrest called as it fed with a small party of Long-tailed Tits and the usual Ravens called loudly as they flew over.

I saw three Buzzards together again at the end of the valley, this time however, one of them was chased off. A couple of dog walkers shouted over to me that had just seen a Kingfisher fly up the river Yeo so off I went in pursuit of a new isolation-tick.

It took ages for the Kingfisher to reappear, but my search took me into a beautiful small side-valley and to somewhere I hadn’t been before. It was lovely habitat, flat open grassland, some bramble and gorse as well as many standing dead trees and exposed sandstone rock.

The Kingfisher was my second new species for the list and ended my birding walk. 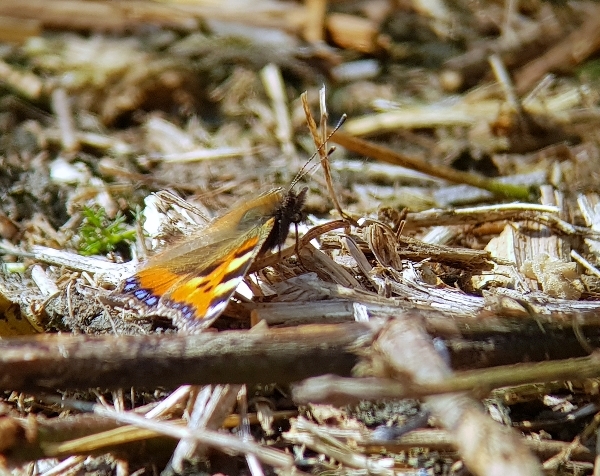 record shot of the Small Tortoiseshell

As I made my way up the hill on the way back home I stopped to admire the huge swathes of Lesser Celandine, I also noticed that both White & Red Deadnettle were also in flower. A few bumble bees buzzed around them and then I watched a Small Tortoiseshell flitting about. 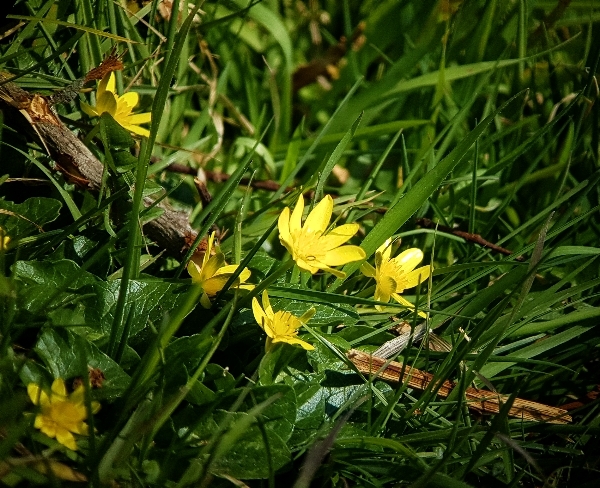 Lesser Celandine (Rannuculus ficaria). One of the first wild flowers to show after winter. Surprisingly it was William Wordsworth’s favourite flower (not the daffodil??) This plant is also known as PILEWORT and is made into an ointment for haemorrhoids!! How nice! 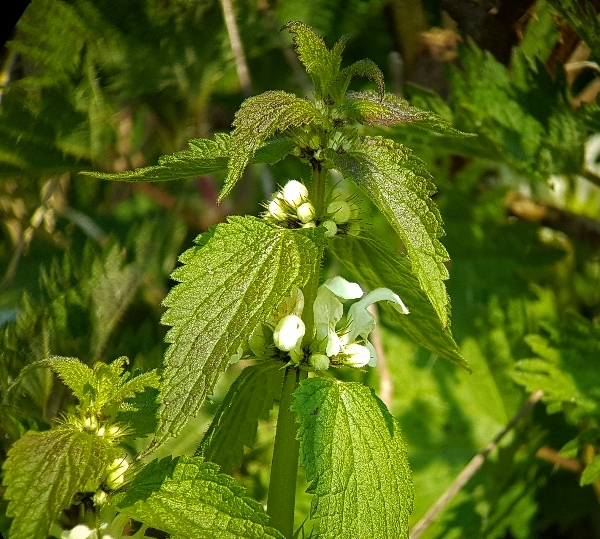 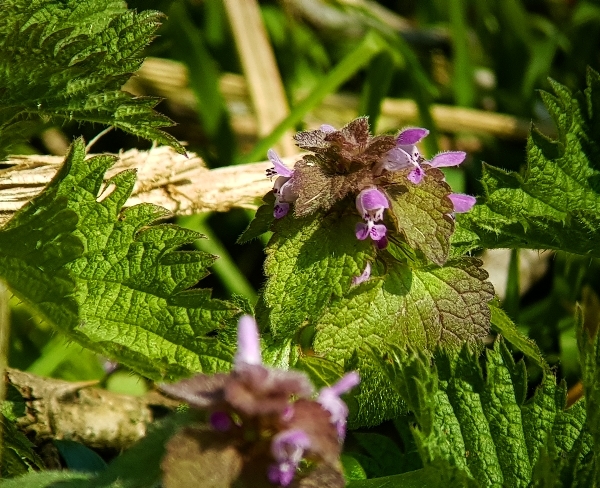 Near the gate at the end of the walk I noticed another butterfly which landed in the grass, I stalked it and got a quick picture before it flew off. Turned out to be a Comma Butterfly, my third species to go on the butterfly list. 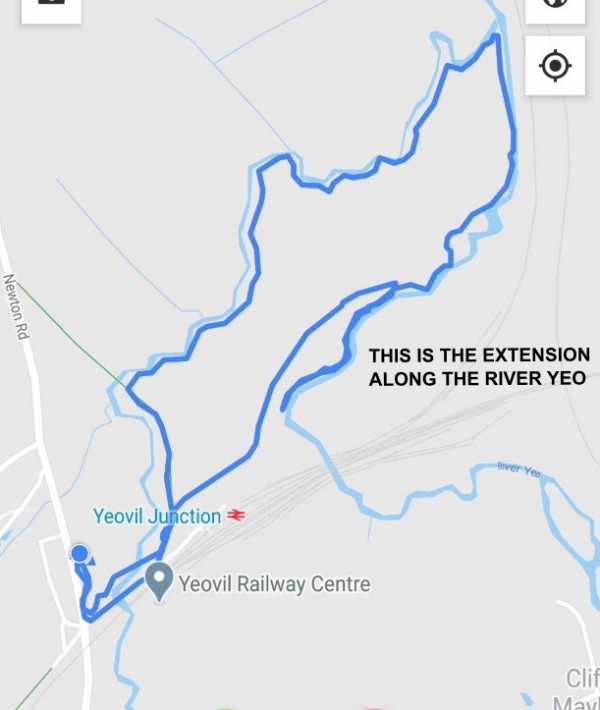 map showing the extension to the walk (marked in dark blue), this increases the walk to a total of 3 miles.