I went out at my usual time of 8am and had a great couple of hours walking along the stream and then along the edge of the river Yeo. I noticed that the Common Buzzard’s nest across the meadow from our garden was now occupied, at last the female had settled to lay eggs. I guess I am going to be around to watch the chicks develop and eventually fledge over the next two months. 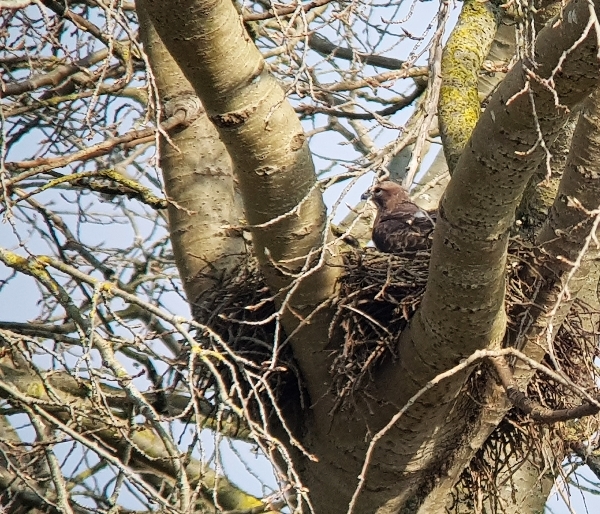 I walked straight to the Nuthatch nest and to my great delight they had repaired most of the damage caused by a woodpecker. The female was busy working when I got there and male just sat at the top of the tree calling! I do hope that this is the end of the conflict and they can get on with the breeding process. 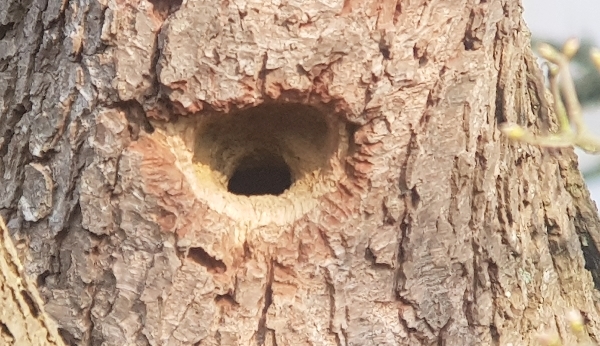 The restoration work on the Nuthatch nest hole is almost complete 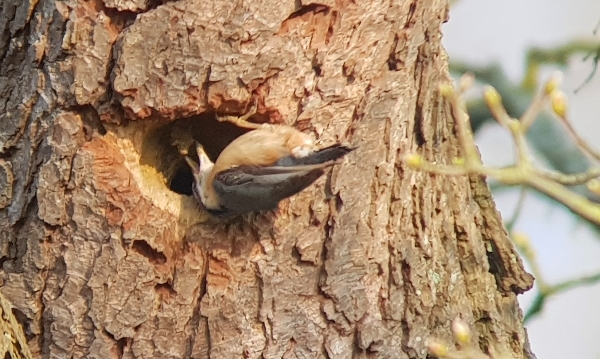 the female applying more mud to finish the repair work 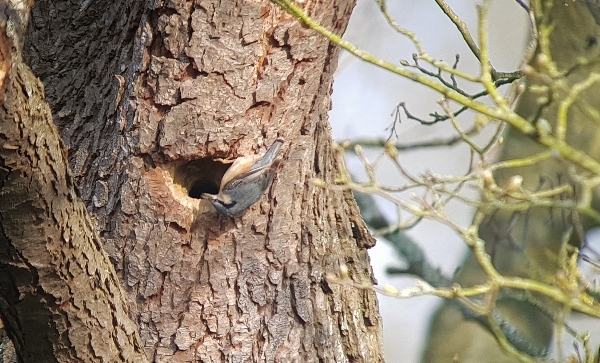 I tried to be clever in order to get close to the Mandarin Ducks, I snook up to the stream about 50 meters upstream from their usual playground. Dam-it, they were right below me as I peeped over the bank down to the water, so off they went, twigged again!! Must try harder.

A consolation prize was great views of a Eurasian Treecreeper quickly followed by a lone Long-tailed Tit, I had to step back in order to photograph the little beauty. 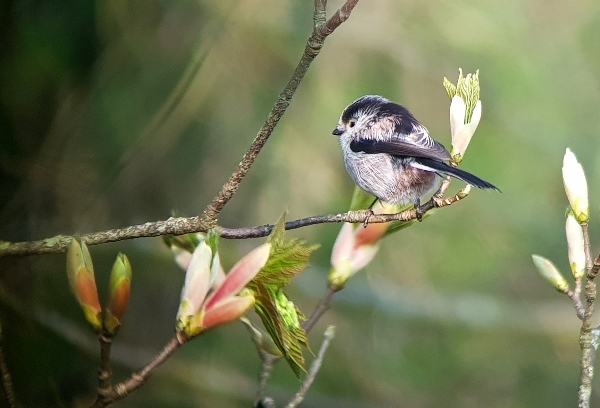 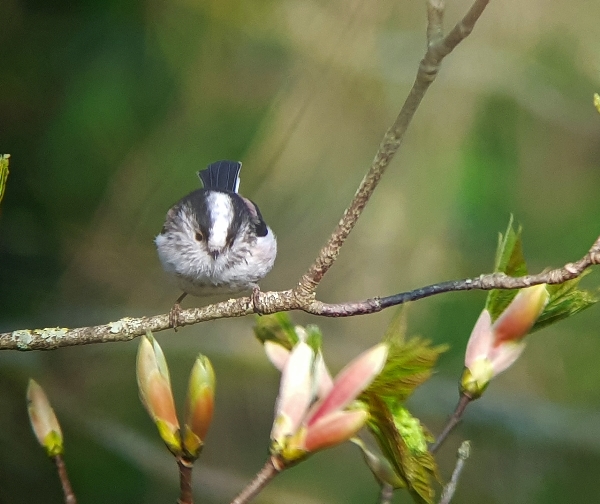 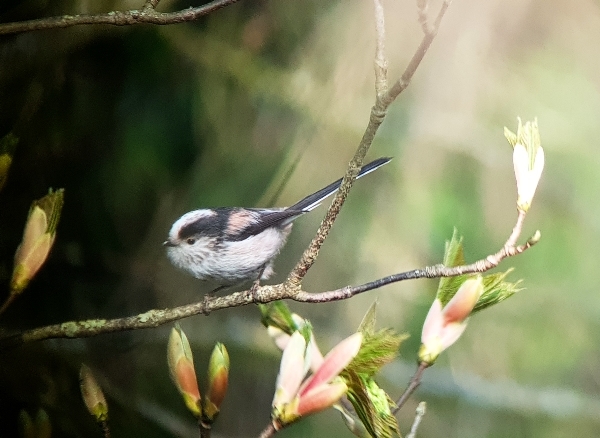 As I set out an hour earlier than yesterday a lot more species were in song, I heard at least 4 Common Chiffchaffs, a single Blackcap, lots of Wrens and Robins and both Woodpecker species made their presence known by either drumming or calling. I haven't seen the Grey Wagtails for a few days now, perhaps now the water levels are much lower they feeding in the rivers. 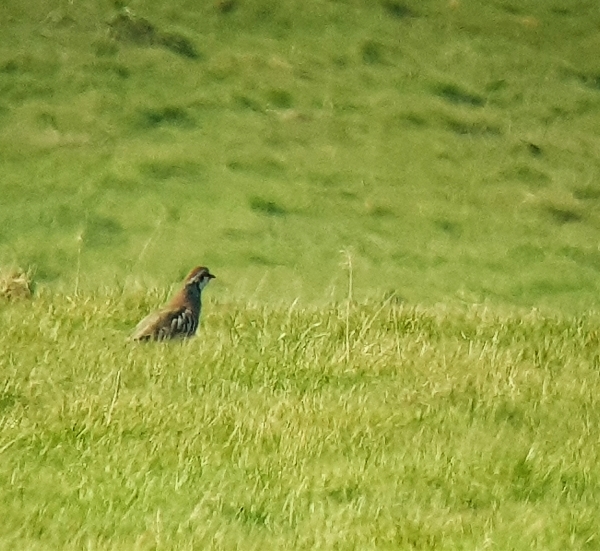 record shot of a Red-legged Partridge - I will get close to one of these, soon!!

I spent a while looking along the river Yeo for the Kingfisher without success, but it was lovely down there, completely out of the wind and much warmer. It started to cloud over as I made way up the hill homeward bound. I never saw a single butterfly, but I am not surprised, it was very cold for them and too windy.