WEATHER: the wind swept round to the south after a 7-day prolonged north/north easterly wind, so it was a little warmer but not much. It started cloudy but cleared as the day went on. Temp 10+C

I see four and twenty Blackbirds every morning but none of them seem to be singing, that is until today! I finally found one along the stream singing away. 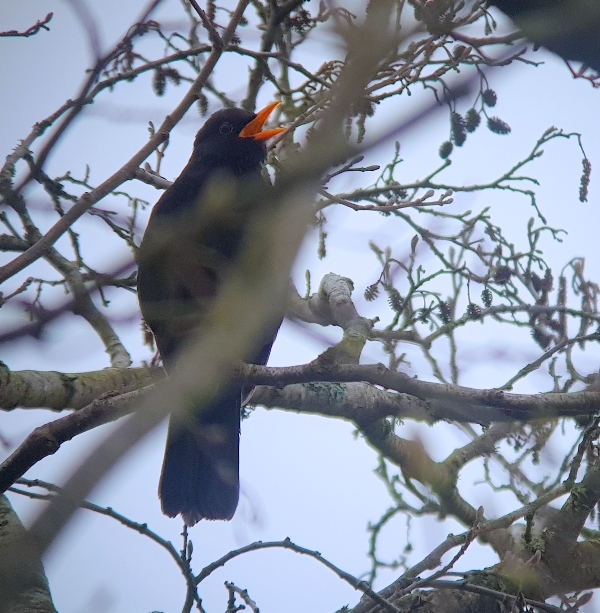 My next stop was, of course, at the Nuthatch nest hole, they were working on the repair and probably will be for the next two or three days, unless of course the Woodpecker returns! 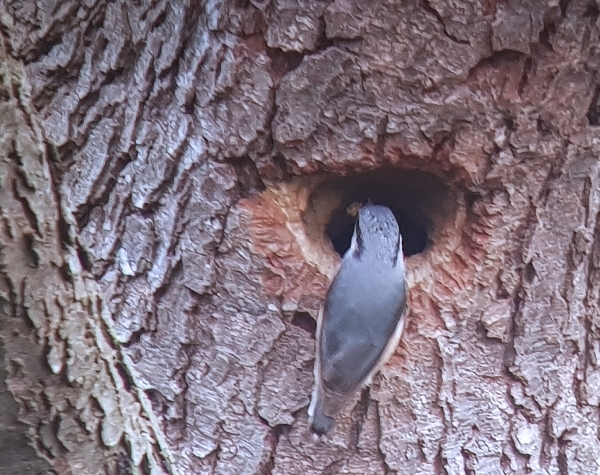 I was surprised to see a herd of cows in the meadows with a very large bull. The bull was pleased to see me, or at least I thought so,  but he proceeded to mount one of the cows. I had to walk past quite close to them and was worried that he might take an exception to that, but I walked past safely.

It turned out to be a quiet morning as far as pictures were concerned. I noted that the Grey Wagtails were now only seen around the road bridge just before the track starts, they are probably nest building there instead of the delerict building as I previously thought. A pair of Magpies have now returned to a nest just above the said road bridge and a pair of Crows have settled down to thier nest very close to the Nuthatch nest hole. 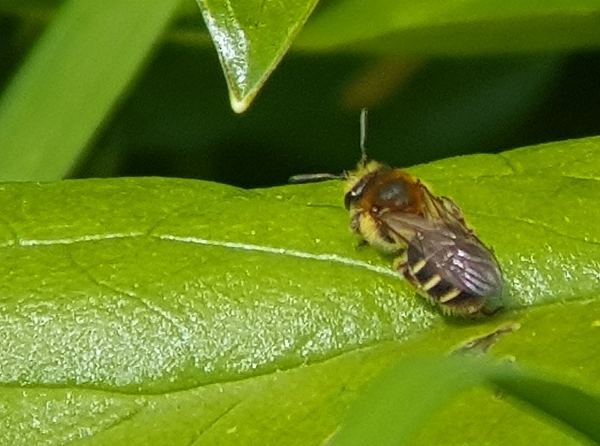 The usual mandarins were in place and the Kingfisher once again evaded my camera, I saw Song thrush a couple of time and a FIELDFARE in flight. Both Blackcap and Chiffchaff were present in three or four places but I never saw or heard a single Partridge.

I haven't mentioned mammals much in my daily rantings, I usually see Grey Squirrel and Rabbit,  but today I saw a furry brown mammal swimming inm the stream!!! It wasn't an Otter and it was far too big for a Water Vole, so it must have been a MINK. How I hate those beasts, they destroy everything edible, they often overkill and can decimate a Vole population. I really hope it was only passing through.

The sun finally came out around 10am and so did a few bees but no butterflies. I saw Miner Bees and two species of Bumble Bee ( White-tailed and Common Carder Bumble Bees), I also saw Dark-edged Bee-fly.

As I had walked the circiut without too many distractions I arrived back at the entrance gate a little earlier than usual, so, I followed the footpath south along the stream, passing under the railway line. The path led me into a wooded area with Chiffchaff and Blackcap singing and several new plants were in flower. 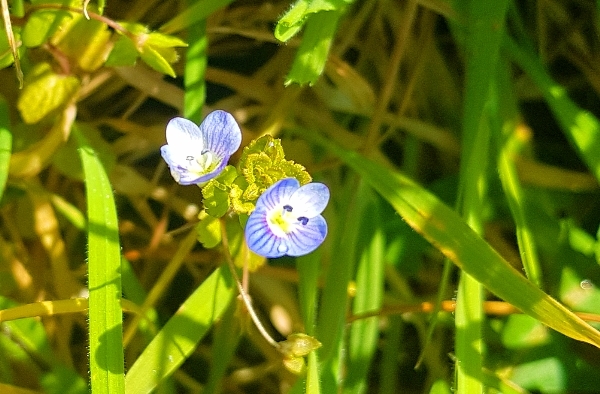 After a couple of hundred meters the path leads up to an open field and doubles back in the direction of the station. I heard a SKYLARK singing from somewhere once I got into the filed but I could not locate, that would have been a new isolation species.

As it got warmer I found both Peacock and Small Tortoiseshell Butterflies and a couple of new flowers for this blog, the beauty of plants is that they do not fly off and can be captured on film very easily! 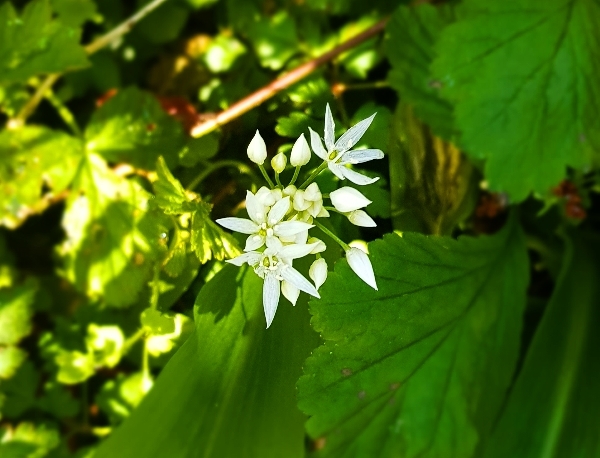