It was not the warm spring day that forecasters had predicted I'm afraid. However, it was still very nice out there with good light and plenty to see.

Today I was honoured by the presence of Dawn, she walked the whole 3 miles without complaining about the birding and enjoyed a lot of our sightings.

One of the first birds that we saw was Grey Wagtail, we saw one from the road bridge and another one was sitting on the delerict building singing. I hadn't seen one there for a while. 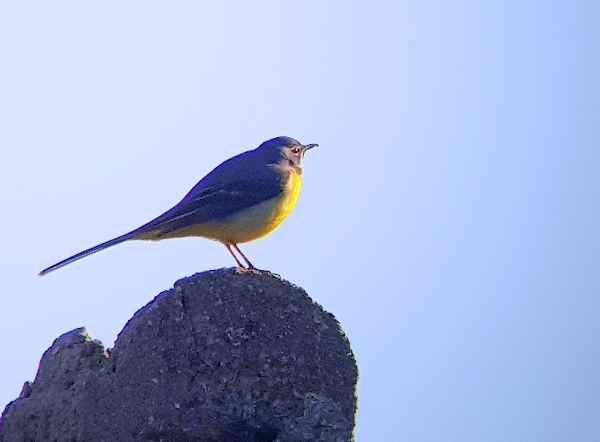 We started as usual at the Nuthatch nest site, they had worked hard over the last 48 hours and completed the repairs to the damged entrance. We saw them taking in nesting material yet again. 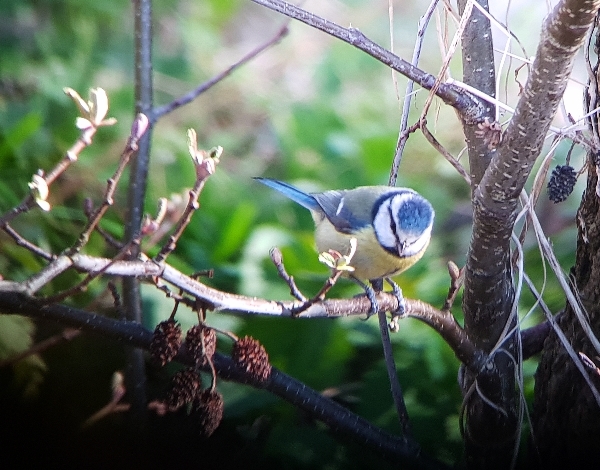 Blue Tit near the nest hole

A little further on we saw the Mandarin Duck, only the male was seen, perhpas the female is sitting on eggs or laying them, its a nice thought. I showed Dawn the Blue Tit's nest hole, the birds were still working on the renovations, they were taking material out of the hole, creating more space in readiness for nest building.

One piece of excitement was the sighting of the Kingfisher, he flew out from the bank right where the nest hole is, my hopes are now raised to another level, it would be great to see them breed there. The usual Chiffchaffs and Blackcaps sang out we also heard Red-legged Partrdige, Raven, Common Buzzard, Song Thrush (my first one in song on this walk), Blackbird and many Wrens & Robins.

Dawn spent her time admiring the coutryside and all its splendour, she manages to see many things that are usually blind to me because I am usually looking at things that move - not stationary scenery, landscapes and colours & contrasts. I must admit her photographs are always much better then mine are.

We spent 3 hours walking and returned home around 11:30am.

It was 1:30pm when I stepped out into the garden for a short sky-watch and I added two species to my "Isolation List", whoopee!! 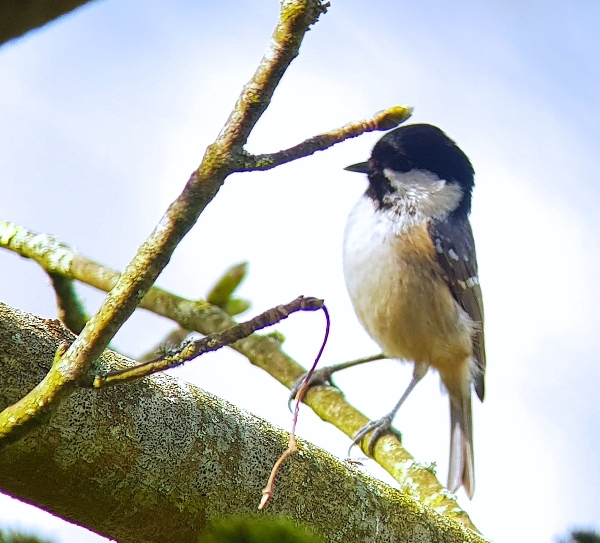 Coal Tit in the garden 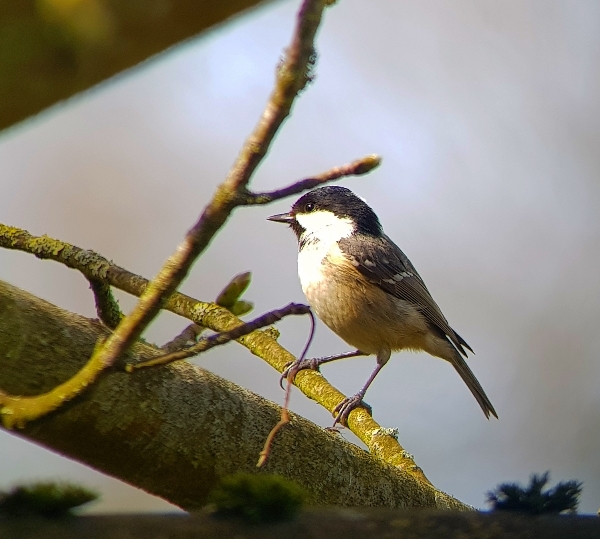 Of course i was distracted by the activity at the nest box and the feeder so sky-watch is a term I use loosly. A Coal Tit was visiting the feeder and as I mentioned yesterday I haven't seen one in the garden for about a week. A pair of Nuthatches, a Great Spotted Woodpecker, Blue Tits and Great Tits also fed at the feeder during my 'sky-watch'. 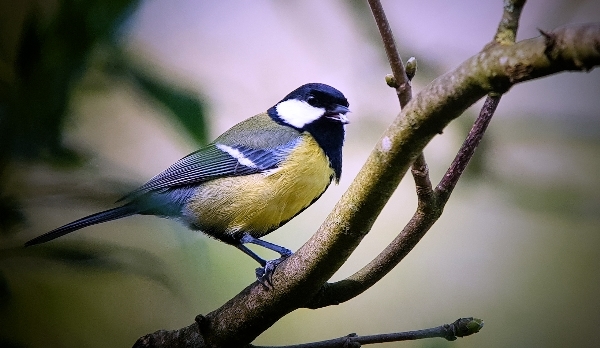 The flock of Goldfinches was around, but they failed to perch in the Sycamores in the garden so I still do not have a picture of that species yet. 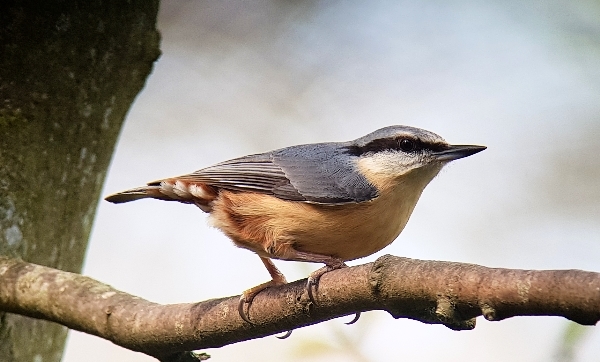 Eurasian Nuthatch in the garden 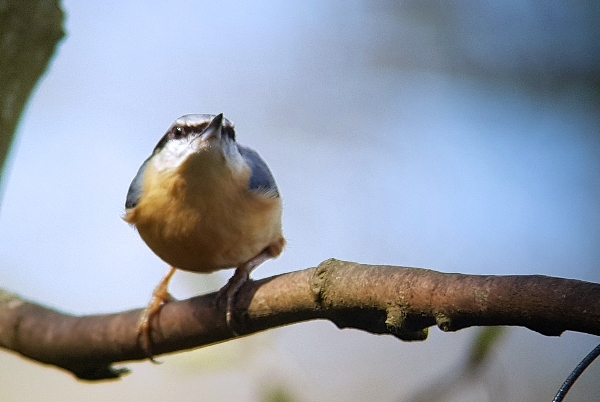 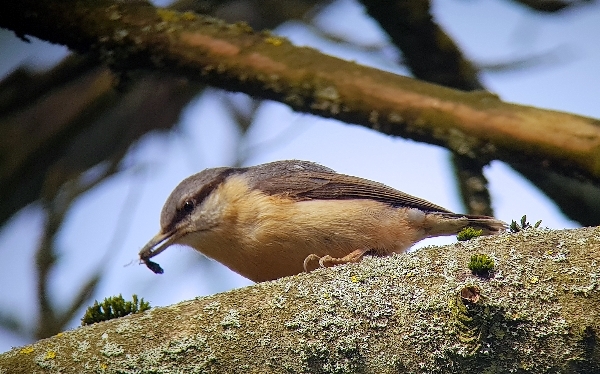 Now to my new species.....the first was a Feral Pigeon, stop laughing! It is a specieS, but I accept that a lot of people do not regard it as such. But, I do (especially when I'm trying to pad out my list!!). The next species was a good un'. 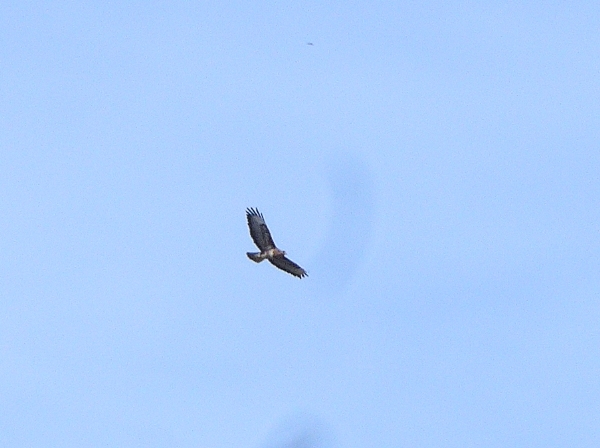 Common BUzzard over the meadow taken from my garden

I watching my local Buzzards performing over the meadow when I noticed some smaller dots above them. I found 6 more Common Buzzards very high up and drifting south, I can only assume that these are non-breeding juveniles who are just drifting around the county. 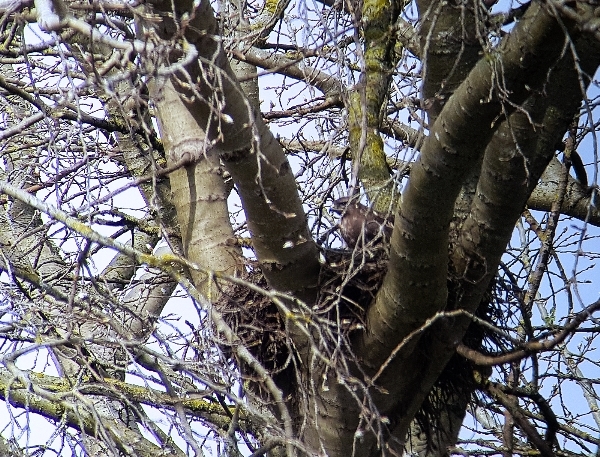 Common Buzzard on the nest

'My' Buzzards settled down, the female went onto the nest, but the male went up high again to perfom a little display, it was whilst I was watching him when I saw another raptor much higher up. I got it in my bins and saw that it was a Peregrine Falcon, now that's a good garden Tick, thank you very much. 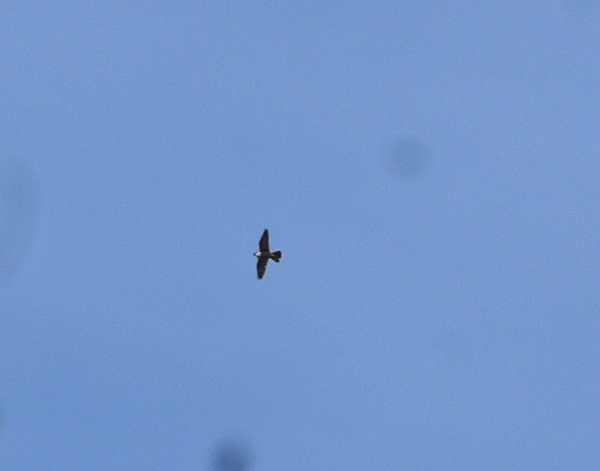 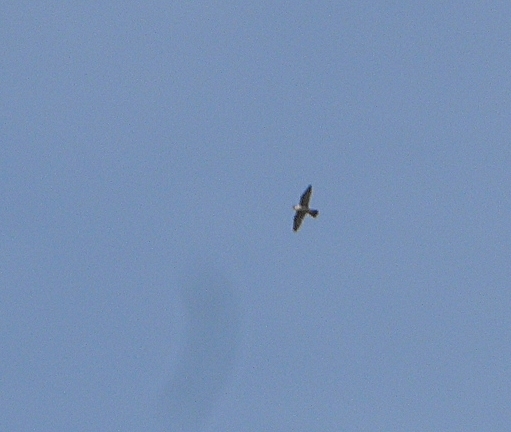 A flock of 44 Herring Gulls came over after being disturbed from the ploughed fileds and a pair of Goldcrests worked their way through my hedgerow just before I went back indoors. 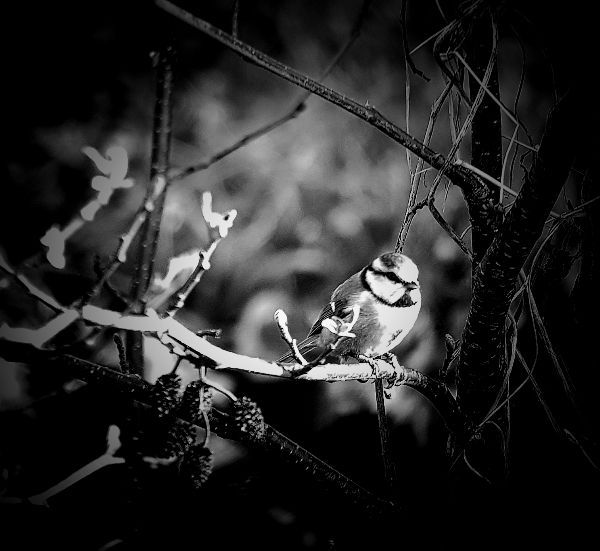