It is just great to wake up every morning and see a clear blue sky, quite amazing really considering that we are in the UK and in the Southwest! I'm not complaining it could be much worse.

The world was alive with the sound of music in the form of bird song, coming from all directions and all at once. The Nuthatches were still busy repairing the muddy entrance to their adopted nest hole, it looked as though they had been visited once again by the Green Woodpecker. The saga goes on.......and on! 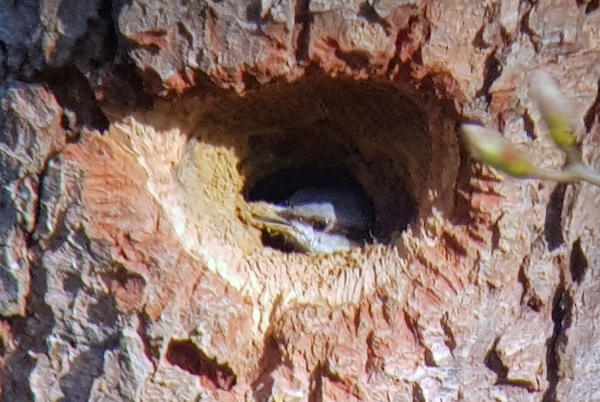 you can see the new damage above the bird's head

I was watching the Blue Tits working on their nest hole when I noticed a Wren collecting nest-building material. He flew down to the reeds at the side of the stream and seconds later came out minus the nest material. I mentioned before that the male Wren builds several domed nests and shows them to the female hoping she will select one of them. Its such a lot of work for the poor little fellow. I'm afraid this particular nest will be rejected outright, he has build it just 25cm (1 foot) above the water level, a good spell of rainfall will wash it away. I do hope she sees this design flaw. 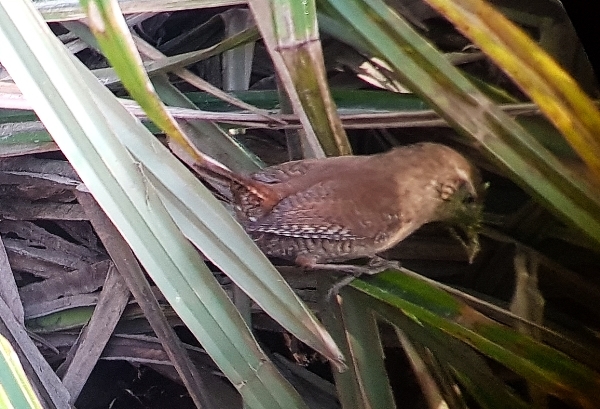 Next, I had a nice surprise waiting for me in the ploughed fields, I glanced through the trees to look at the corvids and saw two pigeons on the earth. Once they were in the scope they turned out to be what I had suspected, STOCK DOVES, fantastic, I never expected to be able to photograph these but there they were. 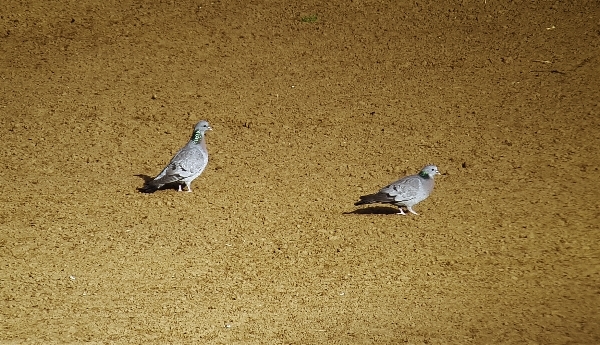 these two Stock Doves were feeding on the ploughed field

After my good luck with Doves I had back luck with the Kingfisher, not a sniff, not a sqeak not a sign of them. I bumped into Mandarin Ducks two or three times, they are tending to sit out on the banks of the stream of late and they keep catching me unawares. I watched the ivy bush for a while and as I gave up and began to walk towards it a Redwing flew out and then a Fieldfare flew towards it but turned around once it saw me. I can't believe that both of these species are still here in the UK, they should have gone North by now. 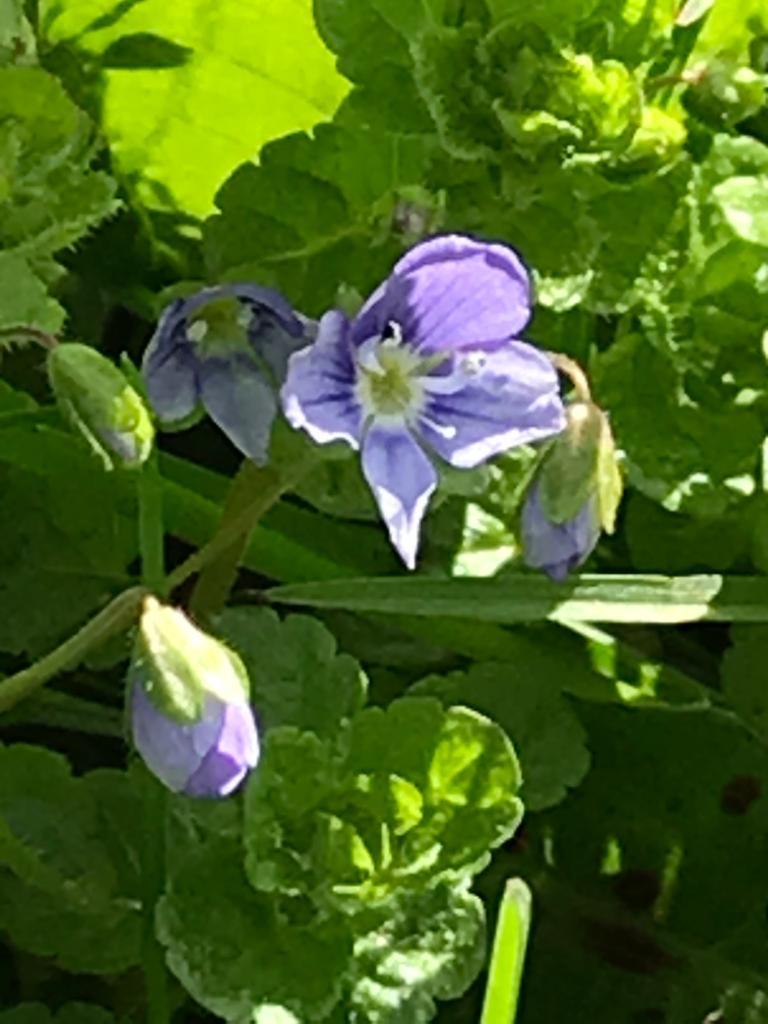 I heard more Blackcaps than Chiffchaffs for the first time and I saw a lot more activity from the Woodpeckers, both Green and Great Spotted were very vocal. As I walked along the banks of the river Yeo I heard Goldcrest again, a stop and search produced a nice sighting, the same happened with Treecreeper, although I saw at least three pairs of the latter during the course of the walk. At least three Willow Warblers were flycatching along this stretch of the river.

A curious thing happened next, I saw a Song Thrush carrying food, that's not so bizzare as it could be feeding young at this time of the year. But, instead of flying to a nest somewhere it chased around after a second bird, maybe it was a love token and they were just getting together, she didn't seem too keen.

I photographed a couple of flowers, the Cuckoo Flower (better known as Lady's Smock) is now flowering in the grass alongside the stream (I was helped with identifying it by my old mate Jack) and the Lords and Ladies of the arum lily family is starting to get going. 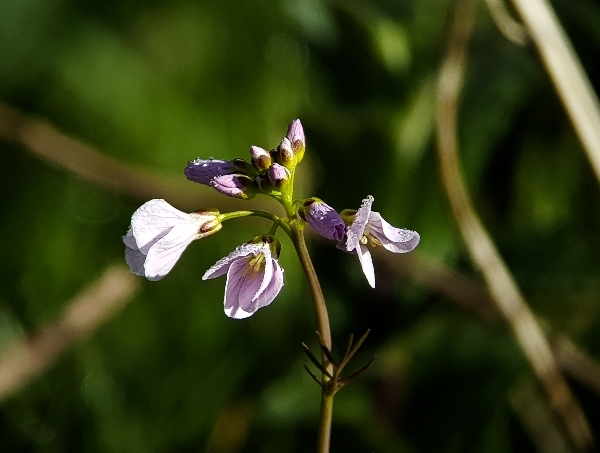 not yet opened - the Cuckoo Flower or Lady's Smock

you can see why this plant, with its phallic imagery, is called 'Lords and Ladies' (Arum maculatum) - with this specimen the Lord (spadix) hasn't quite got out of bed yet, but when he rises he will turn purple and start smelling like rotting flesh (to attract small flies known as owl-midges, which pollinate the flower). No personal comments please!!!

As I got back home I saw a couple of Common Starlings in the car park, this was only the second time I had seen this species in 25 days and they used to be so common. 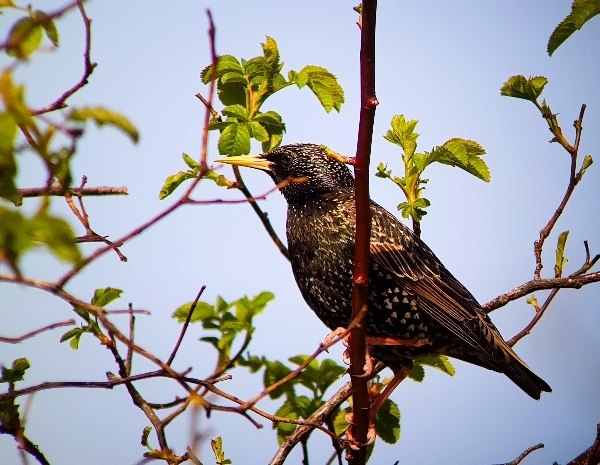 I have a bit of garden news, whilst I was talking on the phone to Jack about the flowers a BARN SWALLOW flew across the meadow and back again, yippee!! now summer is here!!! I tried to get Dawn to see it but failed. This is a new species to the 'Isolation List'.

Jack gripped me off by telling me that he had seen Green Hairstreak butterflies during his morning walk, bah, humbug!