WEATHER: what can I say, it is just amazing weather, dry, sunny, warm and no wind.

The joys of spring are all around us, the sights and sounds of mother nature at work are enough to fill your heart with joy, I feel immense pleasure and privileged just being able to witness it.

My route today was exactly the same as the previous 28 days and yet I saw different things and heard different calls and songs, it is just amazing out there. I'll start with the Nuthatch nest, nothing to report!! The muddy entrance is still damaged and there was not activity around the nest hole. I did see the pair of Nuthatches in the nearby trees but they did not approach the nest. There was no sign of the Green Woodpeckers until I heard one calling not far away. 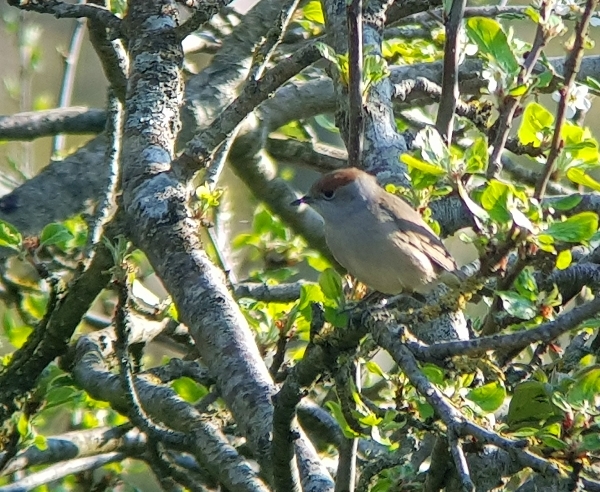 female Blackcap and below the male she was eyeing-up 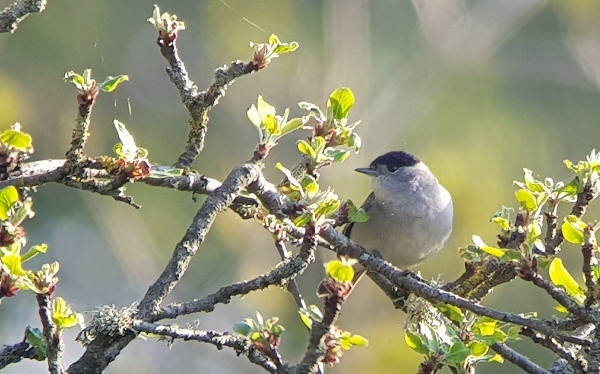 The Wrens continue to build their nest in the precarious position I mentioned yesterday and the Blue Tits were still seen around their nest hole. I saw eight species in the ploughed fields, which incidentally are turning green rapidly as the shoots of the wheat are bursting through the soil. The eight species were: Rook, Jackdaw, Carrion Crow, Herring Gull, Leser Black-backed Gull, Pheasant, Wood Pigeon and Stock Dove. 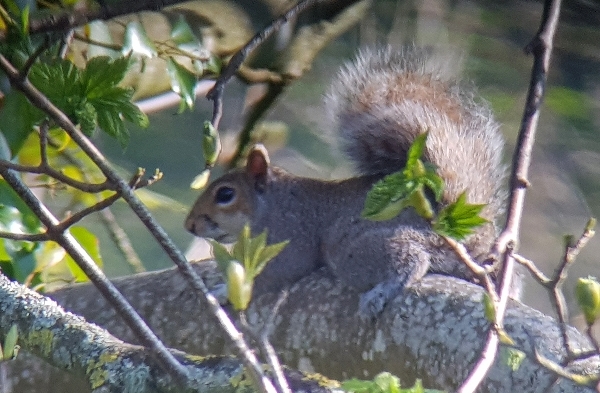 this Grey Wagtail is taking it easy

I made a special effort to try to find a nest of the Treecreeper, so every time I saw one I watched what it was up to. Bingo! I found two nests along the stream, however both of the entrances were facing away from me and I couldn't get around to see them clearly. I tried to photograph the birds coming and going, but both pairs were biulding nests and shot off very quickly everytime they left. I shall try harder tomorrow. 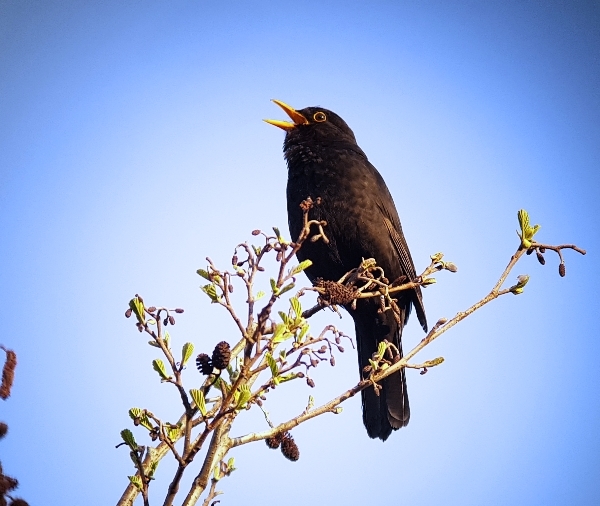 There are now Blackcaps singing every few hundred meters and Chiffchaffs are the same, I never heard a Willow Warbler all morning but found the Goldcrest on territory in the usual place. At least four Song Thrushes are singing along my route but do think I could locate one of them? No, They always seem to sing from the canopy of dense trees. 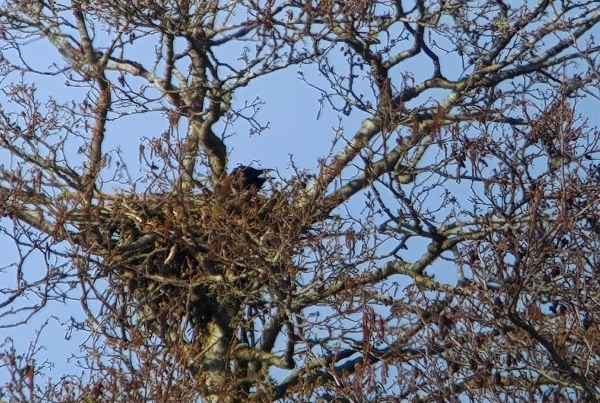 the Carrion Crow is still sitting on eggs

I had an interesting chat with a local dog walker. From a safe distance we shouted at one another, he thought he had just seen an Otter in exactly the same place as I had seen a Mink the other day. He seemed pretty convinced but after a while he came round to my way of thinking. I shall have a good look tomorrow. 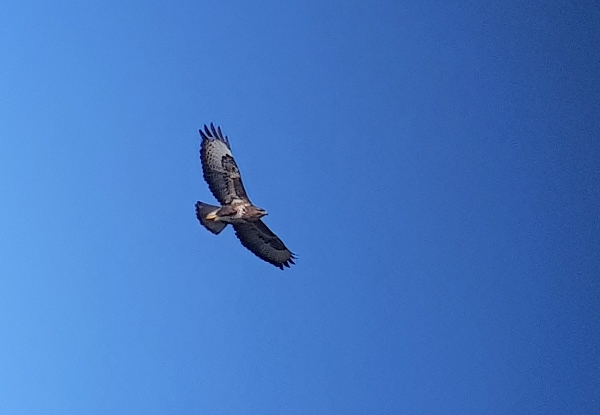 During the lovely sunny afternoon Dawn and I cut the lawn and later I sat watching my bird box and the activity in the meadow. The local farmer is muck-spreading in the meadow and he was finishing off today. Four Wagtails flew in a little later, two male Pied Wagtails and two male WHITE WAGTAILS ( the continental sub-species of Pied Wagtail), wow! this a really good bird for inland Somerset. 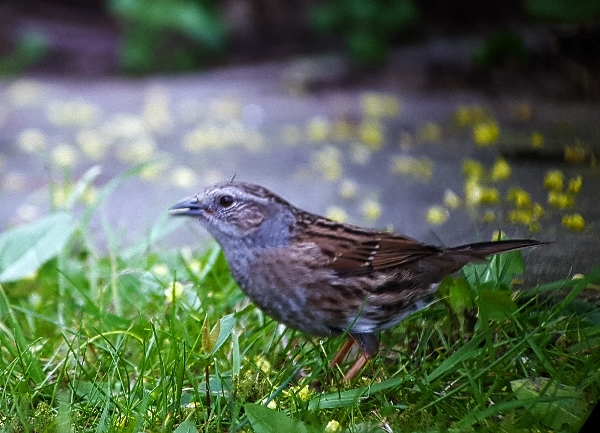 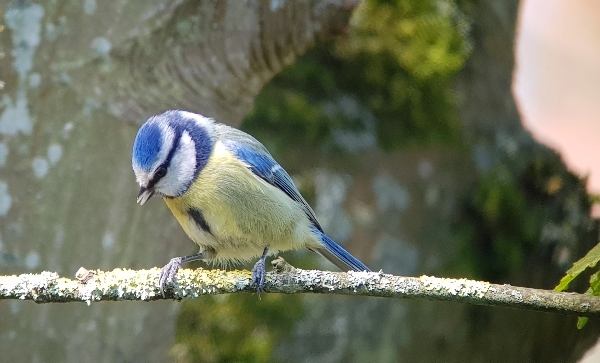 Other sightings in the Garden were Dunncok, Blackbird, Robin, Blue Tit and Great Tit (both oif the latter species are going in and out of my bird box, the Great Tit spends a lot time chasing the Blue Tits away), also Goldfinch, House Sparrow, Common Starling and in the meadow Common Buzzard, Raven, Red-legged Partridge and HOUSE MARTINS. The latter species is a returning migrant and they are already vsiting nests under eaves of our block. 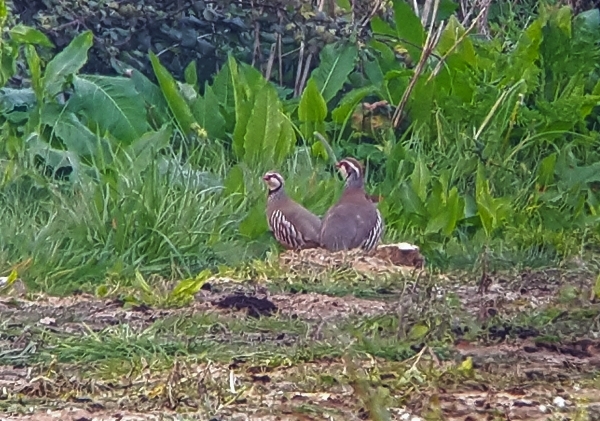 White Wagtails seen in the meadow this afternoon