WEATHER: a colder start than yesterday, clear at first then cloudy until noon then clear again. Very warm in the pm.

My first COMMON CUCKOO of the spring called out today but I never saw it, I did add two other species to the Isolation List when I found my first EURASIAN LINNET and a few minutes later I 'kicked-up' a MEADOW PIPIT.

For those of you waiting with bated breath here is news of the Nuthatches.............they are safe and well and seem to be nest biulding again!! No sign of the Woodpeckers or of further damage, let's hope that this saga is finally over. 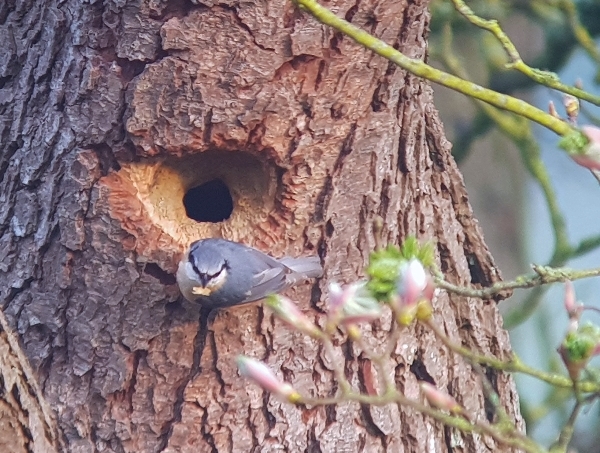 I staked out another pair of Treecreepers this morning, they have chosen a nest site on my side of the stream, however I did find it extremly hard to get a picture of either of them carrying nesting material, so you will have to make do with the one below for now. 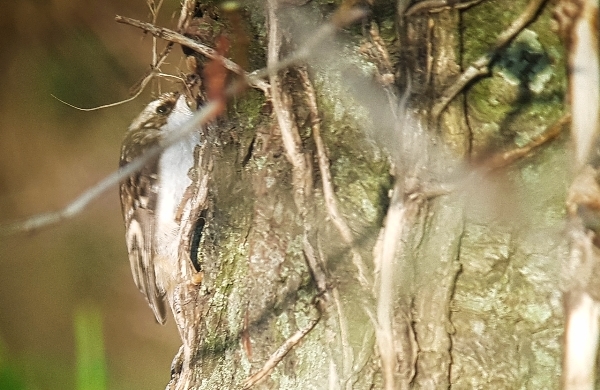 The Kingfisher contiues to taunt me by showing when I least expect it, I swaer he does it on purpose. One day I am going to catch him unawares and click, click, his soul will then be captured in my phone for all eternity.

I had a nice surprise at the blackthorn clump when a male Bullfinch flew in and started feeding very close to me, he moved around partly obscured by twigs so I never even tried to get a picture, I just enjoyed the moment. I contiue to search for my first Garden Warbler in this same clump but all I got was Blackcaps which incidentally were far fewer in number today than yesterday. I assume that most of the 'wave' of Blackcaps have moved on to pastures new. 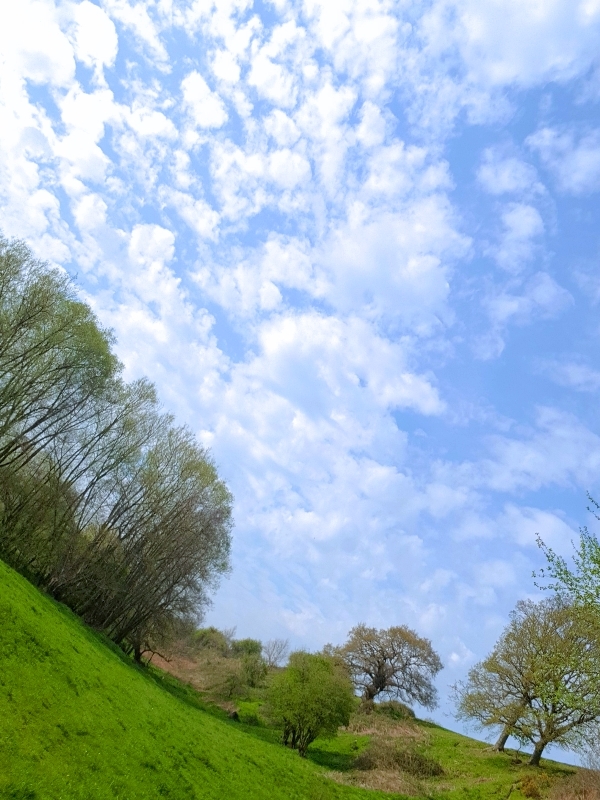 Having spoken to a dog walker yesterday about the possibility of an Otter (or Mink) being present on the stream I made a great effort to look for one. The only evidence I came up with was a 'spraint' which does suggest the existence of an Otter at some time in the past (although the spraint looked fresh!!). [ A spraint is the dung of the Otter, it has a very distinctive smell, unfortunately The spraint I saw was on log in the middle of the river, so i couldn't sniff it!]

As I was trying to track down a Goldcrest that was in full song I heard what I really didn't expect, a COMMON CUCKOO. It was long way of in the woods and I knew I had no chance of seeing it, but there will be more.

Further along the River Yeo I search the grassy bank for butterflies and came up trumps with a new sighting for the year when a GREEN-VEINED WHITE alighted on a Dandelion not far in front of me. I also saw many Orange Tips, Small White, Brimstone, Peacock and Small Tortoiseshell. Before setting off up the hill I had a quick look at the river and saw another unexpected species, a Feral Pigeon! It just shows you that they do exist outside of town. Shortly afterwards a Stock Dove called from further up the valley, who-look, who-look, who-look. 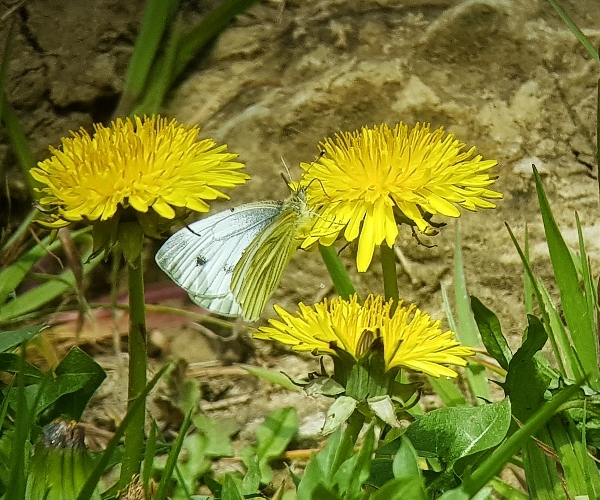 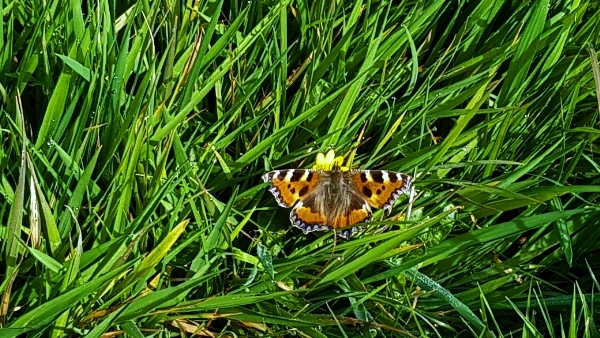 Walking up the slope of the hill on my way back home I heard the trill call of a LINNET and soon I had it in the scope, shazam!! Another new species for the Isolation List. 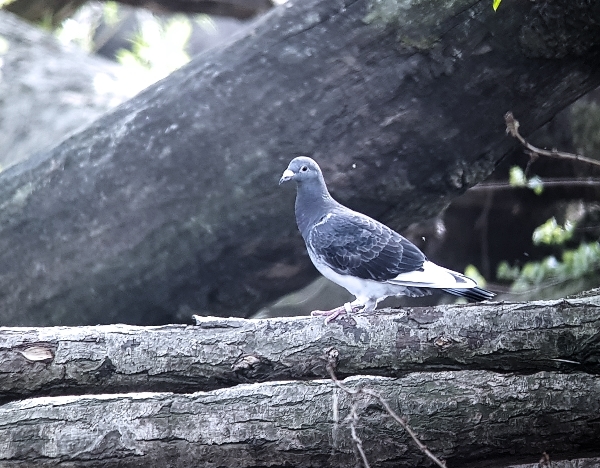 Feral Pigeon by the river 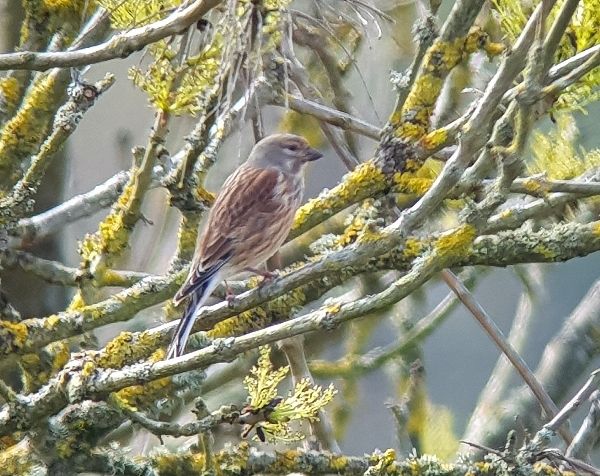 At the top of the hill another new species got itself on my list when a MEADOW PIPIT shot up from the grass in front of me, it called and flew off a long way, I can remember seeing flocks of these pipits in this very spot during last winter so why was I surprised to see one now, it is an ideal place for them to breed.

My final sighting was at the gate at the end of the walk, a LITTLE EGRET flew up from the stream and landed in one of the alder trees, it was at the back of the tree so very difficult to photograph. This was the first sighting of Little Egret on the Stoford walk although I had recorded it twice during my recent excursion to Clifton Maybank with Dawn. 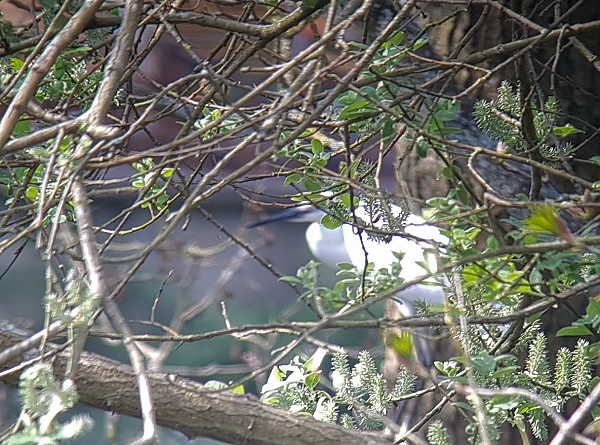 My garden watch in the afternoon produced a few sightings including both Pheasant and Red-legged Partridge, Pied and Grey Wagtail and all the usual common garden birds. I raked a pile of moss from the 'lawn' and left it for the birds to use for nesting material. I hadn't walked 10 meters from the pile when a Robin flew in and grabbed some. 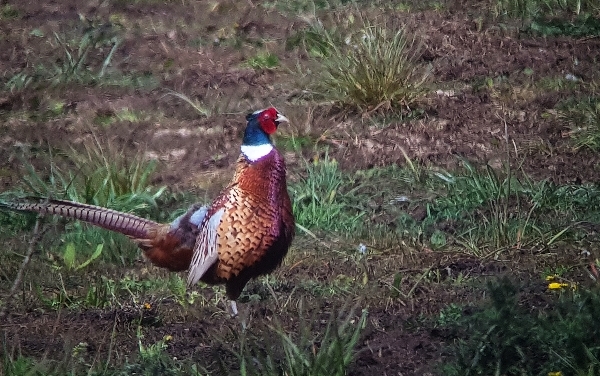 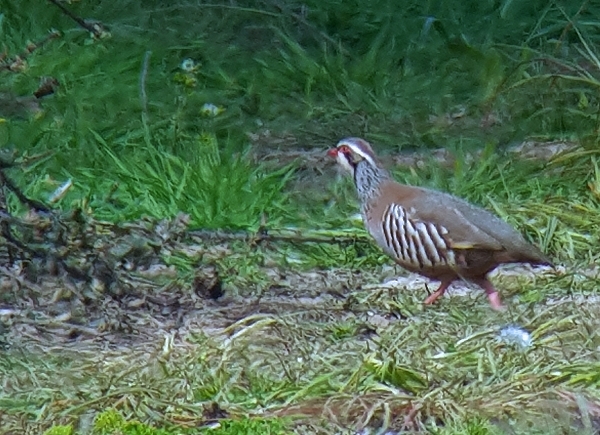