WEATHER:  cloudy and a light frost to start with, then clear sky and a lot warmer in the afternoon.

Here we go again! Yet another perfect morning for a birding stroll, high cloud with not the slightest bit of wind. I loved every minute I was out this morning despite not seeing a plethora of species or, in fact, many birds at all.

I know some of you think that I am obsessed with taking pictures of Nuthatches and Mandarin Ducks, I'm not really! But the Nuthatches are so easy to photograph on my patch and who can resist taking a picture of a male Mandarin Duck in any circumstances? 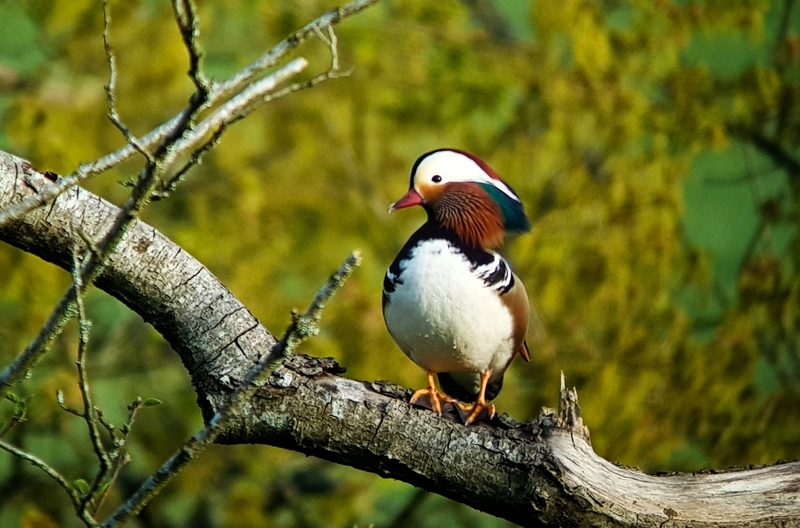 there you go! My daily fix of Mandarin Duck

As it happens there wasn't much else to photograph today, it seemed very quiet again, I think many species are very busy nest building or egg laying. The Nuthatch nest remains intact, I never saw Wren, Blue Tit or treecreeper around their respective nests and Great Spotted Woodpeckers seemed to have stopped drumming. 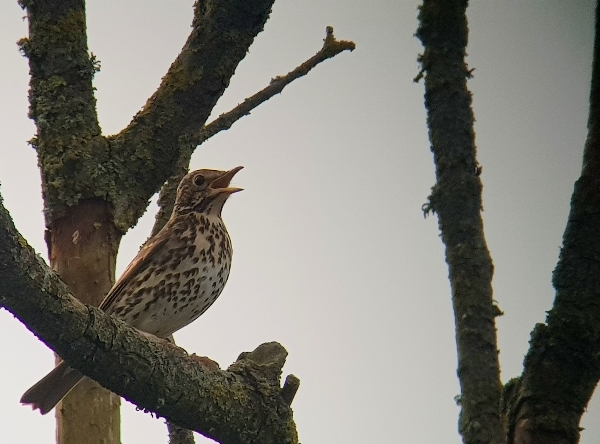 I finally got a reasonable picture of a Song Thrush

In the side-valley from where the River Yeo flows as it makes its way from Bradford Abbas there is a steep bank on my side of the river. On this bank there are large clumps of bramble and this is where the Linnets are nesting, I stopped to watch for the Linnets and discovered that a few other species are using the same clump of brambles as their nest sites. 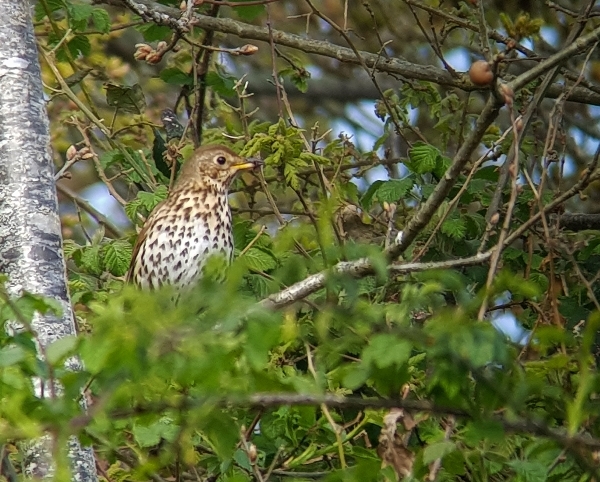 Song Thrush in the brambles carrying food to its chicks

I saw Goldfinches carrying nesting material into the brambles, also Wren, Dunnock and Blackbird are doing the same. A Song Thrush flew into the brambles carrying a small amount of food, so I guess she was feeding newly hatched chicks. A Pair of Blackcaps were chasing around the same area and I often see a pair of Robins there too.

one of the the bramble clumps

A Chiffchaff calls everyday from the White Poplar Trees next to the brambles, yesterday I saw the Chiffchaff fly down to the grass next to the clump. I know that Chiffchaffs and Willow Warblers  are canopy birds but they both nest in grass on the ground!! Wood Warblers do the same in the woods, but usually find a crevice in a tree root system or similar.

Dawn met up with me at the end of the walk and together we walked across to Barwick house and walked along the public footpath which takes you past the House and Lake and also through a large parkland.

I managed to photograph Tufted Duck (above) and Little Grebe and got a reasonable shot of a Jackdaw, we also saw Green Woodpecker, Coot, Moorhen and Mallard. I also managed to get a better picture of Speckled Wood butterfly. 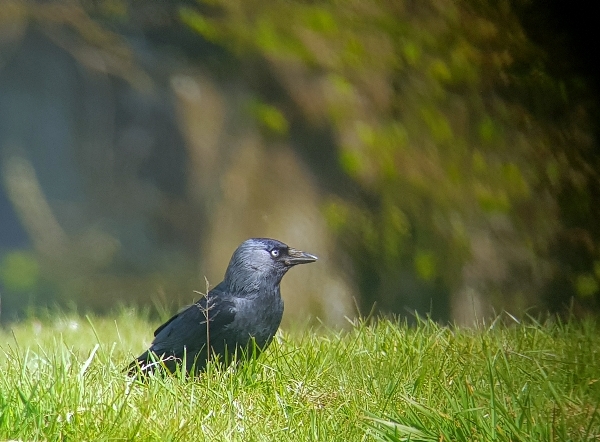 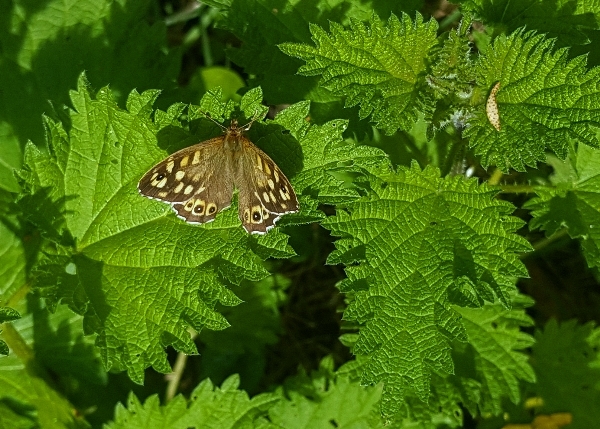 Once back home I sat in the sunshine and watch my local farmer destroy the grass meadow outside our home! It was ploughed yesterday and today it was rolled and harrowed and soon it will be seeded (maybe even tonight as they are still mout there as I write at 8:30pm). Despite my misgivings about the ecolgy of the meadow, 15 Heering Gulls landed even before the harrowing had been finished, soon a flock of Jackdaws, acouple of Crows and a Pheasant had joined them, perhaps it won't be so bad after all. 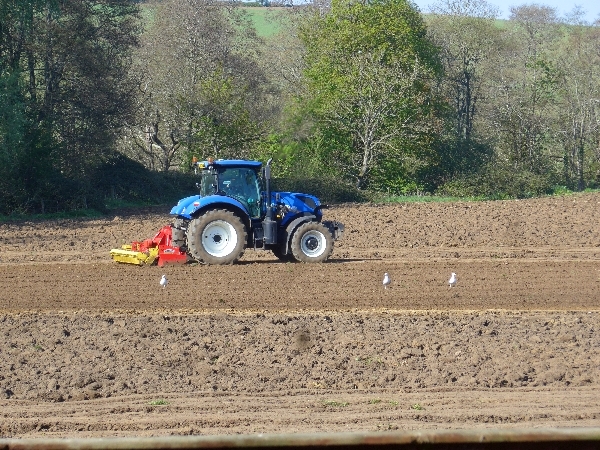