I was very lucky with the weather today, the air was dead still and even though there was a blanket of dull clouds overhead the rain kept off until 9:30 as I was heading back. I was also lucky with my sightings as I found my 70th species of the lockdown!

My first encounter with my local patch birds was with the Magpie, he sits at the top of the tallest tree near my home and waits for the sun to come up. A Wren, who is probably one of a dozen throughout the walk, sang his heart out once more, I have to applaud this little fellah he has performed his excellent aria for the last 30 mornings without fail.

The Green Woodpecker was next to call and then Pheasant, Rook, Jackdaw and Robin broke the silence in turn. I walked fairly quickly to the Kingfisher sand bank where the nest hole is. I parked my telescope about 30 meters away and focused on the hole and waited. nothing happen for 30 minutes so I gave up, it wasn't warm enough to hang about much longer.

As I approached the nest hole the Kingfisher flew off from a low perch, doh!! He got me again, this whole relationship has got to change or I will go crazy. I know that Kingfishers build their nest hole in February and early March, they biuld a nest they just lay 6-8 eggs in late March or early April. The eggs take around 20 days to incubate. I reckon that the female is now sitting on her eggs (the male does do some of the sitting too) and they will be feeding young at the beginning of May, that is when I will get my photograph. 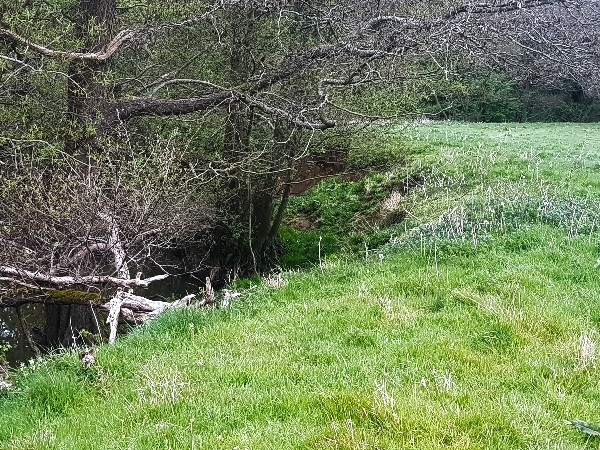 this is my view of the Kingfisher hole, you can just about make out the sandy bank below the trees 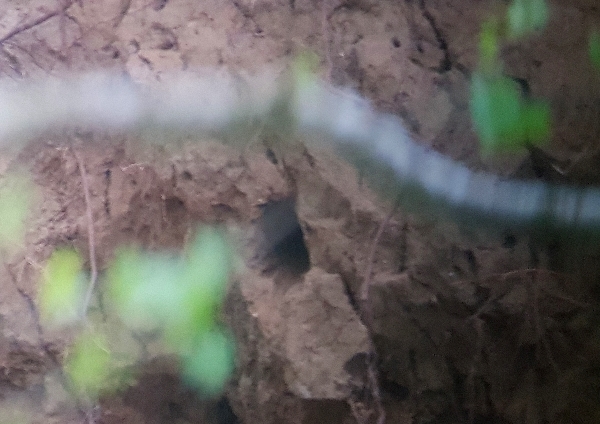 I walked past all the other nests I know of and saw very little activity but as I stopped in my usual place where the stream meets the River Yeo I heard a Jay and then it appeared fleetingly across the river. It was a long overdue sighting and one I had expected from the outset. The bird stayed for a few seconds before flying deeper into the woods. 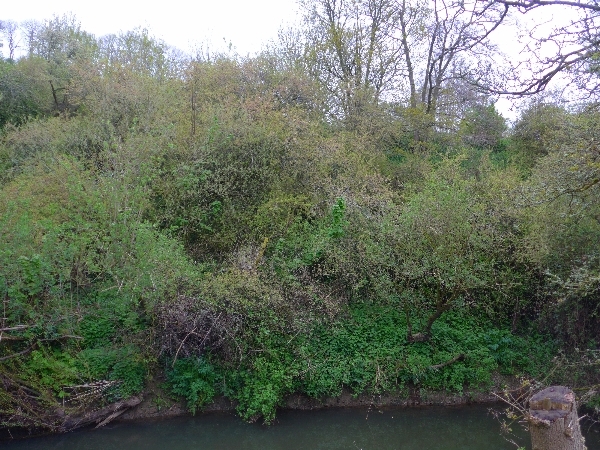 this is where I saw the Jay, it was a vibrant mass of blackthorn blossom last week and has been very productive over the last few weeks.

I did hear 3 Goldcrests singing at various points along the way. Two of the territories I knew of, but the third was along the river Yeo in the side-valley. 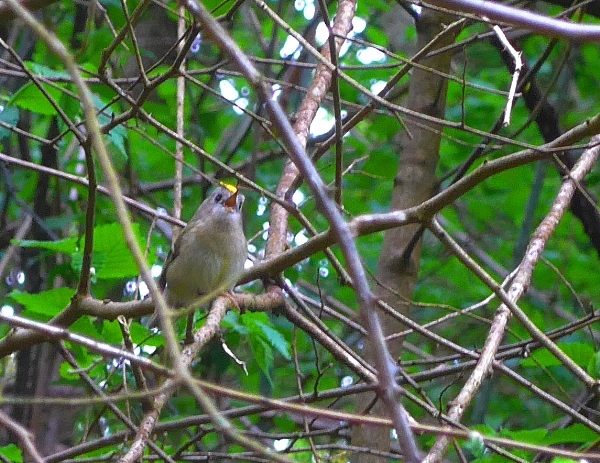 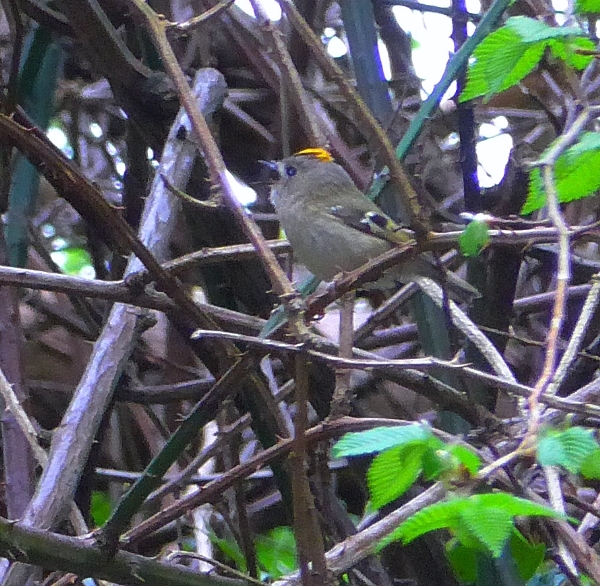 At that point I had very few photographs to show you so I made an effort to get the Goldcrest in the can and then I spent sometime beneath a Chiffchaff that was also singing, I got him OK. 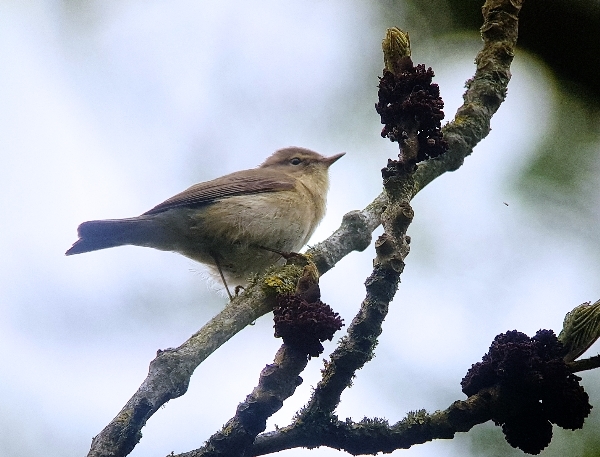 The rsain started in small light spots but soon began to increase in its intensity, so I increased my pace and got home a little earlier than anticipated. The rest of the day was spent indoors occasionally looking out at the rain coming down over the newly ploughed meadow just outside of our garden. I saw Woodpigeon, Red-Legged Partridge, Pheasant, Carrion Crow and Pied Wagtail out there.