For me it was such an uplifting morning because over the last few days I had lost a bit of enthusiasm, I guess the weather conditions have a lot to do with. This morning felt invigorating and it replenished my endorphin levels, yes, I loved it out there today. 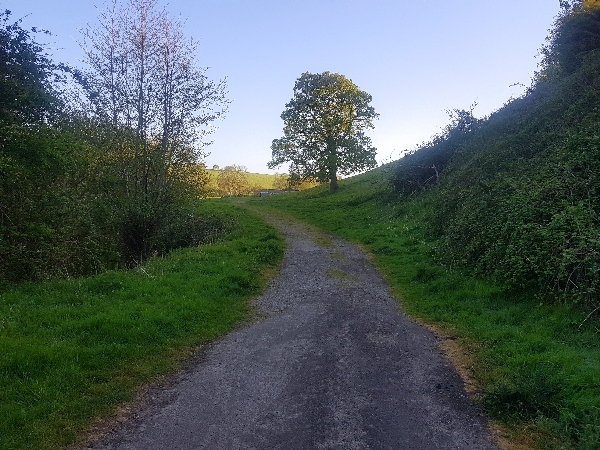 Things are getting quiet as far as bird activity is concerned, I assume that most nest building has been completed, one partner is sitting on eggs whilst the other is either foraging for food or singing. I found another Wren's nest in the bank of the river, this one is at the top of the bank unlike the first one I found which was at the water level. Incidentally, the water level is now quite low, many little rippling cascades are forming and lots of stones and rocks are now exposed. 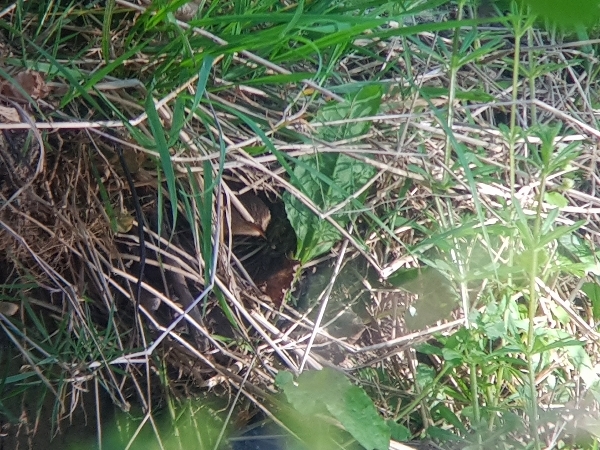 Seeing both the stream and the river so low reminds of Dippers and Sandpipers, either one of those would sit nicely on my list thank you very much! Coincidently, a report of a Dipper was made from someone just 1 1/2 mile up the River Yeo from me, at Bradford Abbas. I looked at the tweet, there was a video-recording of the bird, which in fact, was a Common Sandpiper!! Someone else had tweeted with a correct ID, but nevertheless, a Common Sandpiper would be a mega for me and it was oh, so close! 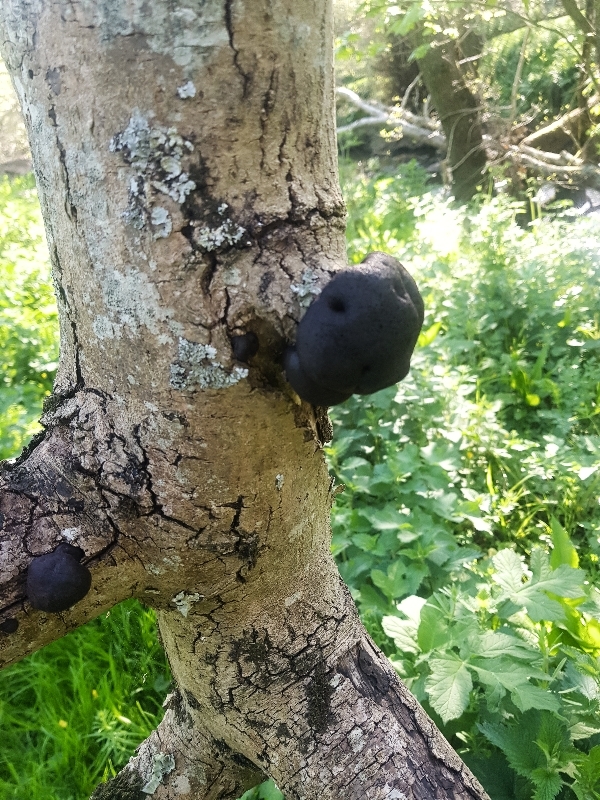 I heard my second Cuckoo of the year, this one was a little closer but still quite a distance away and once again I never saw it. I climbed a little way up the slope of the hill and whilst I searched the distant trees for the Cuckoo, a Roe Deer ran across the scrub on the other side of the river, surprisingly, that represented my first Roe Deer sighting in the valley. 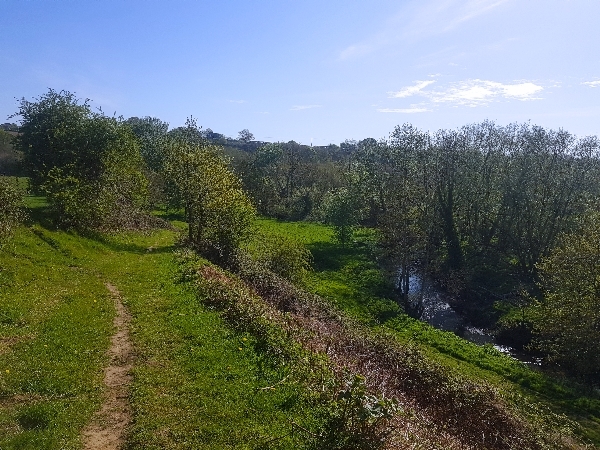 Swallows are now a regular sighting, I saw three or four flying north at various stages of the walk and House Martins are seen daily visiting the nests in the eaves above our flat. I continued up the hill on my way home, at the top I spent time scanning the horizons and the sky. I saw five Buzzards in the distance, a few gulls and another Swallow. 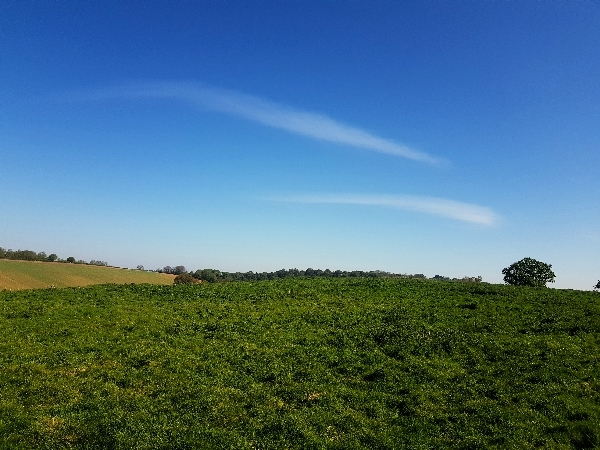 Before I finshed the walk I spent a little time looking for Comma Butterflies in some brambles, the bramble clump was very near to the stream. A pair of Mandarin Ducks came swimming towards me, I kept very still and they settled beneath the trees. I obviously took a few pictures, why wouldn't I? I also watched them feeding for a while, the female was dabbling and eating vegetation from beneath the water, whilst the male spent some time chasing and catching Pond Skaters. Amazing I have never seen that before. 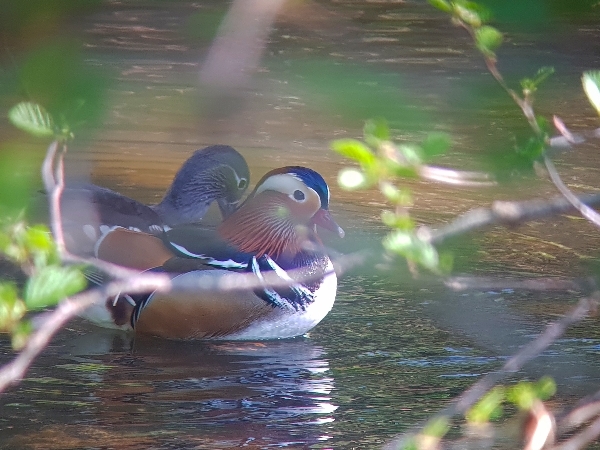 Back at home I found this Large White Butterfly on the path, he didn't seem very well, however, when I looked again later he was gone. 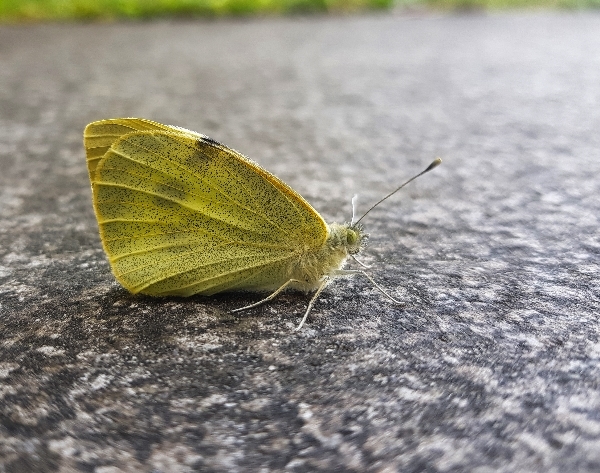 I also scanned the meadow in front of our flat and saw the usual collection of Wood Pigeons, Jackdaws and Red-legged Partrdiges, a pair of Magpies were also out there,