WEATHER; wall to wall sunshine once again, a light breeze gathering momentum during the morning

Before I began my walk at 6:45am I scanned the ploughed field outside our garden and found a surprising number of birds, 11 species in all:

I fumbled around with my scope and phone to try and get a picture of the Stock Doves, but they flew off. Those birds are so scatty, none of the other species batted an eyelid. So I ended with up a picture of the Gulls. 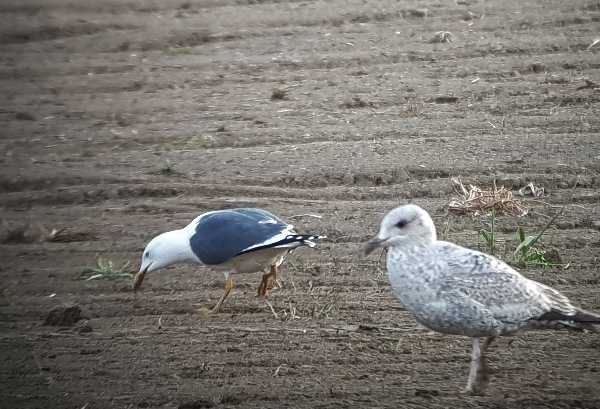 I walked more or less straight to the KIngfosher nest hole and set up my scope ready for my spectacular picture of the Kingfisher..............however, my picture required the presence of a Kingfisher and that did not materialise. I did find, yet another, Wrens nest. A male Wren was singing as usual then he dashed off and came back with a mouth full of moss. He flew straight up to the Kingfisher hole and landed just above it and disappeared into the grass. 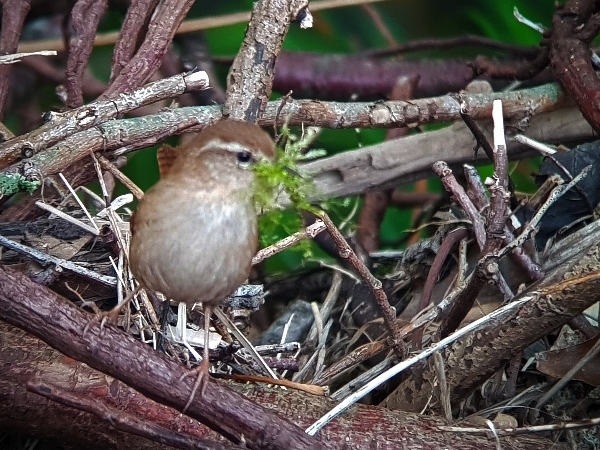 Wren with a mouth full of moss

Further down the trail I stopped to listen to Goldcrest, Blackcap, Chiffchaff, Chaffimch and Robin. At the corner where the stream meets tthe River Yeo I stopped and stood in my usual place, it is amazing how many different species I have seen just standing there. Then all of a sudden I heard, "honk", "honk" and there above me flew a group of 5 Canada Geese, wow! That was number 71 on my Isolation List. 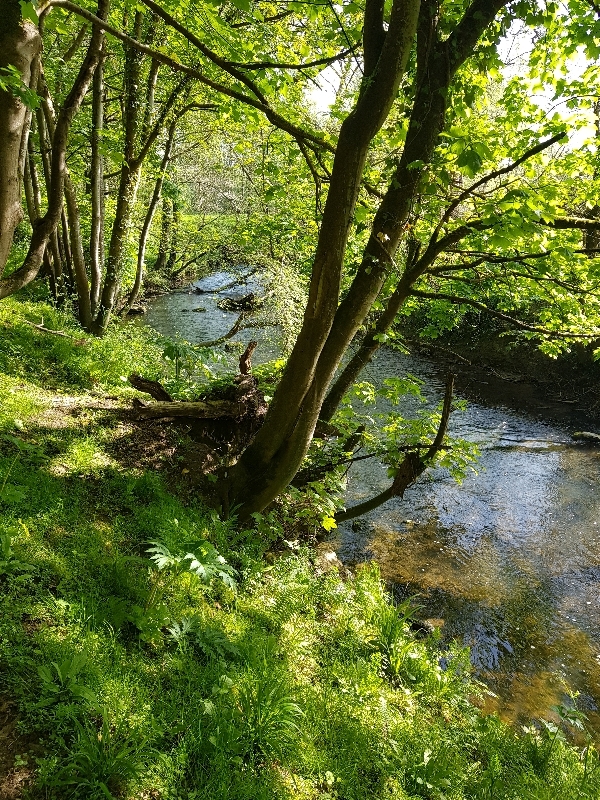 a small section of the River Yeo, how beautiful is that?

I spent a lot of time around the brambles on the slope of the hill, I had heard a Cuckoo again but it had stopped quite a while back. I traced another Goldcrest that was singing away in the lovely sunshine. A Blackcap showed well at times, but most of the time he chasing a female around. Both Goldfinch and Linnets were busy around the brambles as was Song Thrush, Robin, Dunnock and another Wren. 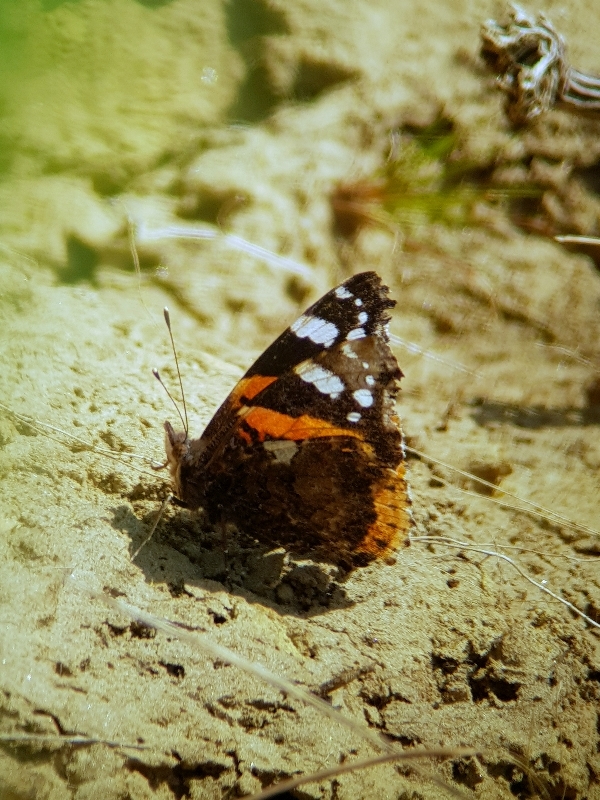 Red Admiral - this specimen failed to open its wings for me

I walked up and over the hill heading back home before I made my last stop near the stream back at the entrance to the walk. I watched a few butterflies, Orange Tip, Green-veined White and this Speckled Wood. 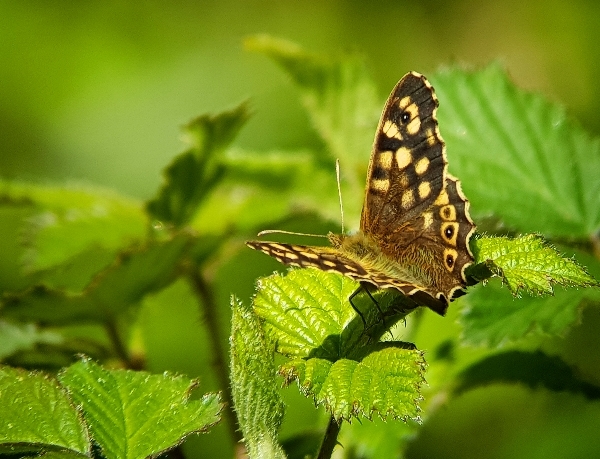 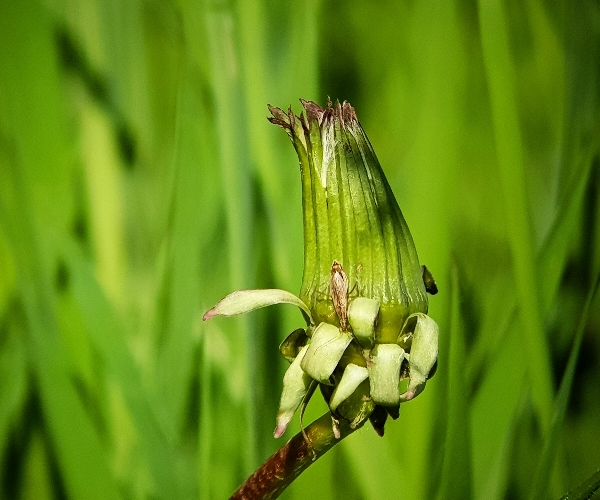 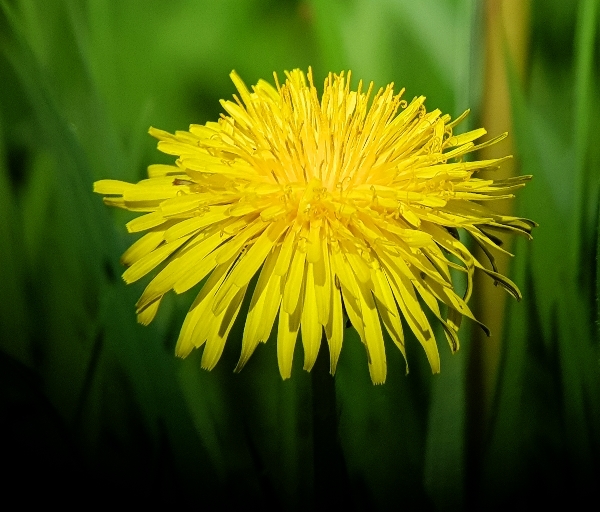 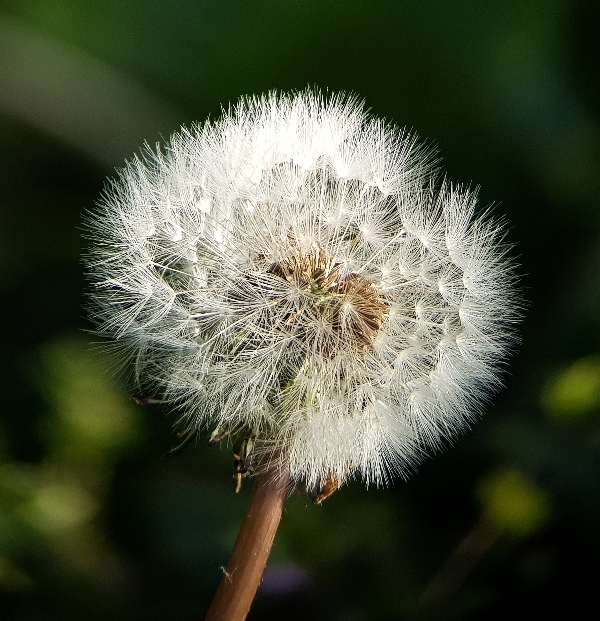 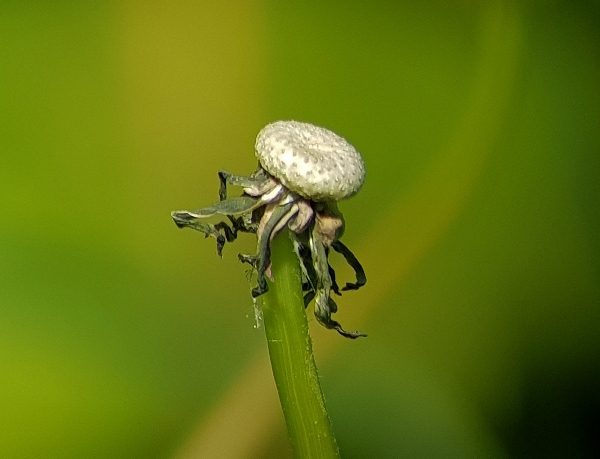 the dead head after the seeds have blown away