WEATHER: it just goes on and on, a beautiful sunny, wind-free, morning.

I have completed the same walk every single day for 40 days or so and yet no two days have been the same. My sightings are always different and interesting and often exciting, what a thrill it is to see something new, or a common species behaving as you have never seen before.

I left the flat at 6:45 and scanned the meadow from our garden, the usual suspects were out there including the two Stock Doves who have now become regulars. From the road bridge over the stream I saw the Grey Wag' with no tail, although it looks a little longer than just a stump now. 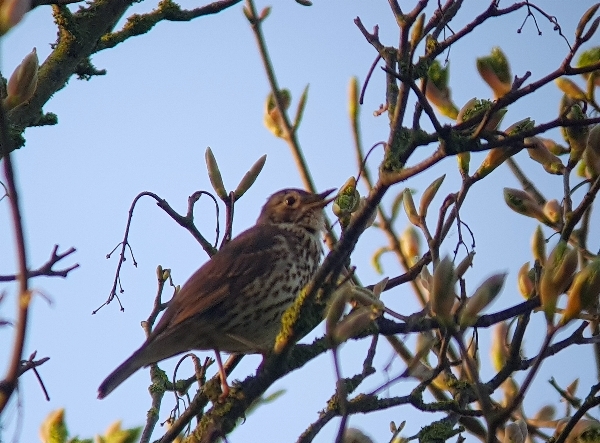 At the start of the walk I watch and listen from a wide farm track, I usually see my regular Wren in the brambles and the Robin that sings from the top of an Alder Tree. today niether of them were singing! Instead, I saw a Song Thrush singing loudly from a nearby tree and a Greenfinch, twittering and wheezing from a Pine Tree. I hadn't seen either of these birds at this location before.

At the Nuthatch nest I saw one of the adult birds (I think it was the male) fly down to the nest hole and pass some food to his partner. I really don't think that he was feeding young because he never actually entered the nest hole. 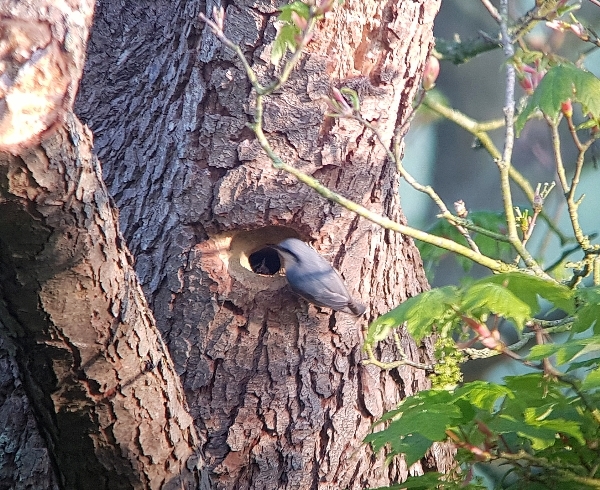 The delerict building situated on the farm track about 200 meters into the walk is receiving a face lift, for the last few days a workman has been bricking-up the window spaces, in fact it was his van that flattened the Field Mouse yesterday. 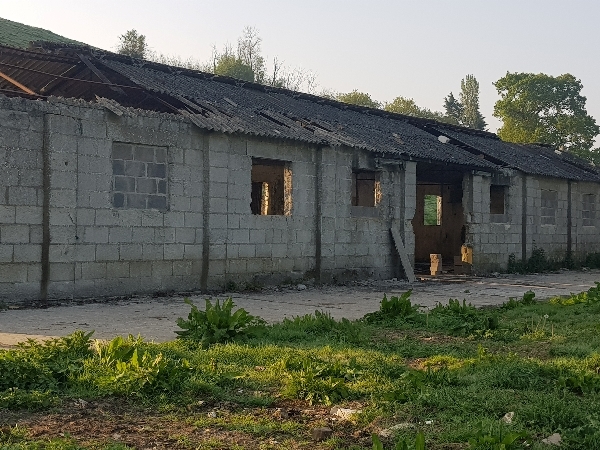 I talked to the brick-layer and asked him not to block all the holes up as a pair of Grey Wagtails were nesting in there. He assured me that the asbestos roof wasn't being repaired for quite a while and I could see that it was full of holes so that the Wagtails would still have access. 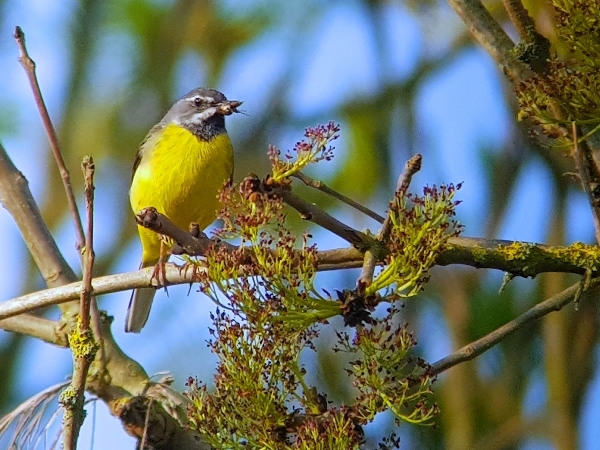 The Grey Wagtails were flitting around, both parents were carrying food, I think they will be fine and the young will be fledging in the next 10 days. 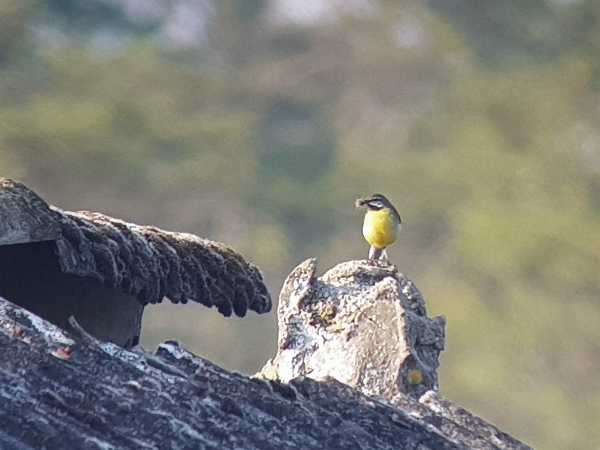 There was no activity at the Kingfisher hole so I watched the Wren taking feathers to his nest just above it. He stopped for a sing song after a couple of visits to the nest. I still haven't seen a second Wren yet, maybe all his work will be in vain. 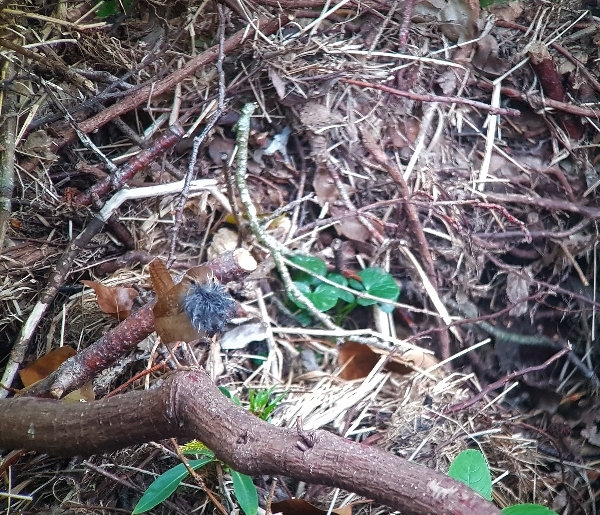 the Wren with his mouth full of feathers

Below the hill along the River Yeo I searched for butterflies and interesting insects, not many were out on the wing, it was still quite chilly. I did see a flyover Mistle Thrush, it was my first sighting of this species for quite sometime, also a pair of Stock Doves flew by. 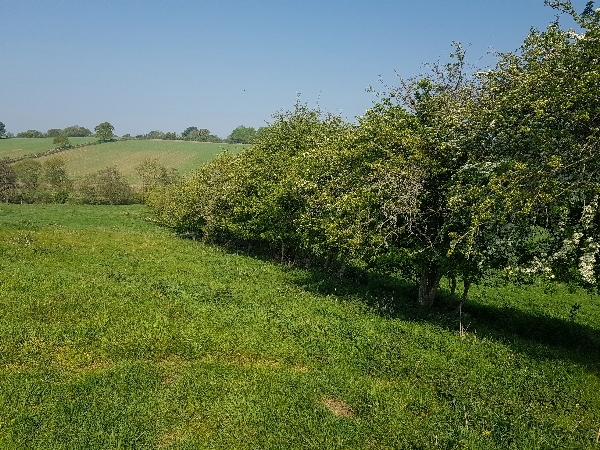 this is the Hawthorne hedge that divides the two main meadows along my walk.

The hedge stretches down from the hill to the stream, you can make out the row of Alders at the bottom where the stream runs past. The grass immediately in the foregorund is where I saw a damselfly flitting around in the grass, I thought that was a bit odd as it was a good 100 meters from the river Yeo and at least 300 meters away from the stream.

After reading up on this behaviour I can tell you that after emerging from their larva they spend from 4 -10 days in a 'teneral' period when they mature fully into adults. Durings this period they stay away from their breeding sites and spent their time feeding.

I managed to get a a reasonable photograph this time. 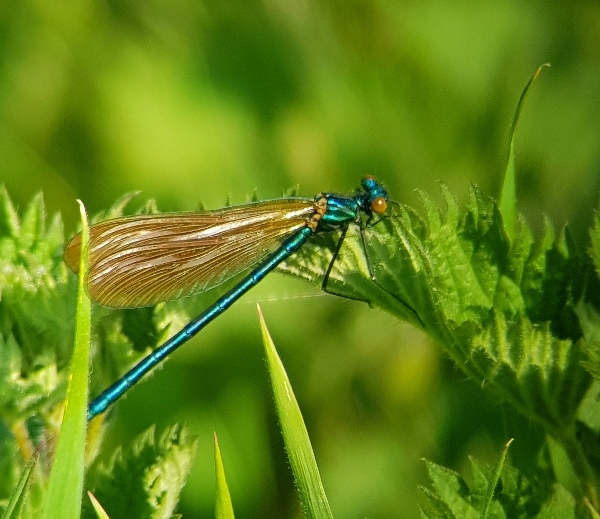 Not much else happened on the way back, a few butterflies flew past me, Peackcock, Orange Tip, Large White and Green-veined White. I also managed to get a better picture of the Speckled Wood. 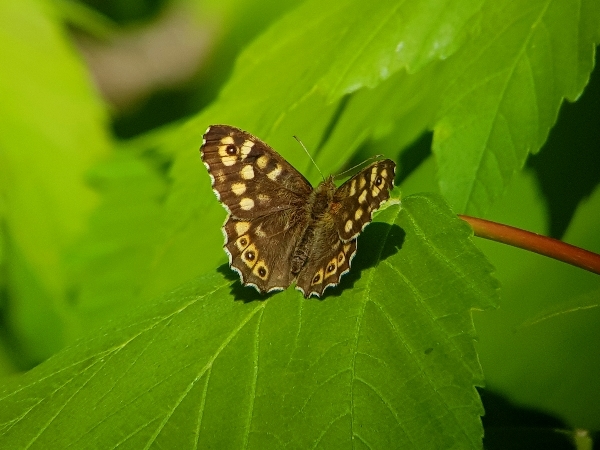 This pink blossom is sprouting out on a few trees and the Hawthorne 'May Blossom' is almost with us. 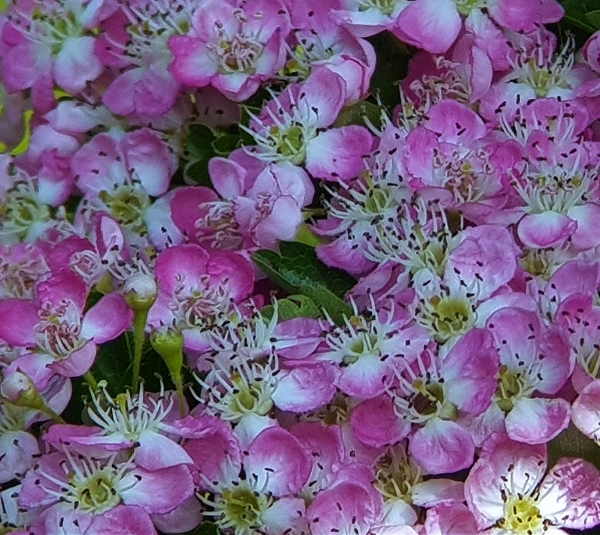