WEATHER: overcast and chilly to start, some sunshine later and a little warmer

The meadow outside our garden was virtually bird free this morning, I saw a few Wood Pigeons, a single Carrion Crow and not much else.

For me, walking into the Yeo Valley every day is just like going to the same movie theatre every day but watching a different film. OK, the shape of the scenery and landscape hardly changes, only its colours, but the wildlife is different all the time, I love it.

I walked past the Nuthatch nest without seeing a Nuthatch, I watched the grey Wagtails taking food into the derelict building and I saw a Great Spotted Woodpecker sitting outside its nest hole. But, my main aim was to get to the Kingfisher's nest as early as I could.

As I approched the Kingfisher site I heard the Wren singing, out of about ten Wrens on territory along my walk this little guy has to be my favourite. I watched him singing from a perch on the washed up debris at the side of the stream and after a while I realised that he wasn't going up to his nest. 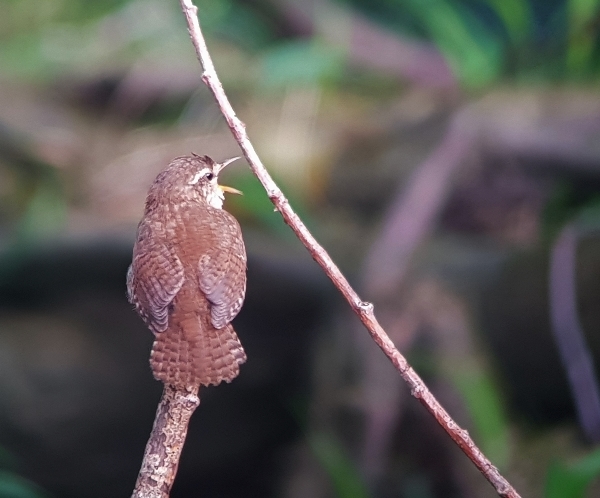 Oh my God!! The Wren's nest was ripped to pieces and hanging down the bank!! Poor little thing was hoemless, I couldn't imagine what or who had done this, a mammal perhaps, a bird, maybe the Kingfisher?? 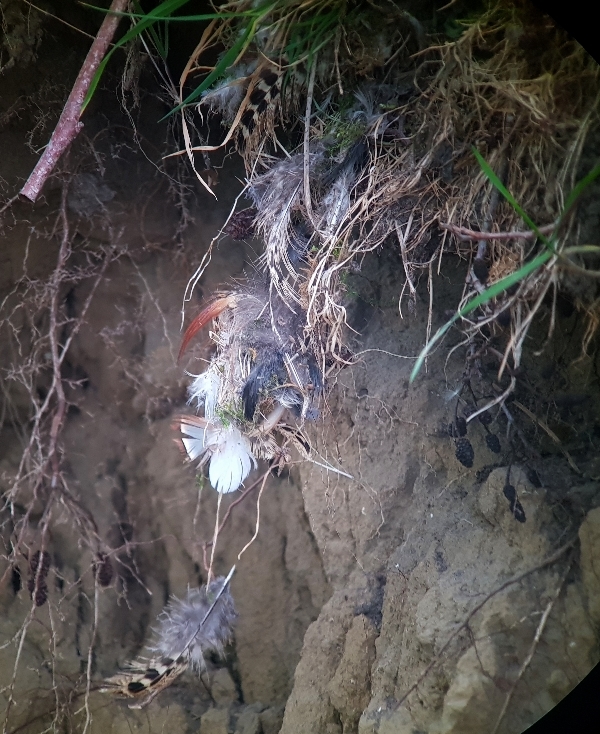 the poor Wren's nest, feathers and moss hanging down from the bank

I took some pictures of the poor little fellow and noticed that he was looking up and then I saw what had grabbed his attention. A pair of Long-tailed Tits were robbing his nest of feathers. He made no attempt to stop them, so I think he has given up on that nest. One bird's loss is another bird's gain. 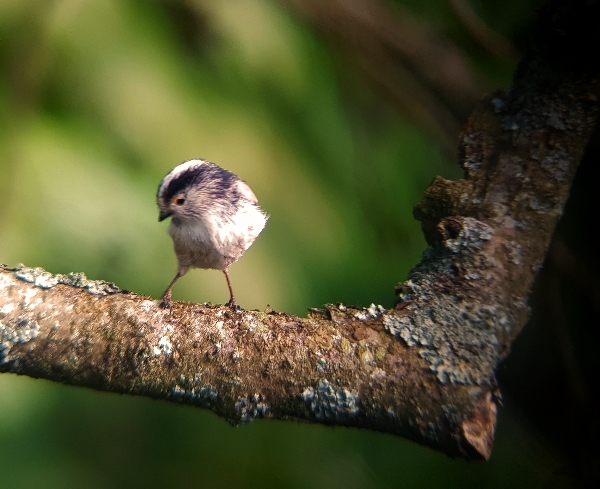 the Long-tailed Tit looking down at the Wren 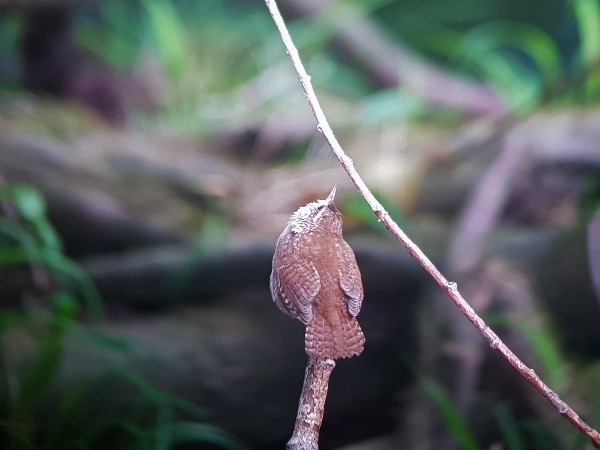 the Wren looking up to the Long-tailed Tit 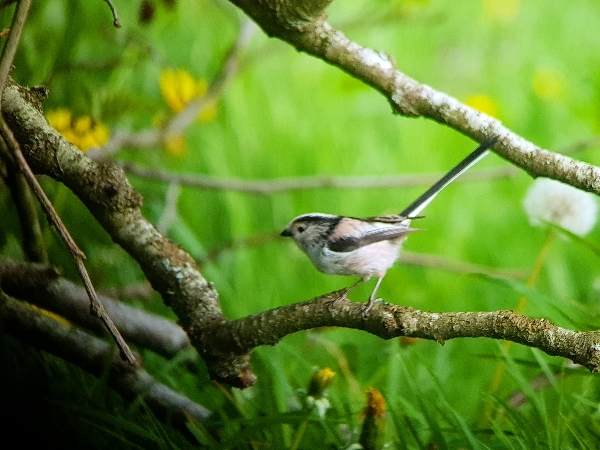 The Tit drops down closer to the broken nest 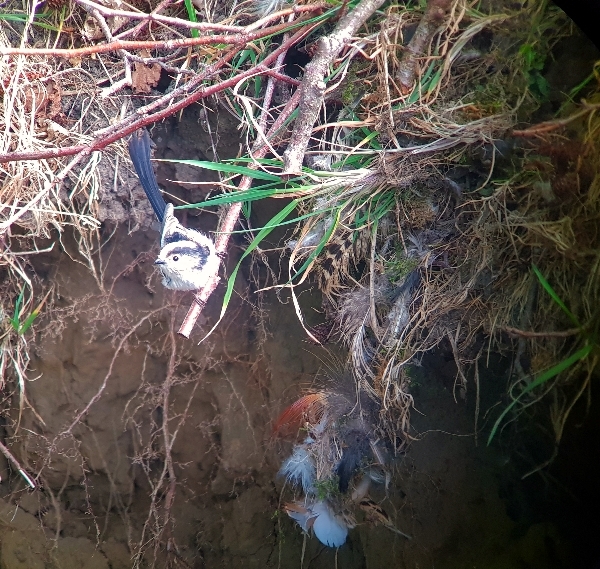 the Tit at the Wren's nest 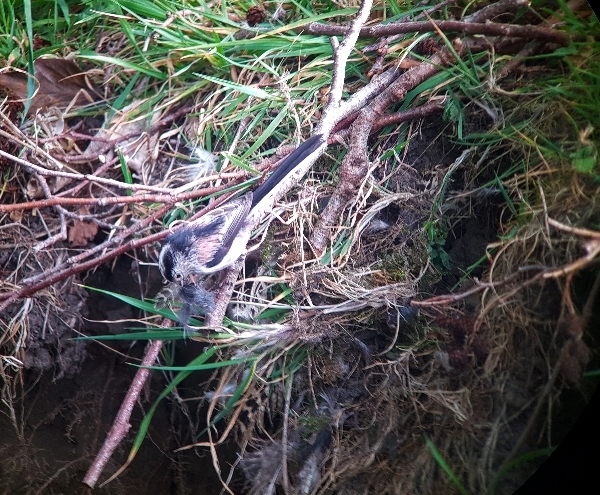 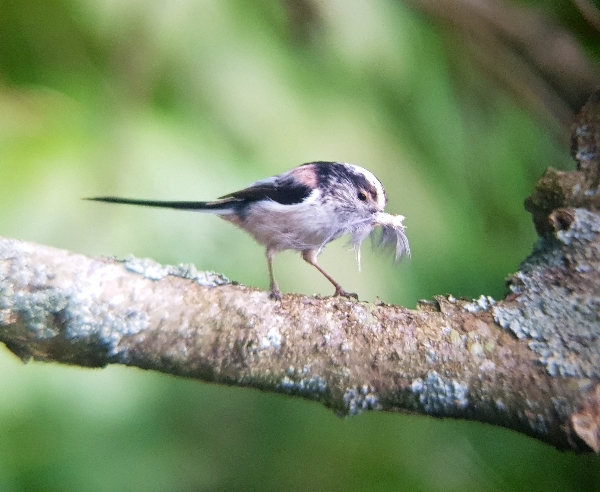 During all this action the Kingfisher turned up, he perched just below me, I froze, then I must have blinked and off he went. Within seconds of that, a Cuckoo called from across the meadow near the river Yeo, it didn't sound quite as far off as before, so I marched off to look for it.

As I reach the slope above the river Yeo a Green Woodpecker flew up off the grass and the Cuckoo called again, this time it did sound far off.  I scanned the trees on the horizon and there he was, my COMMON CUCKOO, on the list for sure!! 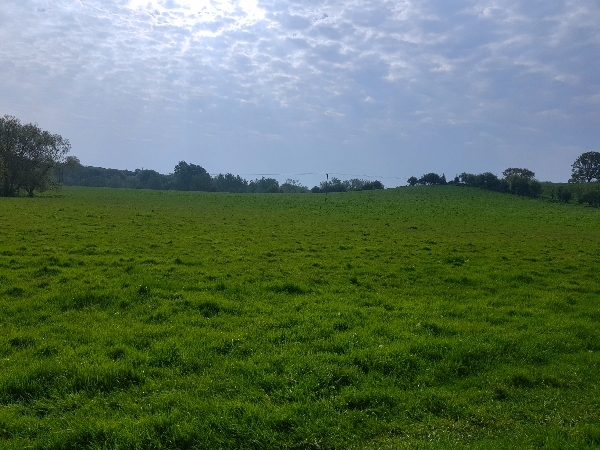 This is where I heard the Cuckoo from. The bird was actually sitting in the most distant trees on the horizon, about a mile away I would say. I marched across this meadow and up onto the slope of the hill to take the photo below. 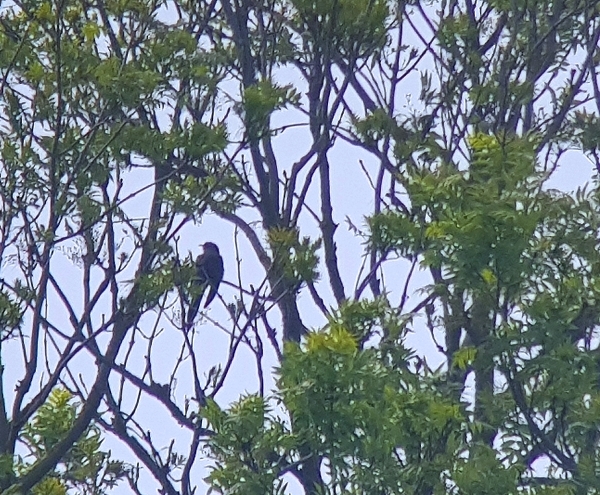 I was buzzing now, so I walked all the way back to the Kingfisher nest and waited for a shot of this special bird. The Wren was still singing, it brought a little tear to my eye. The Kingfisher arrived from behind me, from upstream. I caught a glimpse of him in my peripheral vision and as a I turned, just 1mm to my left, off he went. I can see that this going to need a lot more planning and some better disguises. 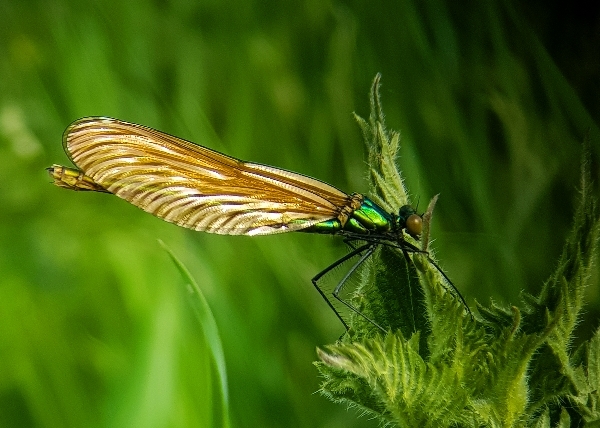 So I marched across the meadow again to the slopes next to the River Yeo, the sun began to break through the high clouds and it warmed up, I took off my lightweight raincoat. Then I spent a lovely hour or so looking for things to take pictures of. I found two more Beautiful Demoiselle Damselflies, I am sure one was a female and the other a teneral male. 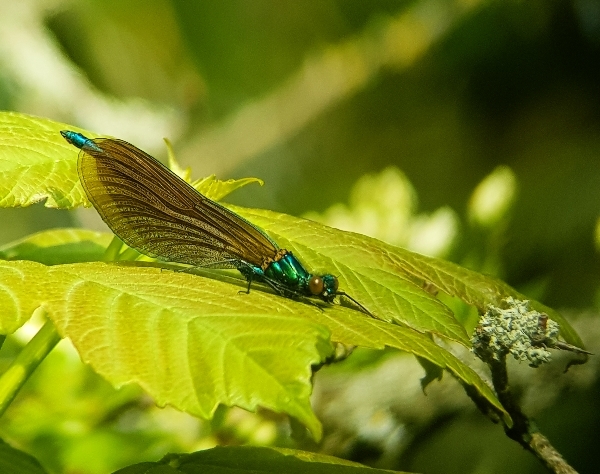 this is probably a teneral or immature male Beautiful Demoiselle

I watched Blackcaps and Chiffchaffs, Treecreepers and a whole bundle of Blue tits and Great tits and a few butterflies before I set off back home, exhausted from dashing around but thrilled to bits with my sightings!