WEATHER: couldn't be better, another superb start to the day. Some cloud but no wind whatsoever.

Once I have left the car park at the front of the building where I live I walk about 20 meters and turn left onto a lane which leads up to Yeovil Junction Railway Station. 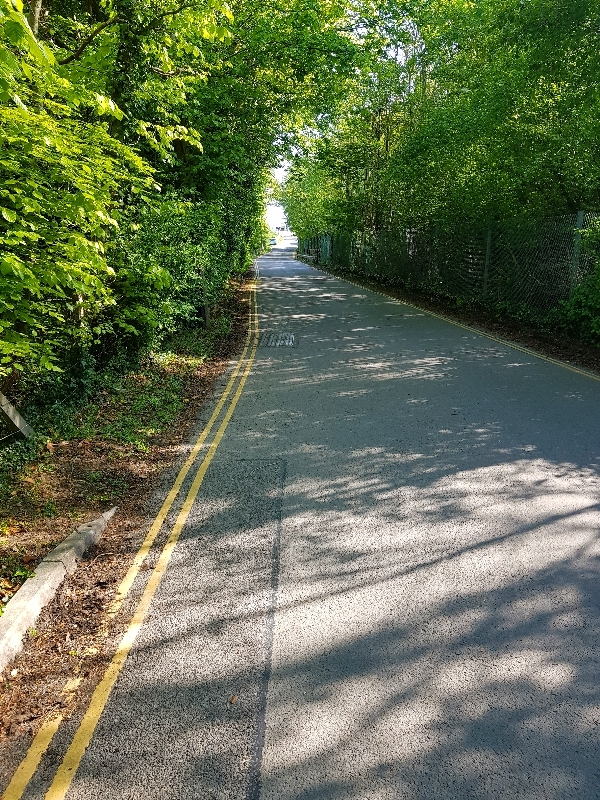 After another 50 meters I walk across a small road bridge which spans the stream that I follow through the valley. On the right the London to Exeter mainline railway track runs parallel to the road and at the road bridge the stream runs through a small tunnel beneath the railway line. 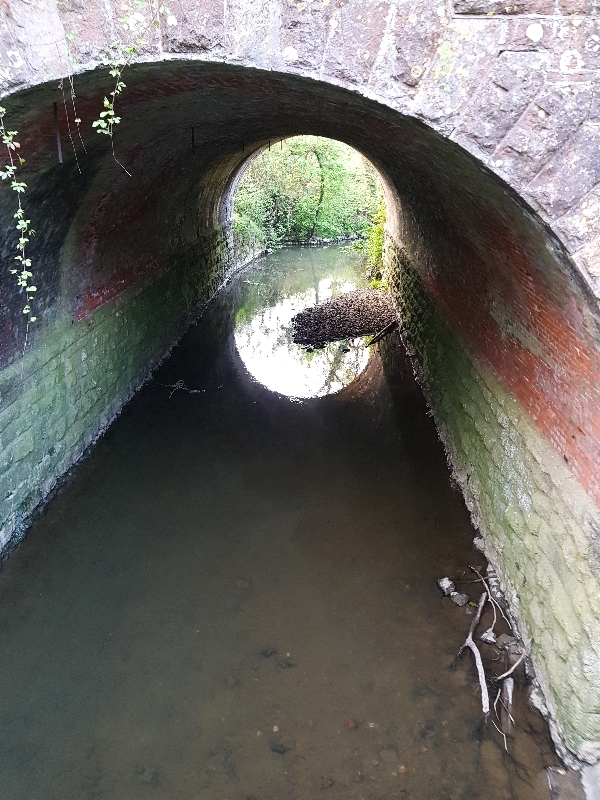 There are usually a pair of Grey Wagtails nesting under the bridge and today a Little Egret was feeding in the far end of the tunnel, it flushed before I even saw it.

At the entrance to the farm track into the valley I could here a Great Spotted Woodpecker calling, I found it perched right at the top of a pine tree, as if warming himself in the sun as it came up. The earlier mist had soon cleared but it left the grass very wet this morning, within minutes my boots and trouser bottoms were soaked. 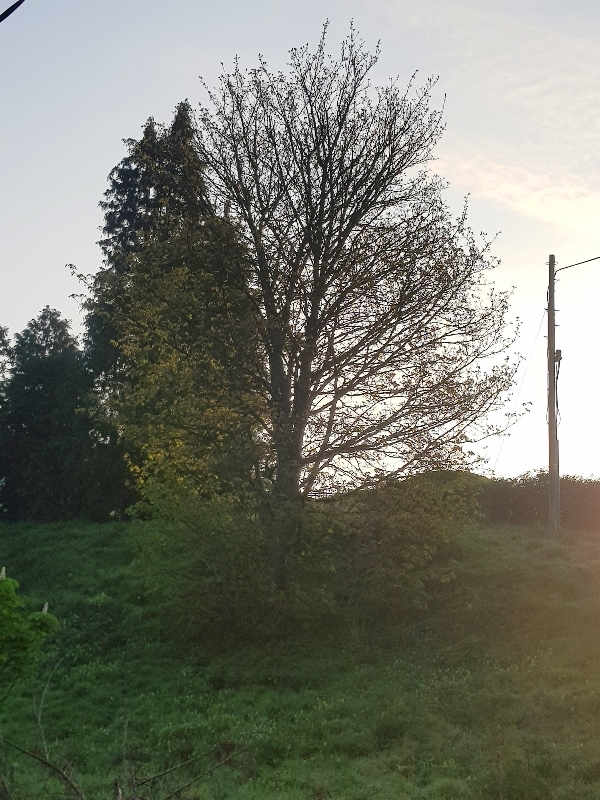 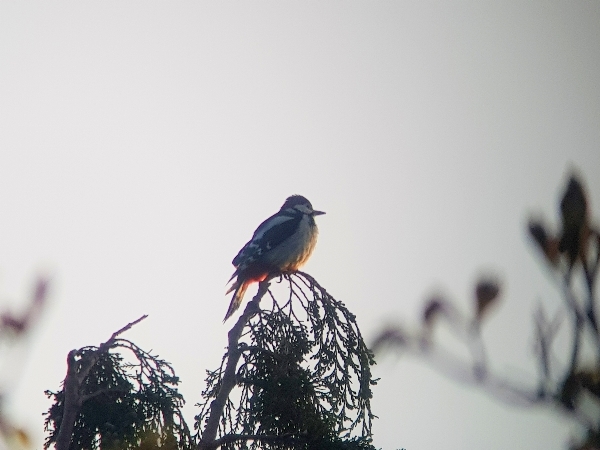 and here he is, seen through the telscope at 40x

A quick look at the Nuthatch nest was a little worrying because both birds were around the nest and one of them seemed to be adding mud to the entrance, I couldn't see any damage? Perhaps it was just wear and tear.

click this link to see a short video of the Nuthatches  pic.twitter.com/153PjxCSD

I watched a Great Spotted Woodpecker for a little while and it flew down to a nest hole and disappeared inside, this is the second nest I have found but there must be at least four other pairs nesting along the length of my walk. 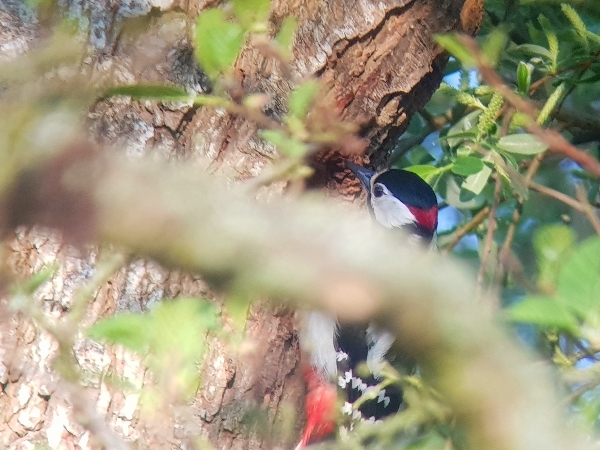 Next, I found myself at the Kingfisher nest hole, my little Wren firend was still singing away and I noticed that most of his nest (which was ripped to pieces yesterday) has now been 'stolen' by other species. As I watched the Wren a pair of Long-tailed Tits came down to take away the last remaing feathers of the Wren's nest. 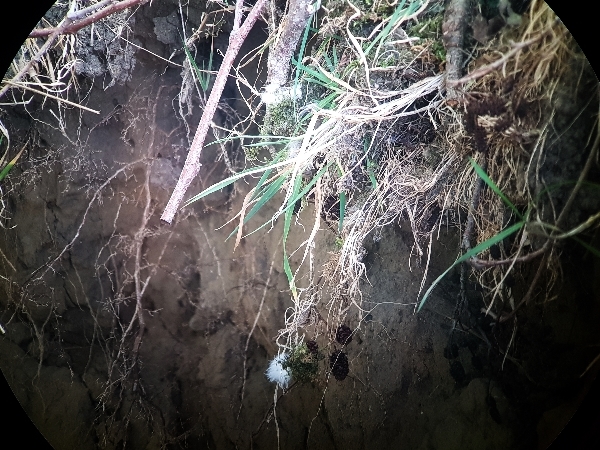 just a few scraps left of the Wren's nest

After waiting for what seemed ages for the Kingfisher to appear, it did not show, so off I went. I've always said that there are two types of birders: 'Arsers' and 'Leggers'........... The former are the ones who prefer to sit around and wait for wildlife to come to them, the latter love to walk to seek out wildlife. I can say categorically that I am a 'legger', I do not have enough patience to wait for things to happen. That's why I left the Kingfisher site after a short while.

Two Mute Swans flew over once again, they always fly west to east and look as though they have come from Yeovil, probably flying out to feed in the fileds near Clifton Maybank. As I walked along the River Yeo I heard a Willow Warbler singing, this is the first time for a week or so. I am pretty sure that this one was singing on a territory and not just a passing migrant.

The Cuckoo stared calling at 8:56 and when I found him, he was sitting in exactly the same tree as yeasterday, he was far too far away for me to attempt a picture. 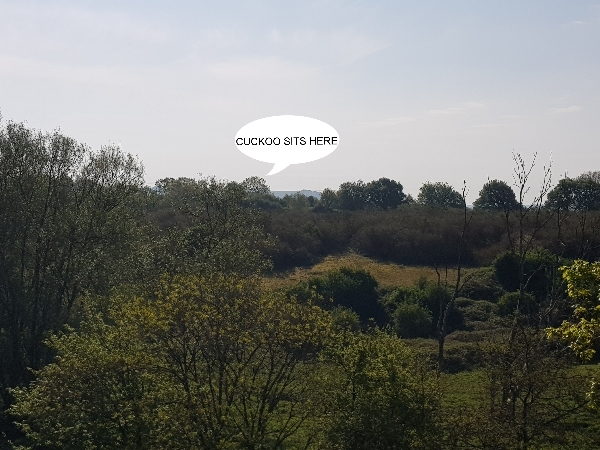 Instead of walkling up the hill I crossed the meadow and took the main farm track back towards the delerict building, I stood and watched the Grey Wagtails flying into the building to feed their chicks. I took a couple of pictures of the male, he was catching a lot of the Crane Flies (daddy long-legs), there seems to be an explosion of them in the last few days, the grass meadows are swarming with them. 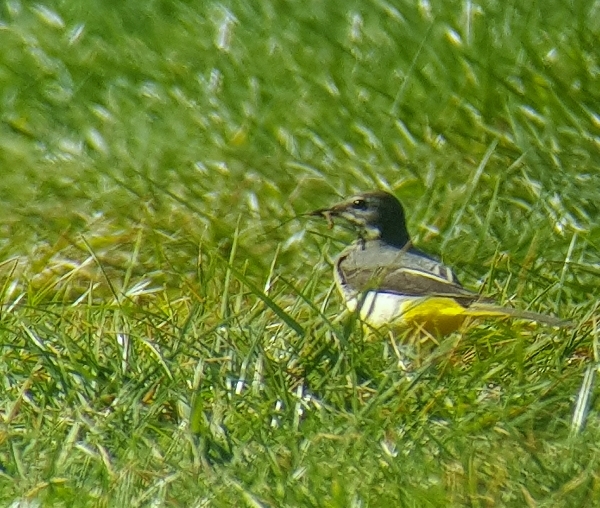 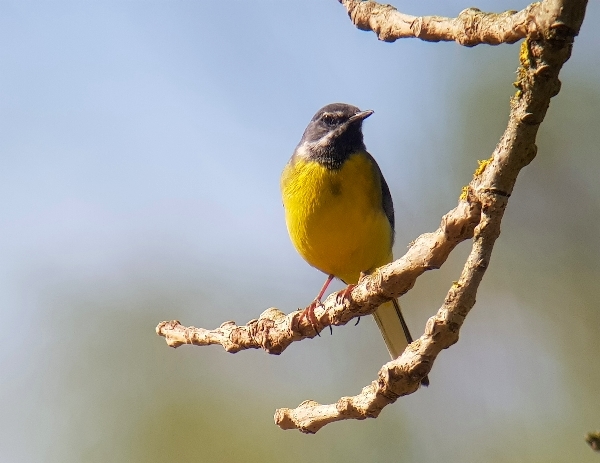 male Grey Wagtail taking a break from feeding the kids

I also photographed a few flowers and a Small Tortoiseshell Butterfly. 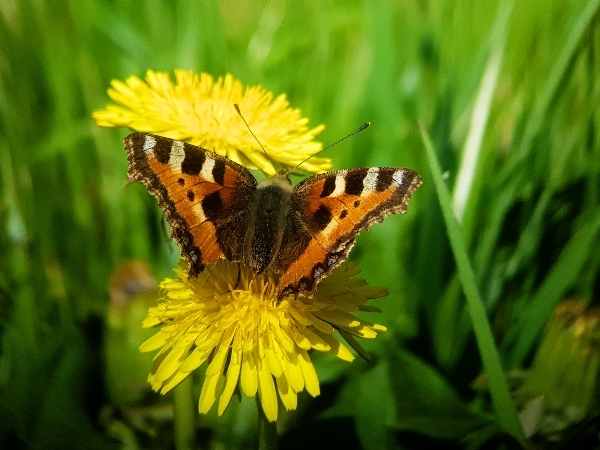 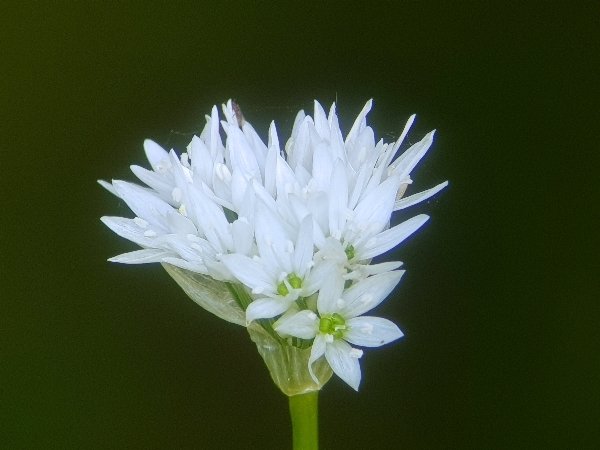 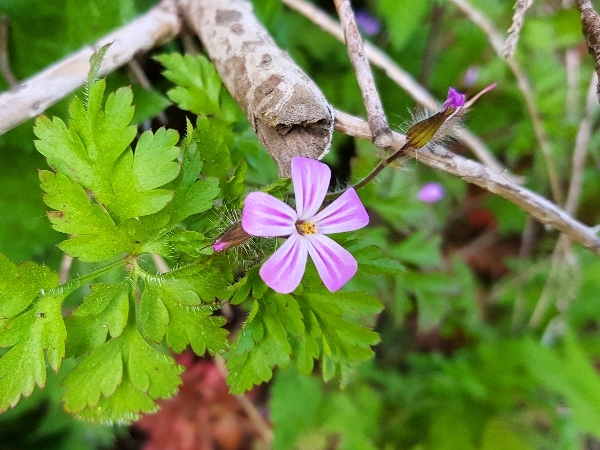 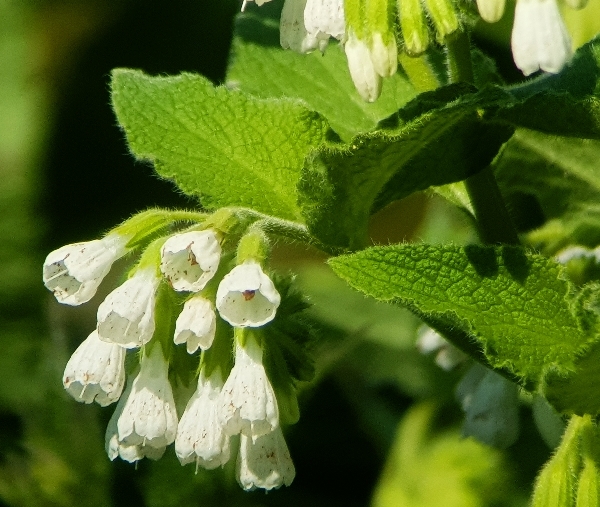