WEATHER: dull and overcast to start, with a couple of light rain showers, no wind. Later it became brighter and a breeze picked up, rain late afternoon.

Well the spell had to break sometime, it could not be sunny every single day of lock-down. Despite a lot of cloud overhead the air was perfectly still and the morning walk was still very enjoyable. 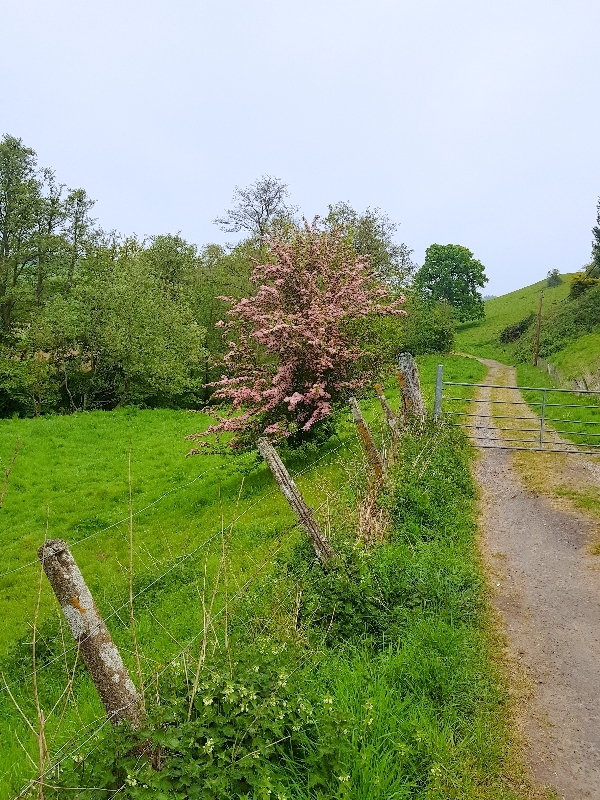 'Pink' May Blossom on the Midland Hawthorne, this is the only specimen on the walk

I don't have a lot to report except the main peice of excitement was that I added a new species to the isolation list, a COMMON STONECHAT. YEAAAAAHHHH!!

Despite the weather there was a lot of bird song and a lot of activity in the trees along the stream and along the river. I saw the Grey Wagtails at the delerict building doing their parental duty and the Nuthatches looked OK. 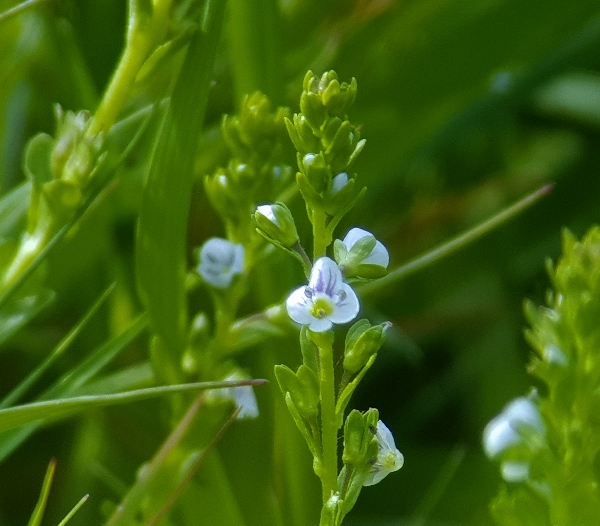 At the Kingfisher nest site I noticed that the little Wren, whose nest was ransacked the other day, was still busily singing. However, he was now singing from the other side of the stream and I did see him carrying a feather to another location. Nothing will stop this resilient little chap, I wish him all the best. The Kingfisher did not show during my 20 minute wait. 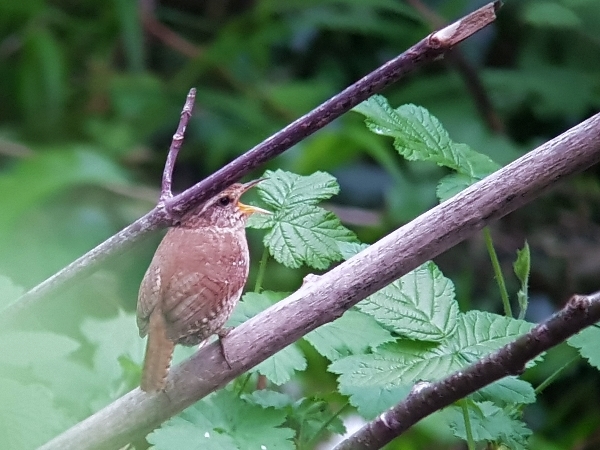 A Little Egret flew over and then I saw a Grey Heron fly up from the stream, that is the first time I have seen a Grey Heron here for at least two weeks. The ravens were as active as ever and at least four Song thrushes were singing along my route.

The Cuckoo started calling at 9:06 which is exactly 10 minutes later than yesterday, I don't see any significance in that and I don't know why I mentioned it?? Anyway, I climbed halfway up the hill and scanned the distant trees to look for him. I know where he usually sits but he wasn't there. Yet, the call was coming from that direction. 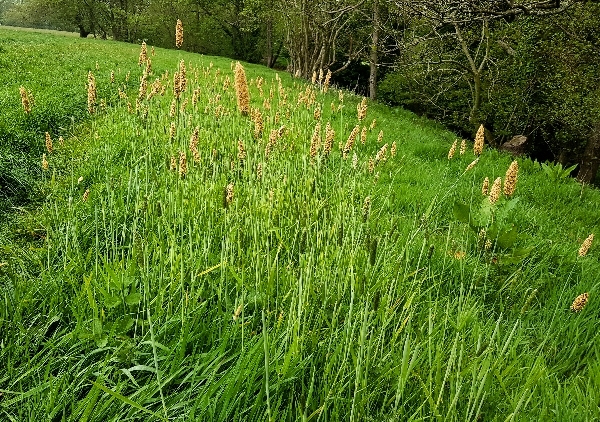 I think this is Orange Foxtail Grass

As I scanned for the Cuckoo I noticed a Buzzard sitting on a telegraph pole so I watched him for a while. then my eye caught movement to his left and I scanned in that direction. Sitting on the wire was a Stock Dove and further along two Wood Pigeons sat in the gloom. I scanned further and found a tiny bird on the wire facing away from me..... Black head, short tail, white collar, it was a male COMMON STONECHAT. He was miles away and shouldn't really be counted as a local patch tick, but I am counting it!!

The Stonechat flew down and out of site, the Cuckoo appeared in his usual tree and normality was restored. A little later the Stonechat sat on top of bush facing me, all doubts were now ended as I saw the lovely orange breast on this little beauty.

I also found a new insect for my list, a Cinnabar Moth. This day flying, poisonous insect is brightly coloured black and red and remains untouched by all birds because of its toxicity. The moth is named after the red mineral cinnabar because of the red patches on its predominantly black wings and it larvae feed on Ragwort which is where the toxins come from. 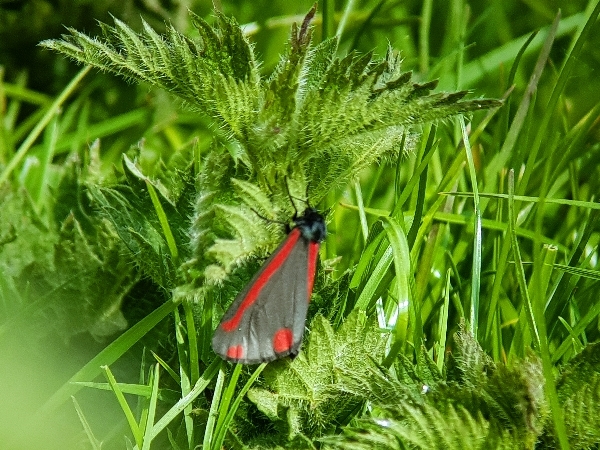 Not much else happened except I got fairly close to some Goldfinches and shot off a few pictures. The rest of the day was spent at home, I did sit in the garden for a short while but it got a little chilly. 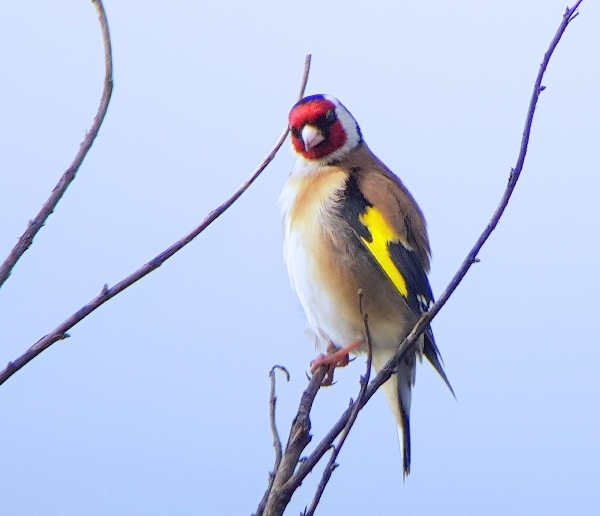 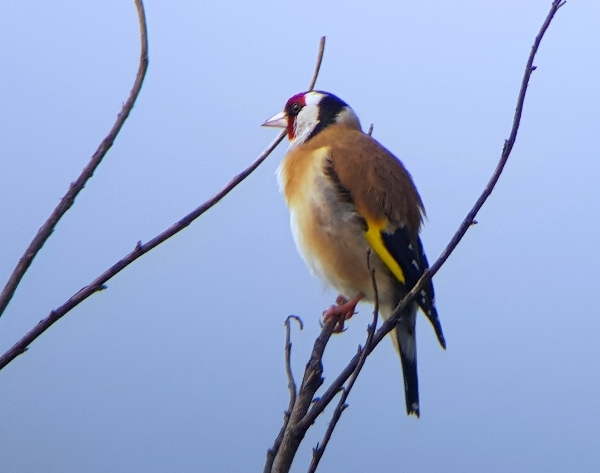