It was a wonderful morning to be out and about, very wet in the meadows with a heavy dew on the grass but a clear sky and no wind. I was early today, it was 6:20 when I left the flat, I thought it was much later because it was so bright. Note to self: "have some means of telling the time by the side of your bed in future".  I noticed a bunch of pigeon feathers in the middle of the road and also, not far away, was the corpse of a baby Magpie. It was half eaten by a Crow which flew off. It lay immediately below a Magpie's nest, the first juvenile casulty of the spring on my patch. 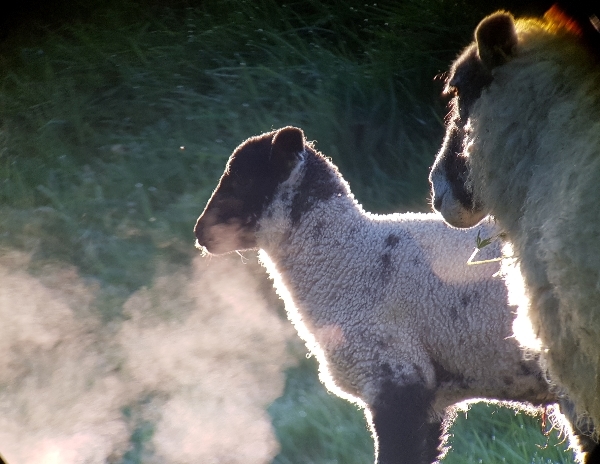 see how cold the air temperature was?

I waited by the Nuthatch nest to see if there was any activity but nothing happened, i hope everything is Ok with them after all the drama with the Woodpeckers. The Wren's nest at the water level is looking safer as the level of the stream had dropped back down but I didn't see any Wren's near the nest. Before I got to the Kingfisher nest a COMMON CUCKOO called from the meadow ahead of me, it was actually on my patch and not a mile off in the distance. 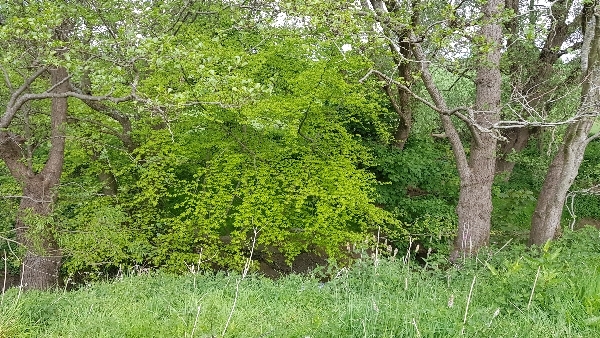 I love the fresh vibrant green of the Beech Leaves, in this picture there are Beech, Ash, Sycamore, Alder and Willow Trees, amazing diversity in such a small area

I scanned the trees and got the Cuckoo, it was 1/2 mile away but it sounded much nearer, I took a poor video of it calling and an even worse record shot which I won't post here.

I was more interested in the Kingfisher's nest so I crept up to the site, nothing doing, then ooops!! The Kingfisher flew up from the bank just below me and went straight into the nest hole, he came back out in a few seconds, flew down to the bank and saw me and flew straight back into the nest hole. Well, I have a feeling that they might be feeding young now so tomorrow I shall be prepared to sit there for an hour and wait for my chance of a picture. 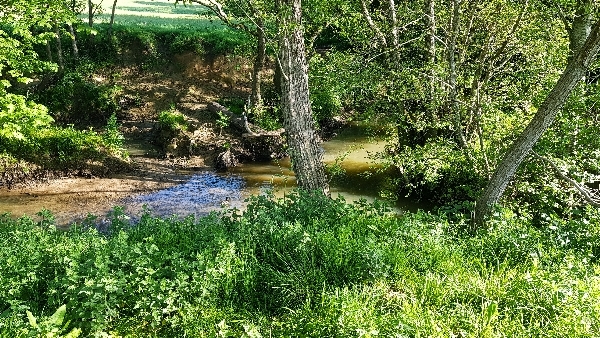 there is another Wren's nest under the bank on the other side of the stream, can you seen a bird in this picture?

The little Wren was still singing away but I couldn't see him, I also heard Blackcap and Chaffinch there. So next, I tried to sneak up to the Cuckoo to get a good shot. To be a little quicker I cut across the meadow as a short cut, big mistake, the Cuckoo must have seen me and flew off back to his original tree about 1 mile away.

At the bramble clumps on the slope of the hill I watched Goldfinches and Linnets, Blackcap, Dunnock, Wren, Song Thrush and a few butterflies came out at 9am. 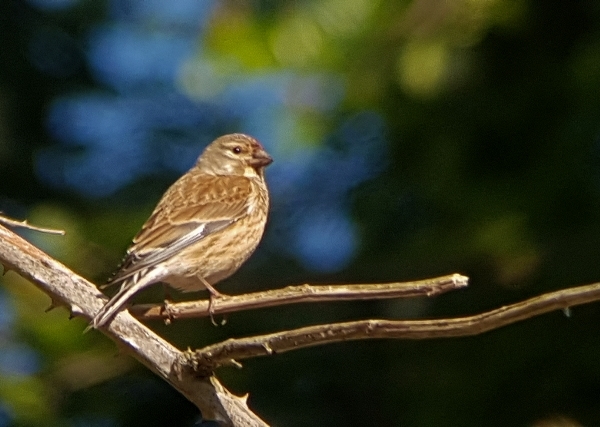 My walk along the River Yeo didn't produce much, Green Woodpecker calling, Great Spotted drumming, Song Thrush singing. Instead of walking up and over the hill to get home I walked back across the meadow to the stream and waited by the Kingfishers nest once more. I saw a Goldcrest, Long-tailed Tit, Grey Wagtail but not a Kingfisher. So I set off home taking the path that follows the stream back to the entrance. the Kingfisher flew past me twice whilst I walked and he even perched up ahead for a nano second. 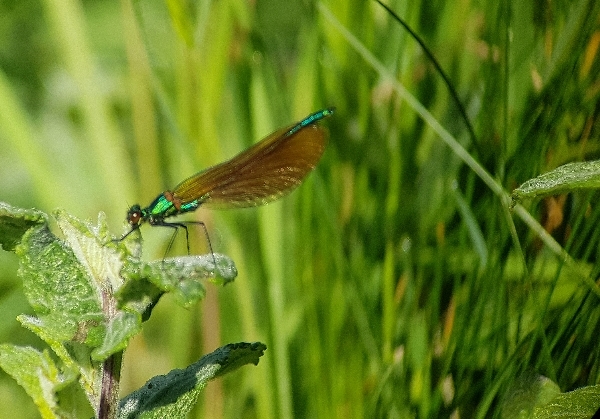 Plenty of Demoiselle Damselflies were on the wing, I also saw Orange Tip Butterfly and the usual Green-veined Whites.

Swallows and House Martins flew overhead as I made my way back home. Two Red-legged Partridges joined the throng of Wood Pigeons in the meadow outside my garden. I can seen something growing in there now, it looks like grass!! Do farmers plant grass seed??? 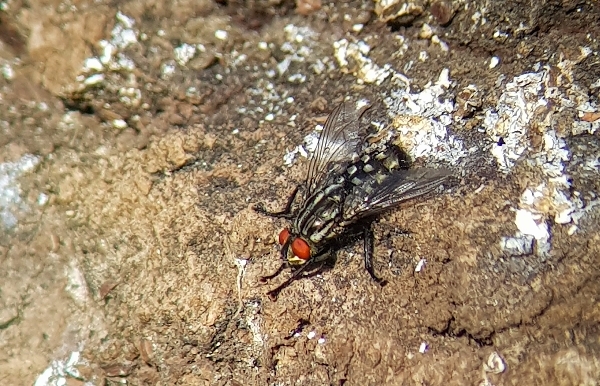 taking pictures of flies just shows I was desperate, Flesh Fly shown. What a horrible name!