I can't say a lot for this morning, it was misty at first, then it drizzled with rain for most of the walk. Where were you between 7:20 and 8:20 this morning? Well, I'll tell you where I was............ standing on a river bank, keep stock-still and very quiet. I was hoping for a glimpse of a Kingfisher at the nest. 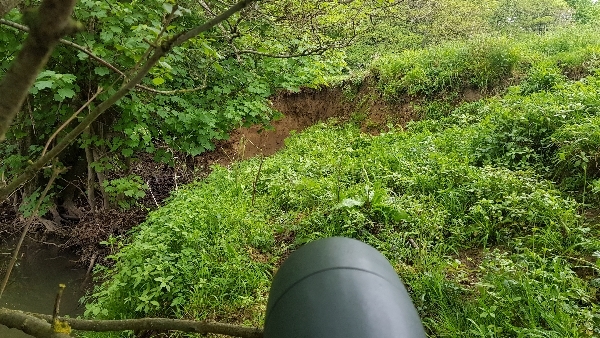 This is the view I had of the bank where the Kingfisher's nest is, if you zoom in on the picture you can make out the nest hole. Shown below. 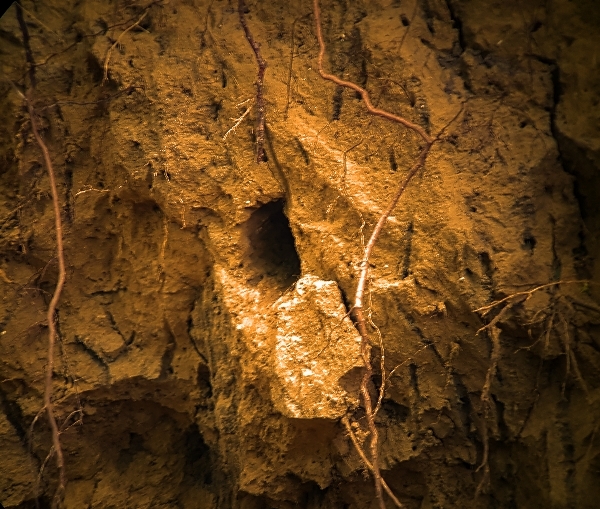 Well, needless to say the little blighter fooled me again! After about 30 minutes he flew almost right over my head, I knew it was deliberate, he was just letting me know that he knew I was there. Just before the hour was up he flew into bank nearest to me so I couldn't see where he had landed, he never approached the nest hole and after a few minutes he flew off. He was taking the proverbial.....

Whilst I was there I found some prints in the mud, I think they are Otters but they do look a little like Badgers. 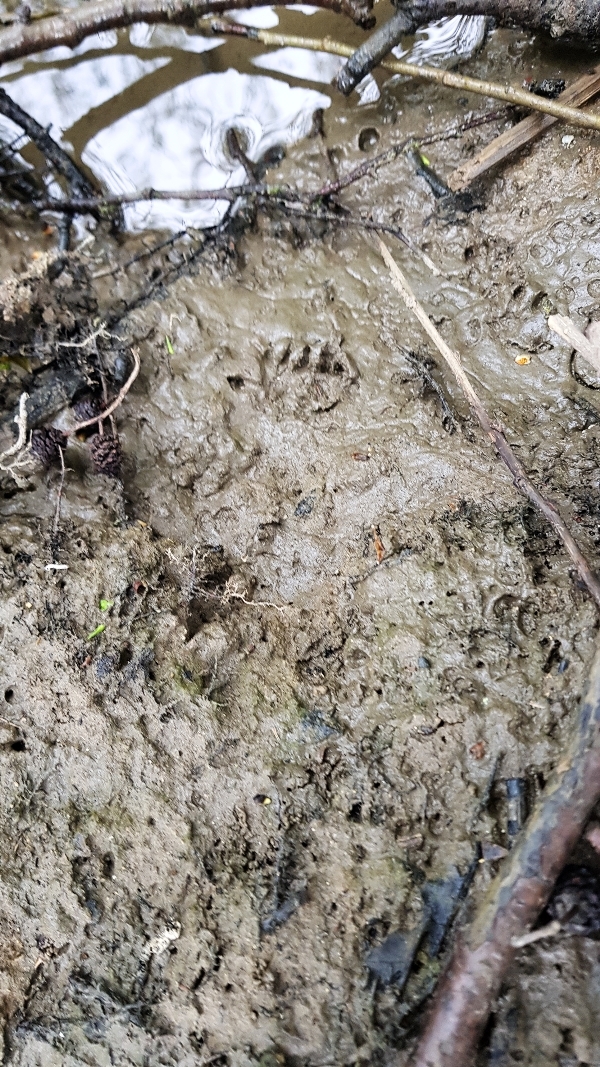 I trudged around the circuit in the drizzling rain and then it eased off. As I walk along the first stretch of the River Yeo I pass a big old oak tree. Everyday I do this and every day a Great Tit flies down and berates me! I know he has a nest and I know which branch it is but he won't stop his nagging until I move on. 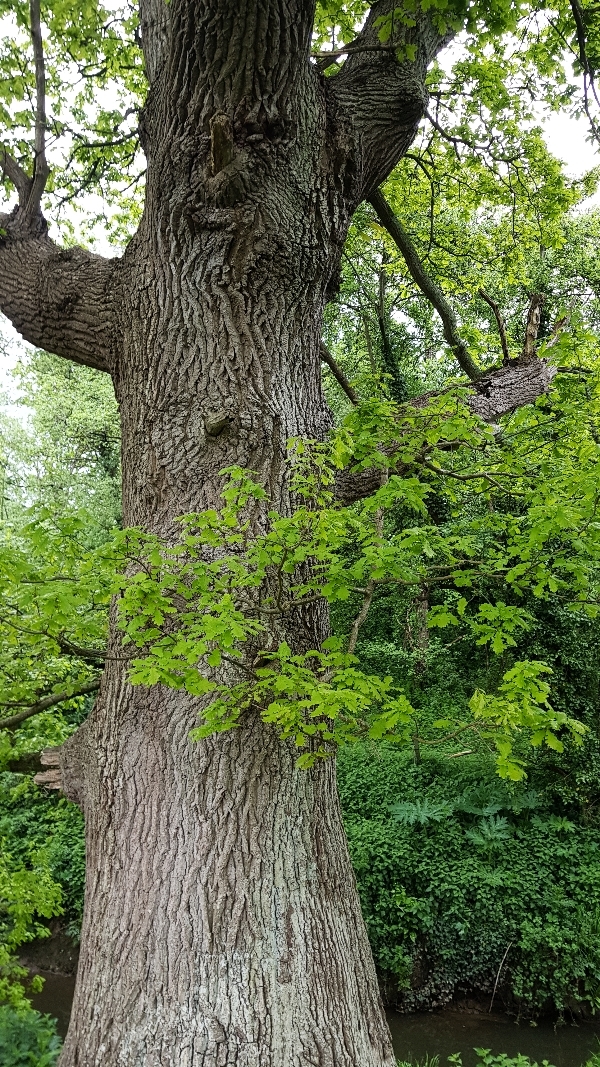 The old Oak where the Great Tit's nest is. The first branch on the right hand side is where it is. 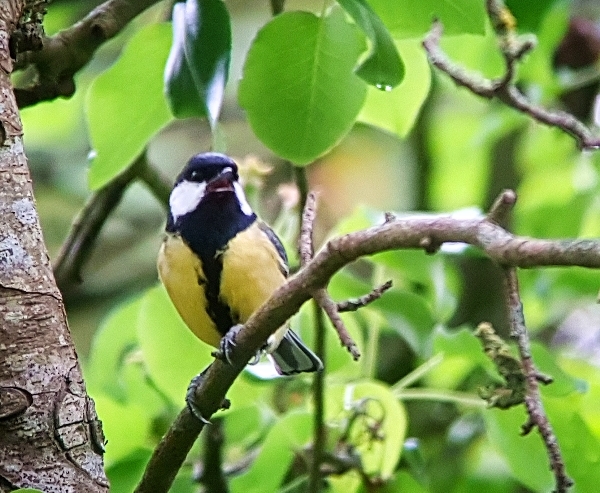 and here he is, shouting at me to go away!

As I got to where the River Yeo winds it way from the side valley, I heard the Cuckoo calling very close. In fact, he was flying towards me. I could see him through the trees and I quickly got out my phone to take a picture. But then a Jackdaw flew up from the trees and chased him off into the opposite direction. I could hear him calling a little later from about 1/2 mile away. 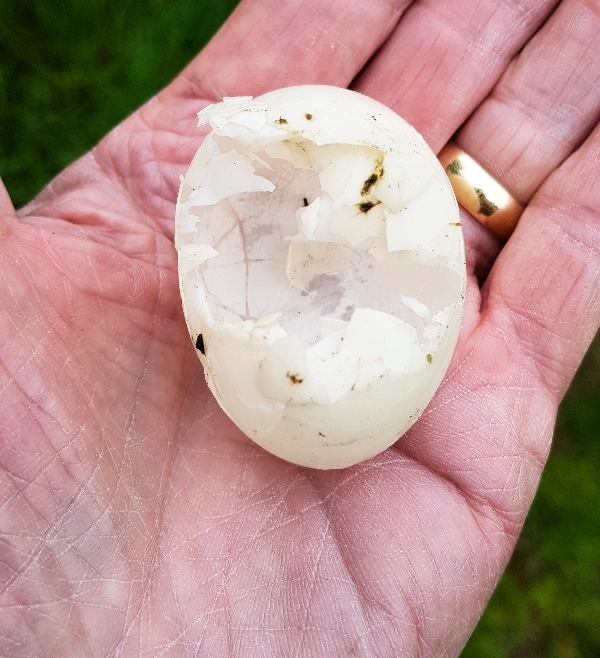 for the seond day running I found a Duck's egg, probably Mallard. It had been predated, you can tell that from the way it has been broken open. A hatched egg will have a smooth break around the middle.

Next, a Raven flew very low over me, also being chased by a Jackdaw, the Raven was carrying something big in its beak, they must be feeding very large chicks by now as Raven do breed early in the season. From the bramble slope I watched Linnet, Goldfinch, Blackcap singing, Wren, Robin and I heard a Song Thrush also singing.

Here is a picture of a distant Blackbird and a Song Thrush, I took this just after the Cuckoo incident, it looks as though both of these birds were alerted by the Cuckoo calling, they flew up to get ready for a chase maybe. Perhaps they couldn't make up their minds and decided to sit on the fence!! 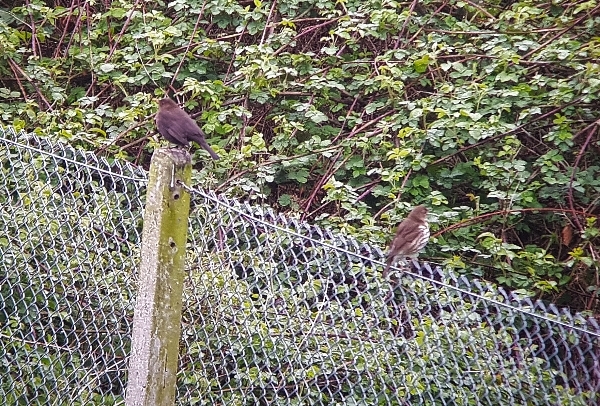 I walked back through the centre of the valley instead of climbing the hill in the rain which stopped when I got back home. In the meadow I scanned the ground and found a Pied Wagtail with the Wood Pigeons. 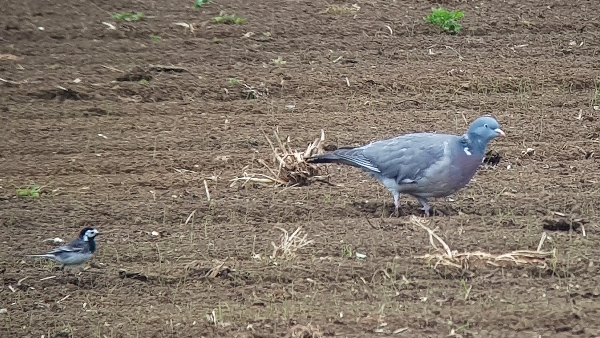 I also saw the usual pair of Partridges and a bunch of Goldfinches, House Sparrows and Jackdaws. 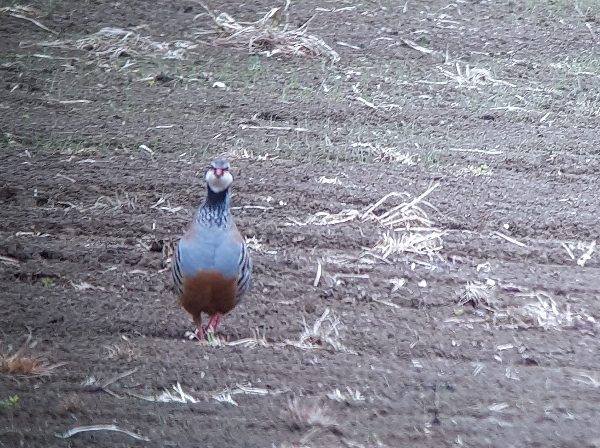 you looking at me??

SCROLL DOWN TO SEE A PICTURE OF THIS MAGNIFICENT BEAST, WHAT A GREAT FIND..........