WEATHER: dull and over cast, light rain a cold wind

Not an ideal morning for birding, but I can't stay at home I have go out. Its a wierd compulsion that I have which will be severly tested if I get up one morning and its pouring with rain.

I walked pretty smartish to the farm track noting, Collared Dove, Jackdaw, Magpie, Great Spotted Woodpecker, Robin and Wren along the way. The Nuthatch nest was still deserted but I didn't linger I went straight round to the Kingfisher nest. The Kingfisher flew past me heading up stream as I made my way downstream, that was good news it meant I could get into position in readiness for his return. Again, as yesterday, I walked past the nest and faced upstream, I focused on the usual perch. I waited 30 minutes and he didn't show, so I gave up.

A few weeks ago I pushed a stick into the sand-bank just below the Kingfisher nest and today I noticed a lot bird poo under the perch, I guess they are using it afterall, i will concentrate on that next time. The Kingfisher flew past me again as I walked away, it was inevitable and expected, it didn't bother me. 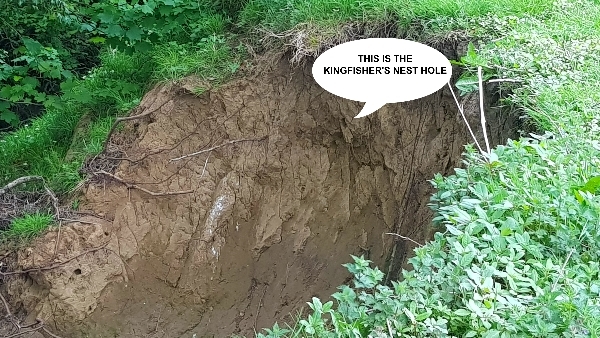 I spotted a pair of Mandarin Ducks but they swam around a bend in the stream and I failed to find them again. A Grey Heron flew over twice as did the pair of Ravens and I flushed two or three Pheasants as I walked along the bank of the River Yeo. 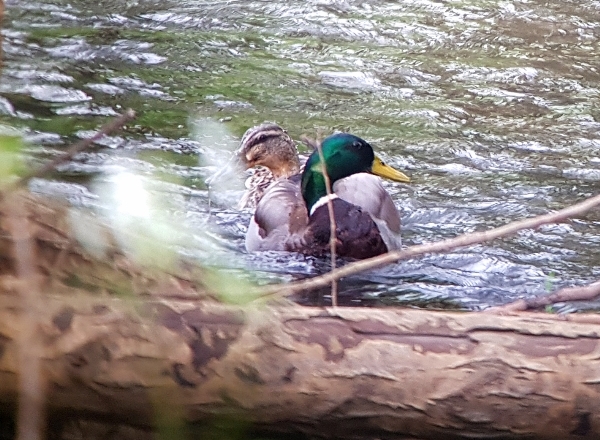 At the bramble slopes I scanned the field on the other side of the river hoping for a Whitethroat but saw only common species. The fence on which I saw 3 species yesterday offered up a fourth specie today when a pair of Long-tailed Tits landed on it. Coincidentally, all three of yesterday's fence-list species dropped onto the fence just after. 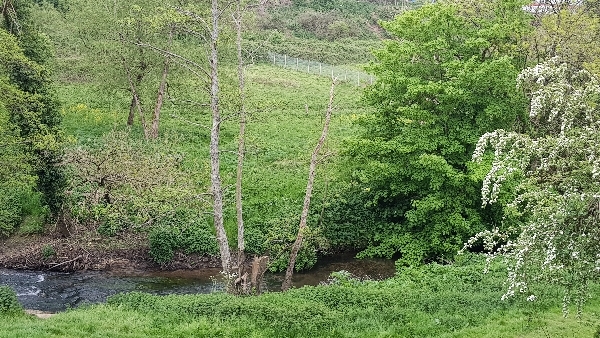 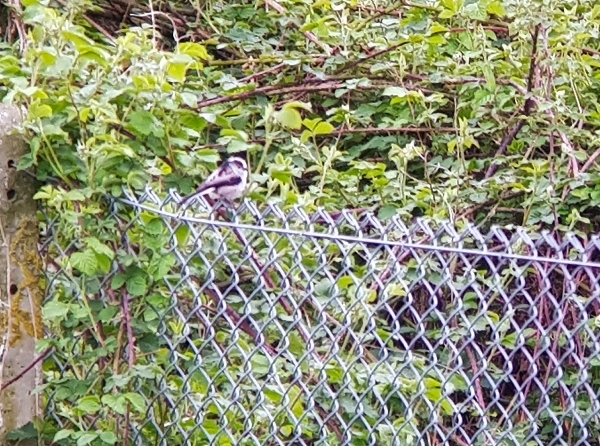 I could see a dark band of cloud in the near distance and the wind had picked up a little so I thought I that I ought to move on. Then I spotted a group of Barn Swallows coming towards me, I counted 20, plus quite a few House Martins and then I found not one but six SAND MARTINS in with them. Those Sand Martins were the first for me for this year and yet another addition to the isolation-list. The gathering of hirundines moved on fairly quickly ahead of the front that was heading my way.

The rain started to get a little heavier so I cut across the meadow and back down to the stream. I saw the Kingfisher one more time in flight and I flushed a Little Egret back near the entrance, but that was all my excitement apart from the Grey Wagtails were still taking food into the delerict building.

Later in the afternoon I saw another Swift from the garden, also Common Buzzard, but the meadow remained fairly quiet, just Wood Pigeons and Blackbirds fed in there.