Today I broke from tradition and went on a different track altogether which involved a 5 minute drive in the car. I drove to Bradford Abbas some 2 miles from home and parked at the start of a wide track. Dawn and I had walked some of this track on Thursday but that was late afternoon.

I arrived at 7am and began walking eastward, I had the track to myself and immediately heard Common Whitehtroat. I found the little beast singing from a small power line which ran across the railway track. He then flew down to a hedge where i managed to get his picture. Wow! One of my target birds in the can already! 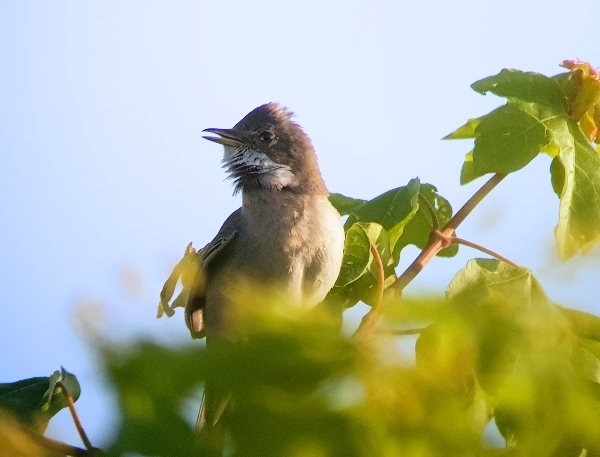 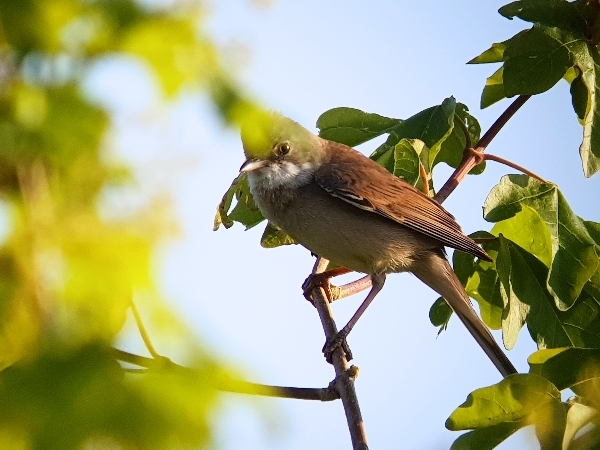 Furthermore, a Linnet, showing some red on the breast, flew onto the wire as did a Mistle Thrush. I quickly snapped off a few pics of the thrush because the Linnet flew off. 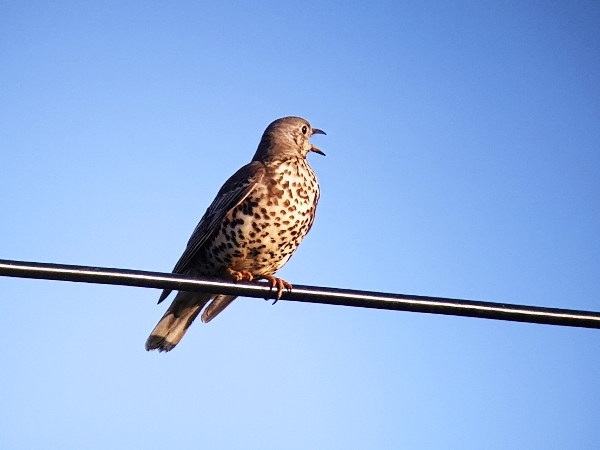 I walked a little further along the track, which ran parallel to the London to Exeter Trainline and had very large ploughed fields on the right, I saw a single Roe Deer and a Common Buzzard on the far side of the first field. Both went into the phone camera but they were distant. 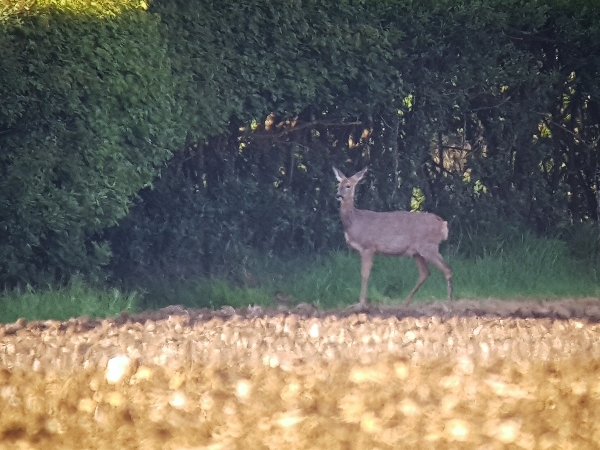 The Skylark was another of my target species to photograph, they sang all the time during my walk, they flew around and went up really high but I never saw a single one perched or on the ground within a reasonable distance. As I approached a large farm with a number of biuldings I saw many Barn Swallows, a couple of Greenfinches, a Pied Wagtail and a Song Thrush was singing from a copse nearby. 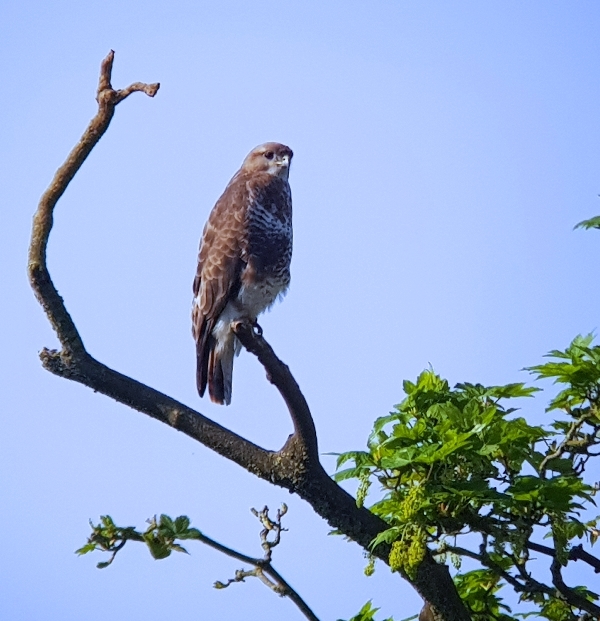 The track made a sharp turn to the south away from the railway, I now had the sun on my left which gave good light on the hedges and fields to my right. I then saw a very distant Yellowhammer, a bright yellow dot in the distance. Then I heard one much closer, it was singing from a tree in the hedge. Normally they sing from the top of a bush or tree in plain sight, not this one. It was difficult to see but he moved a little and I got him. Click, click! I was very pleased with that. 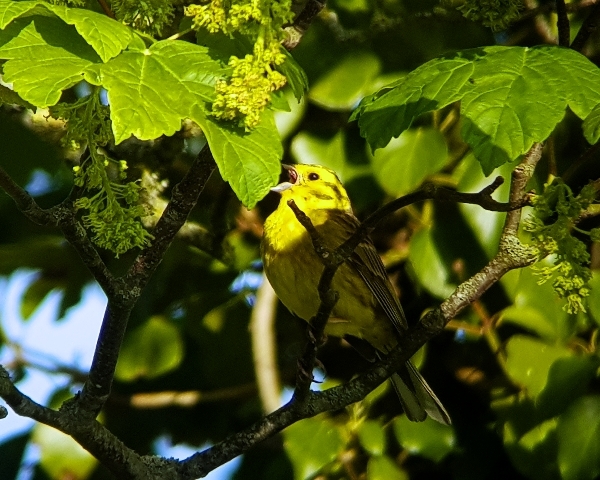 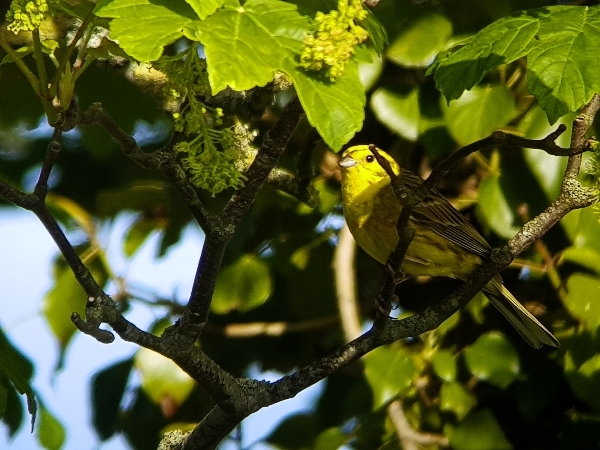 I made extensive searches all along the next few hedgerows just in case a Corn Bunting showed up, I know people who have seen them in this area, but I did not!

The track traversed two more fileds before disappearing in to a small copse where a stream flowed past. There I heard Blackcap, Wren, Robin and another Song Thrush. I saw Goldfinch, Dunnock, Wren, Blackbird and Wood Pigeon. 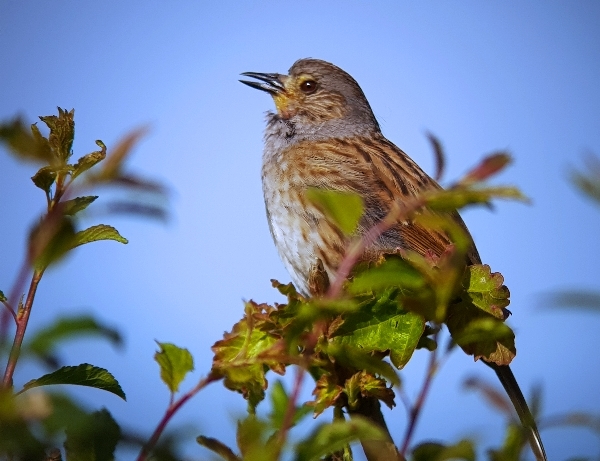 Dunnock - one of my favourite UK birds 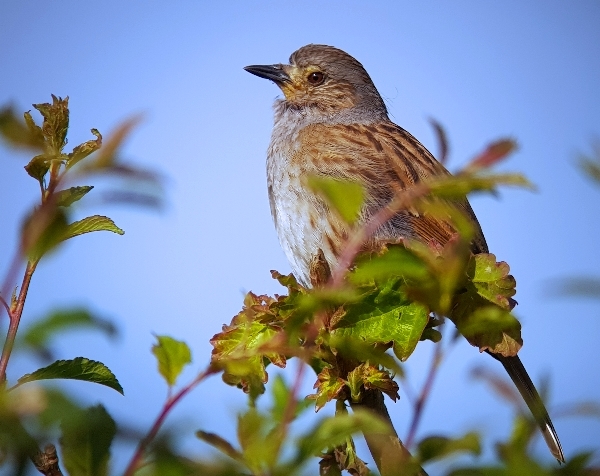 Just before the track rises up into the small village of Thornford it crosses the River Yeo, I stopped for 30 minutes or so, listening and searching for new species. The riparian woodland and dense scrub looked excellent habitat for warblers. I was hoping for Garden Warbler, perhaps a Sedge Warbler or even a Cetti's Warbler, but alas, none of those called. 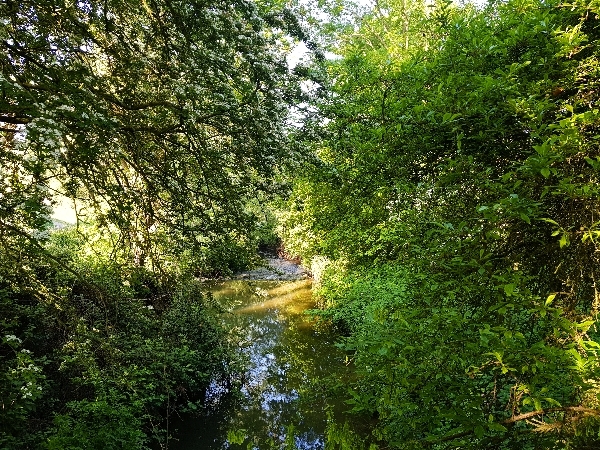 The River Yeo at Thornford 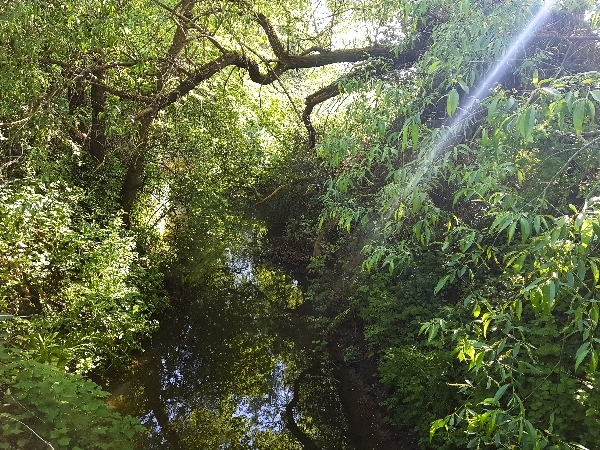 I didn't walk up into the village because of social distancing etc so I turned around walked all the way back to the car, it was exactly 1 1/2 miles. 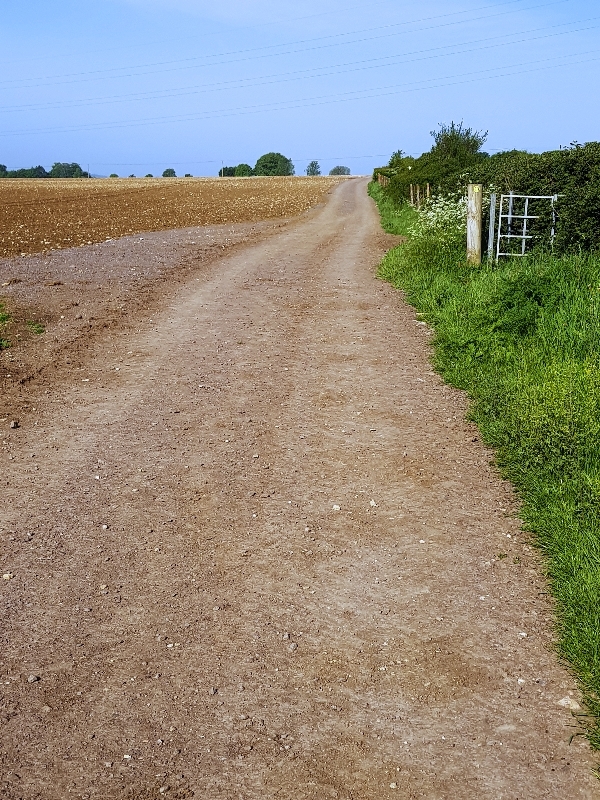 During my walk back I saw most of the birds I had seen on the way with no new species for the day list. I vowed to return and get the Skylark in the can.