WEATHER: a beautiful clear, still morning, quite cold to start with. By 9am the wind had picked up and clouds began to appear.

Well that was another 'great to be alive' morning, absolutely beautiful and perfect conditions for birding. I called this my 5G morning and here's why: The first 5 birds I saw today have names beginning with the letter G:

G3  - a pair of Goldcrests in my garden in the Sycamore trees, calling and showing well

G5 - two Goldfinches flew up from the grass verge as I walked along the lane to the valley.

I couldn't believe it, my first 5 birds had names beginning with the letter G, what was next? Golden Eagle, Goosander or Gannet. No, it wa a jackdaw, OK fantasy over. 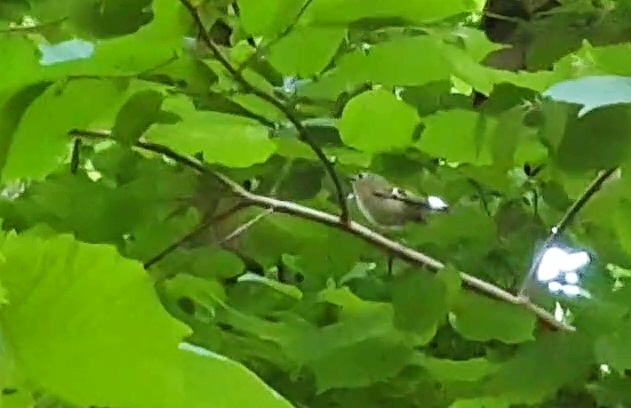 a Goldcrest - but only just

I strolled into the first meadow of the valley and walked along the side of the stream, to my right the delerict building sat in the shadow of the hill. I scanned across to the roof and saw a pair of Swallows sitting on a steel girder and the male Grey Wagtail sat at the other end. Since the farmer has had all the windows and doors recently bricked up in this building, the only access is through the broken roof, which is now ideal for swallows and more secure for the Wagtails. 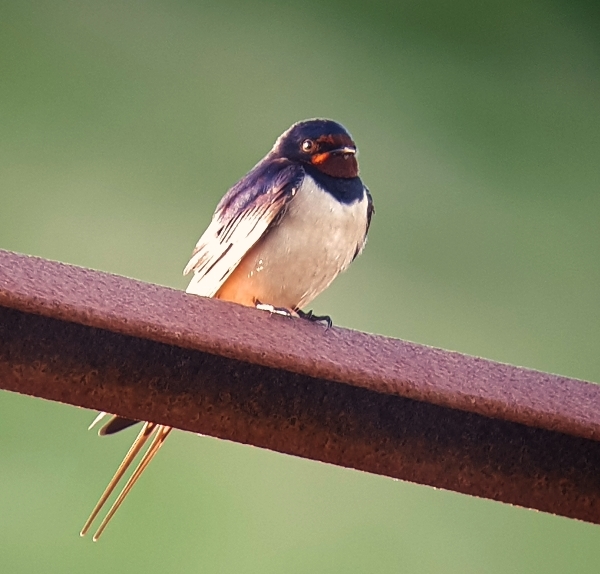 Barn Swallow, you can see its a male by the length of the tail streamers 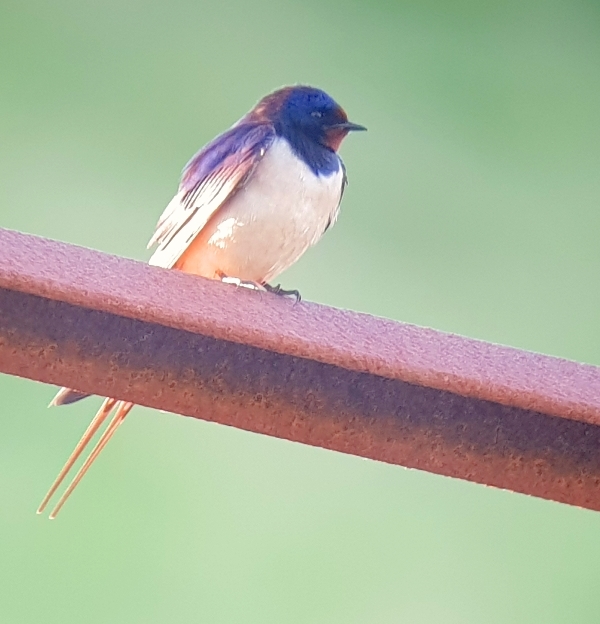 I had a quick look at the Nuthatch nest and the Green Woodpecker's hole, but i saw no activity at either one. The Blue Tits nesting in the stump by the side of the stream are now feeding young. I heard ten Wrens singing on the route and I presume that all of them have a partner and a nest. 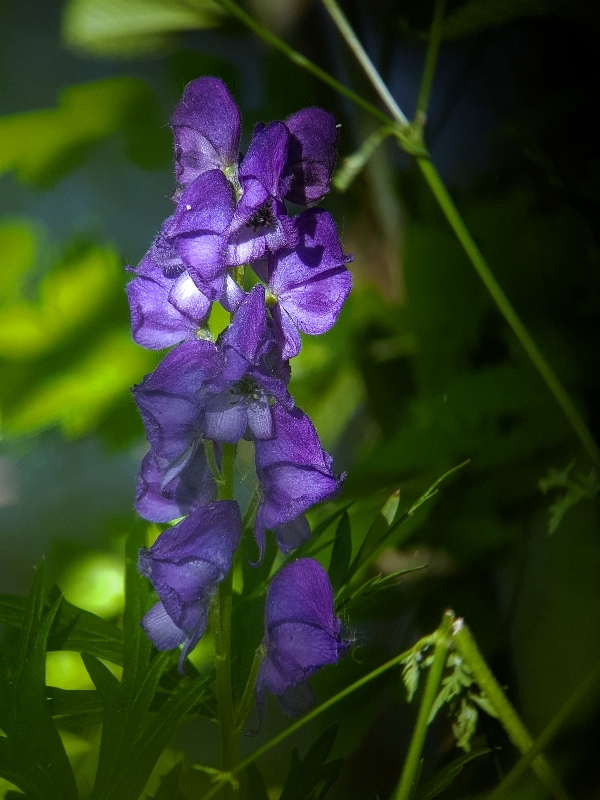 A Monkshood flower, they favour shaded spots next to water and that my firends is exactly where I found it 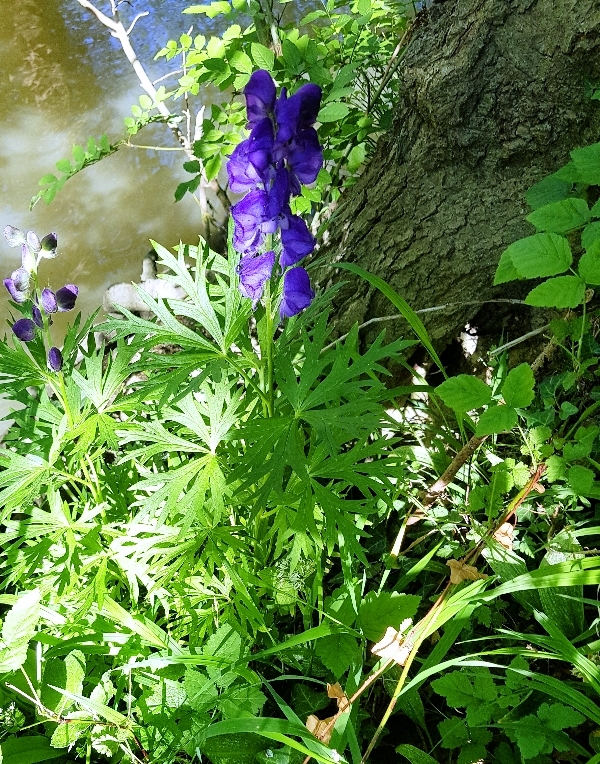 I found another pair of Goldcrests, they were collecting nest-lining material, one of them was tugging at some sheep's wool that was entwined on some bark of a tree. It would have made a great picture but they never returned to get more wool whilst i waited with scope and phone at the ready.

I bumped into two parties of Long-tailed Tits, both groups were in excess of 8 birds, I wondered if one of the groups was from the bramble nest site i was watching the other day?  A male Bullfinch flushed from the river bank and quickly disappeared, a Little Egret flew over and the Cuckoo called once more. Today the Cuckoo was much closer, he sat in the mature woodland on the far side of the River Yeo and as i scanned the trees he worked his way all along the trees without showing a feather! It has been a month now since this bird first arrived. 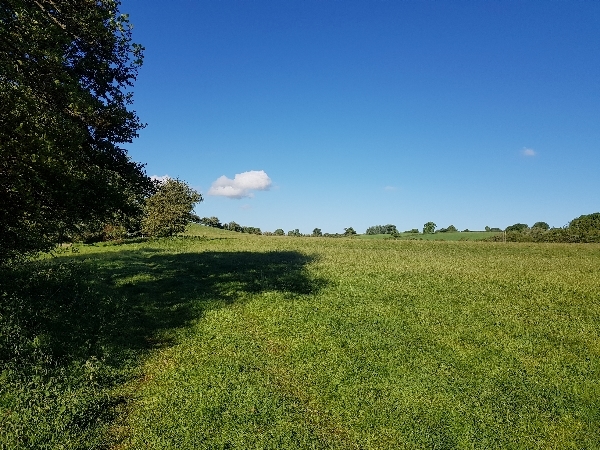 I spent quite a lot of time in the side valley, I was looking in partciular for a Spotted Flycatcher, however there wasn't one there yet. A Sparrowhawk landed very briefly on the fence on the far side of the river, it was gone by the time I said Sparrowhawk!! 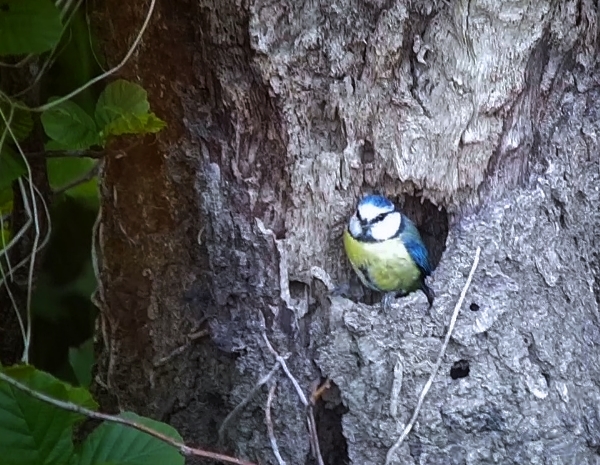 Then I had an encounter with a Fox, I saw him first, he ran across the track in from of me, he didn't see me. I stalked him and found him sitting on the far river bank scratching, he looked up at me and i froze, he then carried on scratching before moving out of sight. I set up my scope ready just in case he came back, which he did and he stared right at me. Again I froze and he cantered off, so no pictures I'm afraid.

The wind got very blustery and quite cold so I made my way back home, in sheltered areas I saw many Demoiselle Damselflies but not many butterfles.

Late afternoon Dawn and I drove across to Sutton Bingham Reservoir which is just 7 minutes away in the car. We walked for an hour or so but it was very windy and cold. I added GREAT CRESTED GREBE to the isolation list and over 100 gulls sat out in the middle of the water. We enjoyed looking at several flowers which I hadn't seen this year yet.  Bird's-Foot-Trefoil, Yellow Rattle,  Red Clover, Yellow Iris and Grass Vetchling. 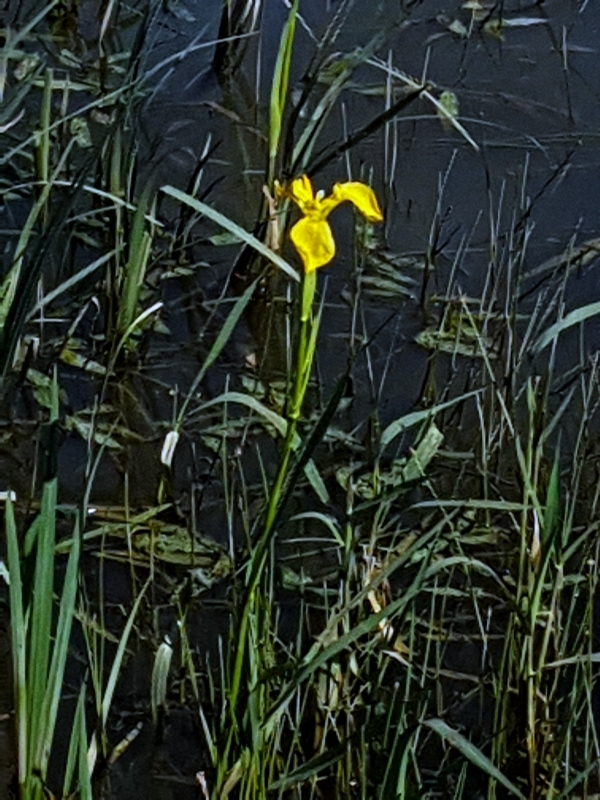 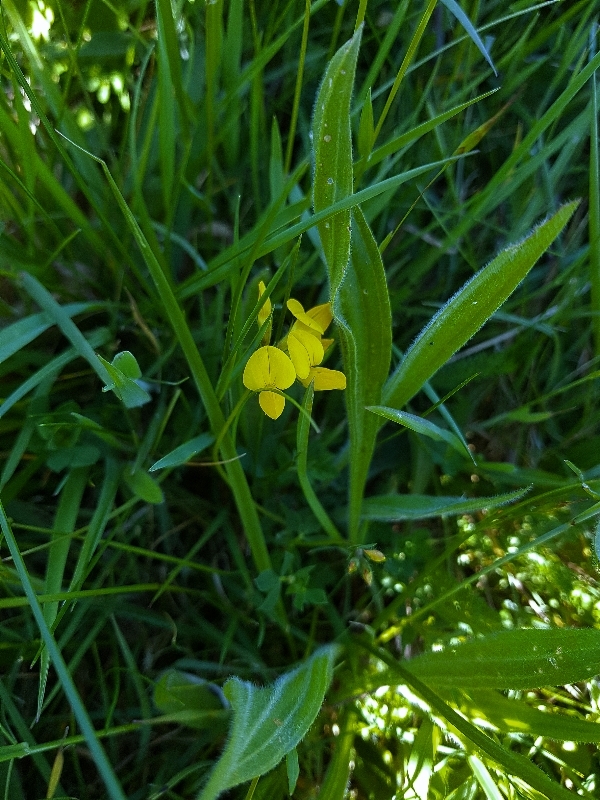 Without a scope I never saw the expected Common Sandpiper or a Black-heade/Med Gull, I think I will go back there tomorrow.