What another fantastic day! Superb sunshine and not a stir in the air as I left the flat at 6am. The garden Goldcrest was calling away as I made my way to the car. For the first 3 hours I spent my time walking from north to south along the west side of the Sutton Bingham Reservoir. 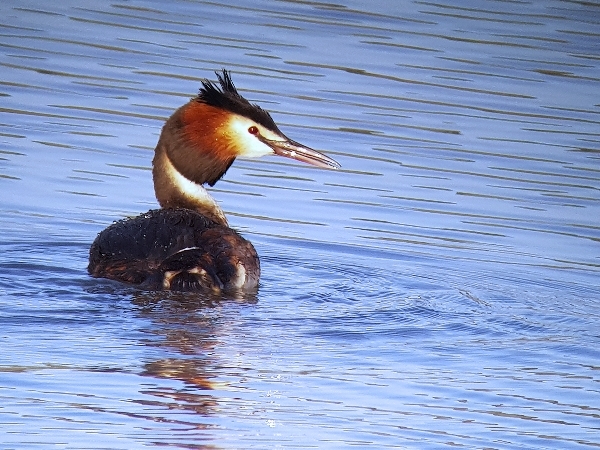 I parked next to the northern causeway and quickly found a new bird for my Isolation-list, a COMMON SANDPIPER, this represents my first wader since lockdown! I found a second one over by the Sailing Club, it was on a jetty with a Cormorant and dozens of Herring Gulls. 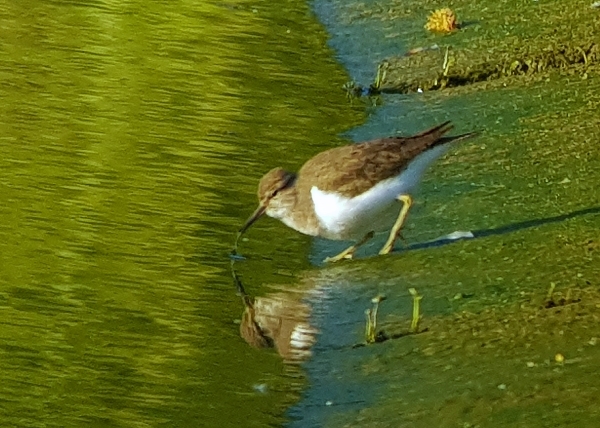 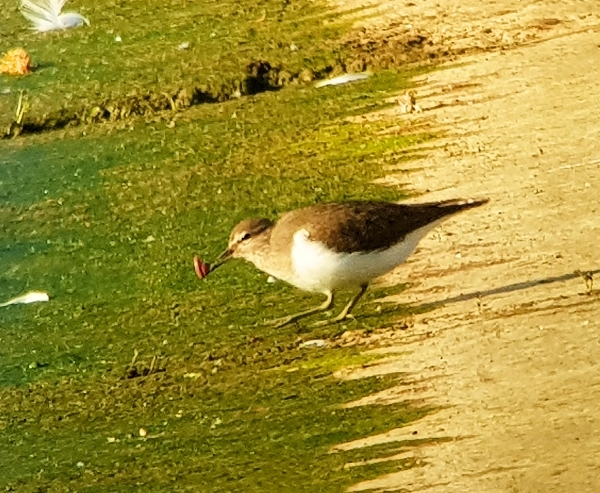 The reservoir was covered in Great Crested Grebes, they were everywhere and all in pairs, some were sitting on nests. 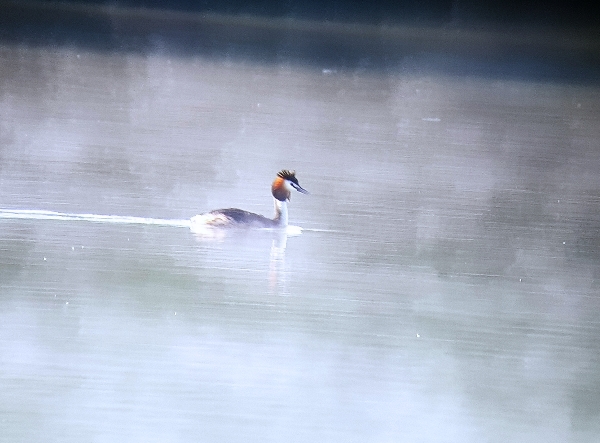 my attempt to capture the cold atmosphere at the reservoir

A small group of Canada Geese flew in a little later. I could here Blackcap, Common Whitethroat and a distant Green Woodpecker. 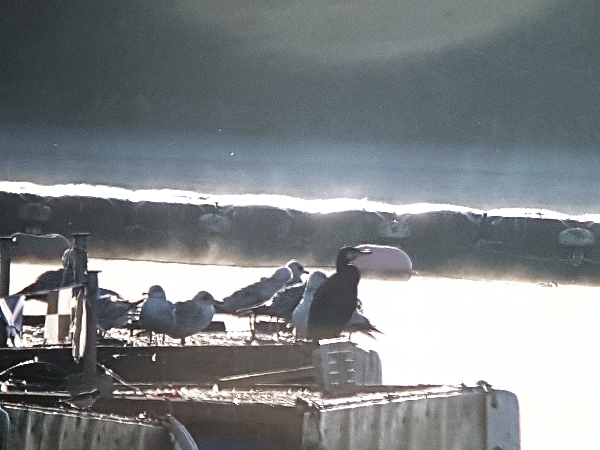 After about an hour I began a walk along the west shore of the reservoir, I walked through the car park and down to the shore. Yesterday I had a 5G moment, today I had a 4F session, I saw four species of Finch within a few minutes of one another. In the car park i saw both Chaffinch and Goldfinch but the real beauties were waiting for me along the footpath. 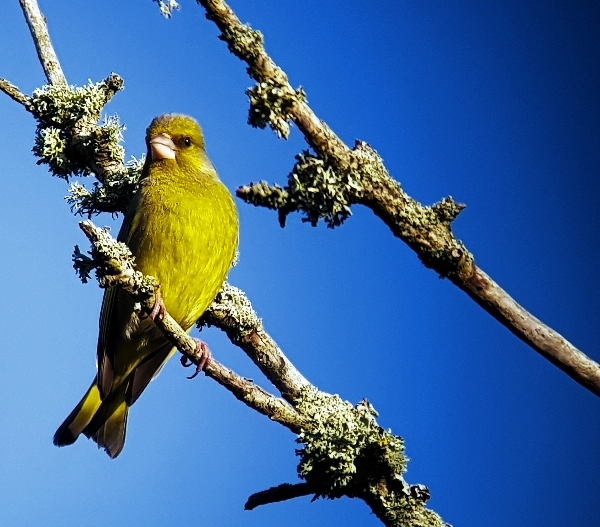 Both Greenfinch and Bullfinch sat out in the open for me, how nice was that. From then on a didn't see too many other species, many common birds were singing or flitting about in the bushes. I did find a Treecreeper, a Little Egret flew over, I heard a Mistle Thrush singing and tracked down both Chiffchaff and Blackcap and I did see a Mallard with an amazing brood of 10 chicks! Two Roe Deer fed out in the middle of a field and a Grey Squirrel ran along the hedgerow. 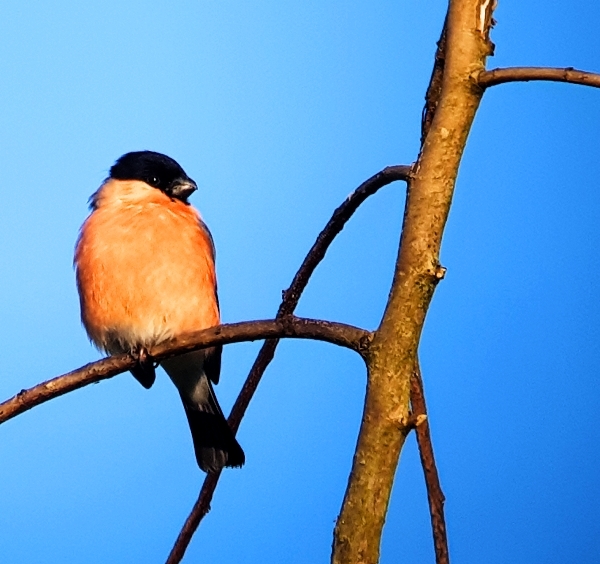 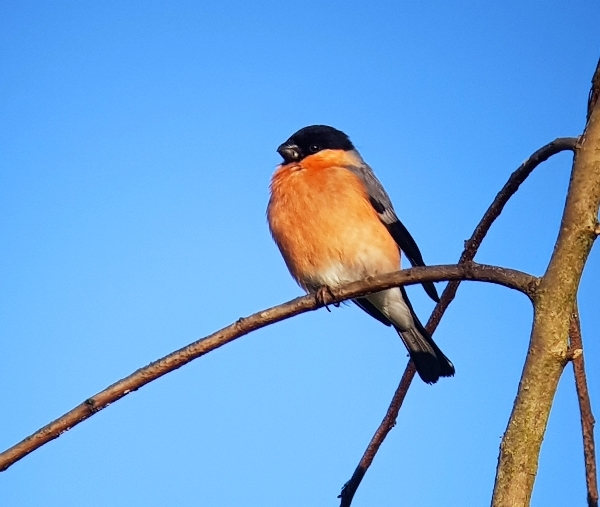 90 minutes later I was back on the causeway watching a Common Whitethroat and a Common Buzzard, a Pied Wagtail worked its way along the shoreline. I was watching a pair of Rabbits feeding on the grass when they both suddenly sat upright with their ears pricked, they then quickly shot into the hedge.  A moment later a Fox appeared from the same hedge a little further away. 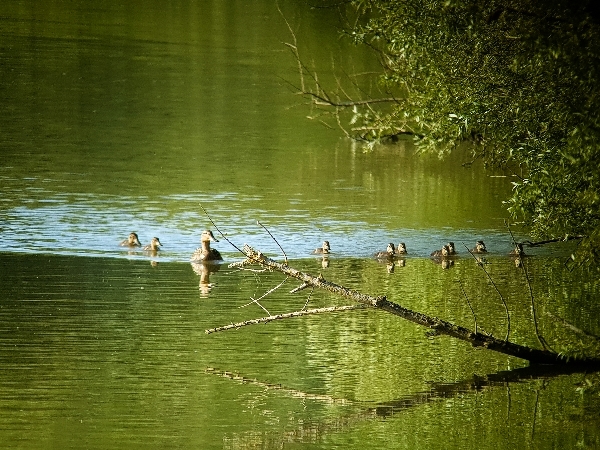 a Mallard and chicks 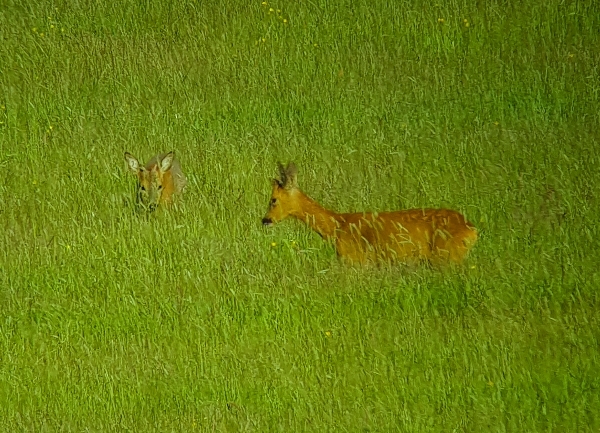 I filmed the Fox  as it ambled along a hedgerow he didn't seem the slightest bit bothered by my presence or the traffic passing by. 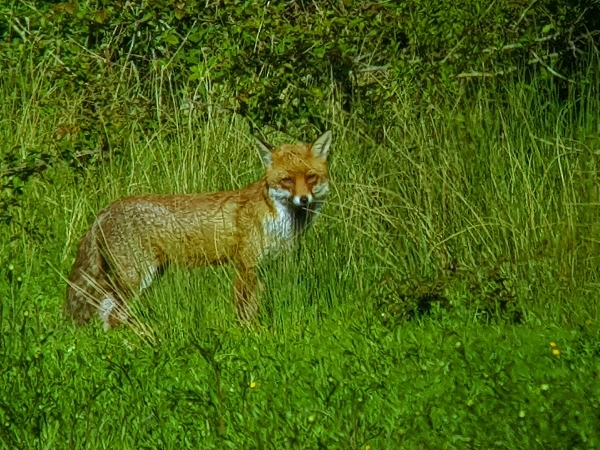 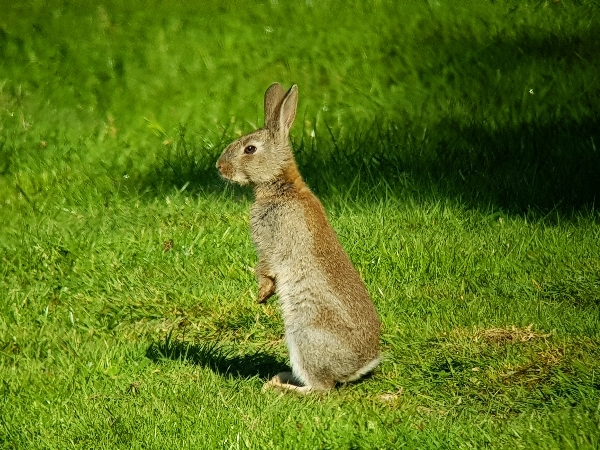 Mr Rabbit looking for the Fox

I was done by 9am, my target bird was in the bag and I had a few bonus pictures in the can, so I drove home and had a short coffee break.

For those of you with little interest in butterflies the blog finishes here, otherwise read on.

Guy Campbell, a birding friend from Yeovil had texted me last night with news of some good butterfly watching at Cerne Abbas. So Dawn and I set off around 10:30 in the car, Cerne Abbas is a small picturesque village 16 miles from Stoford. It is famous for the Cerne Abbas Giant, a humungus figure cut into the turf of a chalk hill, it is 55 meters tall. The figure is wielding a very large club like weapon and has a huge errection depcited too!! How rude!  Google it! 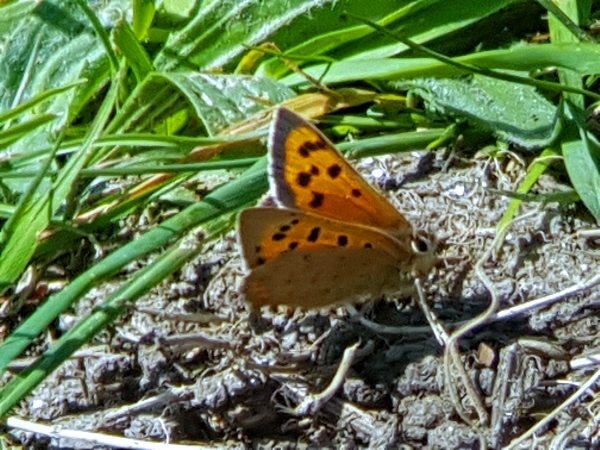 the grassy slopes all around the Giant are excellent for a number of butterflies as we quickly found out once we had climbed the onto the slope from the car park. We stayed for a couple of hours and found 14 species of butterflies, an amazing array of species with a couple of real goodies on the list. 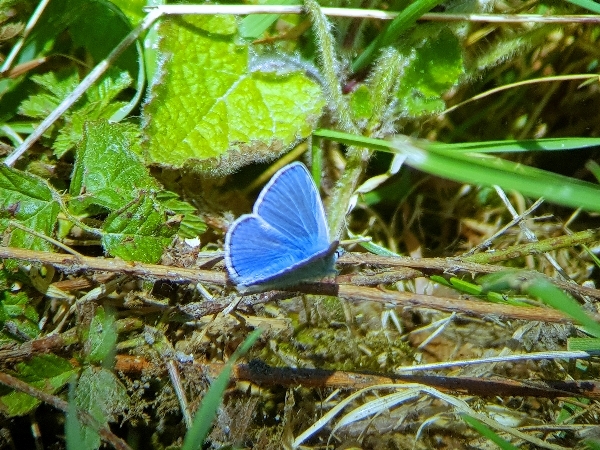 We quickly found Small Copper, Small Heath and Common Blue, then a Large White flew by and I took a picture of what I thought at the time was a Grizzled Skipper but on later inspection I saw it was a moth called 'Mother Shipton'. 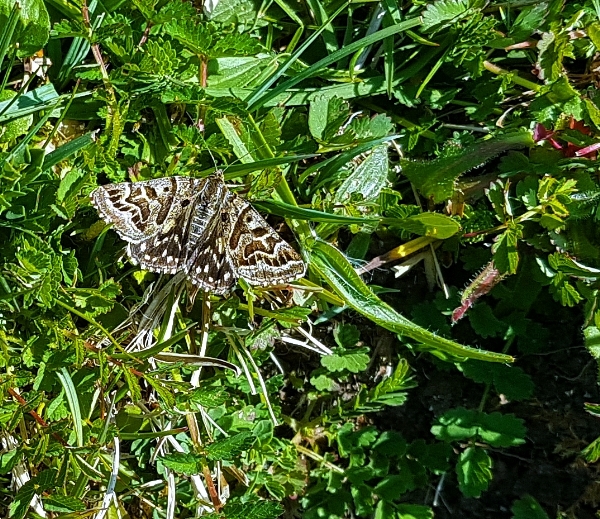 We did then go on to find Grizzled and Dingy Skippers and two amazing local specialities: first a Marsh Fritllary and then a Duke of Burgundy Butterfly. They both settled on the same leaf at one stage! 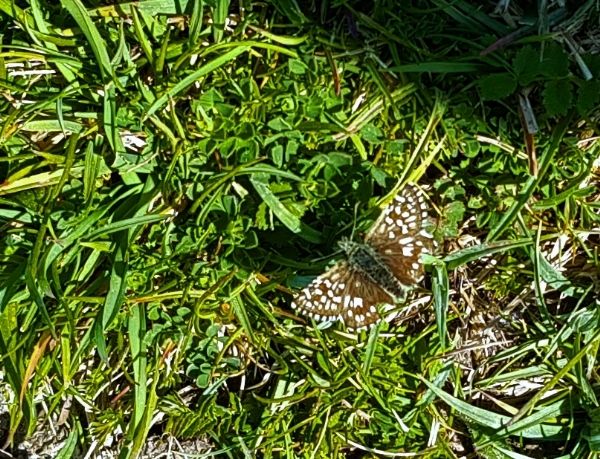 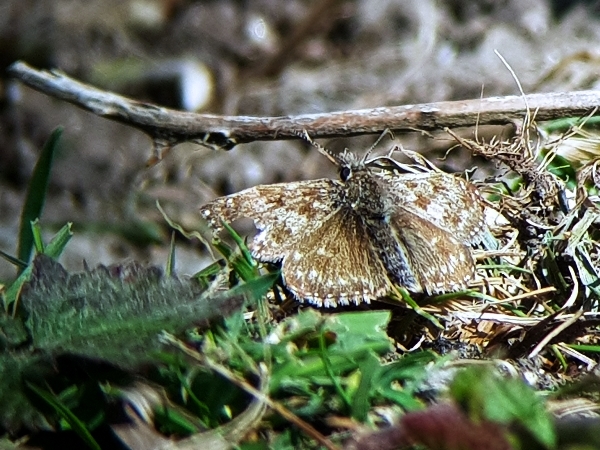 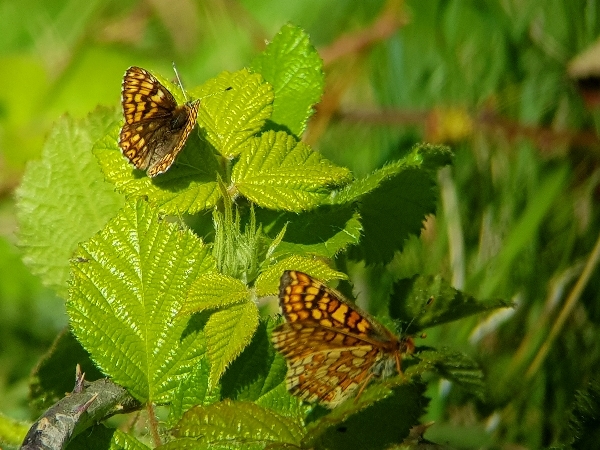 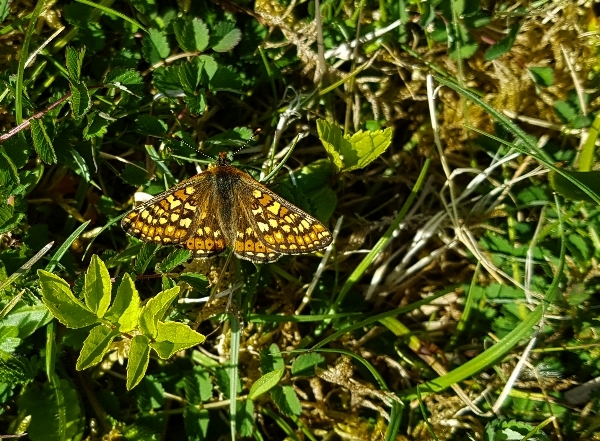 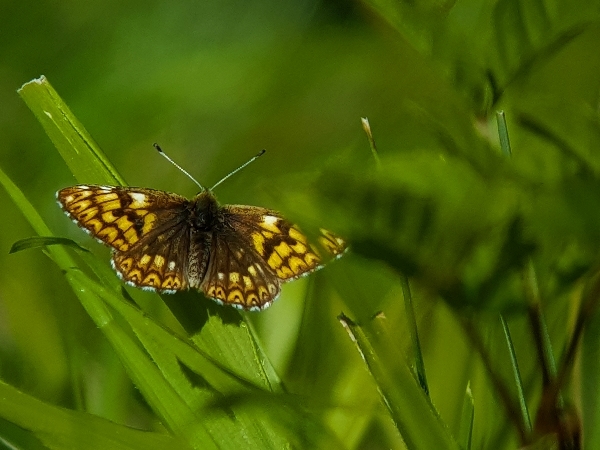 Speckled Wood, Meadow Brown, Holly Blue and Small Tortoiseshell were added to the list but we could not find the elusive Green Hairstreak. The sun went behind a large cloud and all butterfly activity ceased abruptly. We waited patiently and the sun returned with two Green Hairstreaks, hooray, we had now seen all of our target species so off we went back home. 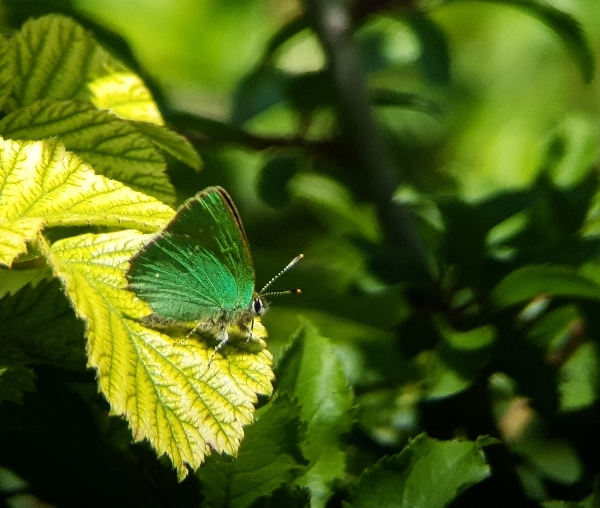