A 2HR WALK INTO THE LUSH GREEN VALLEY NEAR MY HOME

WEATHER: what can I say, another brilliant day. A slight touch of frost first thing but very warm later. still a chilly breeze but a clear blue sky all day .14C

It's like Spanish weather! Lovely, sunny days but a bit cold in the shade and much colder later. I set out at 8am for my usual walk into the Yeo Valley meadows and along the stream. I took a brief look into the meadow from the garden and saw both Red-legged Partridge and Common Pheasant.

a record shot of the partridges, they were way over in the back of the meadow

Robins and Wrens were in full swing and now Chaffinches are joining in the dawn chorus. A gReen Woodepcker showed itself a couple times and was calling every 5 minutes or so. At the Woodpecker/Nuthatch nest I could see a Nuthatch at work, putting more mud into the entrance of the hole. It looks like the Woodpecker has given up trying to live there.

More mud added in the entrance to the hole, partciularly on the right side

I got very close to the pair of Mandarin Ducks today and almost got a picture but they are so flighty, one tiny movement by me and off they go. Maybe next time. At last I managed to find the pair of Treecreepers, they had eluded me since day 6, I got good views of the pair of themthey were feeding and not collecting nesting material, that will come soon. 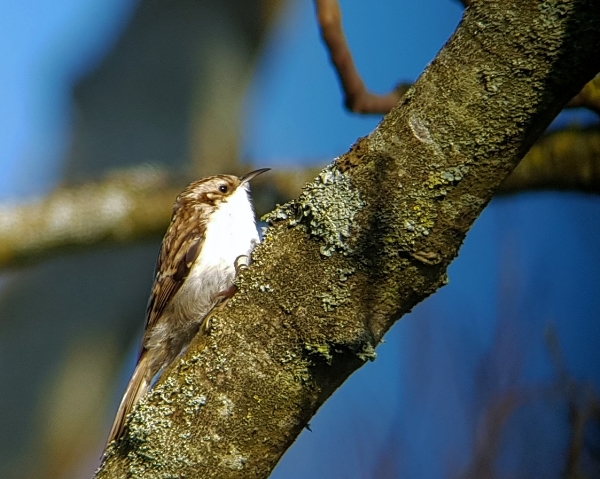 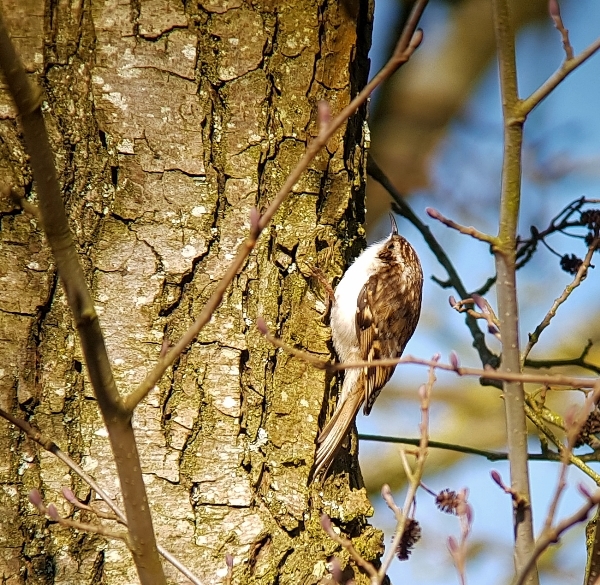 No sign of Grey Wagtail today but Ravens called a few times, both pairs of Buzzards turned up and the two pairs of Mallards are still on the stream.

There seemed to be more Robins and more Wrens singing I counted 9 Wrens and 7 Robins during the 2 mile walk, the true count is probably a lot higher than that.

I caught up with the singing Blackcap, it was a little distant so I only got a couple of record shots. 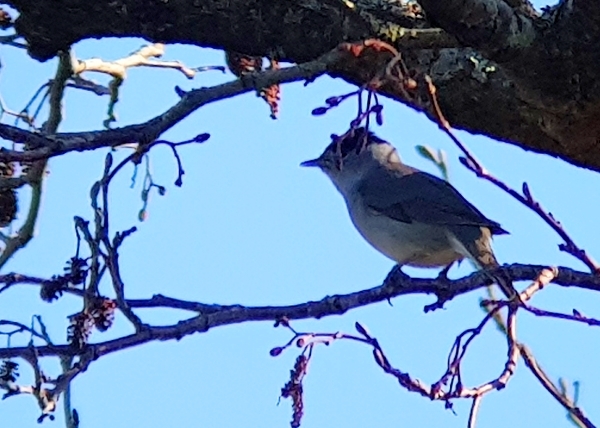 the male Blackcap delivers a beautiful, melodic song about 4-6 seconds in duration 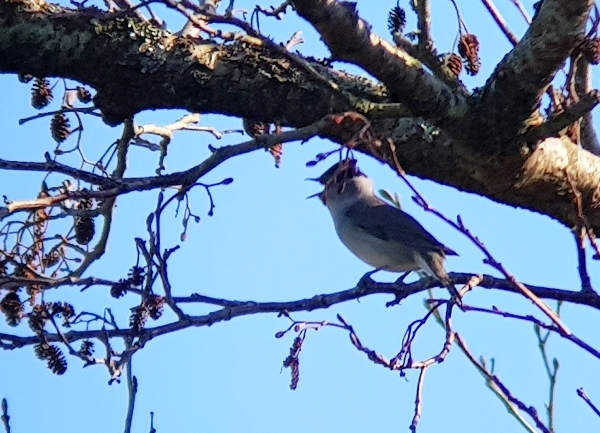 The Goldcrest performed well, I heard it singing and got good views of it before it noticed me. The trouble with taking the picture was that it was directly in-line with the rising sun and so was a bit silhouetted. 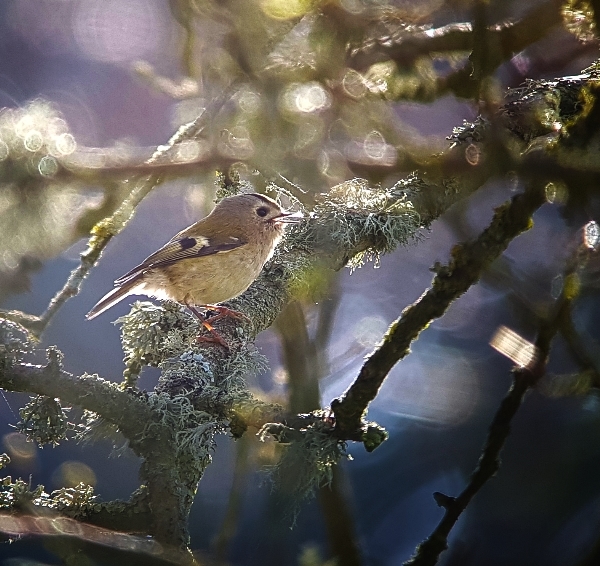 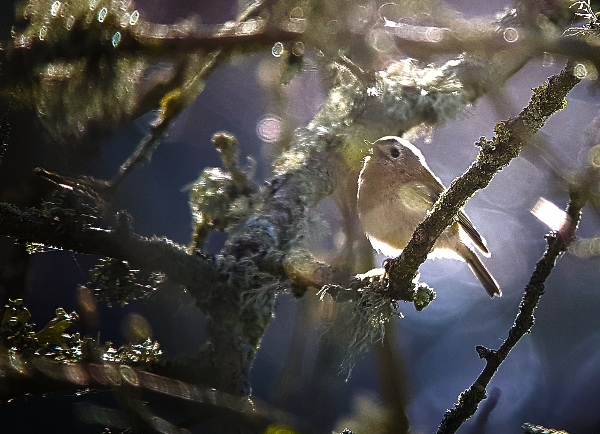 The Great Spotted Woodpecker saga continues and I made some unusual observations. There were two of them in one tree both drumming although somewhat haphazardly and half-heartedly. On clser inspection they both looked like females because neither of them had a red patch at the rear of the head?? How odd was that? Well I can only assume that they are first year males and niether of them have developed the adult plumage as of yet. A third Gt Spotted Woodpecker drummed from a nearby tree and that sounded perfect.

Walking up the hill I made a small diversion on a track that leads down to the River Yeo noit far from the Yeovil Junction Train Station. There were plenty of clumps of bramble and small bushes it looks ideal for Common Whitethroat, I hope to report one ie next couple of weeks. The grassy banks also look mexcellent for Grasshopper Warbler, wouldn't that be nice?

At last I can report my first butterfly sighting, a Small Tortoiseshell flew past me and Dawn saw told me later that she saw a Brimstone during her run through the village.

I do hope this weather keeps up, its the only thing keeping me sane at the moment, can't imagine not being able to do the walk because of the weather!