Dawn and I set out  for the coast at Lyme Regis at 9am, we planned to walk the 2 miles from Uplyme to the sea front at Lyme Regis by following the path along the River Lym. We hoped to see a Dipper on the river but we failed to find one, in fact, we never even saw a Grey Wagtail.

Herring Gulls in the river Lym

The walk was lovely in bright sunshine, we did see plenty of common garden species, a couple of Pied Wagtails and we saw a group of Herring Gulls mucking about in the river.

the outflow of the River Lym at Lyme Regis

Once we reached the beach area we scanned the Bay noting Black-headed Gull and many Herring Gulls and a few Rock Pipits flitted around on some rocks!! The sea-front was busy with day trippers, we did our best to avoid getting near any of them. 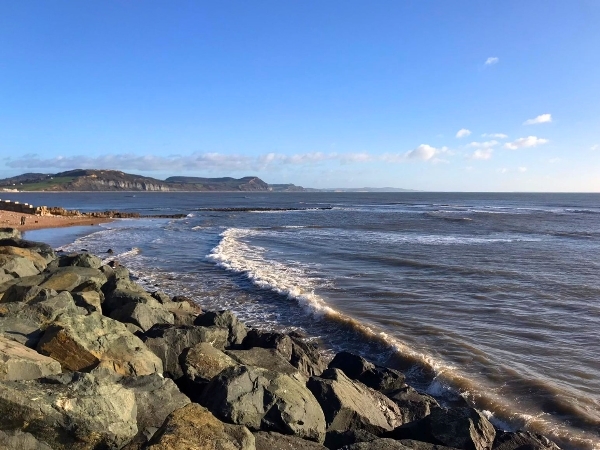 a view looking east from the the seafront at Lyme Regis

Walking around the little sheltered harbour produced more Rock Pipits, Turnstones and the over-wintering Eider Duck which is now looking fantastic after coming out of eclipse plumage. We walked to the end of the Cobb and found three PURPLE SANDPIPERS, (there are supposed to be around 17 there this year), it was low tide so I expect the rest of the wintering group we off feeding somewhere else. Also on the Cobb was a couple of Great Black-backed Gulls, Great Cormorants and two Ringed Plovers.

we saw only three Purple Sandpipers and all of them were fast asleep! 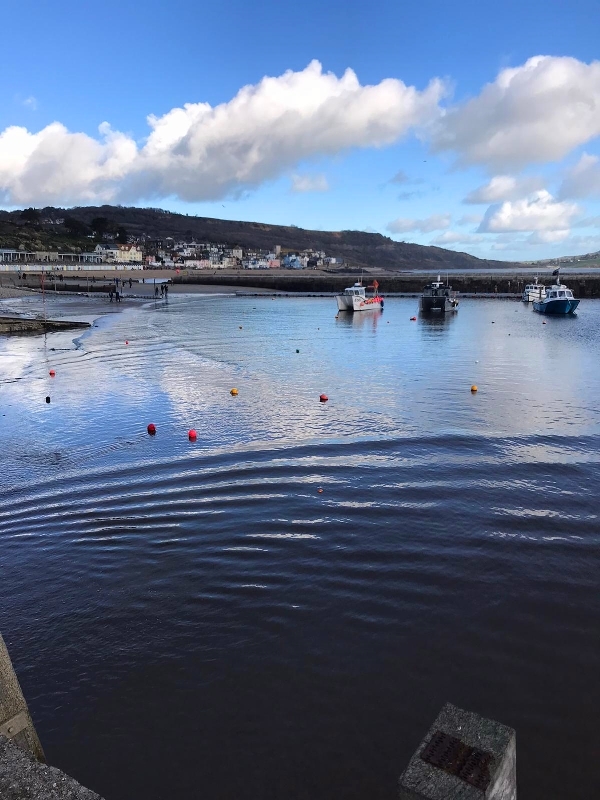 Dawn's view of the harbour 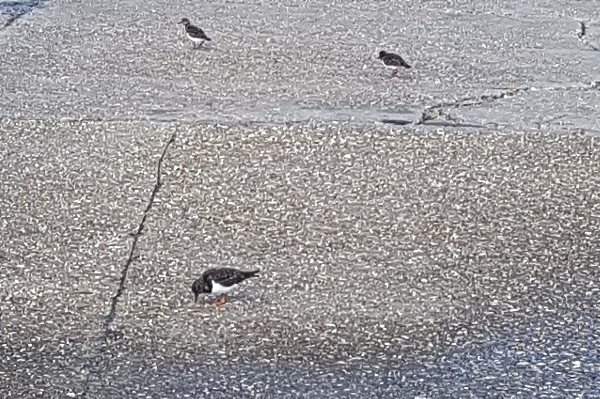 Turnstones on the path to the Cobb

We bought fish and chips and sat in a small memorial park to eat them, the sun disappeared behind the clouds and thick heavy rain clouds were starting to gather. Our walk back was a wet affair, it started to rain about half-way back, I wasn’t dressed for rain , Dawn was of course! So I got a soaking and the only Dipper we saw on the way back was me!!