WEATHER: cloudy with showers and bouts of sunshine, still only 14C

Another cloudy morning but with less rain and a few sunny spells, it was still very windy and as yesterday I didn’t see much to photograph. I walked into the valley and heard Blackbird, Wren and Blackcap and I saw a pair of Red-legged Partridges, the first I’ve seen for a good number of weeks. Even the pair in the meadow next to our garden has not shown for ages. 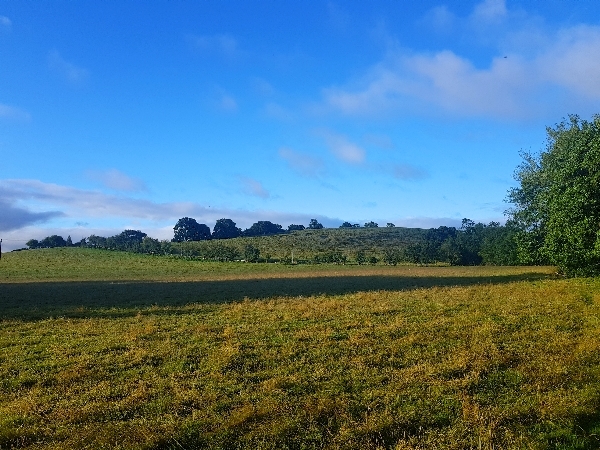 A rare sighting on my patch of late, blue sky!!!!

A Grey Heron flushed from the stream as I walked past the Kingfisher nest site and during a sunny spell I saw Chaffinch, Goldfinch and a Great Spotted Woodpecker, in fact the woodpecker flew into an oak tree and gave me a drum roll. 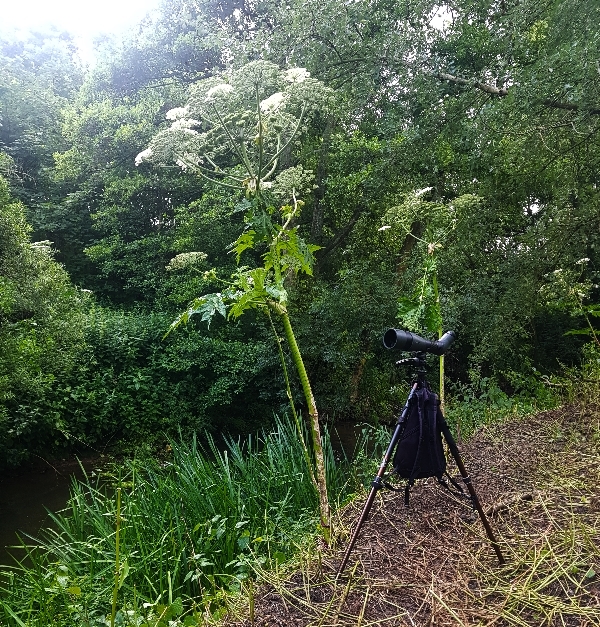 look at the size of this Hogweed, it has to be over 3 meters high, amazing plant

I spent most of my time behind Rook’s Hill watching the River Yeo and the bramble slope, this area was quite sheltered whilst the oak trees on the hill above me looked as though they would soon be uprooted by the strong wind. I watched Chiffchaff collecting food and both Blue and Great Tit juveniles learning the ropes of how to forage in the bramble. A Nuthatch called from the oak trees but I never saw it. 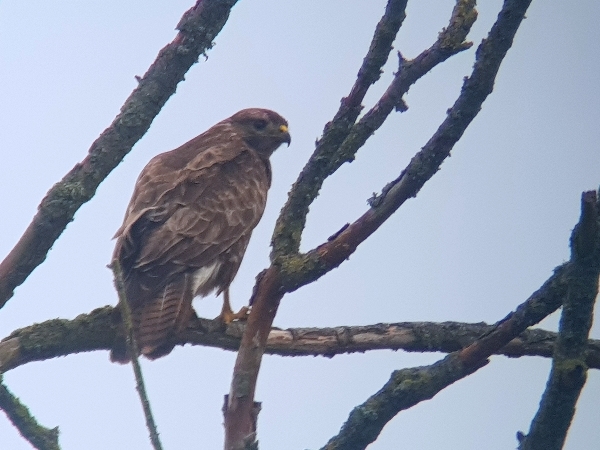 I battled against the wind as I scrambled up and over Rook’s Hill, I noticed a Little Egret in the distance as it flew over Clifton Maybank House. The lack of Swifts and Swallows did not surprise me but I expected the Common Buzzard and the Herring Gulls, they seem to relish being blown around in the sky. 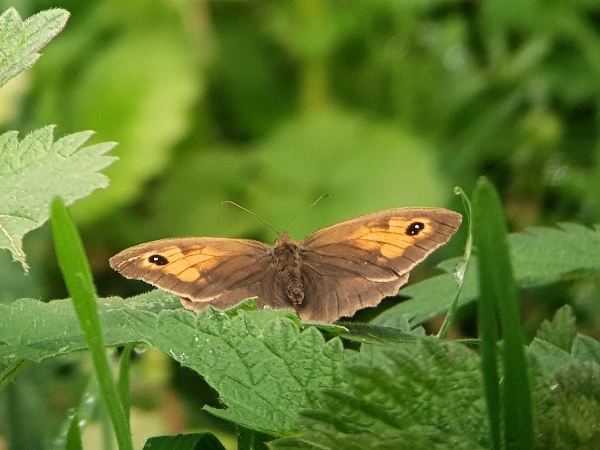 One final bird before I left the valley was a Green Woodpecker, once I got it in the scope I realised that this was one of the juvenile birds, it could have been from any one of the three nest sites that I know about, but who knows?? 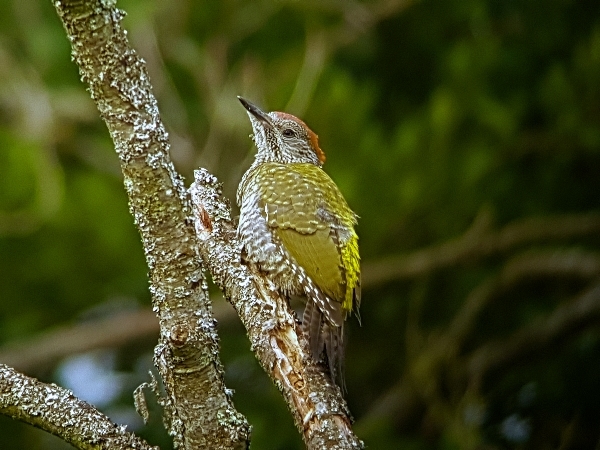 As I crossed the road bridge along the lane back to our flat I watched a Grey Wagtail collecting food, this would be the second brood that this pair has raised this year, a good year for them. 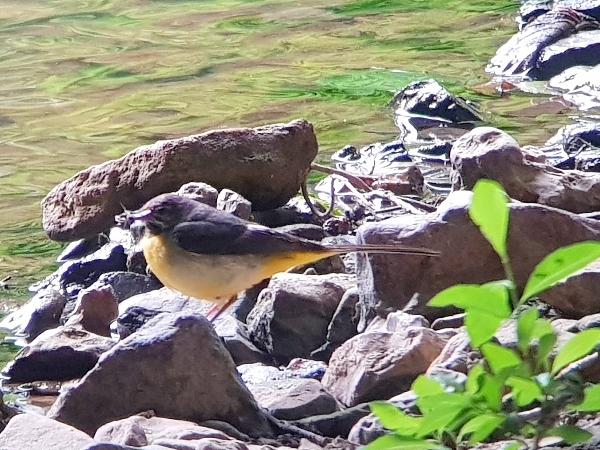 Arriving back in the communal car park before 9am was a little early so, just as yesterday, I jumped into the car and drove to Sutton Bingham Reservoir. I was hoping that the strong winds had blown something good in, but scoping from the causeway I saw all the same species as yesterday, the only difference was that a few more Black-headed Gulls had dropped in and I found a juvenile Herring Gull with a very dodgey-looking bill. 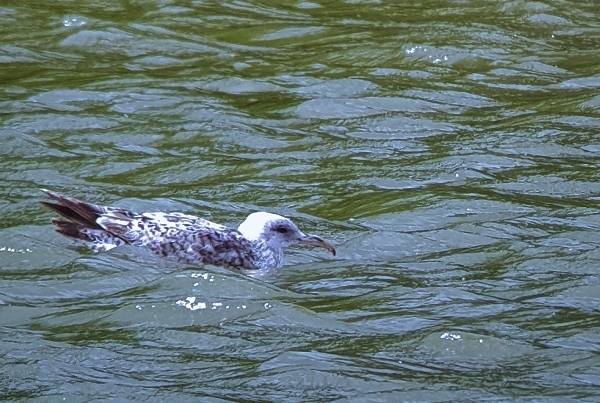 In the afternoon Dawn, I and Celia (sister-in-law) went for a walk around the huge grounds of Melbury House. It was a little windy out there but the area is beautiful, large open meadows with ancient trees, manicured lawns and flower meadows surround a series of lakes and ponds and small sections of woodland. 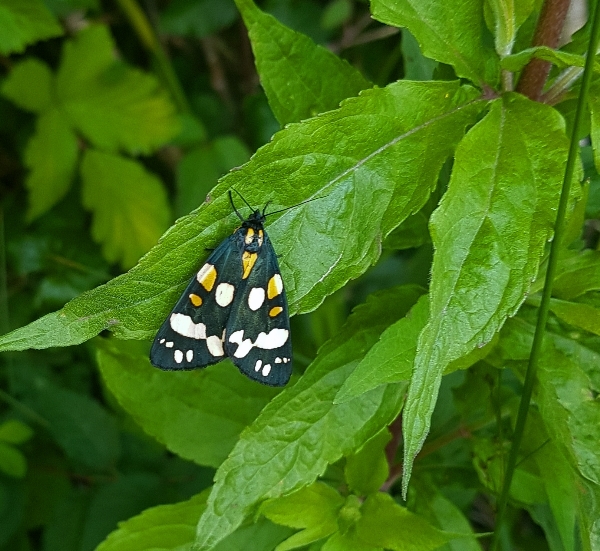 we saw this Scarlet Tiger Moth whilst on the Melbury walk.

I added jay and Eurasian nuthatch to the July list, we saw the free roaming herd of Fallow Deer, also Rabbits and Grey Squirrels. On one of the ponds we saw Moorhen, Mallard, Mute Swan, Tufted Duck and a few butterflies flitted about the meadows. We walked 4 miles on a circular trail which took about 2 ½ hours will all the stops, a very enjoyable afternoon.