Sutton Bingham reservoir is just a short drive from my home and is a good place to watch gulls late in the afternoon asthey come to roost. I arrived around 3:30pm whilst the sun was still shining and the light was good. 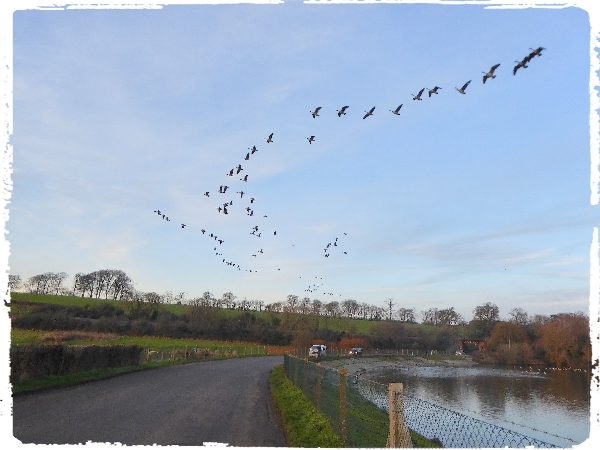 Canada Geese over the causeway

From the northern causeway I scoped across to the dam on the eastern arm of the reservoir where I saw a large flock of 176 Canada Geese, with them was a dodgey hybird that looked like a Bar-headed/Canada cross and a single Barnacle Goose of unknown origin. 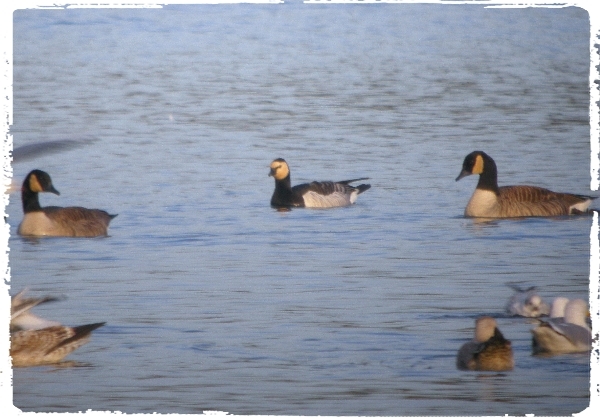 Also out there I counted 63 Wigeon, 31 Great Crested Grebes and 3 Common Pochard, near the causeway a number of Moorhens, Mallards and 4 species of gull were loafing around waiting to be fed by local people. 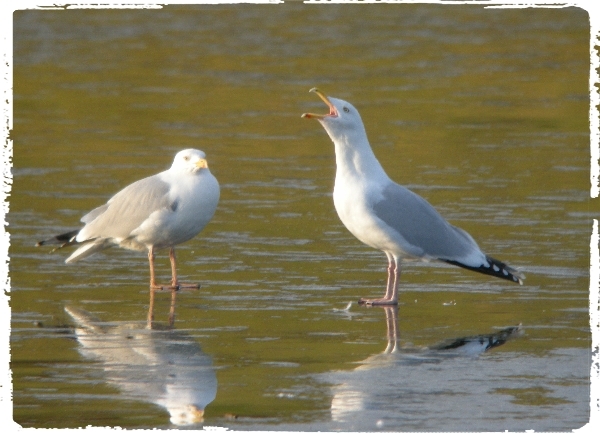 The western side of the causeway was frozen over and just a handful of gulls were standing on the ice. I noted Herring, Black-headed, Common and Lesser Black-backed Gulls. 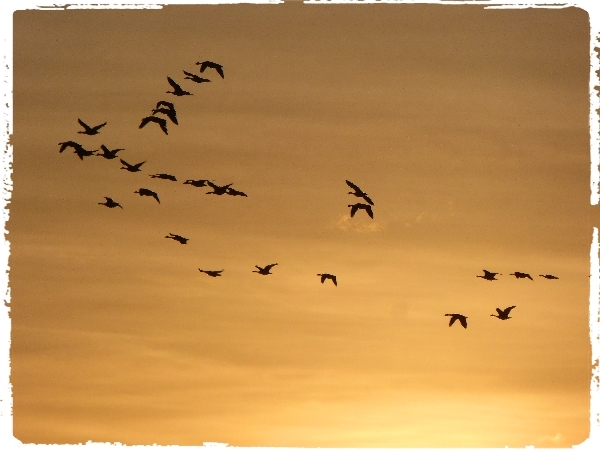 As the light began to fade more and more gulls came in, 90% were Black-headed Gulls and very few were Herring and Common Gulls. After scanning over 500 gulls several times I realised that I wasn't going to find a rarity today, it was also getting quite dull and cold as the sun went down, so I gave up and went home.