Our last day had arrived and we went out with a bang, we saw just under 80 species with several goodies and a couple of excellent sightings to finish off the trip.

Another early breakfast saw up and out before 8am we drove straight to Laguna Medina, which is just south of Jerez, making only one brief stop to look for White-rumped Swift, without success, at a nest site along the way. We noted Iberian Grey Shrike, Common Buzzard, Cattle Egrets, White Storks, Western Eurasian Jackdaws, Griffon Vultues and Crested Larks as we made our way to Jerez. 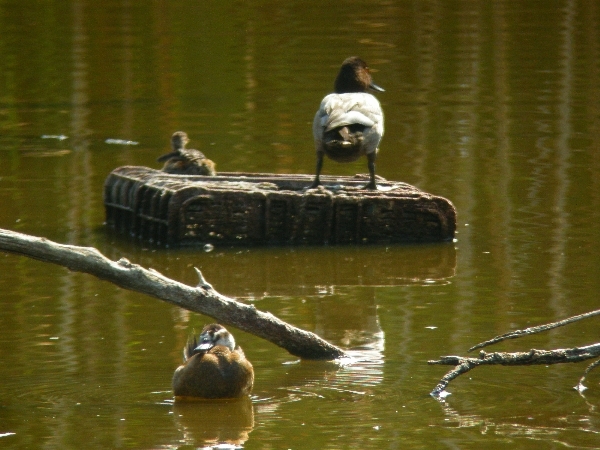 The water level was quite low at Laguna Medina a nice margin of mud provided a feeding area for waders and this is where we found a TEMMINCK'S STINT which is an excellent bird for Spain, luckily for us the bird was with 2 Little Stints so I could point out the differences. We saw more species there than I have in a long time and this was all due to the water level being so low. Other waders seen include; Ruff, Common and Green Sandpiper, Black-tailed Godwit, Ringed Plover, Pied Avocet, Black-winged Stilt and Dunlin. We also noted a few duck species but only Mallards were in good numbers, as were Eurasian Coots. Sixteen Eurasian Spoonbills joined Greater Flamingos, Shoveler, Gadwall, White Headed Duck, Great Crested and Little Grebes and Moorhen. Before we left we also noted Common Waxbill, Reed Warbler, Willow Warbler, Zitting Cisticola, Cetti's Warbler (heard) and Crested Lark.

We set off for Sanlucar passing a few dried up lagunas before stopping at a couple of deep ponds in the suburbs of Bonanza. Both ponds were full of birds our most noteable sightings were of Western Swamphen, Squacco Heron, White-headed Duck, Red-crested and Common Pochard, Great Cormorant and hundreds of both Cattle and Little Egrets. 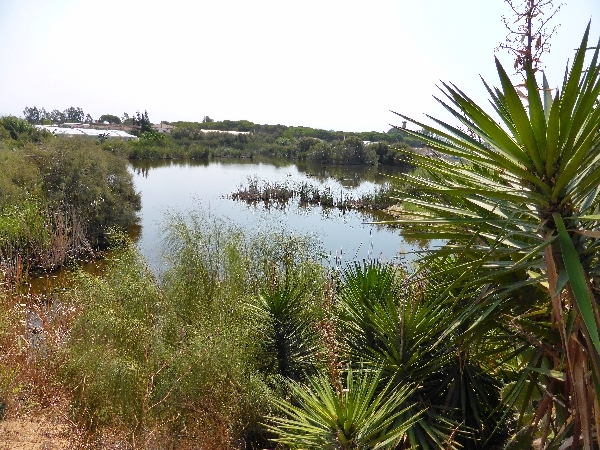 The Salt Pans were very disappointing, so much salt extraction was going on in many of the oans that birds were few and far between, I have never seen it so desolate and devoid of bird-life! We found a couple of pans which held Greater Flamingos and the sought-after Slender-billed Gull but very few waders. A Red Kite was the only raptor until we saw an Osprey as we were leaving.

Laguna Tarelo held too much water, very few islands were visible for roosting birds, however, on one island we saw 8 MARBLED DUCK, this lifted our spirits somewhat. A Night Heron roost held 51 birds and a single Squacco Heron sat with some Cattle Egrets. It was now the hottest part of the day, flies were annoying and the smell coming from the surrounding fields wasn't too pleasant so we left the area.

Thirty minutes later we were at the Marina on the sea front at Chipiona, we noted a couple of dozen Ruddy Turnstones sitting on the Jetty. We were here to look for LITTLE SWIFT, a colony of these rare African birds has been well established at the marina for a number of years. I showed my guests the actual nests, none of which were in active use at this time of the year. We scoured the sky above the marina and found one individual Little Swift, it was feeding not too far off the ground. Over the next hour we made several sightings of just individual birds (it may well have been just one bird!). We all got satisfactory views of it but no photographs. 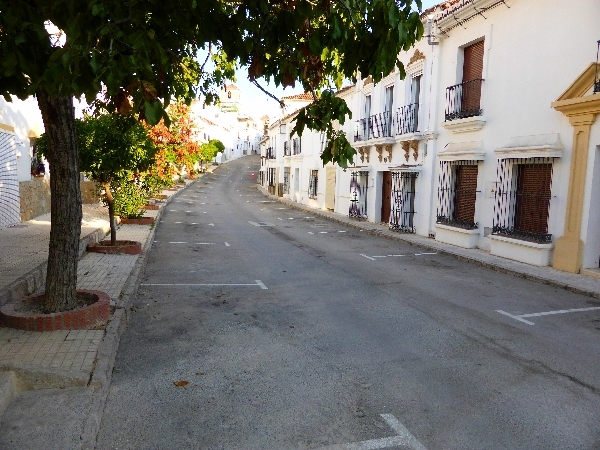 A very rare sight! My street in Gaucin devoid of people and cars - it must be the the Santa Nino Festival!

That concluded our birding for the trip, we drove back to Gaucin arriving around 7pm. Our bird-log revealed we had seen 79 Species today making a running total for the trip of 163, a good effort considering the very hot conditions. Tomorrow I return my guests to the airport and collect my next group for a second wonderful week of Migration in Spain.