WEATHER:  THE UNUSUALLY  HOT CONDITIONS CONTINUE -  WE HAD OUR HOTEST DAY YET, CLEAR SKY, NO WIND, MAX TEMP 35C

What a busy day! We drove inland to look for some woodland species and visited a wide range of habitats in the process. I have never known such a windless, perfectly calm day, the sea was like a mill-pond and the air was so clear I could scope across to Morocco and watch people walking around in the fields!

We visited Palmones first before we ventured inland. The light, the birds and the stillness made for some lovely photographic opportunities, we picked up several waders species, a few gulls, Common Kingfisher, a couple of Ospreys and lots of herons and storks. We scanned the salt marsh from both sides, that is, from Palmones Promenade and the raised hide on the Algeciras western side. 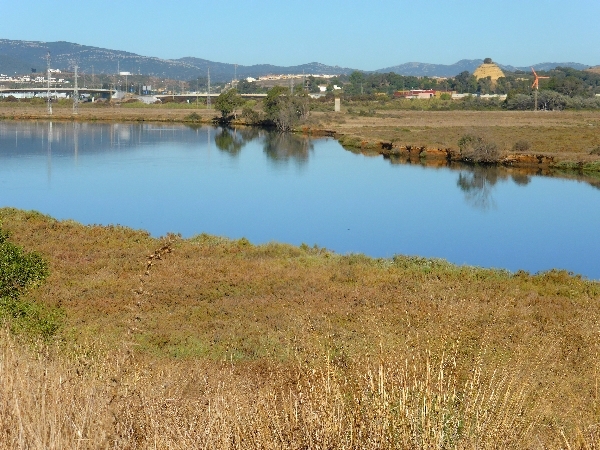 Rio Palmones looking from the hide, a flat calm surface

It was onto butterflies after that, we had two target species and I knew exactly where to find them. The Monarch and the Two-tailed Pasha gave themselves up easily, it was as though I had planted them in place! From the Monarch site we had a wonderful raptor passage,  flying  high over the top of us were:-  Honey Buzzards, Black Kites, Booted and Short-toed Eagles, a single Montagu's Harrier and lots of Griffon Vultures. 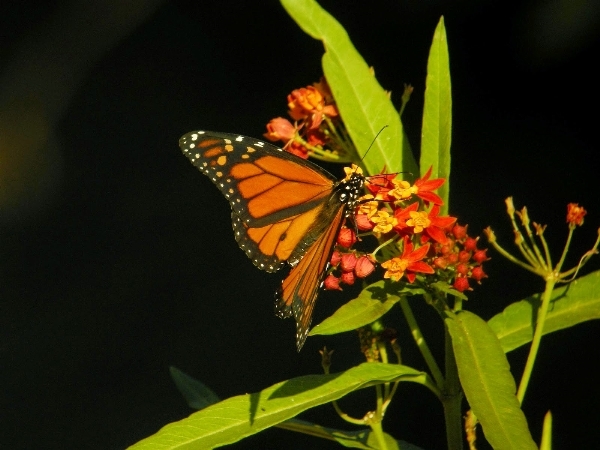 Monarch above and Two-tailed Pasha below (record shot) 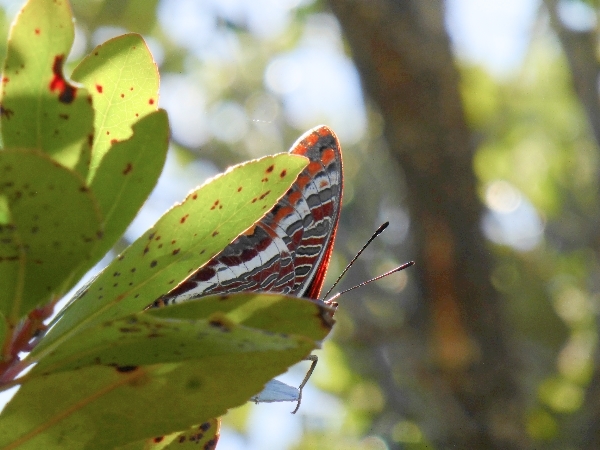 Our picnic lunch was consumed in the shade of some eucalytus trees at the Rio Hozgargante near Jimena, it was very hot by now. We watched Firecrests, Short-toed Treecreeper, Willow Warblers and Eurasian Chiffchaffs during our stay.

I have never seen the Marchenilla Track so devoid of birdlife, but I can understand why, it was 35C and not a whiff of air. The hardy Common Stonechat sat out loud and proud but that was all. 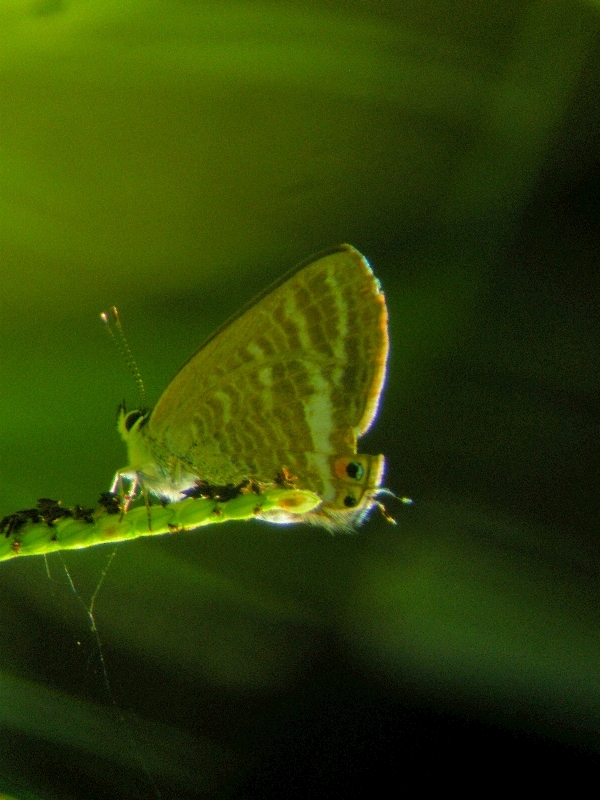 We fared a little better in San Enrique Woods as we watched both Pied and Spotted Flycatchers, Great Spotted Woodpecker and a few Willow Warblers.

Our most exciting birding of the day was without doubt the time we spent at Cazalla Raptor watch point. It was 5pm when we arrived, not a raptor in sight and only 8 birders present and that included 4 recorders! We were informed that we had just missed a couple of gems, thanks for that! We should have been there ten minutes ago, etc 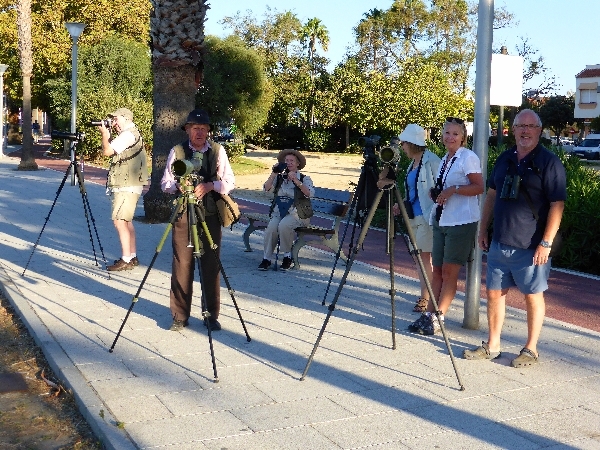 The group on the promenade at Palmones

After another 10 minutes, when all we saw was a couple of Black Kites, we were about to leave when one of the gems returned.......it was a SPANISH IMPERIAL EAGLE, wow! A juvenile bird put on a show for 15 minutes drifting around, what a super bird. In the meantime 4 Black Storks came over, a Marsh Harrier joined the Imperial Eagle and then another gem appeared........BONELLI'S EAGLE! Another juvenile, it also stayed in view for ages joined by a Honey Buzzard. A little later two or three very large flocks of Bee-eaters filled the sky along with a great number of swallows and martins. 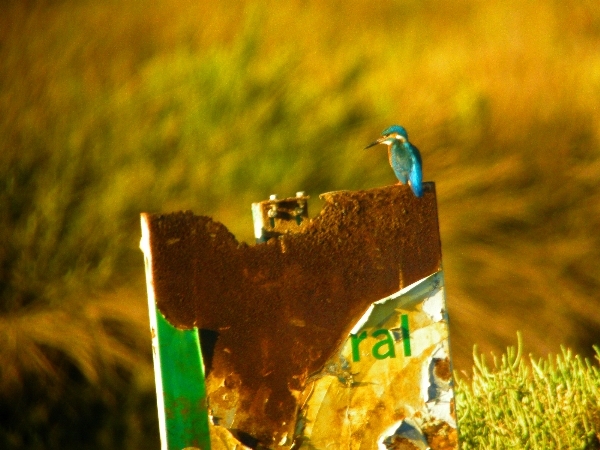 What a great way to end a birding day, other than an ice-cold beer on the hotel terrace, aaaaah! nectar.