A great start to this exciting migration tour in southern Spain over 60 species clocked up in our first afternoon.........

I collected Dave and Martin from Malaga Airport around 11:30am and we drove straight to a coffee shop! So it was after 12 noon when we finally started birding. We drove to the east side of the Guadalhorce Reserve where ample parking can be found right next to the beach and shallow pools. 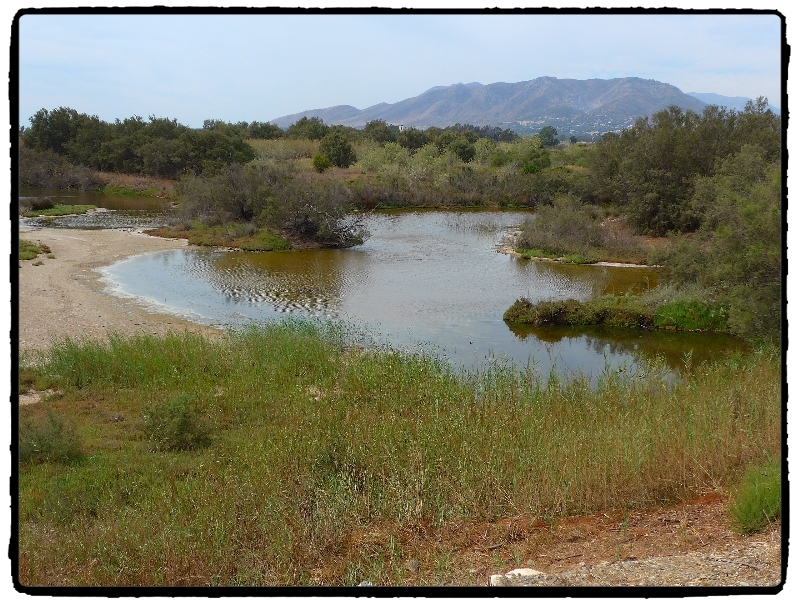 one of the lagunas at Guadalhorce

We quickly logged a collection of waders; both Greater and Little Ringed Plovers fed alongside Kentish Plovers, a single Little Stint and a single Ruddy Turstone. As we moved on a Northern Wheatear dashed across the pool in front of us and a single gull walked on the beach nearby, it turned out be an Audouin's Gull, fantastic. 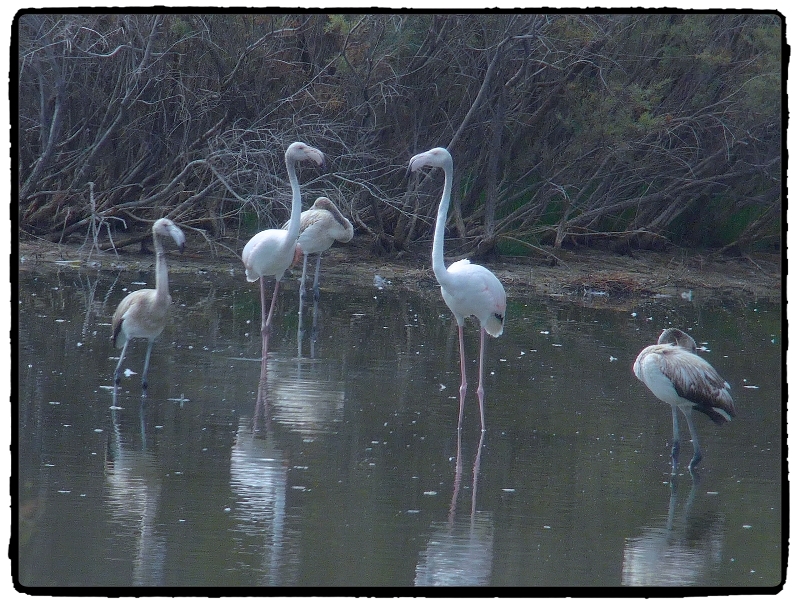 not so colourful Greater Flamingos

Our walk took us up and over an embankment and then across a small beach to a second embankment and causeway, as we crossed the beach we saw hundreds of gulls in a shallow pool, these were mainly Lesser Black-backed and Black-headed Gulls with a few Yellow-legged and Mediterranean Gulls.

The wader scrapes were easily scanned from our high position on the raised bank and over the next hour we logged; Common Redshank, Green, Common and Wood Sandpipers, more Ringed and Little Ringed Plovers, Black-winged Stilt, Common Kingfisher, Greater Flamingo and an Osprey. 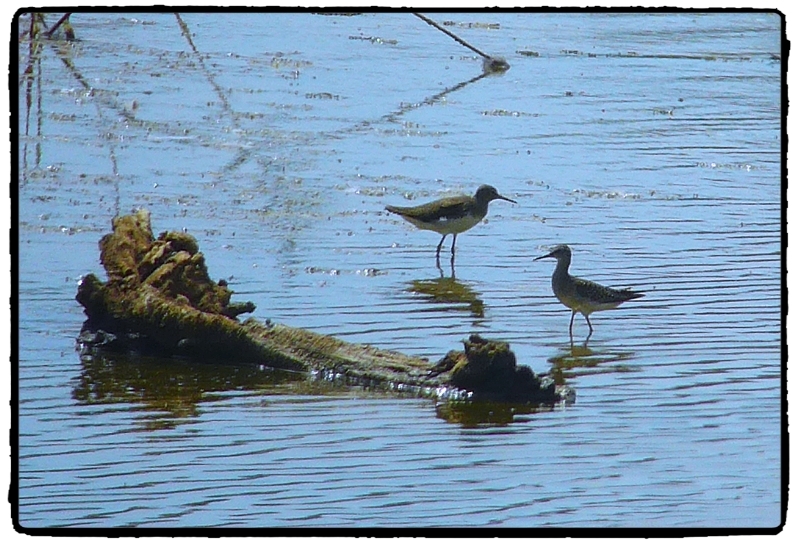 From the hide overlooking a large laguna we saw 14 White-headed Ducks, 3 Eurasian Teal, a single Gadwall as well as several Little Grebes, Common Coot, Common Moorhen and a couple of Sardinian Warblers. 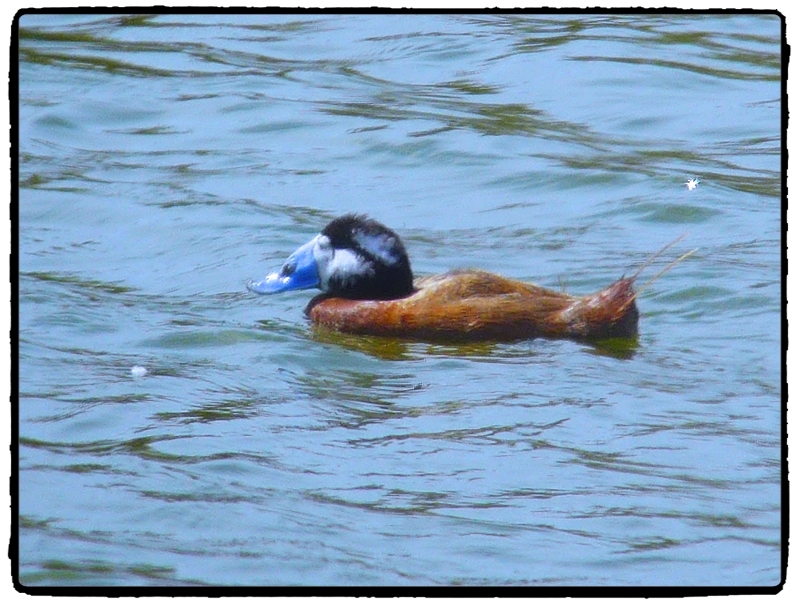 High up in the sky a number of Black Kites and Booted Eagles passed by and a distant Common Kestrel hovered over the marsh. As we returned to the car we found 6 Whimbrel near the beach and had much better views of Common Kingfisher and Little Egret. 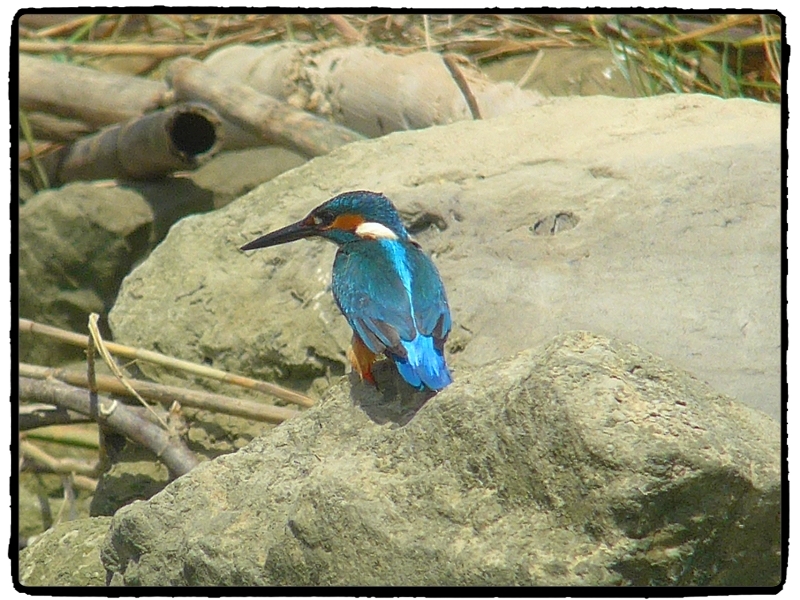 yet another picture of Common Kingfisher on my blog...........and why not?

From Guadalhorce we drove along the coast road towards Gibraltar and Algeciras, we stopped to buy food for lunch before stopping near Estepona at a local golf course to eat it. On and around the golf course we logged Eurasian Hoopoe (2), White Wagtail, Common Sandpiper and a good number of passing raptors including; Booted and Short-toed Eagles, Egyptian and Griffon Vultures, Black Kite and Montagu's Harrier. 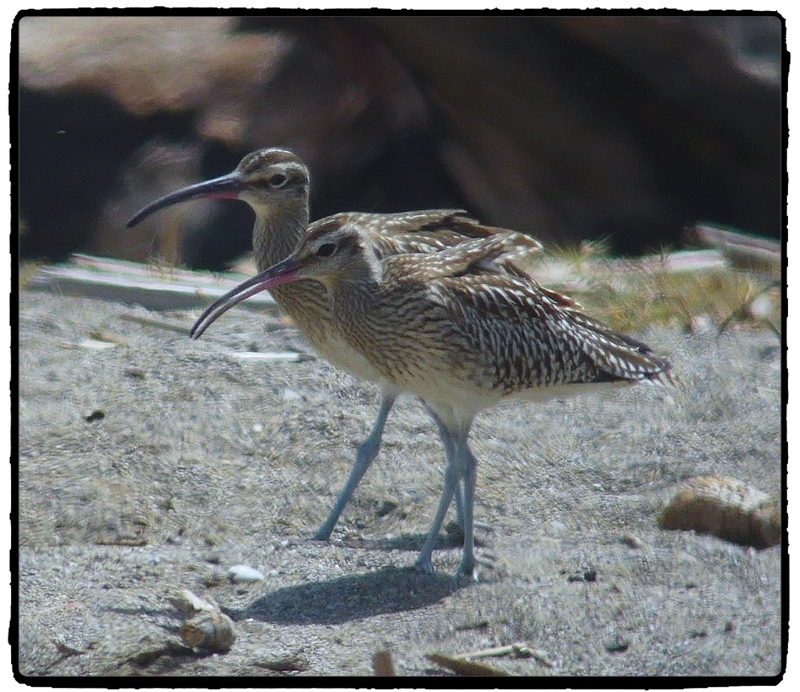 We arrived at our hotel near Tarifa at around 5pm where, after a short settling in period, we went for a short birding walk. This produced Raven overhead at the hotel, Zitting Cisticola, Common Stonechat, Greenfinch, a couple of Willow Warblers and lots of Cattle Egrets.

We called it a day at 7pm and got ready for dinner which was taken down the road at another hotel, we sat on the terrace as it got dark contemplating the days ahead of us. We had logged 61 species today, a wonderful start.