I keep saying this in my blogs, ‘we had a fantastic day’ but we did so I have to repeat myself! This was supposed to be our big numbers day, in years gone by we have seen over 100 species doing this itinerary, my record for this route is 106 species!

We were very lucky with the weather, the temperature stayed in lower 20’s and a cooling breeze kept us cool all day. We set off at the usual time of 8am, Cindy and Joe decided to take the day off so only 5 of us set off. Our first destination was just over an hour away at Laguna Medina near Jerez ad we made good time arriving before 9am.

Usually we record 30-40 species at this Laguna but today we had a shock, it was completely dry!! Not a drop of water and the surrounding scrub was almost completely devoid of birds because there was no insect life. We hardly saw a mosquito, butterfly or dragonfly. 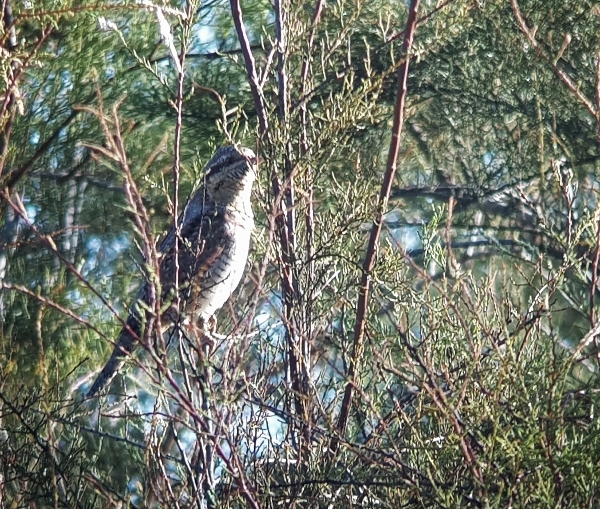 After walking to the second boardwalk we turned around and eaded back to the car, a Cetti’s Warbler sang out a few times and some Goldfinches and Greenfinches flew over us but there was not a lot to see. As we walked along the first boardwalk we noticed Common Stonechats, Linnets and Phil spotted a Wryneck sitting out in the morning sunshine, that livened things up a bit.

A bush covered in berries attracted a couple of Warblers, we saw Garden Warbler, Willow Warbler and Sardinian Warbler, whilst Phil found a Pied Flycatcher. A couple of mammals went on the list as we got back to the car park. A blind Rabbit (with myxamatosis) ran around the car park and a Brown Rat was feeding on berries in a bush.

We drove away disappointed and convinced our big numbers day had been ruined by the drought. Just a few hundred meters along the road as we approached the motorway we noticed a pool of water below us wit some birds in it. Scanning the pool with out scopes we discovered quite a few birds including 9 Stone Curlews! We listed our first Ruff of the trip as well as Green & Common Sandpipers, Little Ringed Plover, a Glossy Ibis, a couple of Mallards and Red-rumped Swallows were dashing about over the pool. 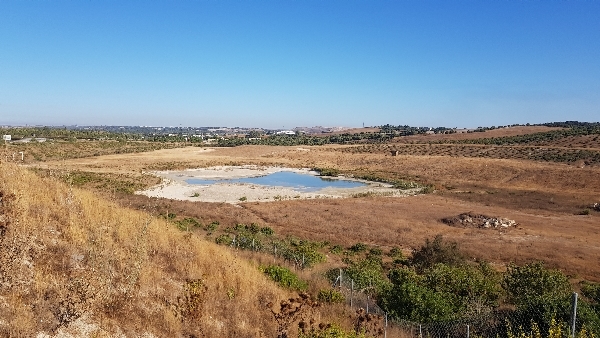 the small raodside pool we saw near Laguna Medina

To make up for our loss of species at Laguna Medina we popped into the Salt Pans at Santa Maria, It was very dusty along the track were we stopped to watch a couple of Hoopoes feeding on the thistle heads, we assumed they were prising out insects using their long bills. 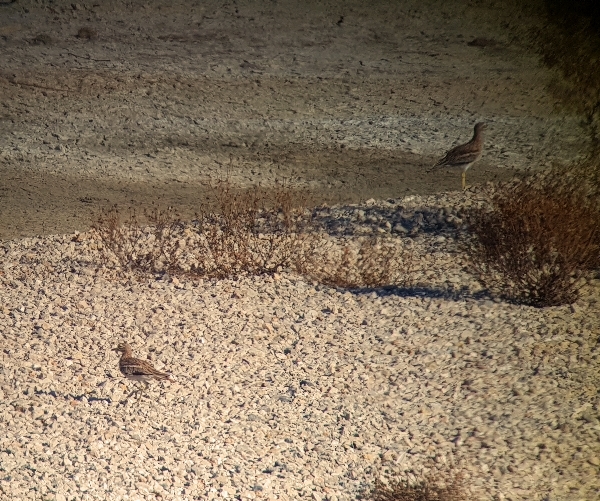 It was difficult birding at the these pans because most of the birds were very distant, we saw Zitting Cisticolas along the verges of the track and many, many Gulls, Yellow-legged, LBB, Black-headed and a few Mediterranean Gulls. Cattle & Little Egrets, Grey Heron, White Storks, Glossy Ibis, Eurasian Spoonbills and Greater Flamingos. 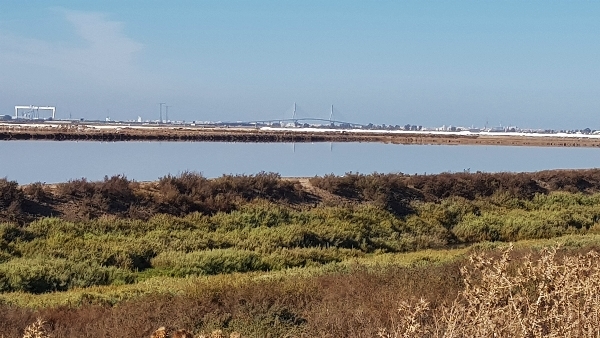 A few waders were identified such as Dunlin, Redshank, Common Sandpipers, Black-winged Stilts and not a lot else. We didn’t stay long and as we drove off we noted Common Buzzard and Marsh Harrier.

Our next destination was the pools in Bonanza, we knew from recent reports that there still water in them, so after stopping for lunch supplies in Sanlucar de Barrameda we arrived around 12 noon at the first of three pools. This pool had very little water but a lot of birds, we saw Green and Common Sandpipers, Sanderling, Little and Common Ringed Plovers, Moorhen, Eurasian Coot, Glossy Ibis, Greylag Geese, Little Egret, Yellow Wagtails, Kingfisher and to our great delight we found two Temminck’s Stints and a mystery bird which confused us for quite a while and probably was an aberrant Dunlin. 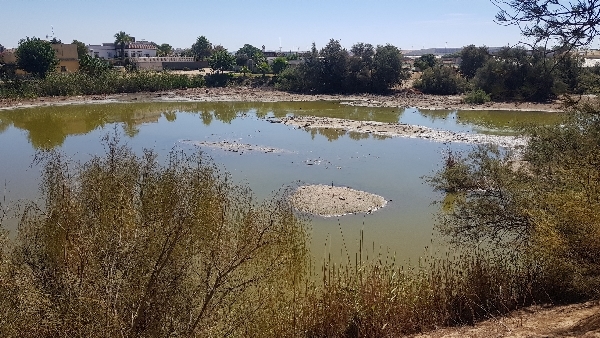 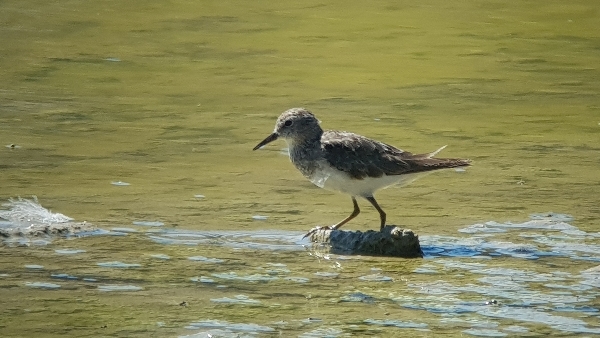 We ate our lunch as another group of birders arrived, they found a Purple Swamphen which we were grateful for and we showed them the Temminck’s in reply! The second pool had more water and more birds. We added Tufted Duck, White-headed Duck, Common Pochard and saw many more Little Ringed Plovers. 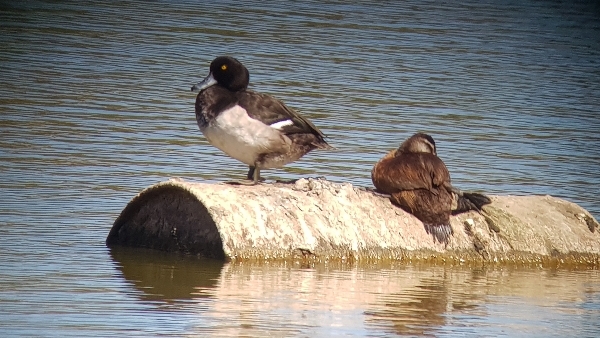 Tufted Duck and White-headed Duck at pool No. 2

The third pool gave us plenty to talk about and provided our best sightings, it was much bigger and ad a lot of birds on it. We quickly found the Red-knobbed Coot that we had been looking for, it was distant but it was there! We saw some Night Herons in the scrub and a Squacco Heron in the reeds. Lots of White-Headed Ducks, Glossy Ibis, Little & Cattle Egrets and Grey erons were present as well as a multitude of Little Grebes. Sifting through the Grebes produced a Black-necked Grebe and we saw a couple of Kingfishers. 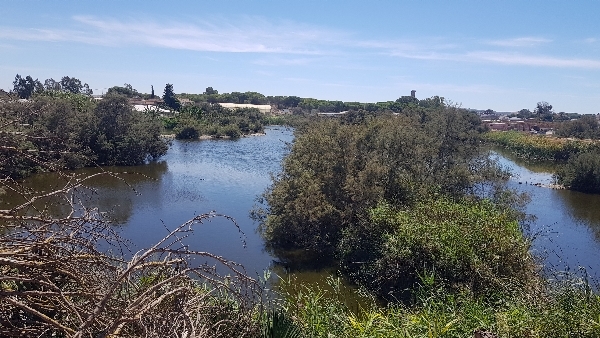 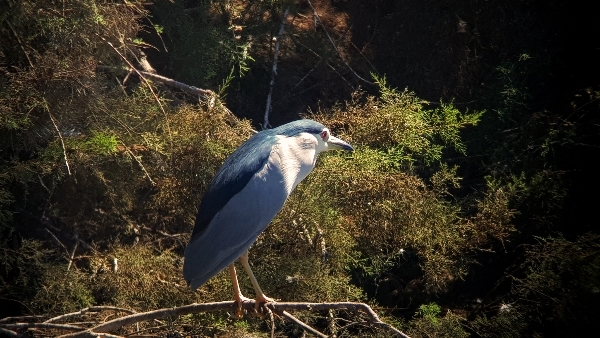 one of the few Night Herons at Pool 3 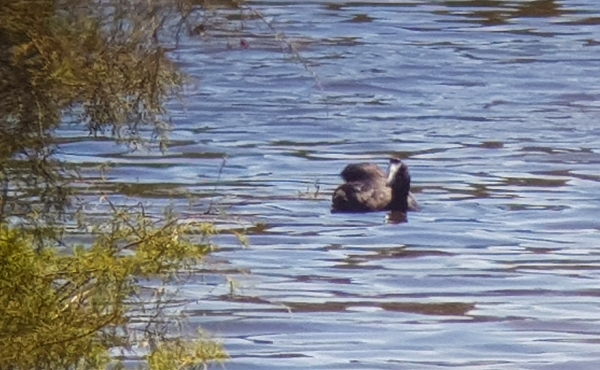 a record shot of the distant Red-knobbed Coot

Our main destination was the Bonanza Salt Pans, I always enjoy my visit to this wonderful birdy place. We spent two hour there and listed lots of species and ad an unexpected long walk when we found a locked gate on the track to the pumping station!

Dunlin, Sanderling, Curlew Sandpipers, Little Stints, Black-winged Stilts, Redshank, Greenshank and a Spotted Redshank was a nice surprise. The Slender-billed Gull was our most wanted species and they were in abundance. Along the track we noted a Red Kite drifting over and at the pumping station, after a long walk, we added Black and Bar-tailed Godwits, Avocet, Ruff, a Common Tern and another great species was found, Lesser Short-toed Lark, we saw four or five of them near the pumping station. The number of Greater Flamingos was staggering and as we walked to the pumping station we saw a juvenile Montagu’s Harrier fly over us. 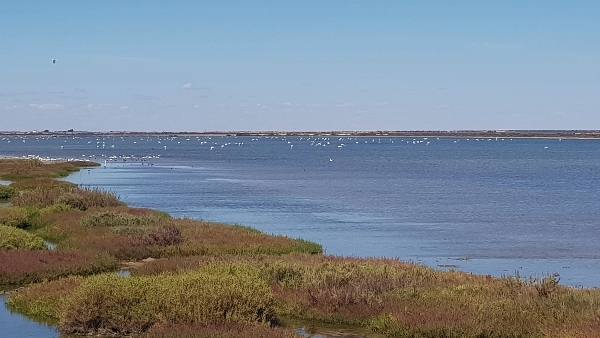 Our last port of call in the Bonanza area was the large Laguna Tarelo, there we hoped to see Marbled Duck but apart from a couple of hundred Shoveler and dozens of Little Grebes we saw little else. A few White-headed Ducks, a single Common Pochard, lots of Mallards and a single Eurasian Teal. 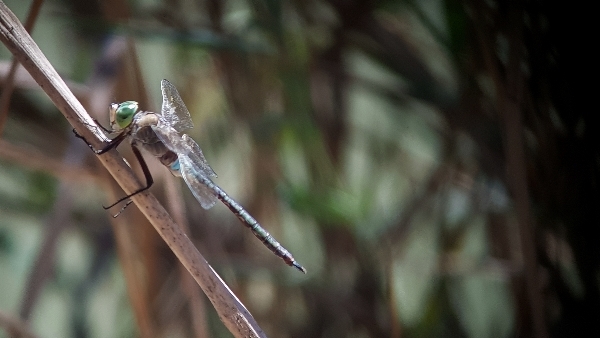 Our first Lesser Emperor of the trip

Time was running out it was now 5pm and we had one more stop to make which was a 30 minute drive away at Chipiona. We arrived after just 20 minutes (the wonders of SAT NAV) and parked near the marina, our target bird was the Little Swift, a colony of these African birds has been established for many years at this place.

We quickly found a single bird as it flew down to its nest, then four or five other birds flew around and gave excellent views, what a great show and what a great bird to finish our big day. We saw 87 species, which was so bad afterall. 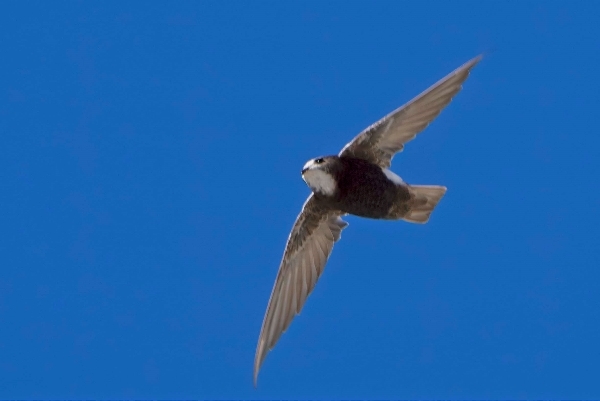