After yesterday’s long day we had a local short day today, our tally is over 160 and so there are not many species that we could add to that. One species that would be nice to see is the Rufous Bush Robin and a track on the Bolonia Road is a good place to see them. Unfortunately for us as we drove the few kilometers to the Bolonia road we drove into thick sea mist, and the first 20 minutes of our walk was birdless because we couldn’t see a thing!! The mist cleared and soon we were logging a few species, not many! 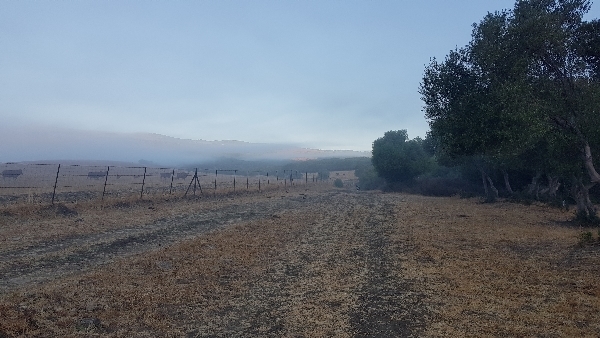 the misty track as the fog cleared

We saw lots of House Sparrows, Spotless Starlings, Collared Doves, Corn Buntings and Stonecats. The odd Sardinian Warbler popped up, a few Crested Larks twittered around us and Goldfinches flew over. A Woodchat Shrike appeared briefly and not much else sowed, we were followed by a dog during the entire walk and we were surrounded by cattle with long horns, which put us all on edge. 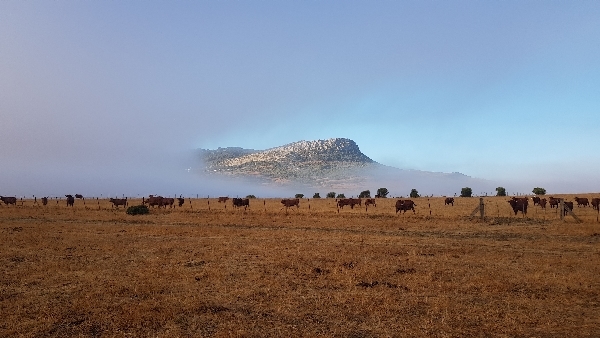 the cattle. the clouds and a mountain view 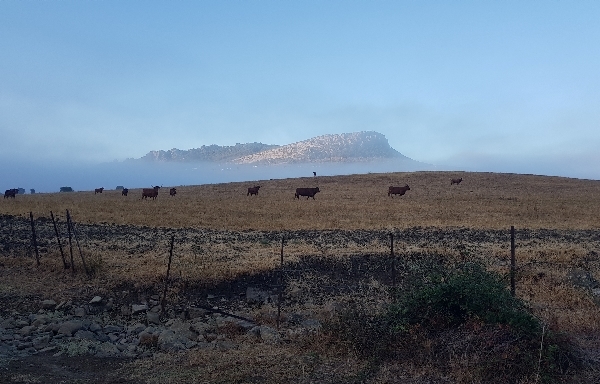 From the track we drove into Tarifa and took a side road towards the raptor watch-point on the edge of the cliffs just east of the town, called El Trafico. Before we got there we stopped for a walk along a wooded track to look for passerine migrants. It was a pleasant walk with lots to see, many Spotted Flycatchers were on show we also saw the odd Blackcap, Willow Warbler and Sardinian Warbler. In the open scrub areas we saw Swallows and our first Sand Martins and then luckily we found a Western Orphean Warbler, another first for the trip. 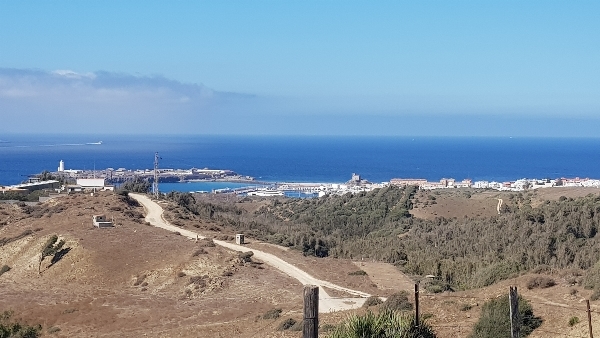 the view from El Trafico view point looking down to Tarifa

The raptor watch-point was more or less devoid of birders and raptors, we found a Tawny Pipit on the cliff slopes and a few Cory’s Shearwaters out to sea. A few eagles started to appear, Booted and Short-toed, but they we much further east and just dots in the sky. We watched a few Eurasian Sparrowhawks and Black Kites but they were few are far between. Driving much further along the track we found a site much closer to the migrating raptors and we enjoyed a couple of hours of excellent raptor watching. 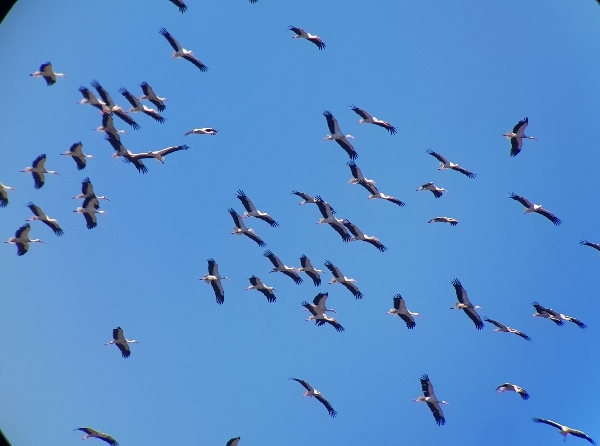 sixty or so of the 600 White Storks we saw

Some of the birds were really close and we had excellent views. At times we had had a swirling mass of birds over us, not hundreds but dozens. We watched Booted & Short-toed Eagles, Black Kites, Eurasian Sparrowhawks, Griffon and Egyptian Vultures but no Honey Buzzards!! A couple of really good sightings was of a group of 10 Egyptian Vultures of all ages and colours and then the .’piéce de résistance’ came along. A group of 500-600 White Storks came swirling right over us, turning in the sunlight giving a real show, it was magical. 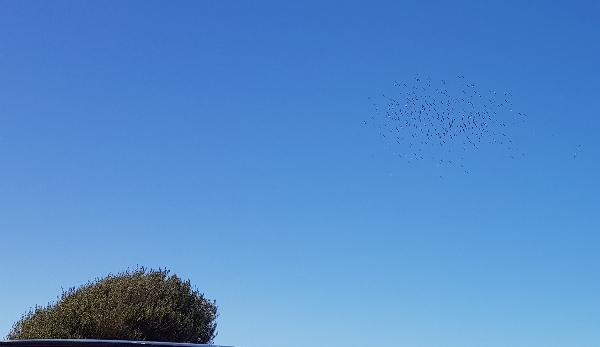 a very distant flock of Storks migrating across to Morocco - can you find them?

After that we drove into town to visit a supermarket to buy a late lunch and for the rest of the afternoon we visited a couple of sites in the Ojen, once again we looked for migrant warblers. Our first stop was very productive we found a wooded area full of flycatchers and warblers! In just one small area we found a dozen Spotted Flycatchers, a few Pied Flycatchers, Common Redstarts, Willow Warblers, Garden Warbler, Woodchat Shrike and Hoopoes. We missed a lot of birds because of the thick foliage of the trees. 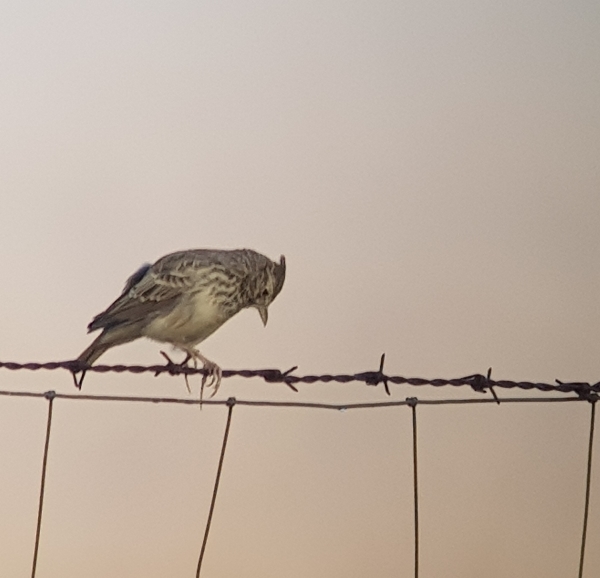 A Crested Lark seen this morning

Our second stop was supposed to be the large Embalse (reservoir) Almodovar but when we got to the approach track we found it closed due to road-works!! It was too hot to walk a mile up to the reservoir so we walked just a little way. We saw very little, we scoured the sky for swifts (White-rumped Swifts breed in the area). We did see a few Sardinian Warblers and Phil saw some Red-legged Partridges but it was very quiet out there. We added a dragonfly to our list, Epaulet Skimmer, we also saw a few butterflies. We called it a day around 4:30pm and headed back to the hotel for an early showers, we needed a rest and a cold drink.