Weather: wall to wall sunshine, temperature around 27C still a bit too windy for my liking but good for raptor watching.

We had a cracking day today, the raptors performed admirably, it was a real crowd pleasing raptor-watch. We took breakfast at 7am in the dark and left the hotel just as it was getting proper light at 8am. We drove back toward Algerciras and into cloudy conditions, low cloud covered the hills, it did not look too promising for sky-watching. 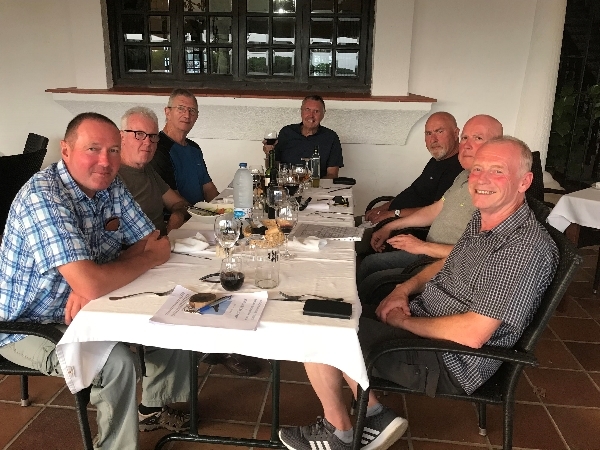 At dinner last night the  "the Magnificent 7 return"

We completely changed our minds after an excellent first hour, birds were coming at us from every direction and over a 3 hour period my group were dumb-struck by the numbers of birds flying over. 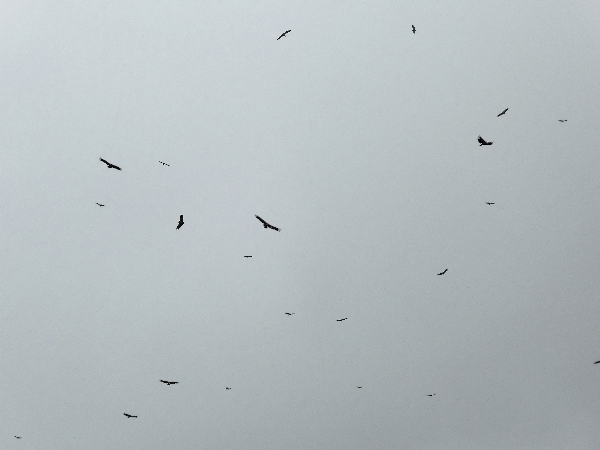 Here is a summary of the sightings during that first part of the day: 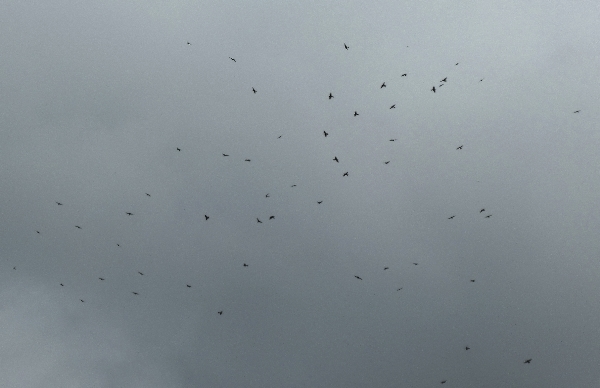 one of the flocks of Bee-eaters

At time the cloud lifted and we could see lots of Honey Buzzards very high up, we knew that they were they passing over but now we had proof of it. The Bee-eaters came over in groups of 20-70 and one great sighting was of 27 Egyptian Vultures perched in a single tree. 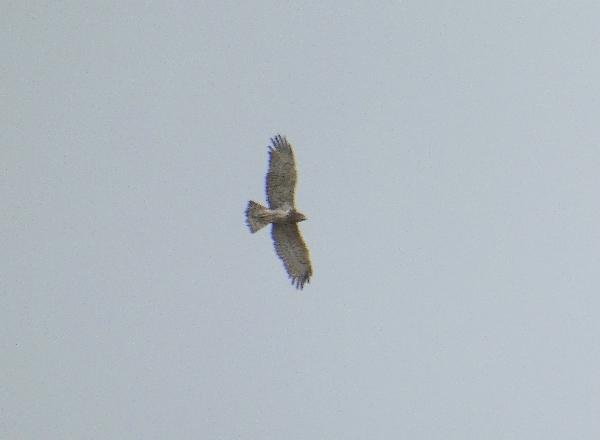 By 11:30am our necks were aching and the bird numbers started to drop off so we decided to move on. Our first stop was just 2 kilometers along the road back towards Tarifa at a little natural park called Bujero.

We were hoping for a lot of migrant passerines, what we saw was several nice resident birds and a few migrants. Crested Tit, Short-toed Treecreeper, Eurasian Nuthatch and Spotted Flkycatcher, Common Redstart (a nice male), Willow Warbler and Eurasian Chiffchaff. We also saw Monarch, Meadow Brown and Clouded Yellow Butterflies. 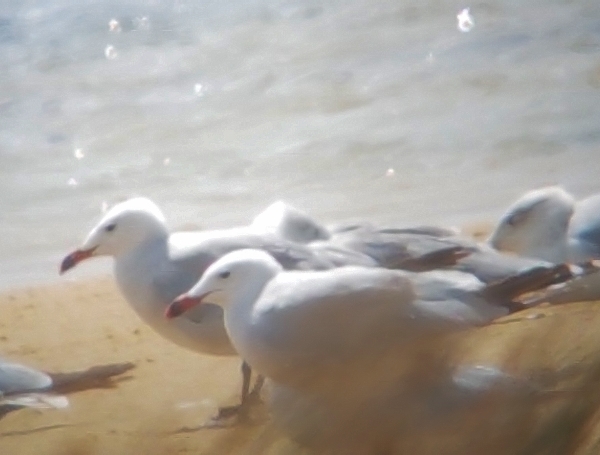 On the grass fields behind the beach we found a small number of Greater Short-toed Larks, Crested Larks and in the distant fields large flock of Cattle Egrets.

The rest of the afternoon was spent at La Janda, it is not the best time to visit as the rice field are being drained this month, which means that all the channels were full of water and the fields were almost dry. However, we enjoyed seeing a good number of species. 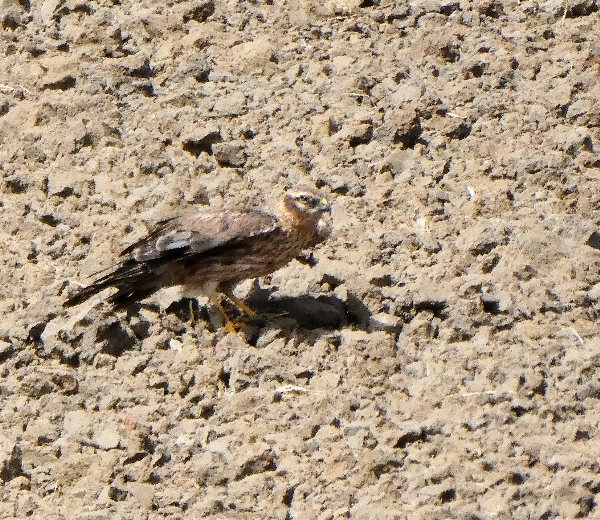 one of the first 8 Montagu's Harriers 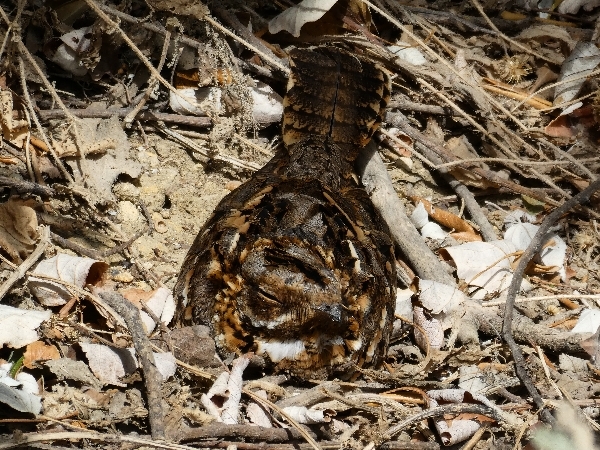 Our best bird of the day of the day was Red-necked Nightjar, we saw two them in the usual roost site, a fantastic bird and one that “blew my group away”.

Leaving La Janda via a different route we stopped to scan a group of Common Coots and logged a single Gull-billed Tern. Many more White Storks and Glossy Ibis were recorded before we left the area and went back to the hotel.