A much more relaxed day and no mind-blowing numbers of bird sightings to contemplate. We set off at our usual time of 8am and drove straight to the port at Tarifa and after parking (yes we actually found a space) we took a stroll along the causeway that connect Tarifa Town to Tarifa Island, this is supposed to be where the Mediterranean ends and the Atlantic begins. 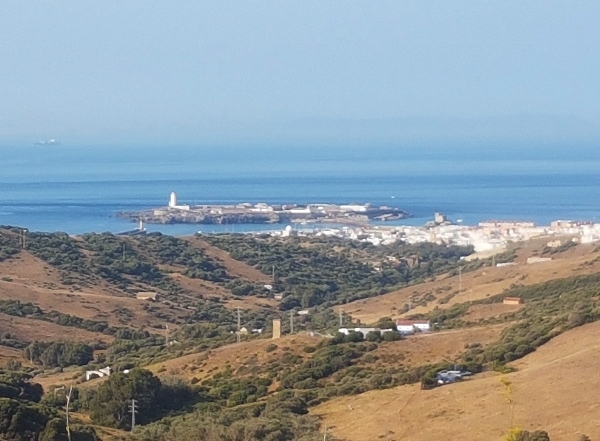 A view of Tarifa Island with the causeway we walked along

So we scanned the beaches and what sea-cape was available logging several species both close in and very far off the shore. There were Sanderling, Greater Ringed Plover and a Dunlin feeding along the beach shoreline with many of the common gulls flitting about.

Out at sea we managed to find a steady stream of Cory’s Shearwaters and a small group of four Balearic Shearwaters, a few Sandwich Terns were also noted. 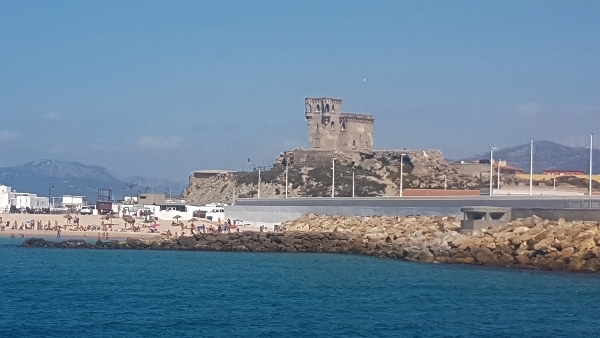 After picking up our tickets for the forthcoming pelagic trip we had time to kill, so we drove out of town to the Cazalla Raptor Watch-point. The morning light was superb, the wind was just enough to keep us cool, but the birding was very quiet. After the heady-heights of the last few days it was quite chilling to see an almost empty sky. We did find about 30 Short-toed Eagles, a few Booted Eagles, a couple of Black Kites, several Egyptian Vultures and plenty of Griffon Vultures. Oh, and two Honey Buzzards turned up too!!

We heard later in the day that hundreds of Honey Buzzards had passed over Algorrobo Watch Point this morning and that 10,000 we recorded yesterday, wow!! 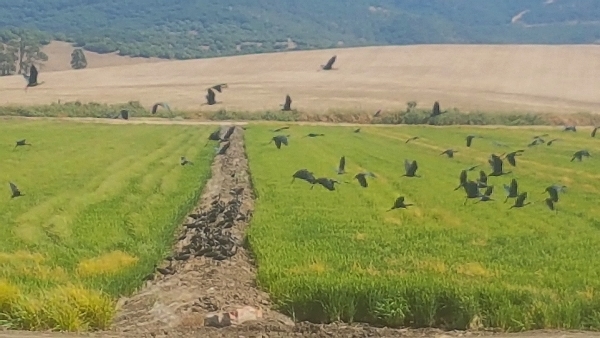 We drove back into Tarifa and parked in an official carpark near the old town wall, we had a little time to look around for the Common Bulbul which now breeds there but all we got was Cetti’s Warbler (H), Pallid Swift, Willow Warbler, Sardinian Warbler and not much else.

other ships and 130 other people on board our vessel. We quickly picked up Cory’s Shearwaters, one or two came very close to the boat which was nice, a couple of Northern Gannets and a flock of 20+ Black Terns were the birding highlights. 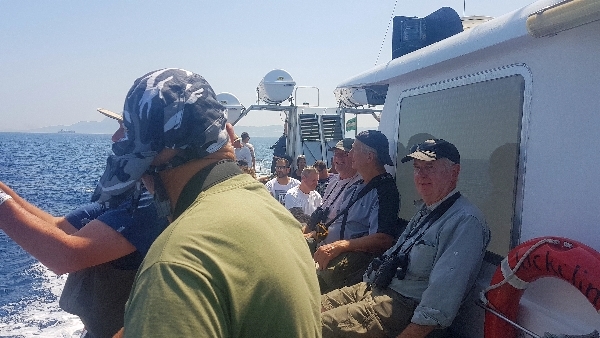 on Board the Whale Watching Boat

It was the cetaceans that stole the show, we saw many pods of Striped and Bottle-nosed Dolphins and we got very close to small groups of Pilot Whales. We also saw Sunfish, Flying Fish and Yellow-finned Tuna.

We did see a number of Short-toed Eagles on the way back but that was the only raptor passage we saw. Nevertheless, the group really enjoyed the ‘voyage’ and were very happy with the sightings. 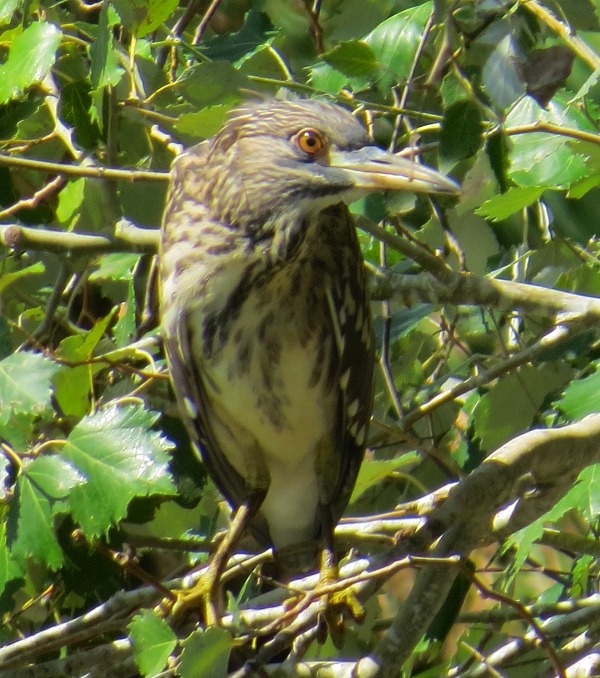 For the afternoon we visited the Golf Complex at Montenmedio and then we drove onto La Janda. At the Golf Complex we added Iberian Green Woodpecker to our list and then at La Janda a few more species we added. Purple Swamphen was new for us but only one of the group saw it. A few species we seen well by all the group which hadn’t been seen by many of us before today. Spanish Sparrow, Black-crowned Night Heron, Common Whitethroat and Green Sandpiper.

We ended the trip at 6pm, we were all tired and welcomed an early night.