It was a nice contrast today, not much travel and far fewer species to contemplate, a much more of a relaxed day.

The trip to Gibraltar went really well except that the Bird Ringing Station wasn’t manned, so we never saw a single bird-in-the-hand! In fact, the area around the ringing station was devoid of bird-life altogether. We did see a bunch of Barbary Partridges on the way up which we photographed from the bus but apart from that we saw no other passerines. Whilst in the car park we noted dozens of Black Kites circling over the ‘Rock’  and within a few minutes over 100 had passed over. 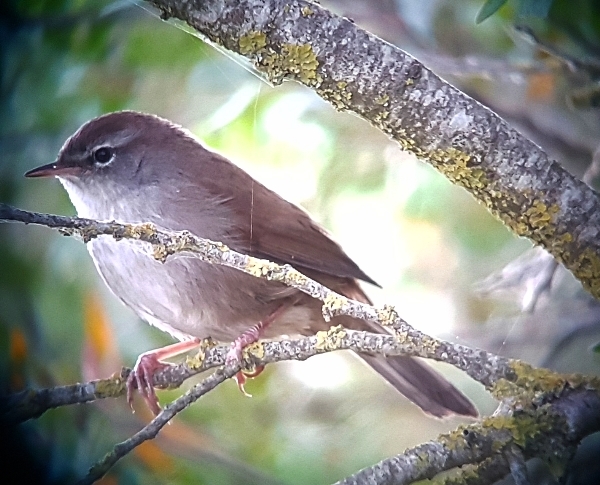 This is the Cetti's Warbler from yesterday

Down at Europa Point we enjoyed the views across to Morocco and of the ‘Rock’ itself. We noted Pallid Swifts, a couple of European Shags, a few Cory’s Shearwaters and a Northern Gannet. It was there that we saw our first Honey Buzzards of the day. They came from the east across the sea and headed straight for the ‘Rock’ to try to gain height from the updraft of the warm air, many were low as they approached us. A few came over our heads not more than 15 meters above us giving us incredible views. 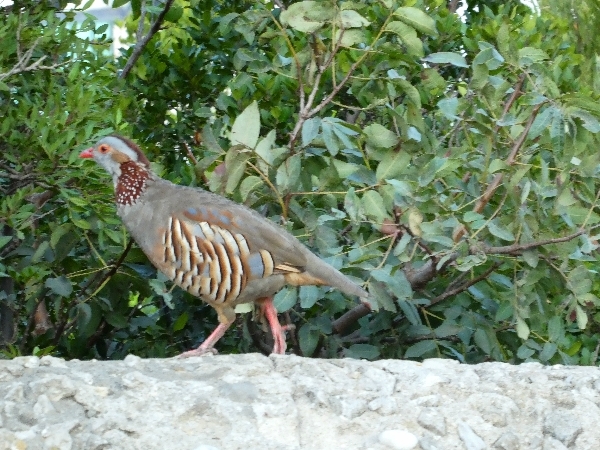 We found a perched Peregrine Falcon and all the time we watched it a steady trickle of Honey Buzzards, laced with Booted & Short-toed Eagles, continued to pass over. For the next hour it continued, we drove round to east side where we had stupendous views of the mountainside and even more ‘kettles’ of raptors.

Approximately 300 Honey Buzzards came over but I’m sure many more continued to pass after we had gone. We listed our first Blue Rock Thrush just before we left Gibraltar. 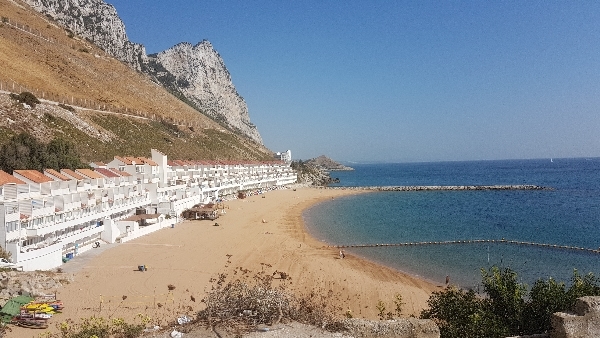 East side, has the only beach on Gibraltar

It was lunchtime as we pulled up in the pine woodland called Pinar del Rey and even before we had cracked open our hard-boiled eggs the ‘boys’ were finding birds. During our stay there we found Eurasian Jay, Crested Tit, Firecrest, Short-toed Treecreeper, Great-spotted Woodpecker  and a few common species. 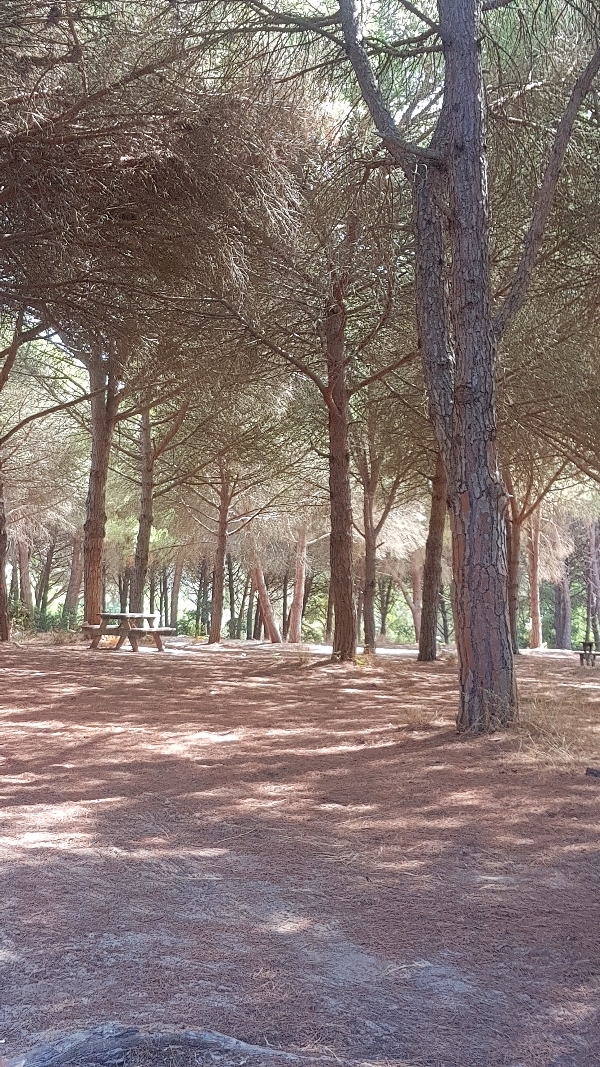 The Castillo de Castellar was our next destination but we made a brief detour along the way to visit the Rio Guadarranque and the dam near it. We watched Monarch Butterflies at the river before driving to the dam where we had views of  Two-tailed Pasha butterflies, we saw at least three of them. What a fantastic beast, they become very aggressive if you approach their ‘host’   Strawberry Tree and will swoop down towards you! 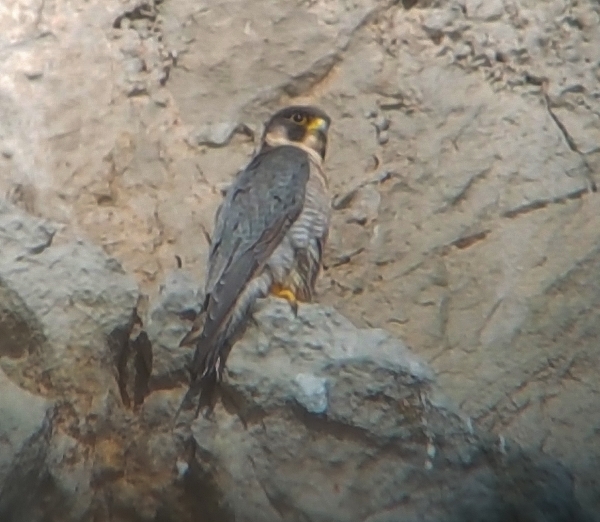 We spent a couple of hours at the Castillo de Castellar hoping for a sighting of White-rumped Swift without success. We enjoyed watching Crag Martins, House Martins, Barn Swallows and a single Common Swift. Many raptors came over, all of the usual crowd, nothing new and exciting. 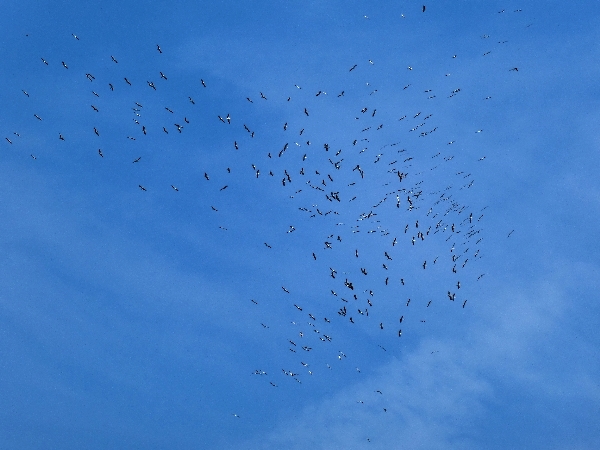 For the last two hours we spent our time straining our necks at the two most popular raptor watch-points, Algorrobo & Cazalla. At the former many birds came over at a very great height including Alpine Swifts, Ospreys (3), Honey Buzzards, Black Kites and a huge flock of White Storks (300+). Also, a flock of 40+ Bee-eaters came over. 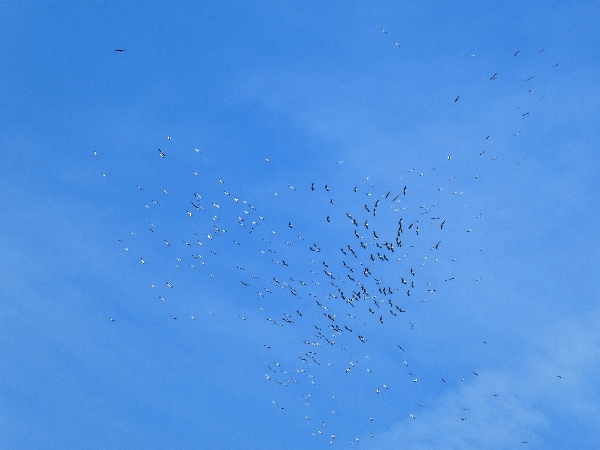 At Cazalla it was very quiet with much smaller numbers passing over. We did find a few Griffon Vultures feeding on the carcass of a cow. Apparently, yesterday, a Ruppell’s Vulture was visiting the carcass to feed, “should have been here yesterday” don’t you just hate to hear that?

We left at 5pm and had an early night, our bird count now stands at 157, we are heading for a very reasonable score of 170 for the trip!