WEATHER:  Wall to wall cloud! Heavy thunderstorms throughout the day with strong downpours at times.

Our last day had arrived and we never had much birding time available, besides that, the weather forecast was abysmal.

We managed to miss the rain during our post-breakfast walk along the Los Lances beach but we could see really dark clouds gathering to the east. In the car park of the hotel we listed Raven, Spotless Starling and Common Swift. We noted a Short-toed Eagle, a Booted Eagle and large numbers of Cattle Egrets along the way to the beach. 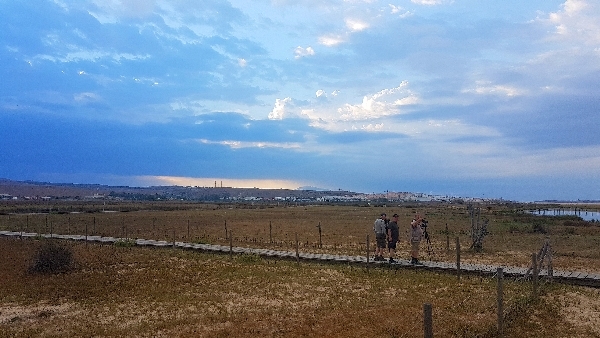 On the grass meadows behind the beach we found a dozen or so of Yellow Wagtails, they were feeding below the horses as they do. We also found Crested Lark and our very first Skylark of the trip. A few migrants flitted in the bushes along the approach track to the beach, Common Whitethroat, Common Redstart, Subalpine Warbler and a Whinchat were found.

On the beach pools we found many waders, mostly Sanderling, Dunlin, Ringed and Kentish Plovers, they were joined by a single Bar-tailed Godwit, a Common Kingfisher and 13 Audouin’s Gulls. Out at sea we watched Cory’s Shearwaters and a single Honey Buzzard circled overhead on non-existent thermals. 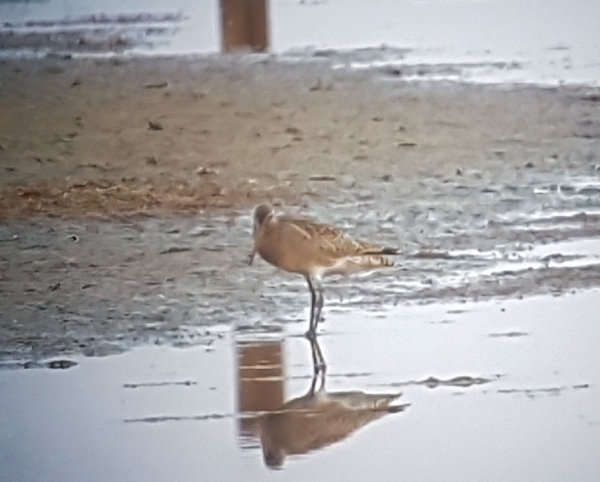 It took two hours to get to Malaga because we made 3 short stops along the way, I dropped Fred and Joe at the airport terminal and took the rest of the group to the nature reserve at Guadalmar. A Pacific Golden Plover had been present for almost a month and the chances of it still being there were good. Three of us set off whilst two others remained with the vehicle for security reasons. We walked the length and breadth of the reserve starting with the most likely place for the Plover which happened to be the furthest pool away from the bus. 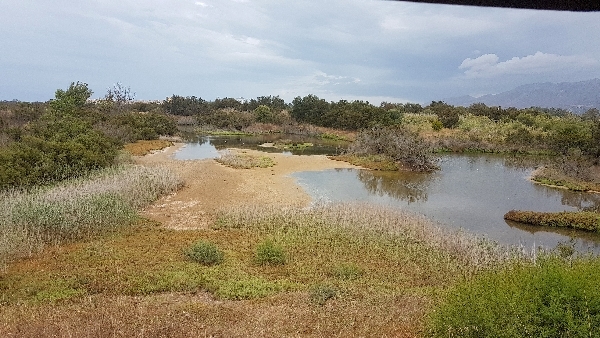 Looking from one of the hides at Desembocadura de Guadalhorce 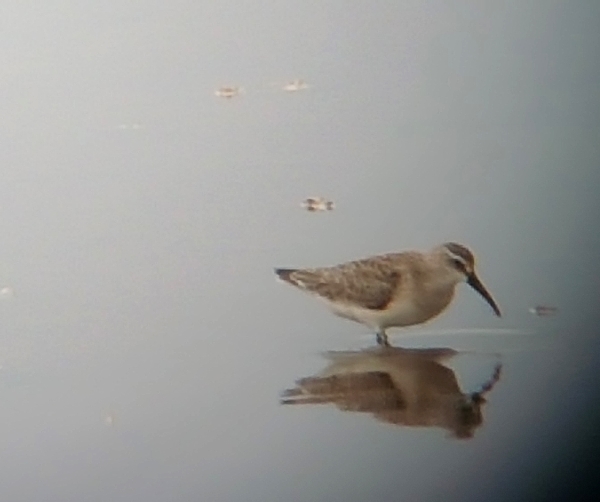 record shot of a Curlew Sandpiper

Other species found were Grey Heron, Northern Shoveler, Black-crowned Night Heron, Common Sandpiper and Little Grebe. It wasn’t until we reached Laguna Grande which was the nearest to the bus that we found our target bird, PACIFIC GOLDEN PLOVER,  what a great bird to end the trip with and to take our total to 172 equalling my record for this particular tour. Two Grey Plovers also appeared as we were watching the golden one.

Mervyn went back to swap places with the bus-keepers, I left Guy to keep an eye on the Plover whilst I meet the other two participants, Barry and John on their way from the bus. By the time we reached La Laguna Grande Guy had lost sight of the bird. In fact it was never was seen again by any of us.

The trip was finally over, Marbled Duck was voted bird of the trip with the Red-necked Nightjar coming a close second. The White Stork’s  ‘balletic’ display also received a vote or two along with Honey Buzzard (Guy).