Today we set off back towards the coast we intended to stop half way for one night at Tendaba Camp but before we arrived there we planned a long stop at Jakhally Rice Fields and several shorter stops.

We left our Camp on Georgetown Island crossed the river to the south bank, after a few kilometers we pulled over and took a short walk into open woodlands. It was alive with birds with plenty to see and hear. We quickly built up an impressive list but none of them were new for the trip. A Scarlet-chested Sunbird sat out in the morning sun, we also saw Pygmy Sunbirds at close range. The trees held plenty of glossy starlings, African Grey Hornbills, we saw a Scimitarbill, Bruce’s Green Pigeon, Abyssinian Rollers, lots of weavers and both Wahlberg’s Eagle and Harrier Hawk. 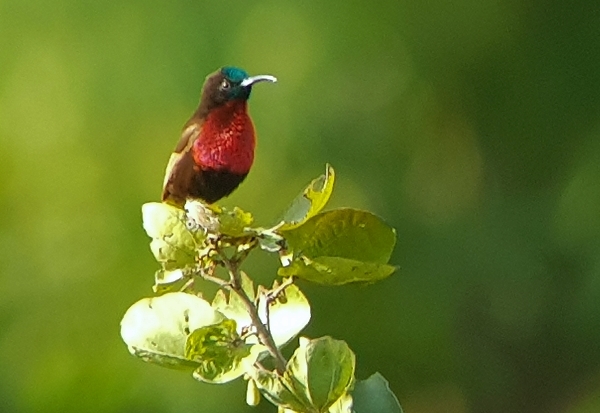 The highlight of the day was our visit to Jakhally Rice Fields I have always had good there and today was no exception. We had several target species, not all of them turned up but those that did pleased the group as they showed well. 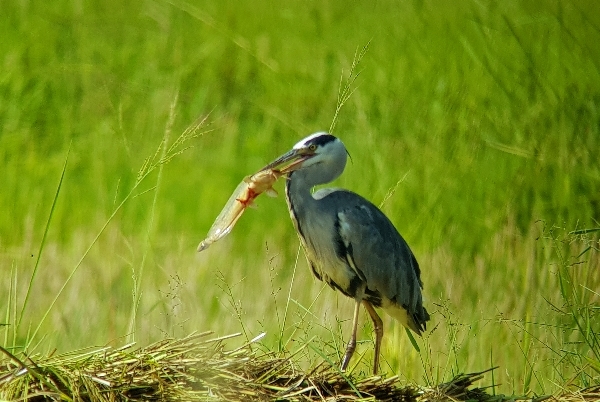 A Grey Heron with a huge Catfish

Once off the bus we walked a hundred meters and Modou called out a crake, the bird disappeared rather too quickly for most of the group but we were certain that it was a Little Crake, another first for the Gambia for me. Next we saw Common Snipe in flight and we found a family party of Pygmy Goose, what a stunning looking goose, it is about the size of a Wigeon, tiny for a goose. 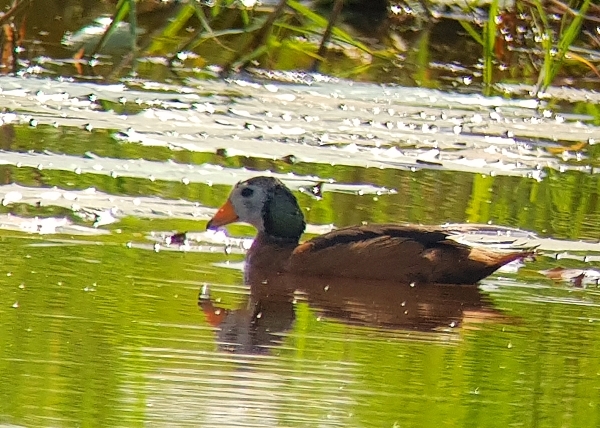 A distant Purple Heron flew over the rice fields as we searched for a Black Coucal, the Coucal never showed up. We logged many herons and egrets and the number of African Jacana was amazing, they were everywhere. We saw Black Crake as we drove to a pumping station and a flock of 10 Ruff flew around the fields as we disembarked.

From the pumping station we took as second walk to look for the Coucal, we added Marsh Harrier, Harrier Hawk, Grey Kestrel and large numbers of Red-billed Queleas, Black-rumped Waxbills and Yellow-crowned Bishops before we saw a Painted Snipe very briefly. 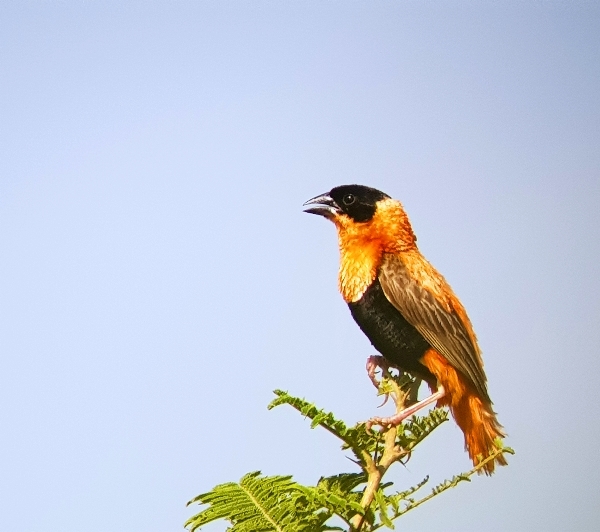 For about 30 minutes we tried to pin down a pair of Black-faced Quailfinches, they gave us the run-around until they finally landed on the track ahead of us, what a cracking little bird. We gave up on the Coucal and sat in the shade of the pumping station watching a lot of weaver activity as we ate our picnic lunch. As we sat many species appeared, we saw Pygmy & Pied Kingfishers, Cut-throat Finch, African Darter, Abyssinian Roller and many egrets. 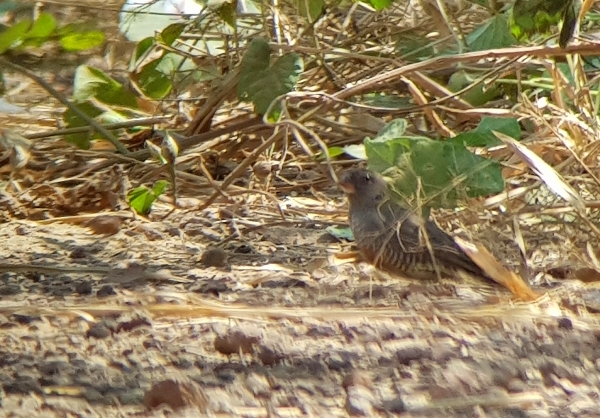 The Tiny Black-faced Quailfinch - this is a female

We left Jakhally around 1pm and set off for Tendaba hoping to arrive around teatime, unfortunately we had problems with the air-conditioning on the bus and had to stop for an hour for repairs. We also stop at several pools hoping for Black Heron or Spur-winged Goose, we saw neither, but we did find a flock of 12 Pygmy Geese, a larger flock of White-faced Whistling Ducks, Green Sandpiper and selection of egrets. 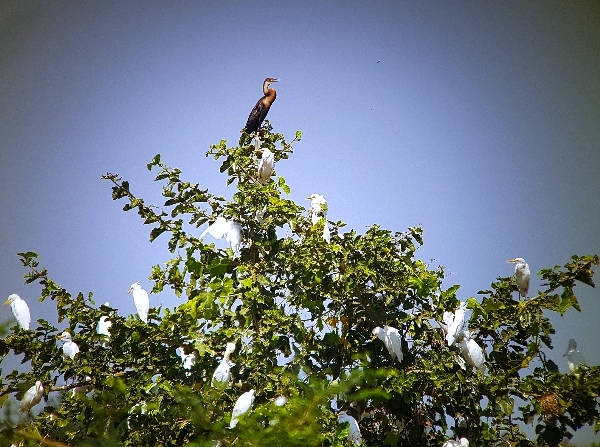 We also made a few stops to try to see a Bruce’s Green pigeon actually perched, this we achieved after several attempts, we were also at Tendaba when all of the group had finally seen one well.

Once at tendaba count the usually confusion at the check-in counter ensued, only this time it was much worse because we had no rooms allocated to us!!  We spent nearly two hours waiting, in the meantime we had dinner in our day clothes and finally got keys to our rooms at 8:30pm. What a way to end a hot and sticky day, everyone went to bed early, hoping that tomorrow would bring better luck!