TRANSFER FROM TENDABA TO SENEGAMBIA HOTEL AT KOLOLI, WITH STOPS AT: KIANG WEST PEANUT FIELDS

After last night’s fiasco with the rooms we were hoping for better luck today and we surely got it. What a great morning’s birding we had by just walking across a few post-harvest peanut fields it was a really great session.

Before we got to Kiang West we had stopped the bus a couple of times to look at perched birds, The Bruce’s Green Pigeon is now a standing joke within the group because we have never seen it perched…….until now! We had really good views of a couple sitting in the morning sun, a Greater Blue-eared Starling sat near them too. The next stop was to look at a pair of Hawk Eagles, also perched in roadside trees, we also watched Shikra, Grasshopper Buzzard, Senegal Parrots and quite a few more species. 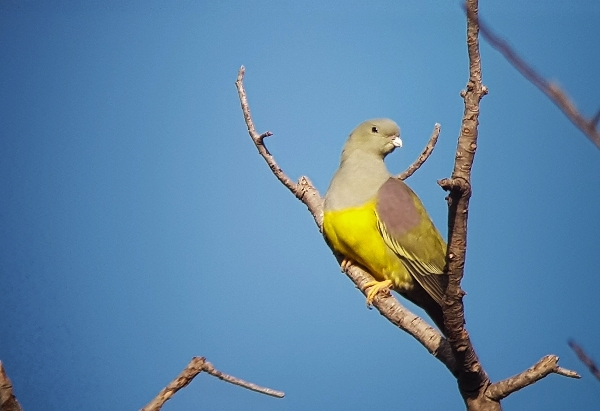 Once in the peanut fields it was just like day 1, birds were flying all around and seemed to be in every tree. Our main target was the Abyssinian Ground Hornbill, and would believe it, one sat right out for us, it stood on sawn off tree trunk and posed for the cameras. Although it was distant, we had reasonable scope views, until it eventually dropped down , into long grass. We did see it twice more, but only in flight.

The Peanut Fileds after harvest 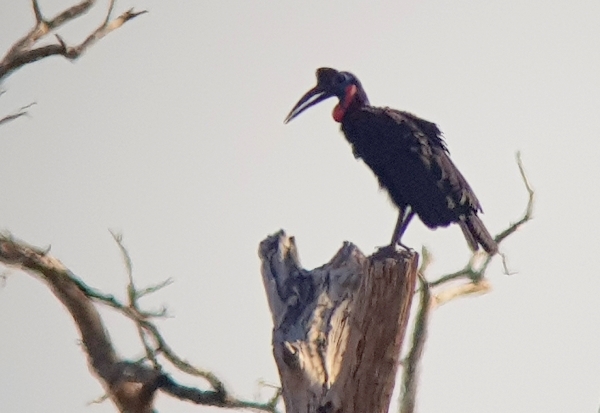 What an amazing start! We walked into open fields looking for other species and before long we were watching an amazing array of colourful birds. It was another day when palearctic winter visitors featured heavily in our sightings, over the couple of hours we saw European Bee-eater (our last possible Bee-eater species for this Tour) Woodchat Shrike, Common Whitethroat, Common Chiffchaff, Willow Warbler and both Bonelli’s Warbler and Eurasian Wryneck were seen by just a few of us. 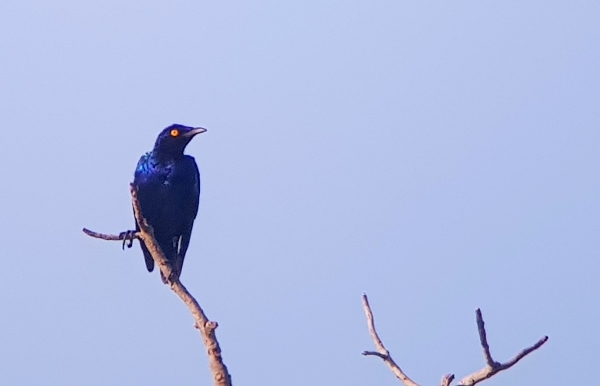 A bird that most of us wanted to see was the Brubru, we heard one calling and spent 30 minutes searching for it, eventually it showed well but only briefly, we all saw it in the end. We also watched Cutthroat Finch, African Golden Oriole, a beautiful male Black-winged Bishop, Variable, Scarlet-chested, Pygmy and Beautiful Sunbirds, lots of weavers and four species of glossy starling. 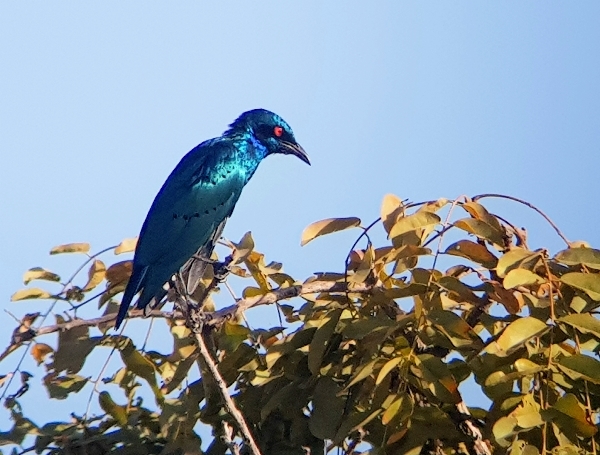 Birds of prey were ever present too, with Dark Chanting Goshawk, Western Marsh Harrier, Grasshopper Buzzard, Grey Kestrel, Hooded Vulture and on our way back to the bus we watched a magnificent male Martial Eagle circling over us. Phew, we saw over 50 species in those few short hours, it was just fantastic, it was sad to leave the area. 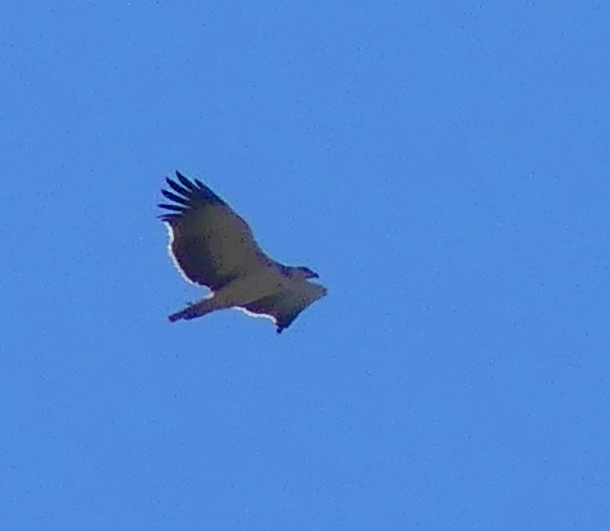 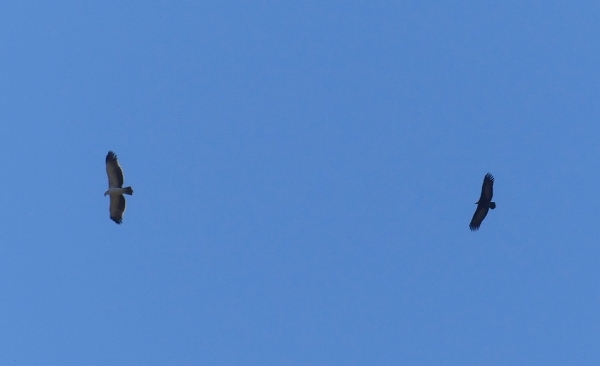 Not long after we had recommenced our journey to the coast we pulled over to watch our first Bateleur, it was a colourful male and it showed very well circling over the trees.

For our lunch break we stopped at Campancy which is a regular stop for Modou, our guide, it is a place where you can see a good variety of raptors. It was 1pm when we arrived and after eating our picnic lunch we began to watch the sky.

Apart from the ever-present Hooded Vulture we saw Wahlberg’s Eagle, African Harrier Hawk, White-backed Vulture, Yellow-billed Kite, both Grasshopper and Lizard Buzzards and  a Lanner Falcon appeared at least 3 times. It was amazing watching all those birds high up on the thermals, we also picked out Pink-backed Pelicans and Woolly-necked Storks.

A short walk into the rice fields produced closer views of Harrier hawk, Lizard and Grasshopper Buzzards but not much else.

We recommenced our journey around 3pm and arrived at our hotel at 5pm, it was so nice to be back at our coastal hotel with hot water, air-conditioning, nice beds, beautiful gardens and wfi.