We are now back on the coast and today we headed south to Kartong where a British guy founded a ringing station back in 2012, the Kartong Bird Reserve has a few ponds, a small wetlands area and a beach to visit.

We set off at 8am and headed south reaching Kartong an hour later. We scanned the reed-fringed  pools as soon as we got off the bus. They produced a few species but were generally disappointing, we saw Purple Gallinule (Swamphen) for the first time, a huge number of White-faced Whistling Ducks and a  Spur-winged Goose which flew off as soon as we got there. Overhead we watched Pink-backed Pelicans, a Lanner Falcon and a Long-tailed Glossy Starling mobbing an African Harrier-Hawk. 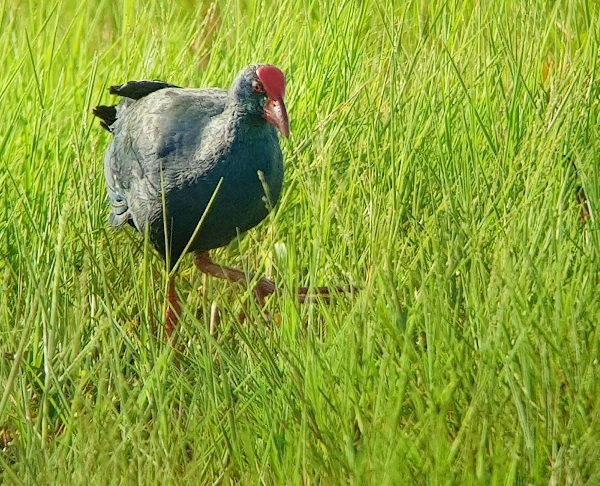 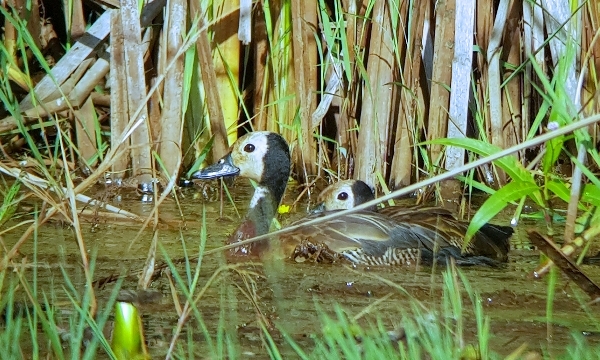 Further scrutiny of the wetlands produced a brief sighting of  a levaillant’s Cuckoo. Kartong is well known for its ringing station and so that is where we headed to next. We walked a few hundred meters into some scrub and a wooded area. The ringers were going full pelt, they had about 15 nets up and about 10 ringers were very busy processing their catches.

We watched them demonstrate the weighing, ringing and ageing of a number of species and we were shown moult patterns etc. African Thrush, Yellow-throated Leaflove, Snowy-crowned Robin-Chat, Common Gonolek, Bronze Mannikin, Grey-backed Camaroptera and Yellow-fronted Tinkerbird were all seen in the hand. 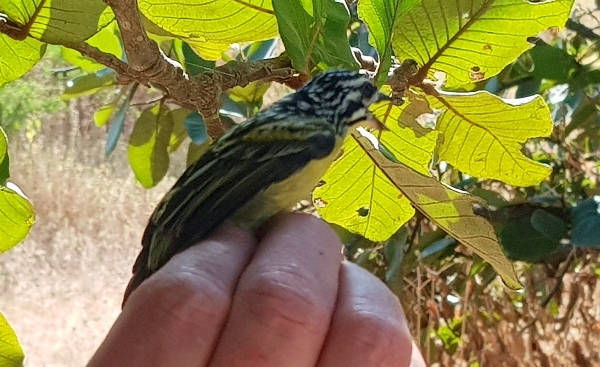 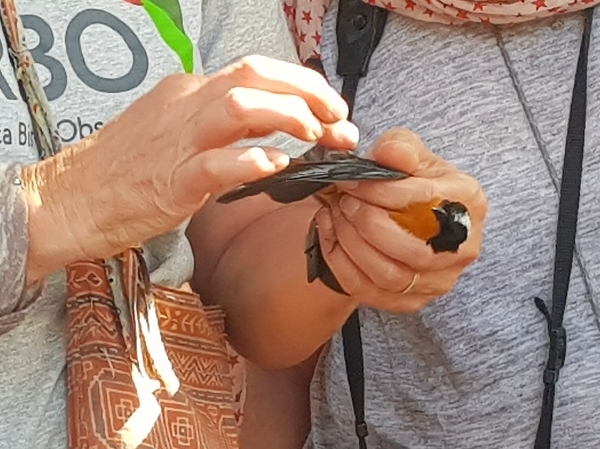 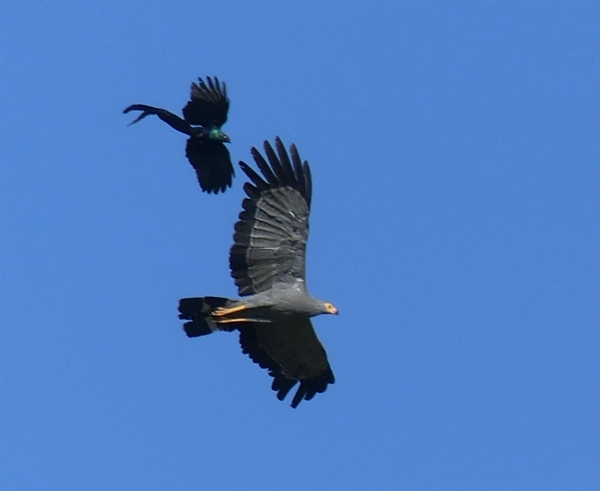 From the ringing station we jumped onto the bus and drove to the beach where we spent an hour or so looking at waders, we had one main target bird, the White-fronted Plover. A large flock of some 100+ Sanderling were feeding on the shoreline with a few Ruddy Turnstones, several Whimbrel and a couple of Grey Plover, we also listed 3 Ospreys and a single Eurasian Oystercatcher.

Walking a little further we saw our target bird, just a single individual, but one is enough, four others turned up a little later. We could see a huge flock of roosting gulls and terns much further down the beach near the town of Kartong, we could also see the border with Senegal. So we decided to go back to the bus and drive to the village, on the way back to the bus we found a single Common Ringed Plover. 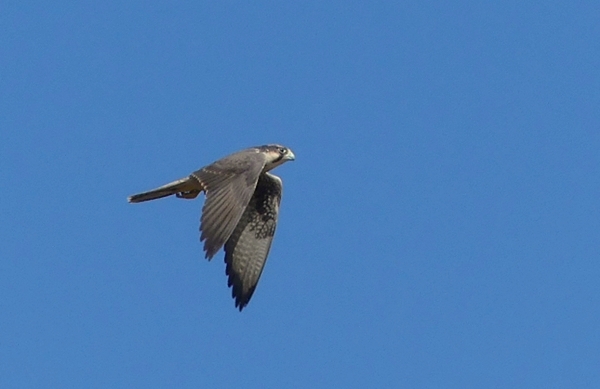 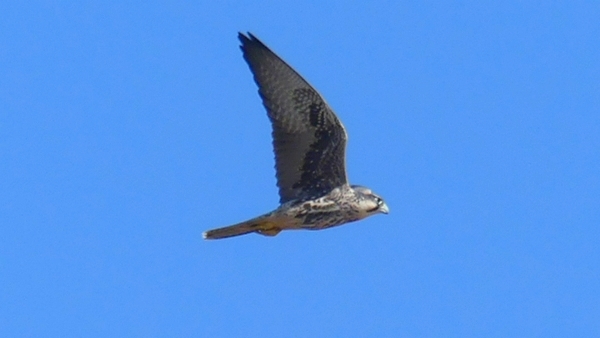 From our new position we walked to the gull roost and spent another hour scanning the beach and sifting through the gulls and terns. We found hundreds of Caspian Terns with just as many Royal Terns, also many Sandwich and Common Terns. The gulls were mainly Grey-headed with a few Lesser Black-backed Gulls. We found a single Bar-tailed Godwit and more Whimbrels and Sanderlings. 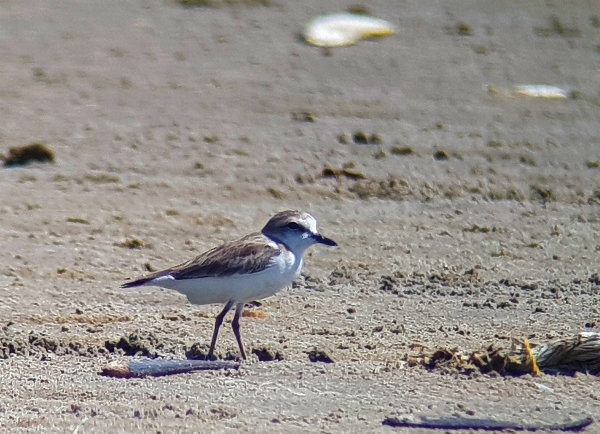 The star on the beach - White-fronted Plover

It was now getting very hot and the smell from a sardine processing factory was putting us off lunch, so we departed and drove all the way northward to Tangi for a sit-down lunch in our favourite restaurant. It was very late by the time we finished lunch, 4pm, so we decided to call it a day and head back to Kololi and our hotel.

a collection of terns with a Grey-headed Gull.  We have: Caspian, Royal, Sandwich and Common Terns 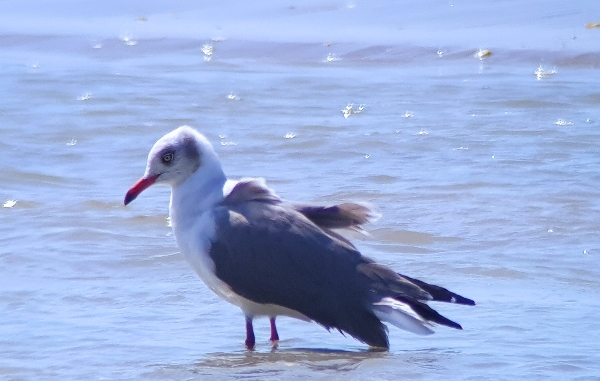 The usual Saturday night barbeque was put on for dinner and afterwards we went through our checklist, we have now seen 266 species with two and a half days to go, I don’t think that we are going to make the 307 total of the last WINGSPAN  trip here, but we shall certainly try.