Our last full day had arrived and still we were looking for new species, our list falls just short of our last visit and we hoped to make up a few species during our visit to Marakissa.

The area we visited was in the south near to the border with Senegal, we spent the morning walking tracks in open woodland and scrub. On arrival we found our first African Green Pigeon of the trip, what a stunning bird and one worth waiting for. Then we had great views of African Pied Hornbill, some of the group had not seen that one at all. There followed a flurry of sightings involving many common species but nothing too remarkable. We searched for Red-shouldered Cuckoo-Shrike and leaflove but neither turned up.

It was slow going out there, we heard much more than we saw, an African Golden Oriole gave us the run around and still never showed. Eventually we found a Leaflove, but it was very elusive and only showed in short dashes in flight.

A red-winged Warbler was also on our wanted list, this bird was calling, but once again, it remained elusive and we hardly had a glimpse of it. After nearly 3 hours in the field it was now getting hot so we headed back to the bus. A short drive found us at Marakissa Lodge where we spent the next few hours relaxing in the shade watching bird feeders and we took lunch there too.

watching the feeders at Marakissa Lodge

A lagoon lies adjacent to the lodge and produced sightings of Grey Heron, Long-tailed Cormorants, African Darter, Spur-winged Lapwing and Senegal Thick-knee. We also saw a Nile Crocodile, a Monitor Lizard and a couple of Sun Squirrels came down to the feeders. 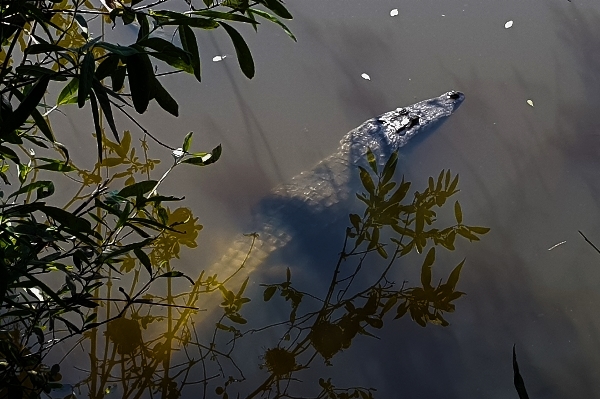 More birds arrived as we watched the feeder after lunch, a large flock of Piapiacs (25) were so noisy, also noisy were a group of Black-headed Babblers, Purple Glossy Starlings arrived just after. Later we  White-crowned Robin-Chat and when the group went for a walk one or two stayed behind and they saw Palm Nut Vulture, Giant and Blue-breasted Kingfishers.

part of the lagoon at the lodge

The majority of the group went down to the rice fields where some open areas of lily ponds and fields could be scanned for more species, in particular we searched the reed bed fringes for Allen’s Gallinule, but one did not appear. We see Malachite and Pied Kingfishers, Spur-winged Lapwing, White-faced Whistling Ducks, Western Reef, Cattle and Great egrets and a party of yellow-billed Oxpeckers. 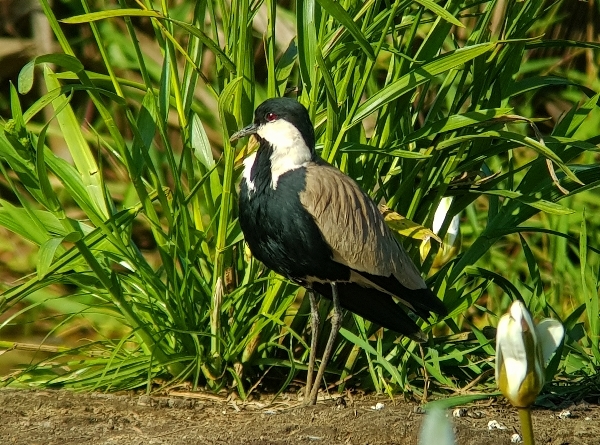 Towards the end of our walk Modou, our guide, found a Black Egret, we all eventually saw performing its ‘Unbrella’ fishing technique, a most wanted bird finally on the list. Whilst watching the Black Egret we also found our first African Spoonbill, a juvenile bird that fed nearby in the marshes. 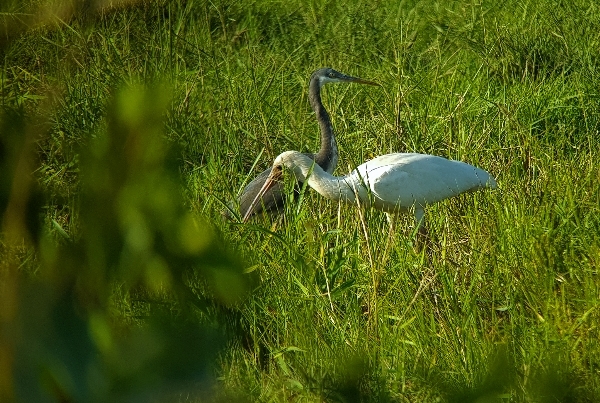 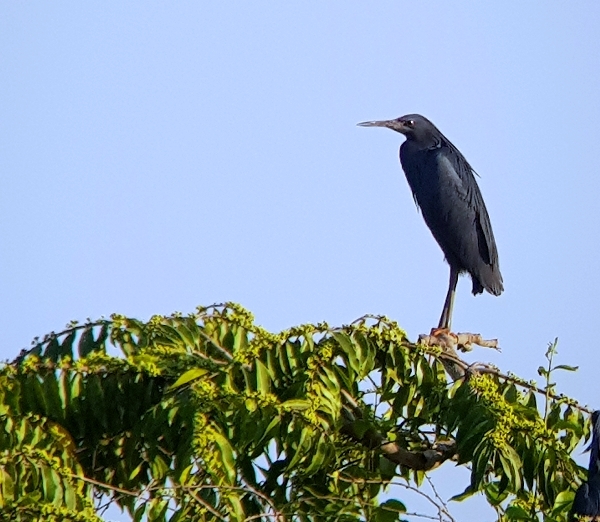 We finished at 5:30pm and drove back to the hotel, our last day was over, we still tomorrow morning left for a bit of birding before we all go our separate ways having different flight times.