WEATHER: no change, hot and sunny all morning. 25C

Our very last day had arrived and we had only a few hours of birding time left, so we met for breakfast at 7am and set out at the usual time of 8am.

We headed into Banjul with the typical heavy rush-hour traffic, but we turned off onto the unmade Bund Road which led to the docks and the Ferry Terminal. We stopped a couple of kilometers from the docks and birded a rubbish-strewn marsh area that had quite an unpleasant smell. The water was black and so was most of the mud around the pools, but the area was covered in birds, many waders, egrets, herons and kingfishers.

Spur-winged Plovers in the rubbish-strewn pools of Bund Road

In the first pool we scanned we found a Tree Pipit in the scrub at the edge of the mud, how unusual was that? A nice collection of waders were seen and included: Ruff, Curlew Sandpiper (with only one foot), Common and Wood Sandpipers, Common Redshank and Common Greenshank, Greater and Little Ringed Plovers, a single Grey Plover and dozens of Spur-winged Lapwings. 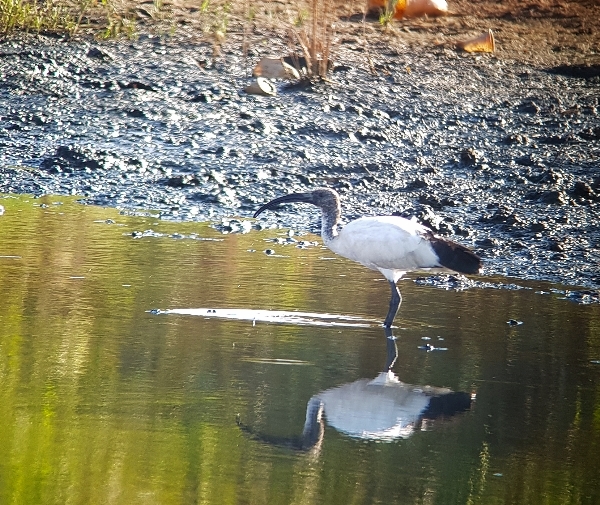 A Sacred Ibis in not so sacred water

Both Yellow and White Wagtails fed in the muddy areas and we also noted several Pied Kingfishers, Malachite Kingfisher (1), our first Sacred Ibis, plenty of Western Reef Egrets, Great Egrets and a couple of Striated Herons.

Our next stop was another kilometer further towards the docks, we had a panoramic view of the mighty River Gambia, the tide was high so no exposed mudfalts were present. Out on the water we scanned a gull flock which held about 20 Slender-billed Gulls and a dozen Grey-headed Gulls. We also noted Lesser Black-backed Gulls and a few Common and Caspain Terns.

Looking northward across the wide River Gambia at full tide

On the other side of the road, we saw Crested Larks and a mid-distant large pool of shallow water, it held hundreds of birds, mostly Grey-headed Gulls, but we also found Gull-billed Terns, a selection of waders, African Spoonbills, Sacred Ibis, Great Egrets and the wonderful Black Heron. Two of these unique ‘umbrella’ birds were present, one of them was in fact, fishing using the ‘umbrella’ technique, how marvellous for all of us to see.

Before we turned around and headed for the hotel we drove to the beach just west of the ferry terminal. It was like complete chaos, it was a heaving mass people doing all sorts of things, loading or loading small boats, fishing, packing or packing goods, loading people on and off Ferries. Despite all this noise and movement taking place large numbers of gulls were sitting in the water or loafing on the beach. 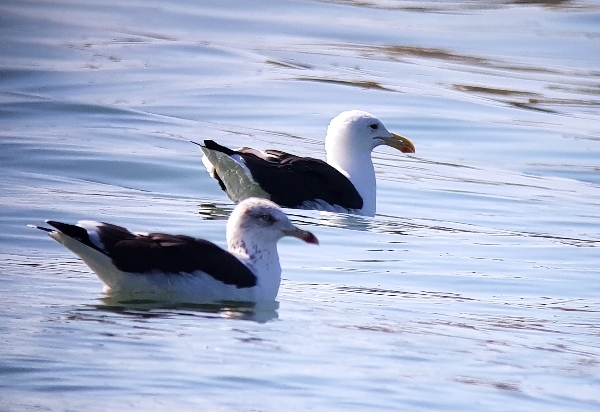 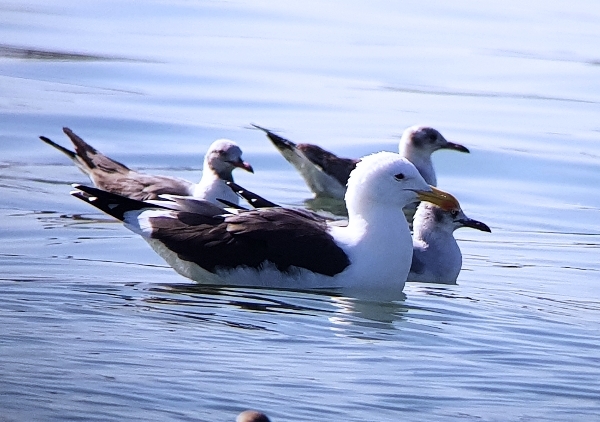 To our great delight, our most wanted species flew around us very close, the Pomerine Skua appeared in small numbers, we saw about 10 in various morphs and plumages. A bonus bird there, was the Kelp Gull, at least 6 of them sat out on the water just offshore with Grey-Headed and Lesser Black-backed Gulls, it was good to compare the different sizes of these three gulls. 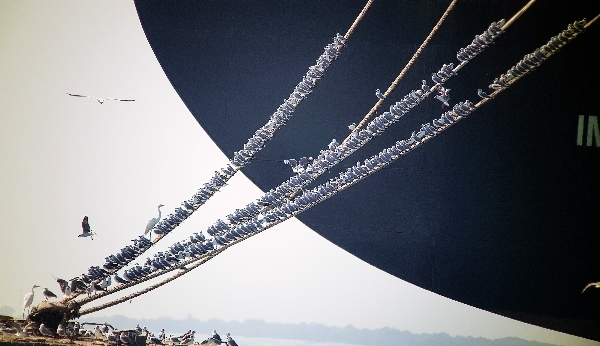 Hooded Vultures on the lawn outside our rooms, they are fed daily around 11:30am and then loaf around for hours afterwards

Our final species tally was an excellent 284 species, I couldn’t get a ‘bird-of-the-trip’ from anyone but most agreed that the spectacular Kingfishers were high on their favourites list. Bee-eaters were also mentioned, the number of colourful birds found here is truly remarkable, if you want to see them why not join us in 2020?