It was another terrific birding day in sunny Gambia! We arrived at Brufut Woods around 8:30am it was overcast so the temperature remained relatively low, it was still quite humid. 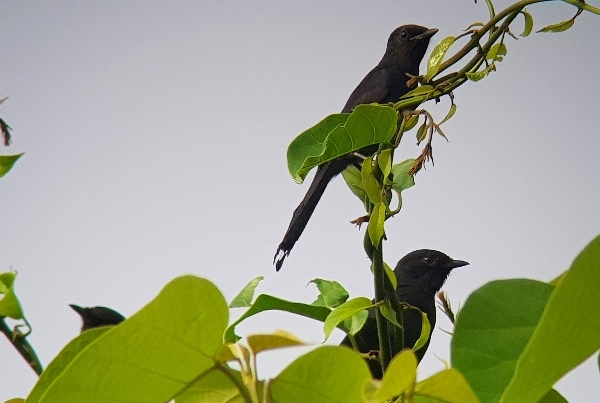 As usual the woodland along the approach track to Brufut were very productive, the first hour was amazing we saw so many species my mind is totally boggled. I can’t remember the sequence of our sightings but suffice is to say that there were of oooh’s and aaaaah’s.

a typical track along Brufut Wooda

We watched a family party of Northern Black Flycatchers before we went to see a nest of the Beautiful Sunbird, quickly followed by a nest of the Oriole Warbler. The Sunbird was sitting on eggs and the warblers were feeding young, they didn’t show too well. 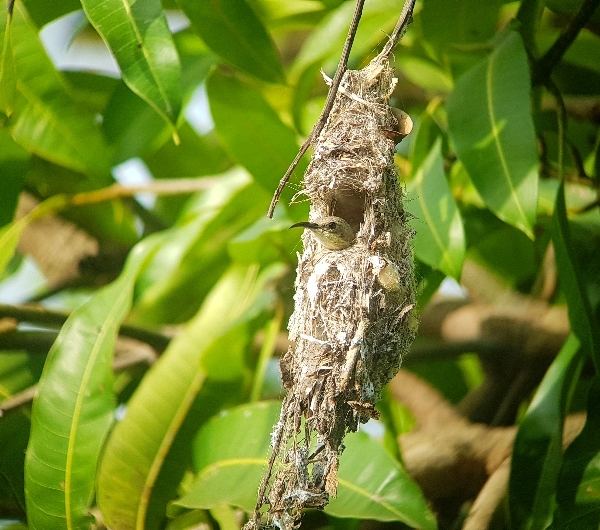 A single tree produced about ten species, we started with the flycatchers, Northern Black and African red-bellied Paradise Flycatchers, then we saw Yellow-throated Leaflove and a superb bird was the Sulphur-breasted Bush-Shrike, what a stunner. 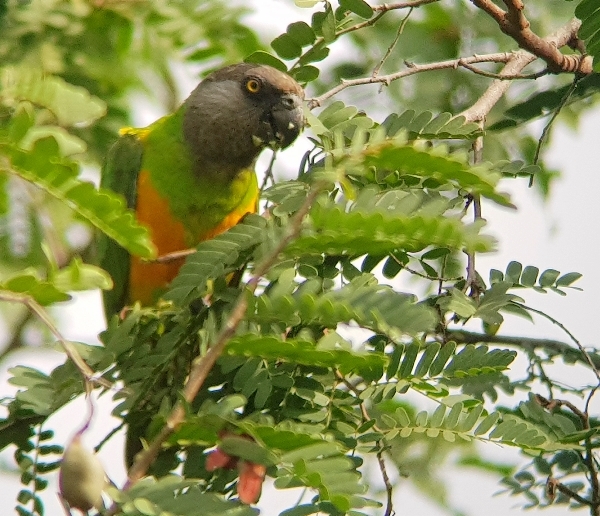 Walking further along the tracks we bumped into Senegal Eremomela and then Grey-backed Camaroptera, you try calling those names out after a couple of beers! Northern Crombec, a tiny , tail-less bird with the colours of a Eurasian Nuthatch, then a Tawny Flanked Prinia showed well and a pair of Red-necked Falcons sat nicely for the cameras. 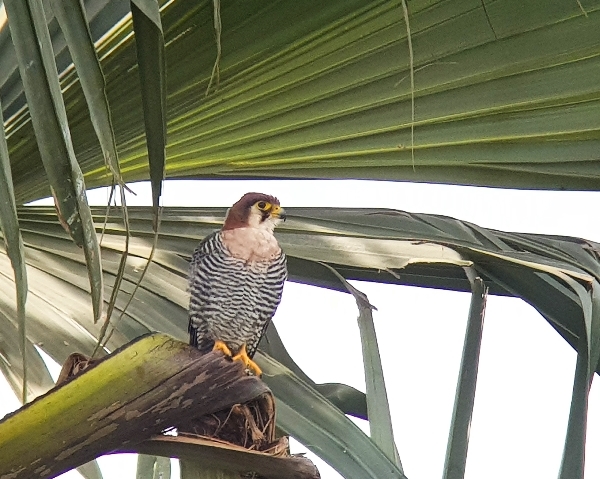 A local guide led us straight to a pair of roosting Northern White-faced Owls, they were excellent, then we bumped into a Levaillant’s Cuckoo, a Black-winged Kite, Senegal Parrots, African Grey Hornbill, Shikra, Blue-bellied Kingfisher and we staked out a family party of noisy Stone Partridges. 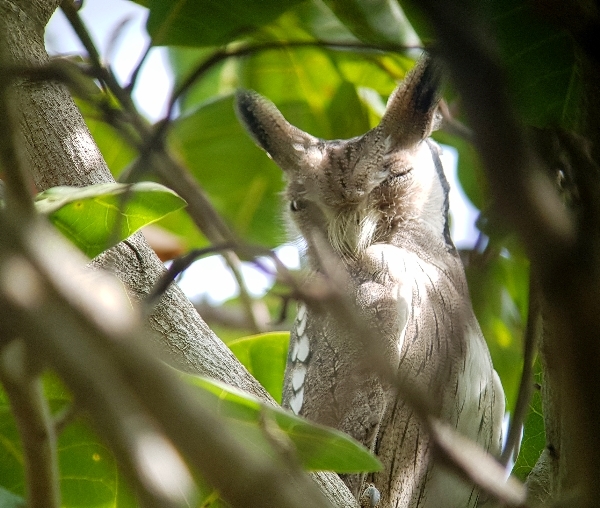 Three hours flew by, we must of seen 60 species by then, but even better birding was to come. We entered the woodland and we were led to a seating area where three large water containers were hanging in the trees or were placed on the ground. We watched in awe as a series of fantastic birds came to drink or bathe. I can’t tell how great it was we were mesmerised. 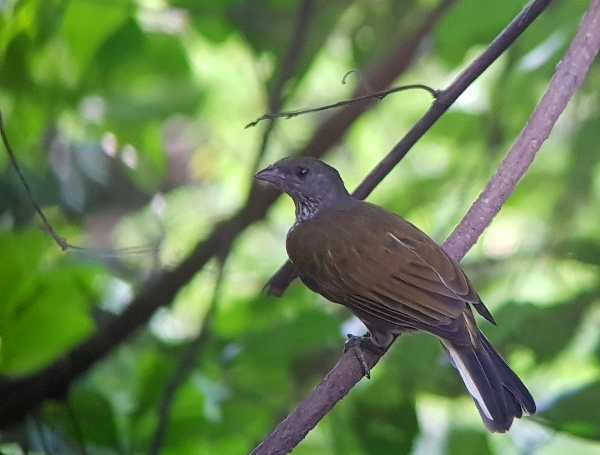 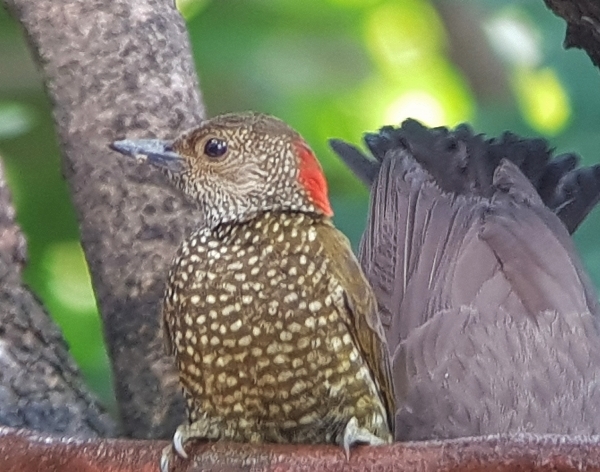 Just before we left the woods we were taken into dense scrub to see a roosting Long-tailed Nightjar, that was superb. Whist there we added Swallow-tailed Bee-eater, Yellow-fronted Canary, Variable Sunbird and Cardinal Woodpecker to the list. 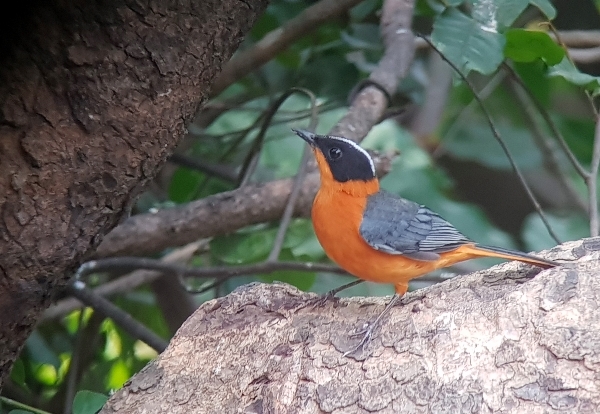 It was now 1pm so we set off for the short journey to the coast at the fishing town of Tanji. We ate a lovely lunch in a very clean and modern restaurant before we went birding along the beach. 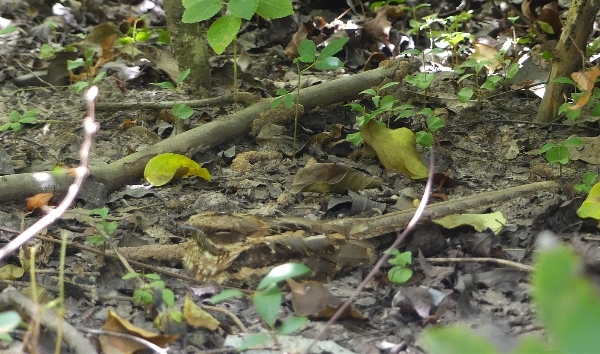 The beach was the aesthetically displeasing I have every seen, covered in little and heaps rubble, trashed boats and piles of oyster shells. And yet, the sea and beach area was teaming with birds, hundreds of them. Grey-headed and Lesser-black-backed Gulls, Caspian, Lesser-crested and Royal Terns and a selection of waders, egrets and herons. 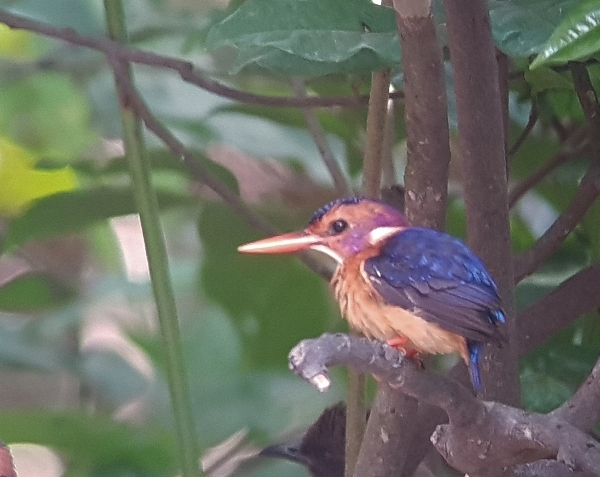 We had one place left to visit before we returned to the hotel and that was an Eco Lodge found a few kilometers further along the beach, we drove there in a few minutes. At the lodge we settle down in comfy seats to watch the bird activity and around a pool of water, a repeat of this morning almost. 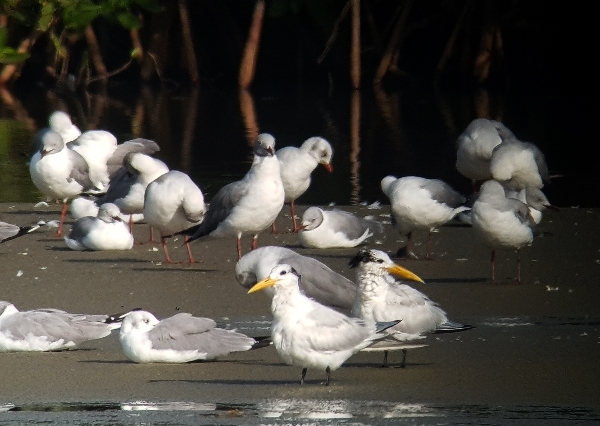 The main attraction was the Western Bluebill, top of the bill and it did not disappoint, what a cracking bird, my photo does not do it justice. We also watched our first African Paradise Flycatcher, also Orange-cheeked Waxbill, Little greenbul, another Snowy-crowned Robin-Chat and another Pygmy Kingfisher. 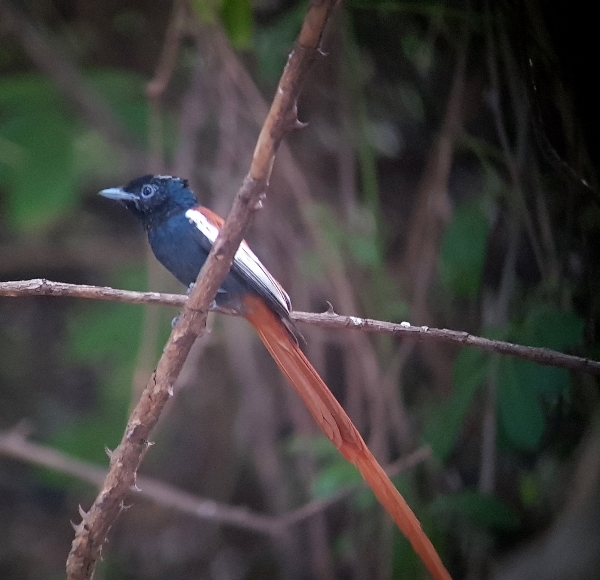 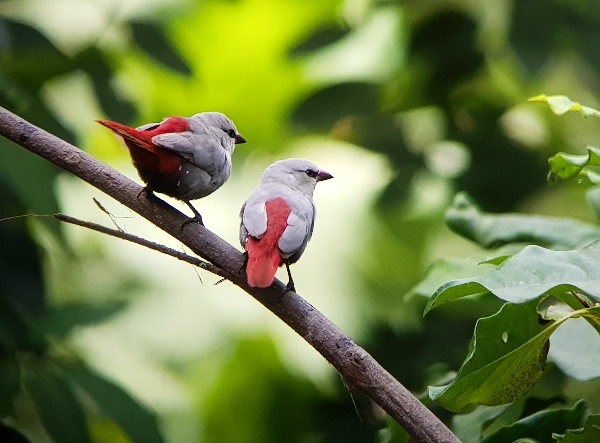 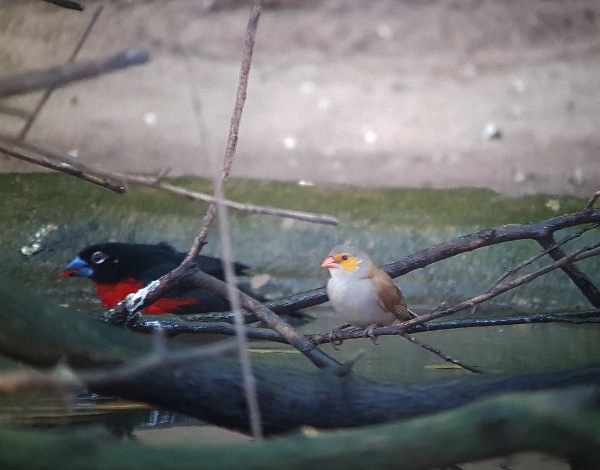 record shot of the Western Bluebill with Ornage-cheeked Waxbill

A very pleased group returned to the hotel arriving around 6:15, dinner was taken at 7:30pm, it was lovely sitting out on the terrace with a nice warm breeze and an ice cold beer.