Well the day had arrived for us to take the famous Tendaba Creek Crawl, I love this because you  a see many species at close quarters. We set off at 8am amnd headed across the wide expanse of the the  River Gambia. Even though we are 150 kms from the coast the river is still tidal and the water brackish. On the shoreline we saw Hammerkop, Western Reef Egret, Great Egret and Yellow-billed Black Kite. 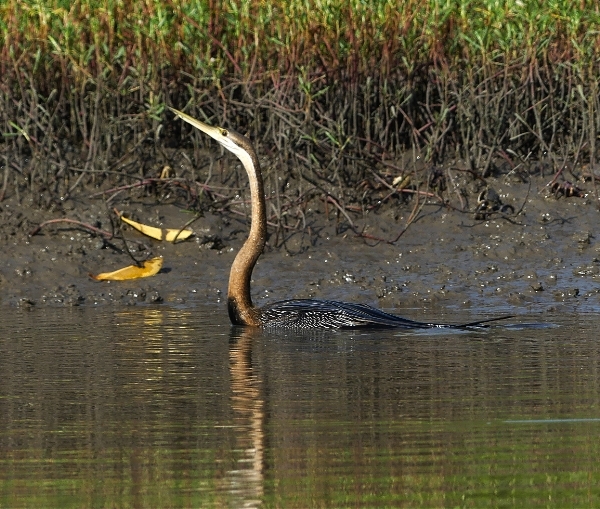 Once we entered the mangrove swamp the boatman killed the engine somewhat and we crept up the creek, we quickly found African Darter, the first of dozens that would appear in trees on  either sides of the  creek. Before long we were watching Mouse-coloured Sunbirds attending their nest  and we had our first encounter with African Blue Flycatcher this first sighting was very brief. 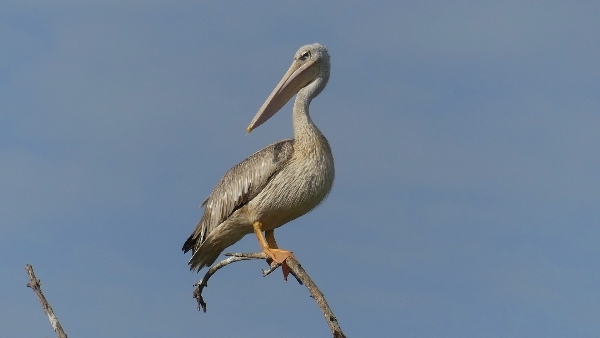 It got better  and better as we travelled further up the creek, a Goliath Heron sat out nicely and we added Intermediate Egret, White-throated Be-eater and Black Scimitar-bill. There were also many. many, egrets, herons and waders. We saw Woolly-necked and yellow-billed Storks, Mosque Swallows and two Night Herons, both of these were difficult to see but everyone got on them in the end, the white-backed night heron is something very special. 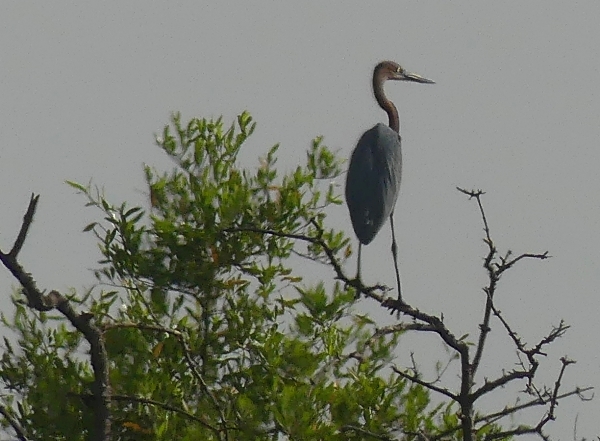 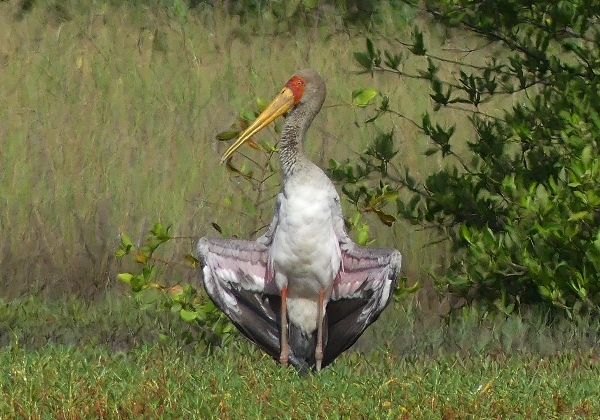 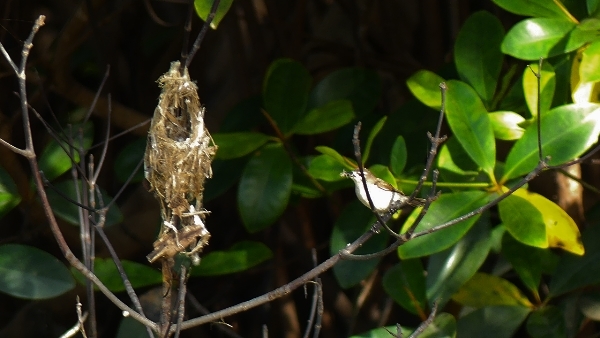 record shot of the Mouse-brown Sunbird  and nest - Sue Hayes

Our final sighting before we left the creek was that of African Blue flycatcher, this sighting was much better than the previous one and nearly all of the group saw it well. We arrived back at Tendaba around 11:30 am and some of the group decided to go for a walk before lunch. 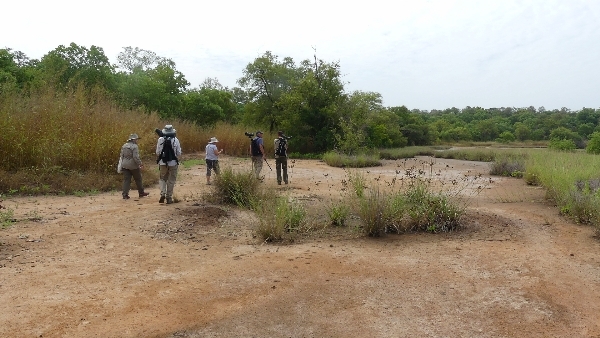 walking behind the Camp at tendaba

A  pathway behind the Camp led us along the shore of the river through open woodland and mangrove swamp, we found an open area where we stopped to watch the area for a while. A small pool attracted several species to drink including Yellow-fronted canary, Red-billed Firefinch and Red-cheeked Cordon Bleu. 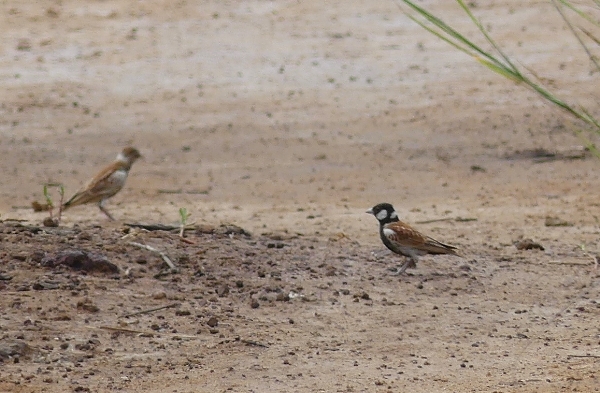 A pair of Chestnut-backed Sparrow-Larks ran along the shore and a Levaillant’s Cuckoo sat very close for a short while. We also watched Purple Glossy and Long-tailed Glossy starlings, Grey and Red-billed Hornbills. Abyssinian Roller, Village Weavers and several more common species.

After along lunch break when most of us had a nap we met up at 3:30pm for an excursion into the nearby Kiang West National Park. We made several stops along the main track that bisects the park with varying amounts of success. One stop produced Pygmy Sunbird, the male has a fantastic elongated tail, also seen were Variable and Violet Chested Sunbirds, our first Bush Petronia, Brown-backed Woodpecker, White-fronted Black Chat and many more species. 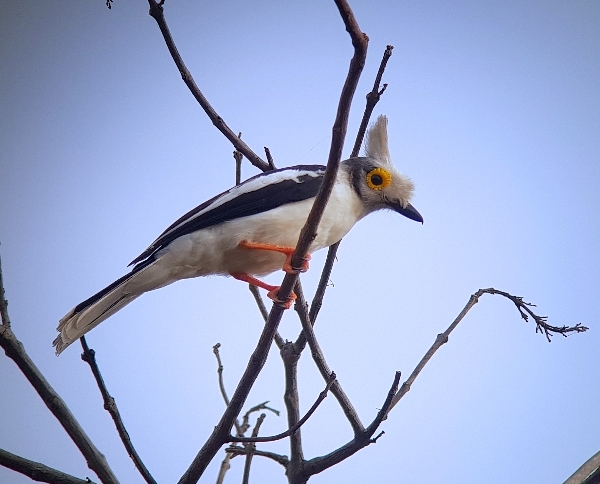 The bird of the afternoon was undoubtedly the White Helmetshrike, what an obliging and stunning bird. This species is never seen alone there are always a group of them, we saw seven and they gave us all such a delightful show. 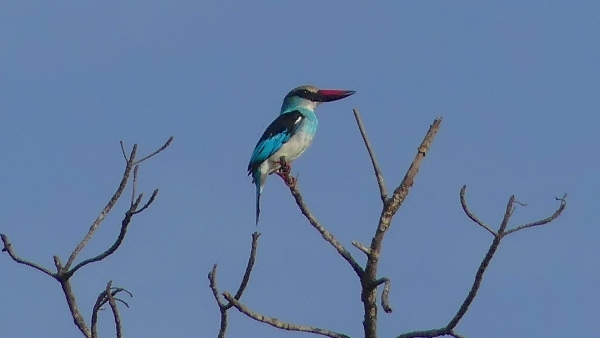 We left the area around six and returned to the Camp, dinner was late, we ate at 8:30, but I must say that the food at Tendaba is really good even if the rooms are something to be desired.